So, this is the final post I’ll be doing that is related to E3! After this, it’ll just be updating the game list :P But yes, one of the cool things we did get to do was try Little Orbit‘s E3 Line-up one-on-one. I’m going to go through all four games we were shown and give my opinion on each. Zero will also be putting up his opinions on the first two games over on his website soon too.

The first game up was Kung Fu Panda: Showdown of Legendary Legends which was essentially a brawler game similar to Smash Brothers.

The game is coming out due to the upcoming movie and all roles will be reprised in the game. 20 characters will be available at launch along with 4 DLC characters coming. Not all were available for us to be picked (as some can’t be announced yet), but there was still a good amount there already.

I ended up choosing Tigress while Zero chose Tai Lung. All the stages were lovely and certain objects and areas of the stage could be used to damage your opponents. I would say the hardest part is I never really felt I had gotten the controls down–I feel like I mostly just ended up jumping/floating around regardless of what I pressed and rarely actually did any damage.

Characters also had a special attack that pretty much guarantees knocking out an opponent that can only be used when your “Awesome meter” fills up. Tigress’ unfortunately was not working, but Tai Lung’s special was pretty cool. While the modes, different characters, and mechanics seemed interesting enough, there was just something off about the controls the entire time.

The next game was probably the game we enjoyed the most (and also the one that felt the most “done”). I will start by saying I’m not really an Adventure Time fan–I’ve only seen a few episodes, I know a good amount due to friends, but it’s never been my thing. That said, this game made me want to watch the show and I actually really want to get it regardless.

Adventure Time: Finn & Jake Investigations caught my eye just due to my love of mysteries. The characters are all voiced by the same people in the show and you’re essentially trying to find out what happened. You also can find/earn treasure to fill up a familiar now-empty room.

Despite the fact that the game is in 3D over the usual 2D of the show, it actually works quite nicely. 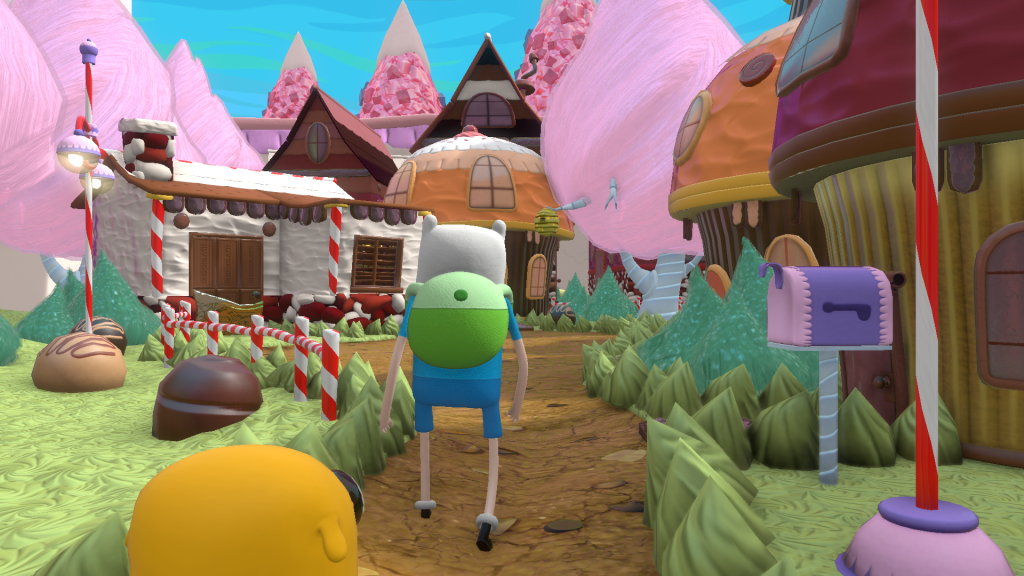 You can find various clues/interact with many objects (usually shown by a sparkling animation) and hear the characters comment on it. There’s also fight scenes that are done both creatively and fit well into the game’s story. 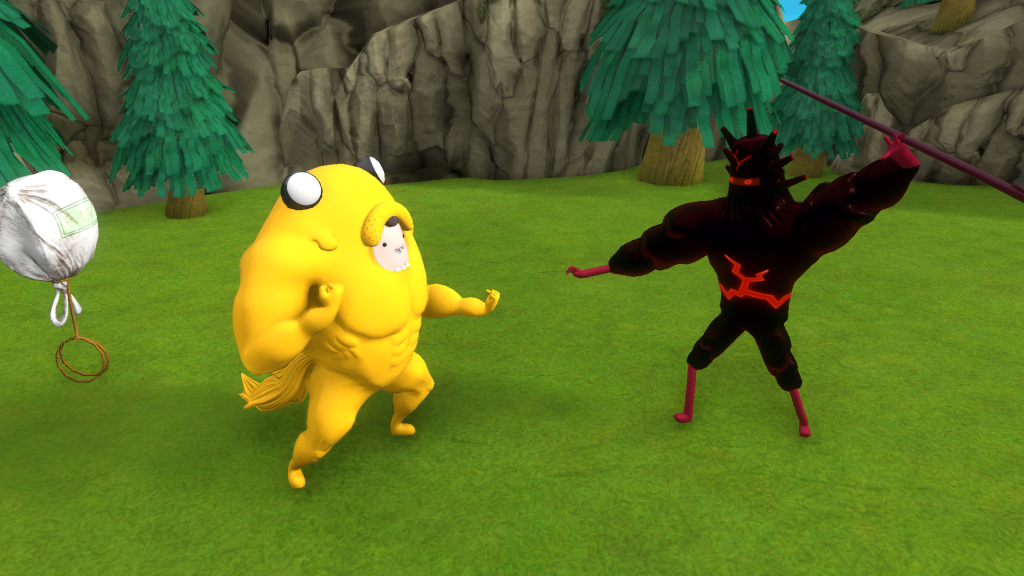 It’s just a really fun game–my only “complaint” is I’d have loved to see more of it, but if it looks as good as it was when we saw it, I expect the game to do really well.

The employee we spoke to also mentioned that the game is really good on the Wii U so I’m guessing the mystery function works quite well on the GamePad. They didn’t have a WiiU set-up for us to see, but it made me excited regardless.

The next two games are still in Alpha so I won’t have as much to say, but we did get to see both so I want to at least mention them.

Monster High: New Ghoul in School. While it’s not the only Monster High game that introduces the “Design your own Monster and Enroll in Monster High” gameplay, I feel it’s done much better than Ghoul Spirit. There are tons more options, lots of customization things, and much better gameplay. The school is huge, there’s all kinds of cool jump puzzles and puzzles in general, and the writing fits the characters well. While I only have a few Monster High Dolls and you could tell it was still in Alpha, I’m pretty excited to see what they may do with it.

No idea on if you’ll be able to customize your room in the game as well, but I’m hoping!

In an even earlier Alpha Phase than the above, we have the final game we were shown:

Barbie & Her Sisters Puppy Rescue. The game features Barbie, Skipper, Stacie, and Chelsea (why, Mattel T__T) rescuing adorable Puppies around town. After you clean/heal/take care of the puppy, you can find their owner! Some Puppies may have an owner already that you will be reuniting them with while those without an owner you can find a good home from a list or even keep yourself and have your own puppy army. I will be doing the latter for many puppies.

The game’s main focus is really to teach kids how much work having a dog is as you will have to do things like cut their nails or brush their teeth. The game was still in very early Alpha so most of it wasn’t done yet, but it’s being made in honor of the upcoming movie and will have the same voice cast. There are currently 6 different dog breeds each with 3 different colors/patterns. I’m hoping they will add a lot more than that as even counting color patterns, 18 doesn’t seem like that much (For reference, Nintendogs plus Cats has 19 different dogs before you even go into color/pattern variations).