So, I had asked people if they’d rather see everything together or in separate posts on Twitter and separate posts won! Thus, some of these entries may be a bit short, but I hope people enjoy them regardless.

I think, in general, I need to get more comfortable with shorter entries and not always worry about it so much. This one is still a bit grouped, but that’s because I will be bringing up some issues in relation to the capture cards I use and my computer which has to do with the recent videos of Miitopia, but also why Pokemon now has to be on pause (which is a shame as I felt up to playing more recently–both Pokemon and Miitopia).

Regardless, I finally did something I had been hoping to for ages now: I beat Miitopia. 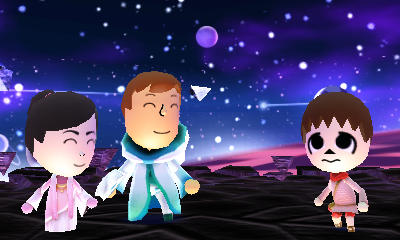 Sure, there’s still post-game, but it’s so nice to have finally hit the finale. In general, the game is a lot of fun antics-wise, but it’s really supposed to be silly and kind of contradicts itself in that regard.

The game has the monotony and grind of a normal RPG, but with less freedom to actually move around going into rails and choices for which way you feel like going… And honestly, I think part of my issue is I wish they just stuck to one. It’s incredibly monotonous to play through the same level 6 times just to hit each diverging path. It doesn’t change up enough and there isn’t much strategy to the game (which I will admit I don’t mind) when you can only control the player character. Your party members always work on their own so most of the time, I feel like I’m just holding the B button to fast-forward to get through as quickly as possible.

I love when unique things happen. I love the story. But the gameplay is so exhausting and if it wasn’t for a friend’s help with leveling, I’m not sure when I would’ve gotten to level 50 in order to continue (which… I likely didn’t need to, but it’s how I feel most comfortable playing).

Despite that, I really want to see the game fully through. The credits were really nice as well and I am happy I played the game, I just… Wish there was more to it I guess? I don’t know, it’d be neat to see the characters grow more too rather than it being eventual repeating dialogue. I don’t know if I’ll fully complete the post game or get all the medals (though, I’d like to, but I may do most of that off a recording), but I hope I can at least see all the different areas.

Sadly, at least some of the medals are a “wait until the quest you need” pops up which is… annoying. Quests switch out daily and it’s a bit frustrating. Even though I believe certain areas are judged by a day of the week, I don’t really enjoy having to wait for a specific day to be able to do something unless the entire game is like that… Which Miitopia is not.

Finally, I will say I really enjoyed the credits, it was pretty cute. 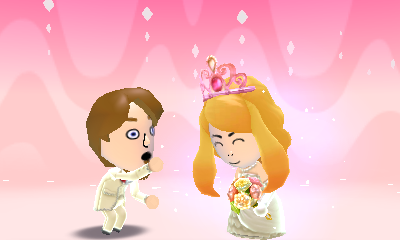 Our next area currently seems to be the Beach, which is nice, but I sadly don’t know exactly when we’ll be continuing it.

And this wraps around back to what I mentioned at the top with both this game and Pokemon and honestly, pretty much every console (whether hand console or home console) system I have.

Essentially, Windows 10 uses up a lot of RAM. Even more so with recent updates. And without enough RAM available, the console recordings lag and the 3DS recordings have audio delay. If I’m lucky after first restarting, I may be able to get something for a while, but there’s no guarantee and right now I’m not in a position to be able to buy (or even set my computer up with) more RAM.

I could, of course, just record 3DS games without sound, but I know most people don’t want that. Similarly, while the small skips for console recording isn’t the end of the world, that actually really bugs me (I play enough things without sound that watching a video muted works fine for me), but it just sucks being so powerless to do anything about it.

So, once those issues are ironed out, hopefully both series can come back. I desperately want to finish the Pokemon games before the Gen 8 game comes out and even more so, I really want to clear most of this backlog before Animal Crossing. But we’ll just have to see how it goes.