So, last Wednesday was a big press conference for Pokemon Announcements. I mainly just expected more information on Isle of Armor, maybe with some more teasers for Crown Tundra, and at most possibly something in relation with Pokemon GO, the Detective Pikachu sequel (aaaaah), and Pokemon Sleep (which we still haven’t heard of).

To my surprise though, we had gotten three new announcements– Pokemon Smile, Pokemon Cafe Mix, and a game I have dreamed of since I played the very first one: A sequel to Pokemon Snap.

In general, anytime I see 3D renders of Pokemon, I get excited as most spin-offs featuring 3D models are some of my favorites (Stadium, Colosseum, Snap, etc.) so it had my attention from the first screen. 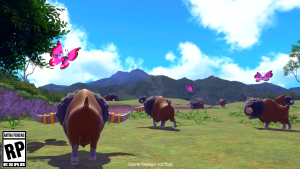 And when the Wailord showed up, slowly popping out of the water, I whispered “Pokemon Snap?”– a hope I couldn’t help but have. All the Pokemon? Seeing them in these natural environments? The spin-off I’ve wanted for so long? 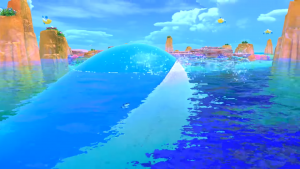 So when I saw this, I screamed. And then nearly cried. 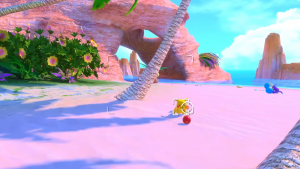 I don’t even have words for how excited I am about it. It looks amazing already. I just hope it may feature every Pokemon. I know it’s unlikely, but I can’t help but hope… And honestly, I’d absolutely buy DLC that adds more Pokemon.

As for Pokemon Smile and Pokemon Cafe Mix, they both have really cute art styles, but just aren’t really for me. With Pokemon Smile, I just am not comfortable seeing myself or focusing on my teeth in a camera so it’s not really possible for me to play. I wish I could still catch Pokemon though.

Pokemon Cafe Mix had me really excited briefly when it described as a “puzzle” game– here I was thinking of trying to figure out what Pokemon wanted to eat or helping them with problems while working at a cafe or even something Diner Dash-esque, but instead the gameplay persisted of a TsumTsum style minigame and I just… can’t stand most of those types of games (Tetris, Match 3’s, etc.) nor do I consider them puzzle games (there’s too much of an RNG faction to them).

I’ve still been playing it a bit as the graphics are really cute and I love the general aesthetic, but I can’t help and be disappointed about the game play.

The stream ended with saying there would be more news on the 24th (yesterday) which lead us to another trailer for a new game… Pokemon Unite. I’m not a competitive person nor do I care much for MOBAs (Starting over from scratch per match is not a funn time for me), but considering the Pokemon Snap announcement last week, I was still perfectly content. Though, I do hope we’ll see more on Detective Pikachu sooner rather than late too.

The only way I would’ve been disappointed is if it was a remake announcement. I’m so tired of remakes and lately they even made the timeline super weird. I’d rather them just focus on new things over constantly remaking the old games.

Anyway, moving passed the recent announcements, Isle of Armor was available as the first video last week was ending and I quickly got started on playing it. 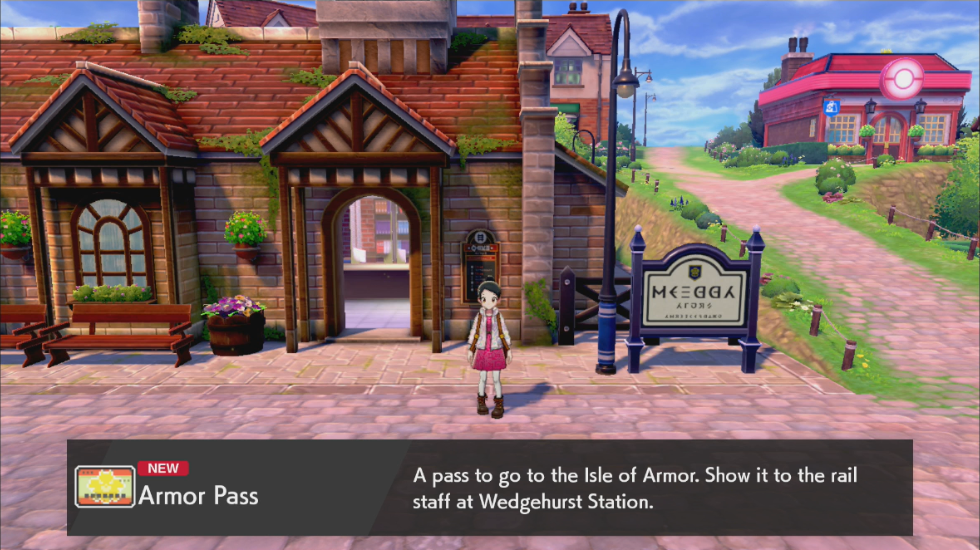 I was super excited to get started. And one of the things I really need to compliment was the character work. I loved getting to interact and know more of the characters than I really feel we got to in the original campaign. The cutscenes also made things feel a lot more fluid. 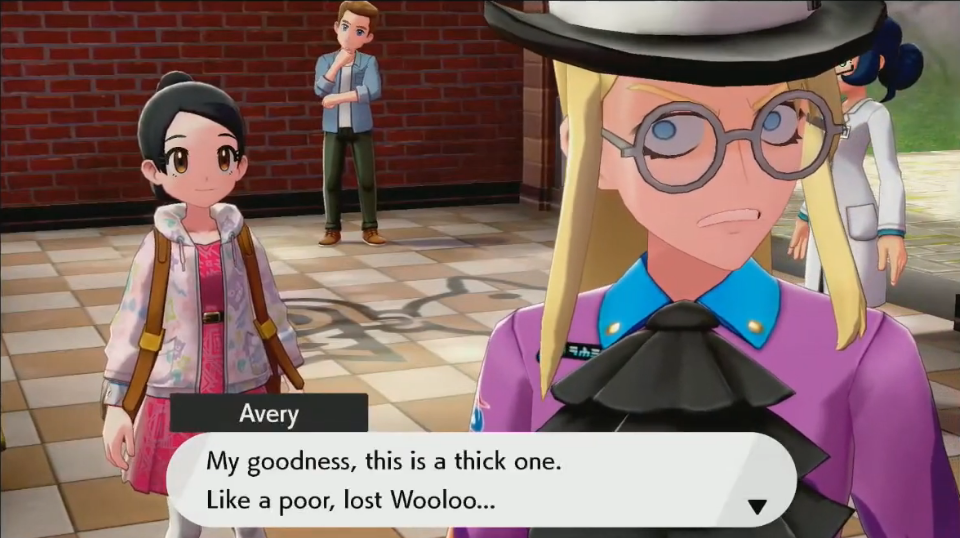 I also really loved the new Bike options (though, it could sometimes make it hard to notice item sparkles) and bought some new clothes. I was a little disappointed with the dress selection though– once again, light pink was just not really an option for most of the new dresses? Also I don’t know why they were all sleeveless… I think my new League Card came out cute though.

The Isle of Armor also brought along a new dex due to all the new Pokemon now in Galar for it and a special hunt to try and find 150 Alolan Diglett. 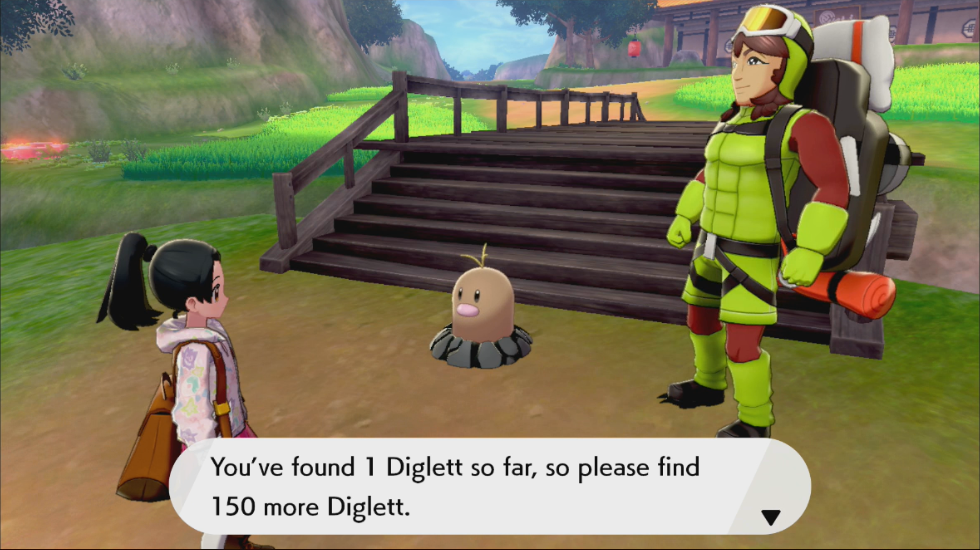 As for the Dex, you actually got a crown for finishing… Which I can’t actually wear with my ponytail.

Considering the ponytail hairstyle in X/Y and how Hilda/White has a ponytail with a hat just fine in Black/White, I find it silly how all hats are just banned if you’re using a ponytail this time around. There are absolutely ways to wear hats with a ponytail.

As for the island itself, I found myself constantly just heading to cliffs and looking around. It was just such a nice place. 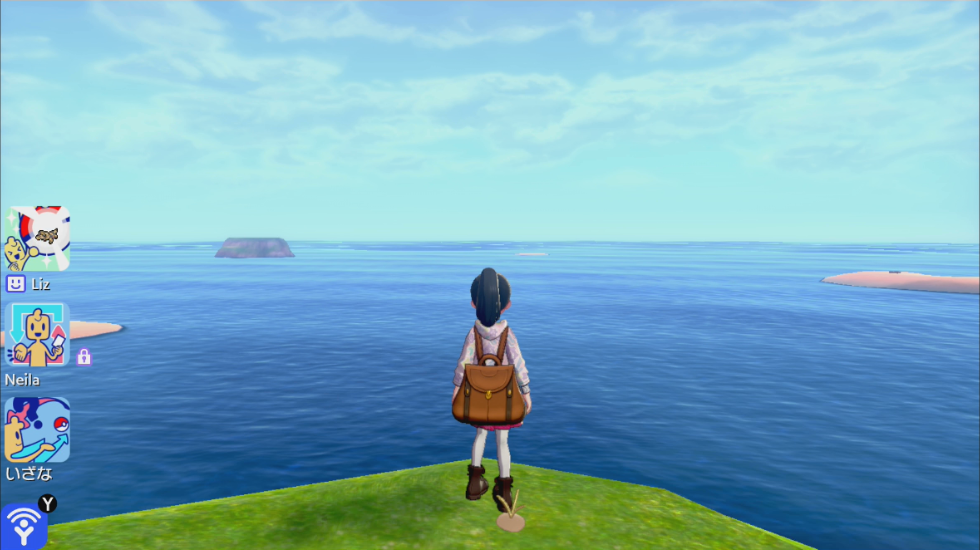 The main gist of the story was that you were accidentally mistaken as the new student for the Dojo. There were three trials: Catching 3 Super fast Slowpoke, Finding 3 Batches of Max Mushrooms, and winning a battle against your Dojo Rival (Avery for me as I played Shield). 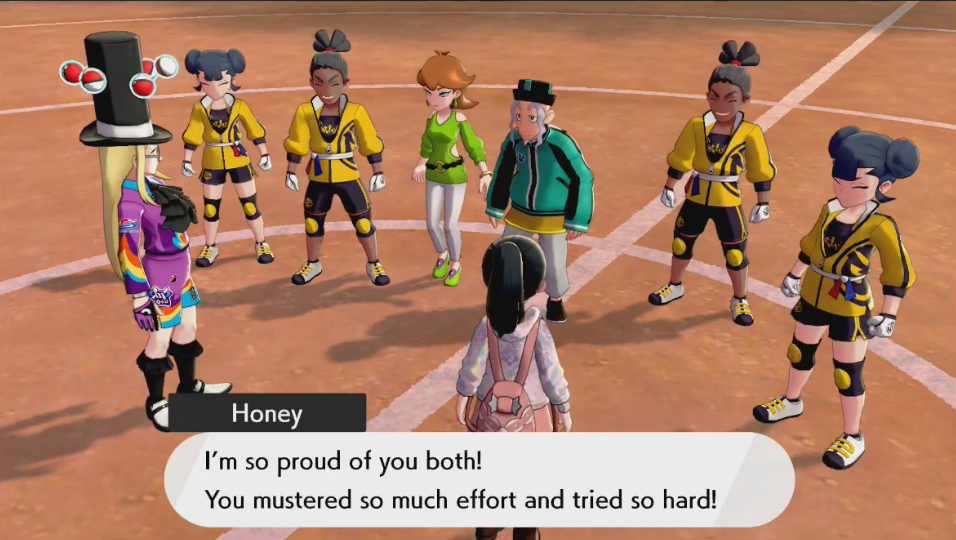 Upon finishing the trials, my trainer received the special Armor… Kubfu. 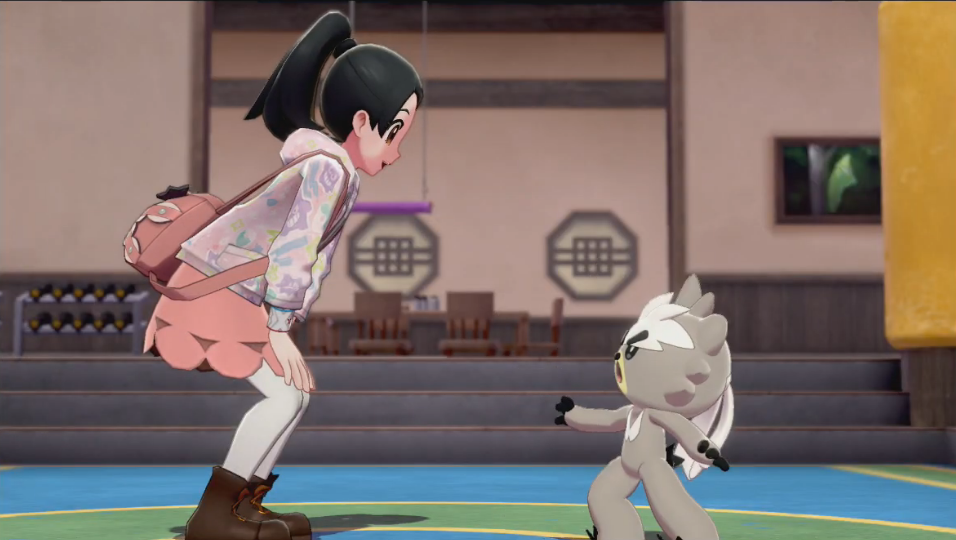 Our job was to befriend Kubfu by showing it around the Isle.

With that done, we were told about a special challenge we could take at one of the Towers. I personally picked the Tower of Water. 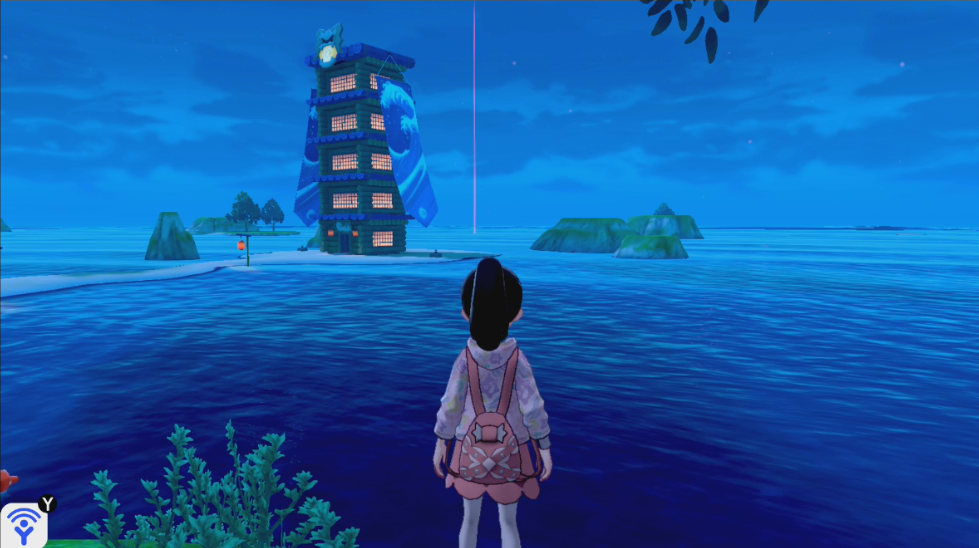 Kubfu had to be at least level 70 to participate and the only one if your party which worried me, but it actually went better than I thought. Unsurprisingly, Mustard was our final battle.

I wasn’t even surprised about his costume change. I think the only thing that bugged me is he essentially references the Tower of Darkness as well and I don’t understand why we couldn’t do both/had to be locked out of the one we didn’t choose. Especially as he’s clearly the final battle of both of them.

Regardless, our Kubfu beat Mustard’s and thus, we had completed our trials.

To finish things off though, we had to evolve Kubfu by looking at the scroll. I honestly found this kind of disappointing as I would’ve liked to not evolve my Kubfu. 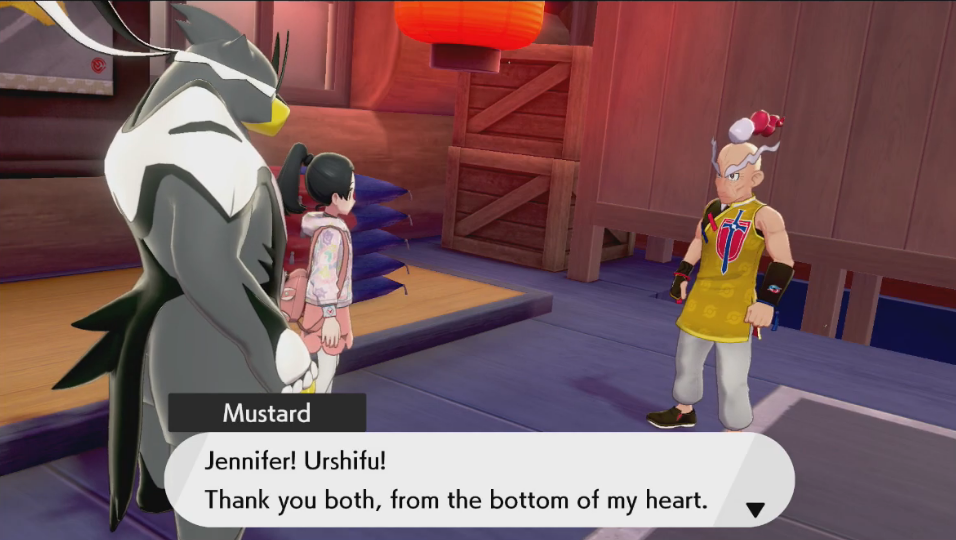 With that done, Hop ended up being at the Dojo waiting. 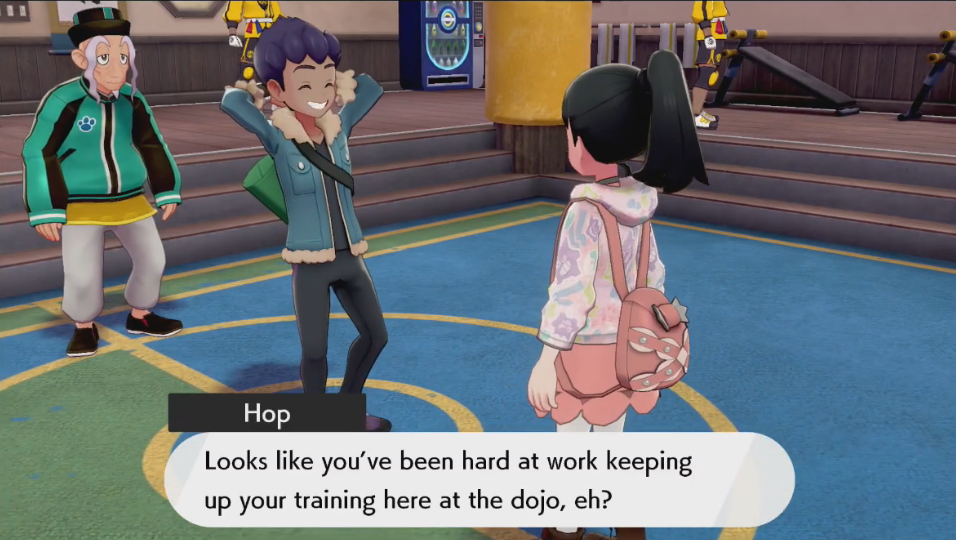 I would guess Hop’s appearance requires finishing the main story as you can apparently head to the Isle of Armor as soon as you have access to the Wild area.

We then had a new set of things to do with Hop and it really focused down on one of my least favorite things with the Isle of Armor: I constantly get lost. The island is very compact (which also makes repels not working on Pokemon that walk around outside the grass all the more frustrating… Especially the Sharpedo) and so I got turned around A LOT. It took me an hour to find Hop in the forest. 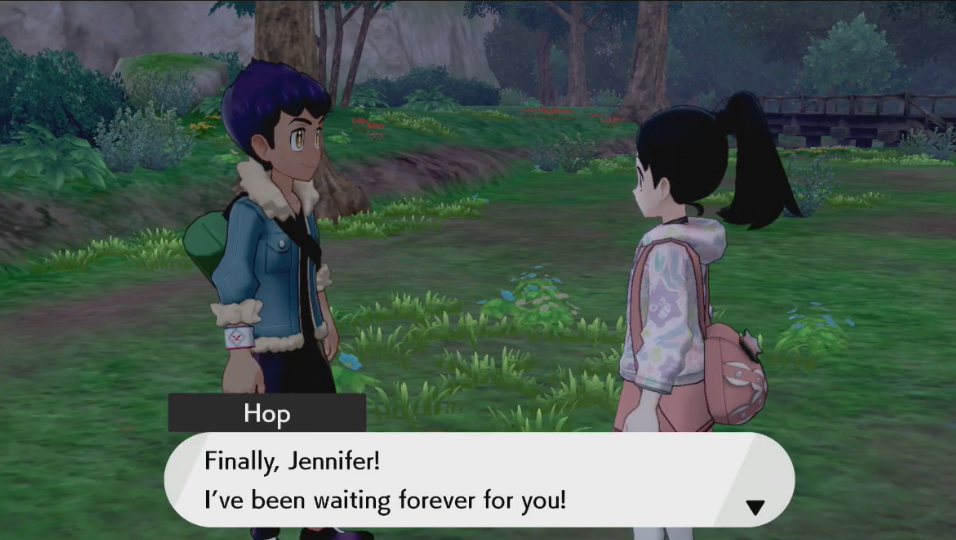 Thankfully, reuniting Lilligant and Petilil went better than me finding Hop in the first place. 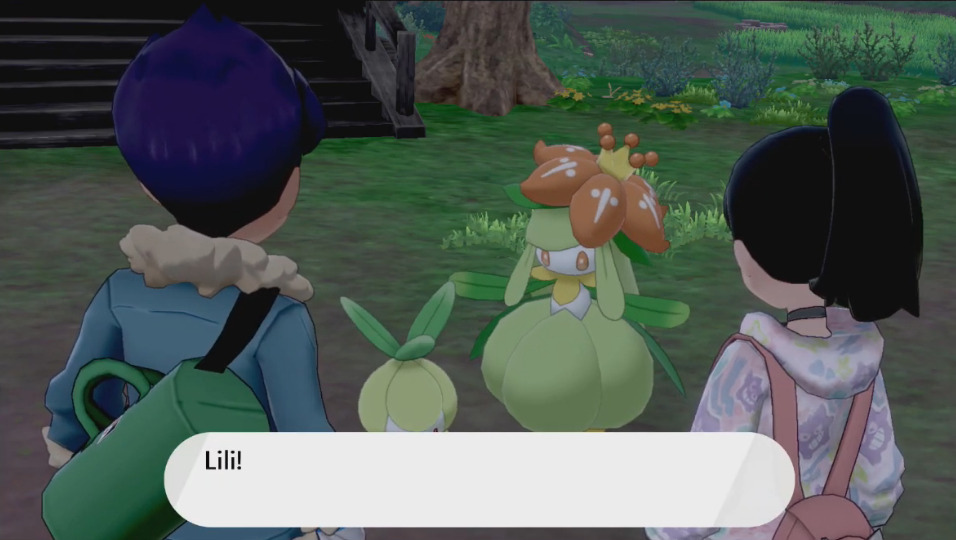 Finally, we had a battle with Mustard at “his full power” or well, with his proper team I guess and not just a Kubfu. 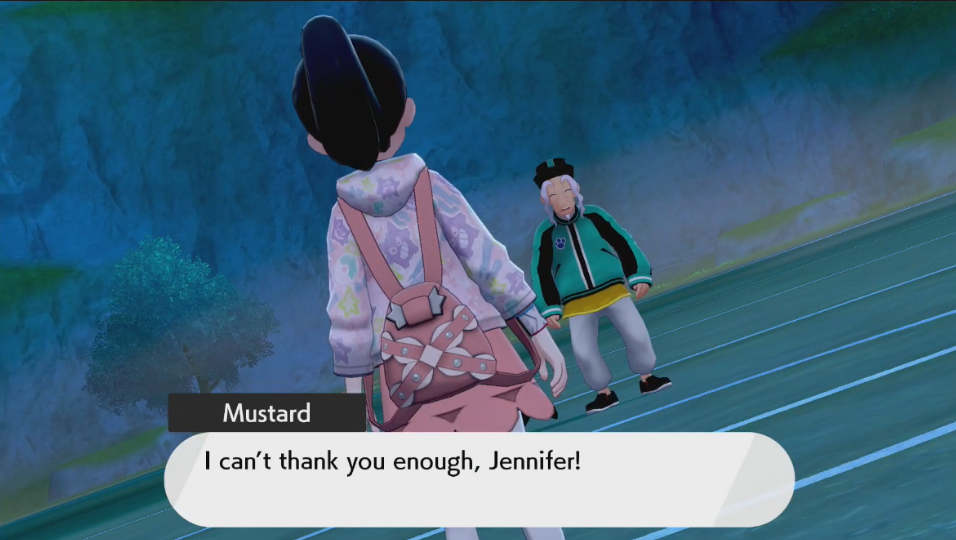 I will say this battle went fairly well considering my fairly Fairy-oriented team versus his fighting one. 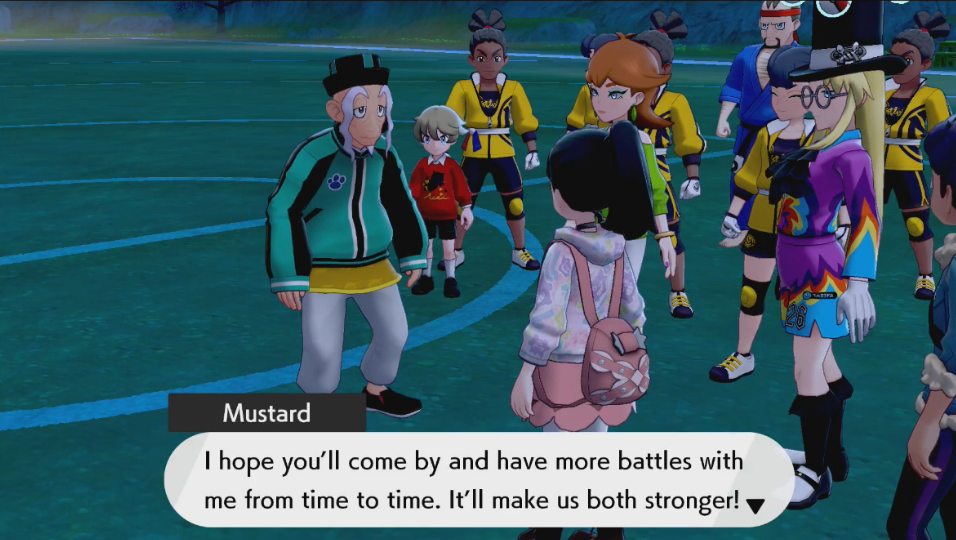 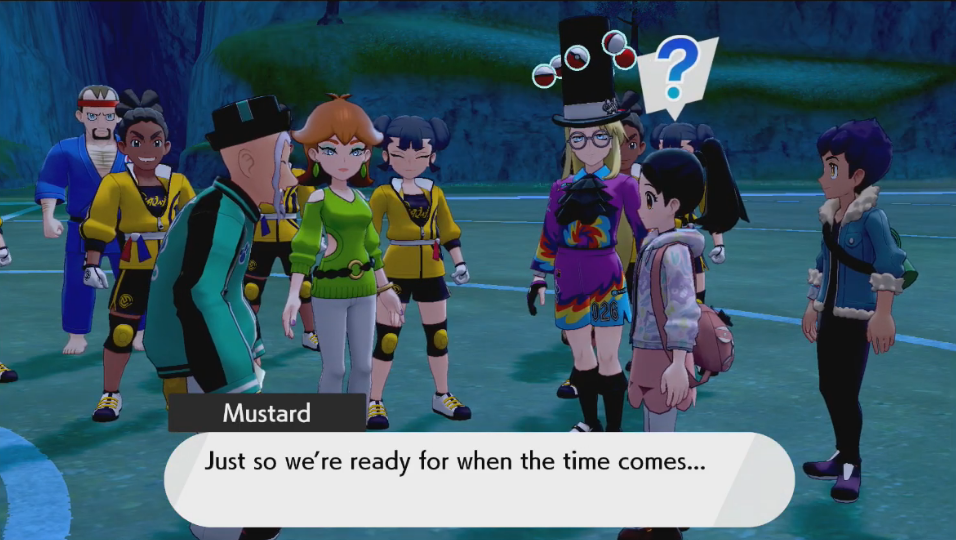 With the story done, I focused my efforts on finding the rest of the Alolan Diglett. It took a while (again, because I kept getting lost and also so many Pokemon…), but I did it!

We were then given the Alolan Diglett we first stumbled upon that started this quest to find the other 150. 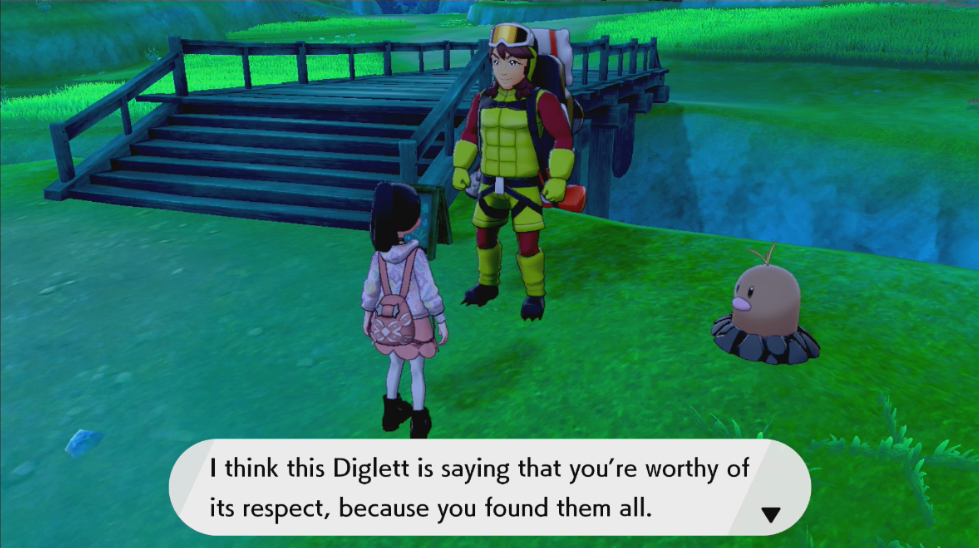 With that done, I actually only have one thing left: Upgrading the Dojo… but to be honest, I’m not sure I’ll ever manage to. Honey requires over 3,000,000 Watts to fully upgrade the Dojo and honestly, that’s disgusting. I get that there’s Digging Pa who can get 100K-500K Watts in a dig if you’re lucky, but it requires getting 7 Armorite Ore for each dig attempt and they’re just random spawns or you can try and gamble some from Digging Ma who shows up randomly around the Isle (reminder that I am constantly getting lost as it is) and there is no guarantee you’ll get anything. Three times in a row, she broke her shovel on the forced dig and I got nothing. I had no option but to fail and that sucks.

And without that? Earning Watts is super slow. I have no reason to keep raiding beyond occasional campaigns or helping friends. And the people who will have that many watts are generally those who kept resetting and switching their date to raid for specific Pokemon/Shinies. And like, it’s fine if people want to play that, but as someone who just plays more regularly and doesn’t grind the same mode over and over, I’m stuck. It’s especially frustrating as I have all this BP from using Bank I have no use for and tons of Pokedollars to the point where I haven’t even sold all the items that could get me more, but I can’t use either to help me with this. My next tier is the 800K one and I really would like to finish off the Dojo, but I just am not sure I’ll ever get that many watts through just casually playing and that is super disappointing.

Regardless, outside of the few issues I had, I really enjoyed the Isle of Armor. And I can’t wait for the Crown Tundra, Detective Pikachu sequel, and New Pokemon Snap.

Edit: It took a while, but at least I can say the Dojo is complete!

I ended up being closer than I thought (just a couple of upgrades left), but that was still a ridiculous amount of watts.