This is Crossposted from Steam

This guide is to explain where all 8 Woolball Cards are in the game. Finding all 8 is how you unlock the Secret Ending which also solves a mystery right at the very beginning. Please keep in mind there are spoilers.

Collecting the Woolball Cards are how you get all of the hidden achievements– you get one for each of the 8 Woolball Cards plus a bonus one for the secret ending. The other 6 are all gotten just from completing the game and are unmissable.

(Special thanks to Hedrack for the tip with this card!)

With that you officially have all 8 Woolball Cards! 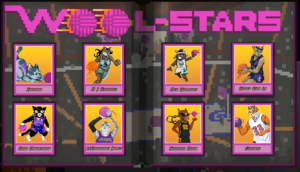 You will now unlock the Secret ending after the credits :)

If you would prefer to watch a video, I have a video I did of just getting all the cards (plus a bit of the ending) and the Secret Ending which you can watch below: