In honor of the bringing back of the removed love interests in some way, I decided to work on a guide again! Even though navigation doesn’t matter, I’ll still be writing the guide in my usual way. Responses are no longer lettered due to them not always being in the same order anymore. 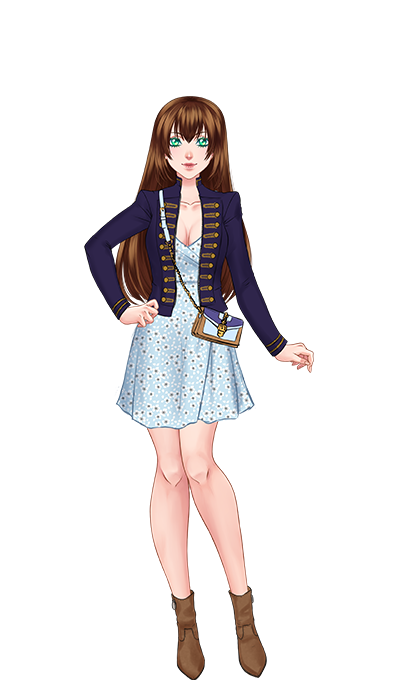 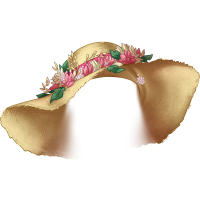 You can find Auntie in Lysander’s Bedroom before you find Lysander either due to going there first or picking a certain option (We tried multiple tests but are not sure which it is or if we just got unlucky with her showing up a few times). I will point out the right place during the guide as well.

The episode kicks off in front of Anteros University with similar lines to how University Life started, though with a few adjustments along with explaining how things have gone for her and Lysander trying to do long distance. She arrived a week before classes start to spend it on Lysander’s farm.

While she waits until she can meet up with Lysander, she heads into the University to get her Dorm Key so she can drop off her bags for now.

You can head right to the Dining Hall to see the Administrative Officer to save on AP, but if you head into the school first, you can head to the Main Auditorium (the door on the right) where Candy can have an optional conversation with Rayan. You can still get the conversation with Rayan after talking to the Administrative Officer if you want to.

Rayan will tell you that you can find the Administrative Officer, Patrick, so if you didn’t go right there, head to the Dining Hall. If you already did, Candy mentions how they just wanted to take a look around.

Administrative Officer: And I don’t even want to eat it. That’s sad, isn’t it?

• I… Yes. I suppose. Maybe you should have tried chicken? /
• If you made it yourself, that’s at least more… authentic than gnocchis, perhaps? /
• (I don’t say anything. What am I supposed to answer to that?) /

With key in hand, you can either head to the Main Auditorium for the optional conversation with Rayan if you didn’t get it yet OR just head straight to the Dorms. Once at the dorm, click the Elevator and head to the only door you can click. Candy will grab an outfit and there is just the one outfit to choose from.

Head back out to the Campus and you’ll be redirected to the Entrance after more dialogue. Then make your way to the Cafe. While Candy is waiting for Lysander, Hyun shows up to ask if she would like to order anything. Rosalya then shows up.

Rosa is here on Lysander’s behalf. Lysander is running late due to an issue on the Farm and he had to take an animal to the Vet so Rosa is the one who will be taking you over instead while Lysander is busy dealing with that.

Rosalya: Not more than me. Do you think I’ve changed a lot?
• Not at all! I recognized you by your stride when you showed up! /
• I know very well that’s a trick question. +5
• Yes! Even just your haircut, that’s quite a change! /

After more conversing, you prepare for your four-hour drive to the farm. You then head over to the Park, make it to the shops, and then you’re on your way until you make it to the farm with random reminiscing in the middle.

With no sign of Lysander, Candy forces her way into his house to look for him. Finding his phone, she decides to look around the rest of the house and Farm to see if she can find him. You have to check the Bedroom, Kitchen, Garden, and Pastures before Lysander will show up in the Garden.

I recommend heading to the Bedroom first if you are hoping to find Auntie.

The Living Room leads to the front of the Farm, the Kitchen, and the Bedroom. The Kitchen and front of the Farm lead to the Garden. The Garden, besides leading back to both of those areas, goes to the Pasture. Keep in mind that once you’ve run into Lysander, you will not be allowed to freely move around again for the rest of the episode– you’ll automatically progress to the respective rooms after running into him.

I’d recommend going back and forth between the living room and bedroom for Auntie now before doing anything else if you’re hoping to get her to show up. Once you’ve visited every room at least once, head back to the Garden where you will run into a little Bunny, apparently named Rosa due to her large appetite and thus, Lysander finally appears.

After more conversing, you get a dialogue choice:
• (I threw myself into his arms without thinking.) / <-- ILLUSTRATION
• (The torrent of emotions inside me kept me from making the slightest movement.) /
• (I advanced slowly towards him, without looking away.) /

You’ll then have some more dialogue and Lysander will invite Candy back into the house. You’ll eventually get another dialogue choice:

Lysander: Actually, did everything go alright with Rosa? I’m really sorry I couldn’t come get you…

• Don’t worry, you had an emergency to take care of, it’s normal. +5
• Yes, everything went pretty well, nothing particular to report. /
• I won’t hide that I was really disappointed when she told me that she’d be taking me. -5

After some more discussing and reassuring, Candy makes a toast:
• To our health, and most of all, to being together again. /
• I think now’s a good time to make a toast… to the crackers! +5
• I’d like to make a toast to your legendary distraction. -5

And then there’s even more dialogue.

Lysander: And… Me? I mean, do you think I’ve changed too much?

You then head on up to bed and after some more dialogue, the episode ends.