Responses are no longer lettered due to them not always being in the same order anymore. While I will note choices taken when the illustration was gotten, due to AP costs, not enough tests can be done to know all the intricacies and how accurate it may be. 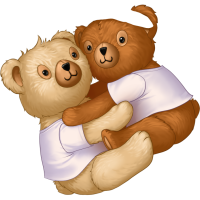 You can find Auntie by Sweet Amoris before you head to the park. I will point out the right place during the guide as well.

The episode kicks off in Anteros University with Candy having just finished her classes for the day. She gets a phone call from Rosa and Alexy.

Rosalya and Alexy: Alright, well, see you tomorrow, then, [Name]? For lunch?

They don’t show on the character page and since it’s over the phone, we may not know if this has any effect until next episode.

Wanting some time alone, after telling them how she wants to work on studying, Candy leaves and decides to go to the park. At the Cafe, Candy will monologue to herself. Before heading to the park entrance, you can go to Sweet Amoris here to run into Auntie for her gift. After talking to Auntie, or if you don’t want to, head to the Park entrance to, well, head into the Park where Candy will talk to herself again until a certain someone finally shows up.

Kentin: Oh… No, actually… Now that you mention it…

The two of you decide to head over to the Cafe to get something to drink. Upon leaving the park, you’ll be prompted to pay for the outfit you’ve apparently been wearing the entire time. After more dialogue, continue to make your way to the cafe.

Kentin: I mean, if you don’t mind telling me about it, of course…

Start making your way back to Anteros.

Kentin: No, he didn’t tell me anything either. Why?

• I don’t know, I was just wondering if you talked about me… -5
• You wouldn’t have worked with him to arrange our meeting, by any chance?
• No reason, I’m just curious. I’m a bit surprised, is all. +5

Kentin: Yeah, maybe you’re right… I’ll never be as cute as you…

• Yeah, there’s not much chance of that happening… But I’m sure you have other qualities.
• Joker and Siska are cute enough already! /
• If you can’t promise it, you’ll have to find something else to make it up to me… +5

• See you later, I guess. Call me soon, okay?
• I… I had a really nice time. Really, I… / ⬅ Illustration if high enough LoM
• You should go, your parents are going to worry about you /

After, you’ll automatically head to your dorm room. The episode ends after some more dialogue.