These guides should not be reposted off the website. If you translate it, please link back.

Any without one of the symbols above means I don’t know. 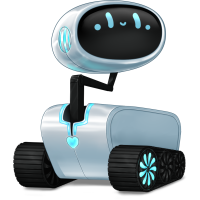 You can find Auntie in the Alley after eating at the Cosy Bear Cafe with Armin, Alexy, and Rosa.

The episode kicks off a few days later in Armin’s apartment.

• Of course, the famous plot of the cereal manufacturer. -5
• Really? Where did you hear that one? +5
• You know, it’s still hard for me to tell when you’re joking. /

You’ll then head to the Cosy Bear Cafe to meet up with Rosa and Alexy to tell them that you and Armin are officially together. After some dialogue and eating together, it’s time to head back to Armin’s apartment, but first, head to the Alley if you want to find Auntie. She costs 22AP and will give you XBJJ-A

Once at Armin’s apartment, but alas, your Mario Kart plans will once again not happen as Armin has to head to work.

Armin: Didn’t you say earlier that you had to work, too?

After some more dialogue and Beemoov continuing to think Long Distance can’t exist, Armin heads off to work. Candy then picks her outfit before figuring out what to do while he’s gone.

Candy starts talking to Rocket. While this choice doesn’t seem to matter despite also being all neutral, I personally picked the first one (which I also think is the cutest). I’ve heard people getting it regardless of this choice though as long as the other two choices are both picked.

And we learn Armin’s (and Alexy’s) last name: Keenan. Alas, Candy keeps digging through folders because what is privacy, and we need to have the most over the top craziest drama ever despite it being the last episode.

After more dialogue, either:
-Rose and Alexy show up if you picked to call them before Armin gets back. They call the Police. Armin will show up after.
-Armin just shows up as expected since… it is where he’s living.

If you called the police or Rosa and Alexy, you’ll get a cameo appearance from Eric, who after some dialogue, we’ll leave.

Regardless of your options, Armin will explain himself and then you get a new dialogue choice.

• Maybe I shouldn’t have looked through your computer… /
• I’m sorry. I imagined things… +5
• You shouldn’t have made a promise you knew you couldn’t keep. -5

Armin: This afternoon, I didn’t just go to the police station to discuss my confidentiality agreement.

If you have at least 100 LoM and picked all the correct options, you will get the illustration after a bit more dialogue.

After some more dialogue, the episode will end before we ever actually get to see them play Mario Kart or any game in Co-Op because I guess we don’t deserve a Co-Op gaming illustration with Armin :(