This entry has been in progress pretty much since early June and I had hoped to post it when we got the next update announcement, but well… We haven’t. I posted my sentiments on it over on Twitter about a week ago and honestly, my sentiments still feel the same. I will say the biggest surprises for me with this is it felt around or shortly after E3 would’ve been the perfect time to say something or after July 10th as it was the last new item from the last update… but still nothing. There’s still a chance of something at the end of July like when we got our last big update, but I really would’ve expected them to not go that route as I feel like that was the first big drop of people playing due to the lack of updates…

Regardless, I’ve still been trying to poke in and play despite all the craziness. There’s still a lot of Dream Addresses I want to visit, but I always find ones Officially done for something kind of exciting. Thus, despite not having much familiarity with either property, I couldn’t help but visit the official Fruits Basket Island and the official Heaven’s Design Team island of the Galápagos Island.

I even ended up taking one of the patterns with me… 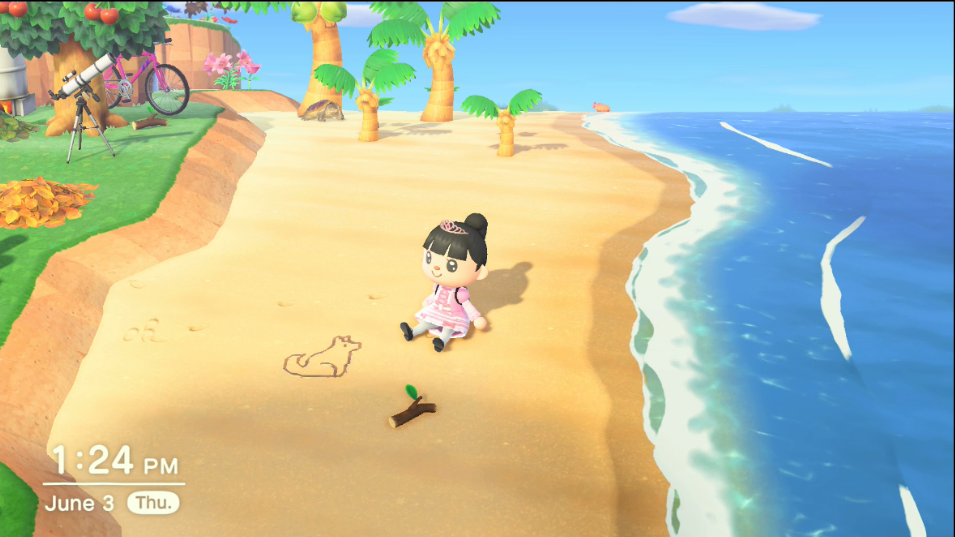 I also couldn’t resist checking out the special Yokohama Hakkeijima Sea Paradise Dream that was made along with the event they are currently holding for Animal Crossing this Summer. 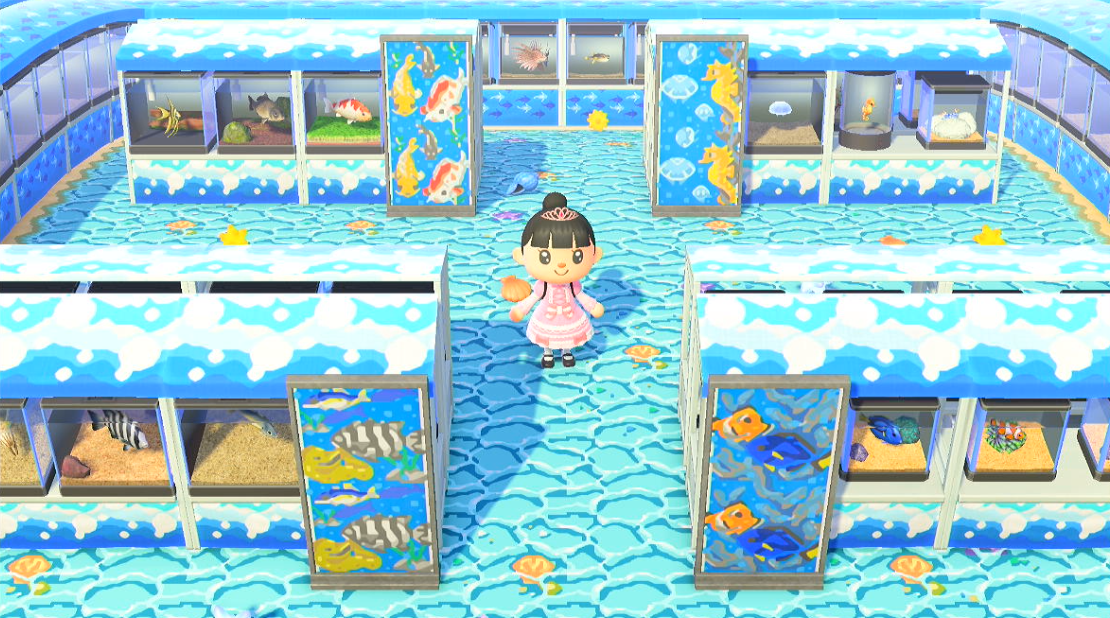 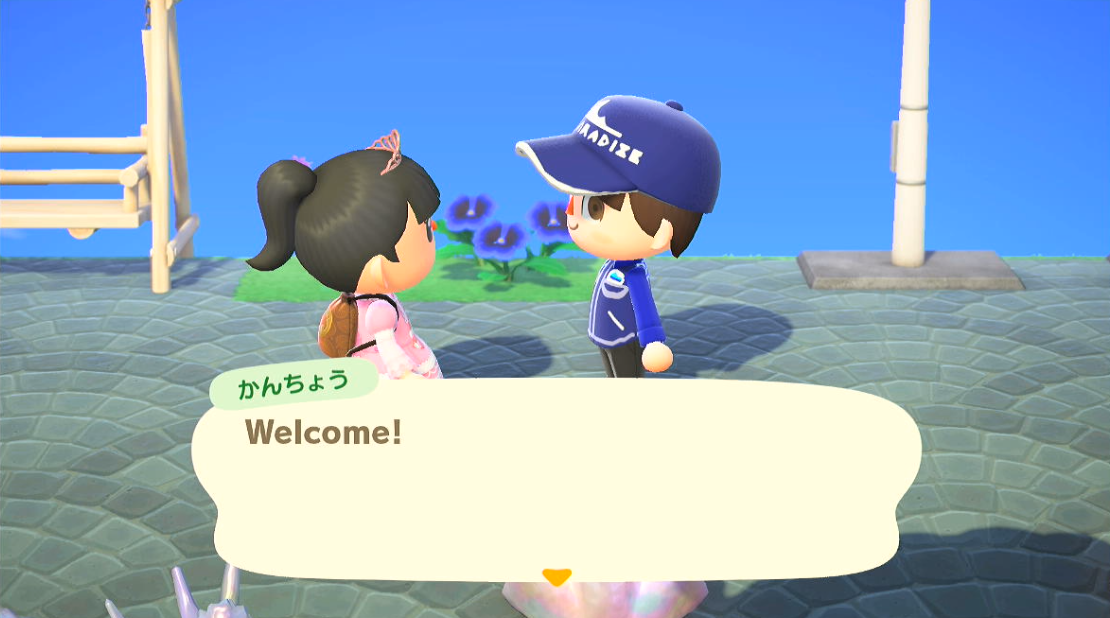 And well I really love dolphins, so… 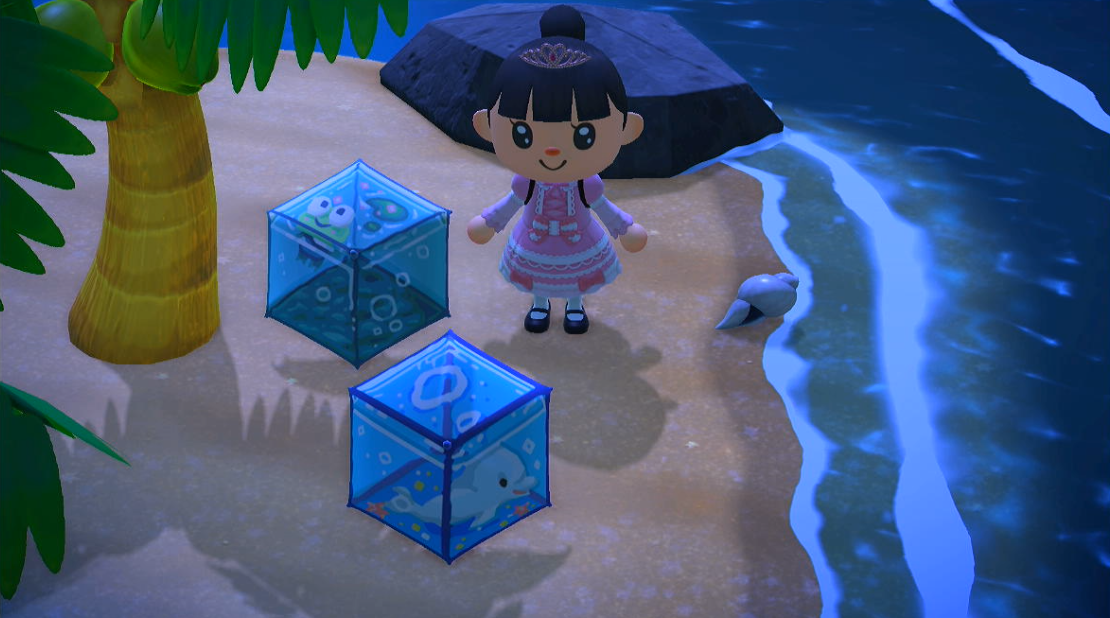 As for non-Dream related things, we’ve had quite a few birthdays pop up for my Villagers. It was Peanut’s first birthday on the island and now I’ve celebrated every one of my villager’s birthdays at least once: 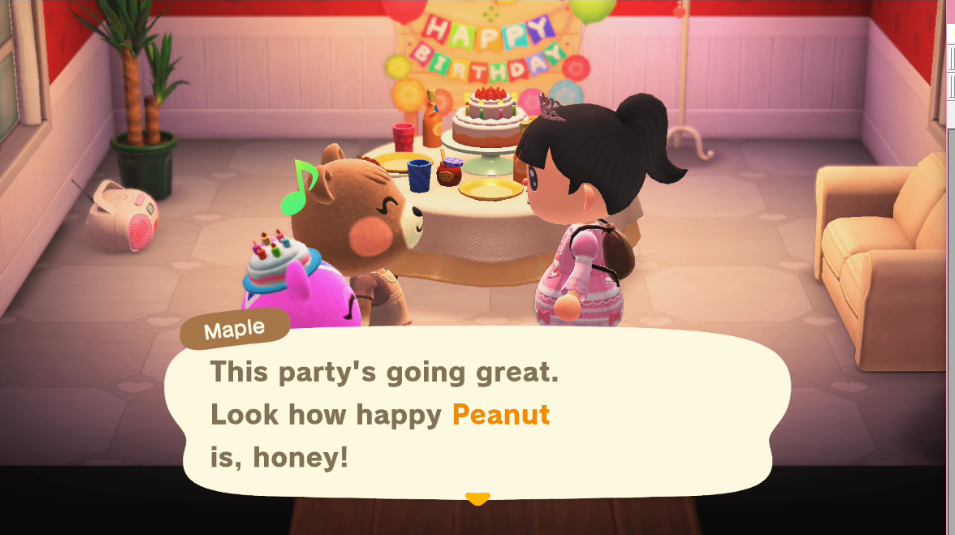 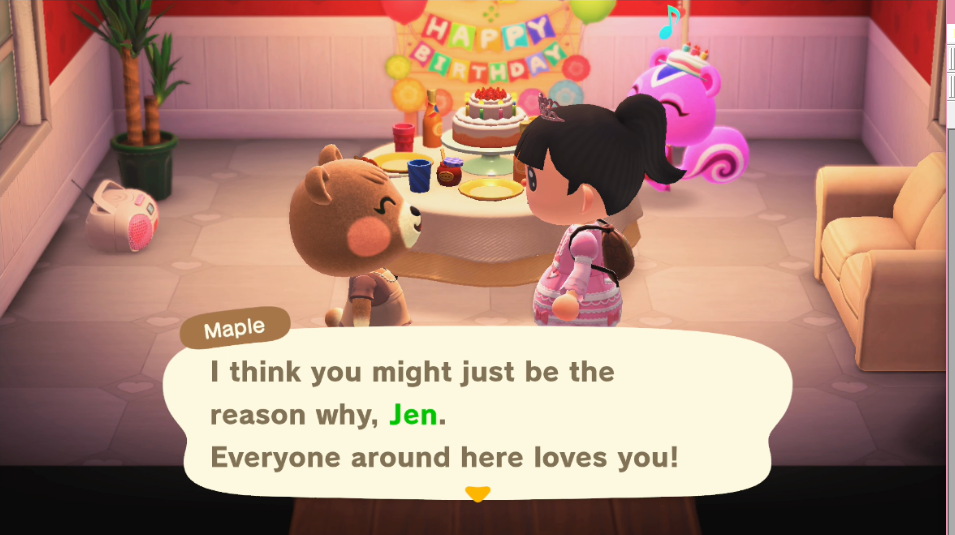 Peanut and Maple were my final two villagers to get so I found it cute that they ended up celebrating together. It was the same for Maple’s birthday just a week later as well: 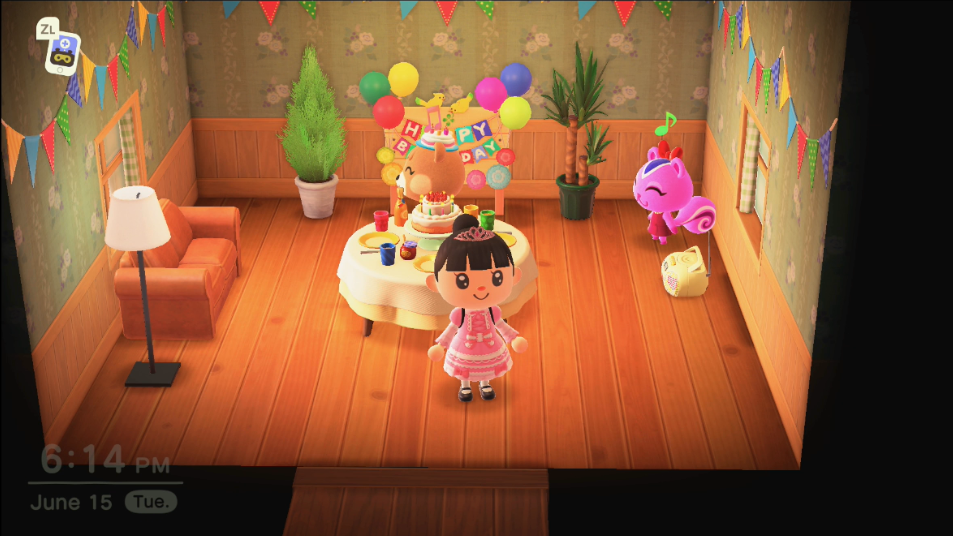 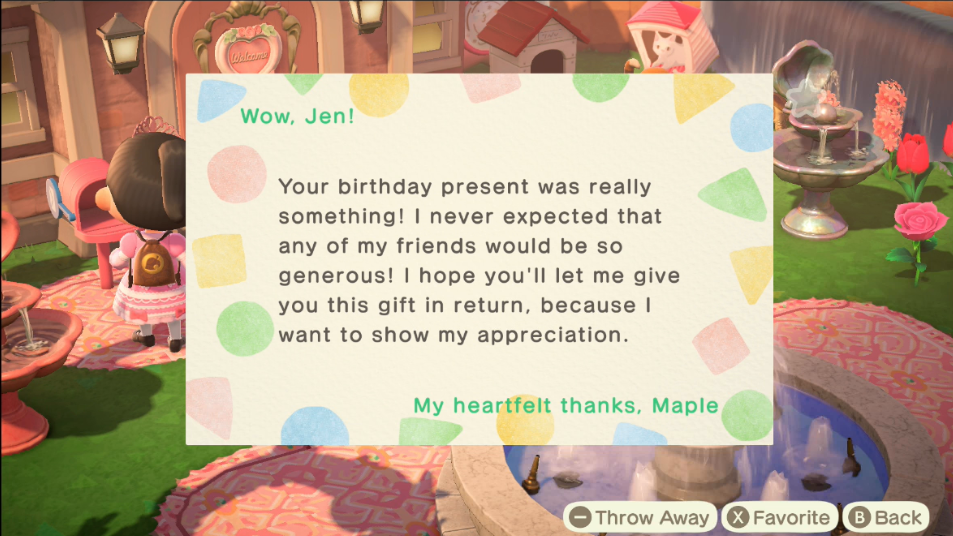 We had Cookie’s (where on the opposite side of the spectrum, she was with Merengue and they were the first two Dream Villagers I got) and Marina’s birthdays as well. 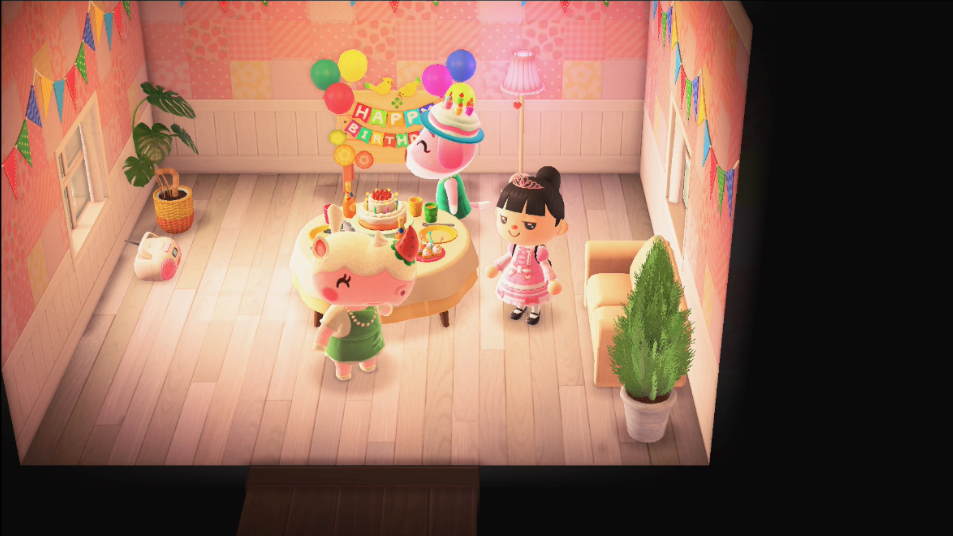 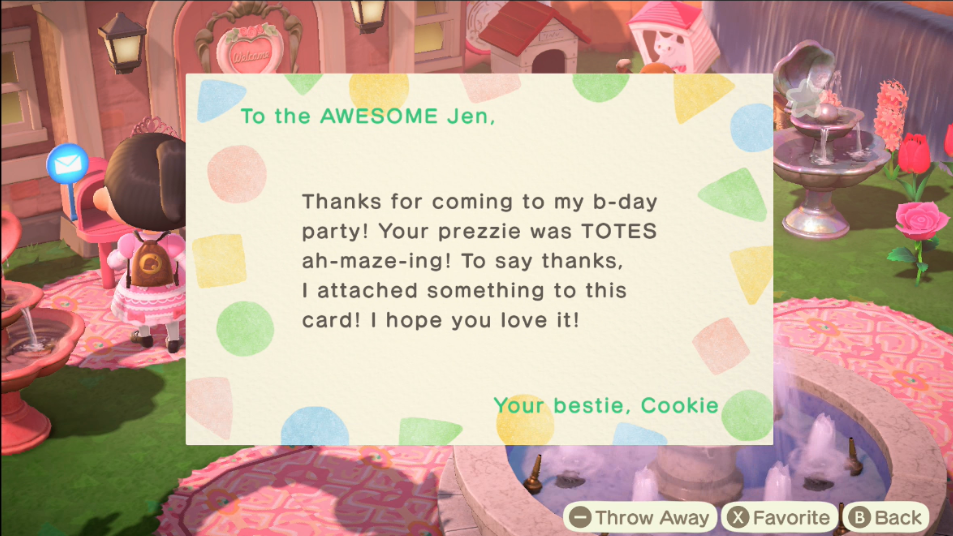 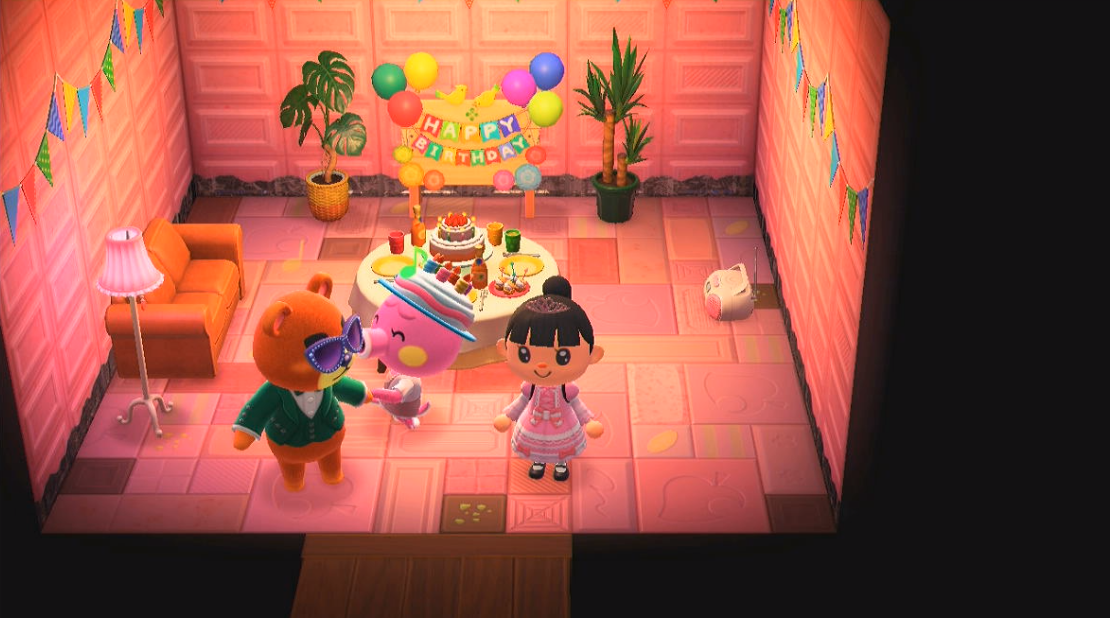 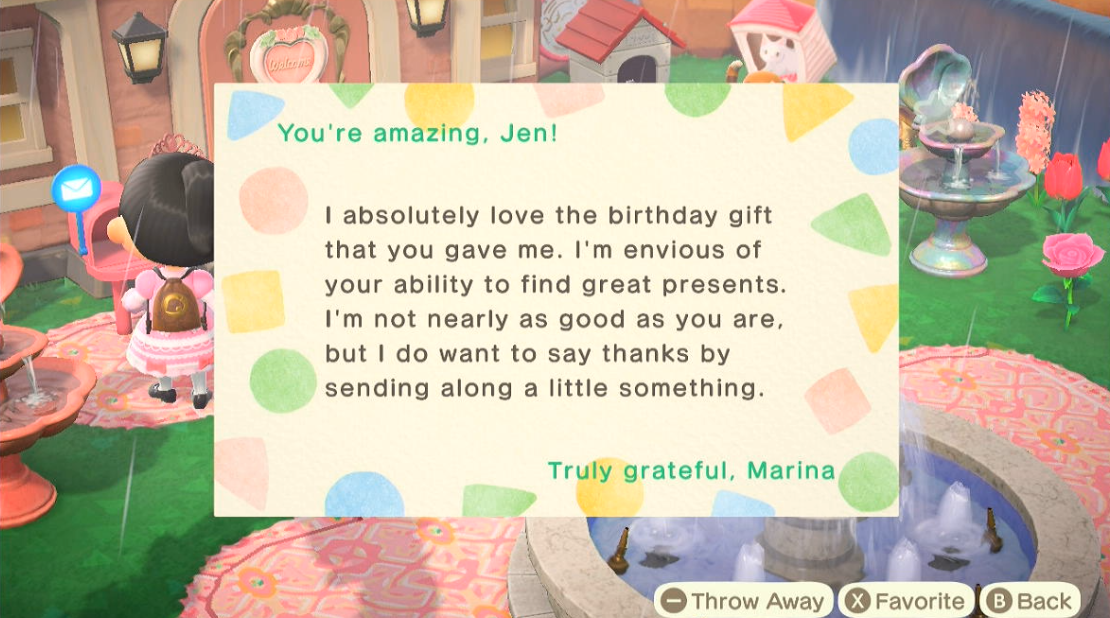 Unfortunately, what I’ve been struggling with a bit is managing to keep up with all my villagers. I don’t have many reasons to play long so I rarely end up seeing them all. I’m not particularly a talkative person even in real life (I’m much more a listener), but I always feel a bit bad. At least I still feel wanted.

Diana especially gets me while also calling me out.

Meanwhile, as a 4th of July celebration and an early celebration of Meg’s upcoming birthday at the time, we also had a small party over in Aurora: 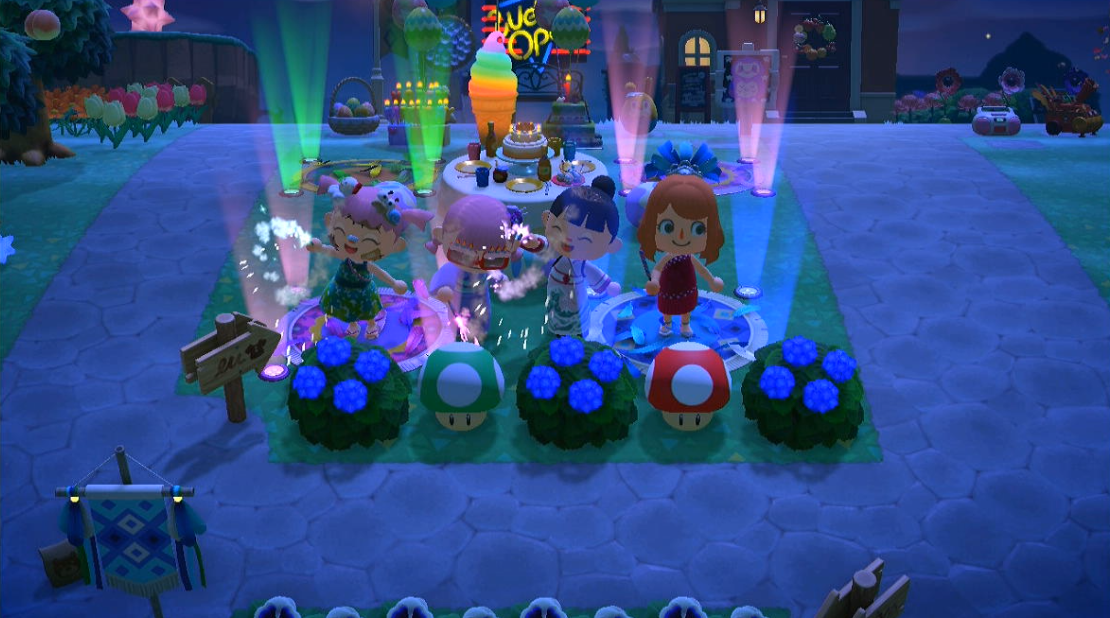 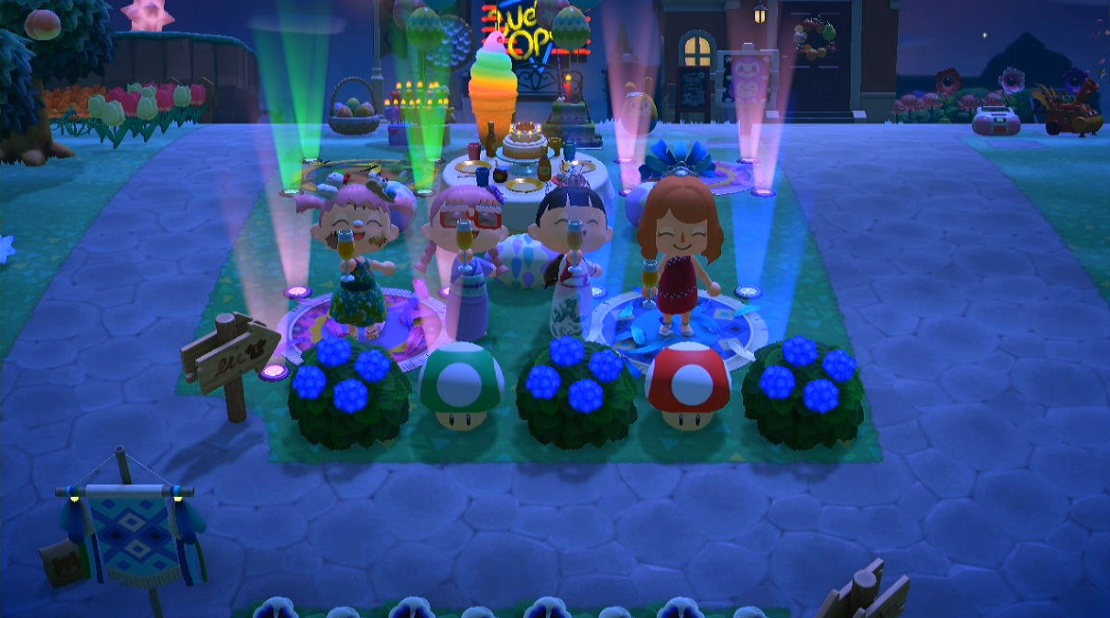 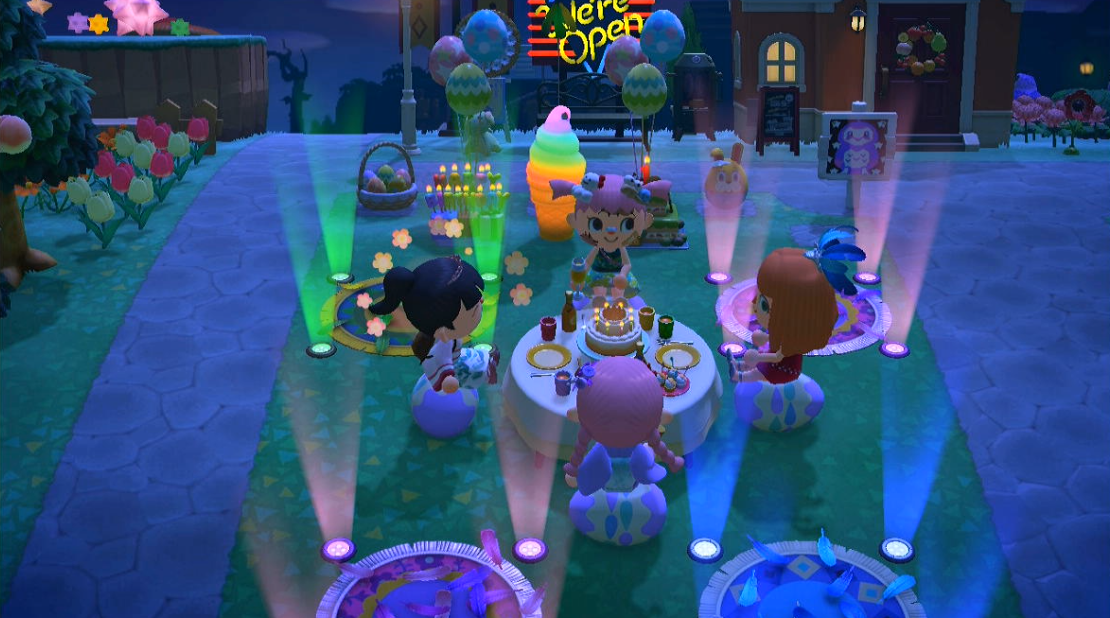 Finally, the 18th came around for my own birthday. Flurry hosted it this time.

Also Cookie really should have not held off that last part for its own speech bubble.

The birthday itself was pretty much the same which I expected, but kind of wondered if there would be any special dialogue for being the second time I celebrated my birthday on the island. There was not. 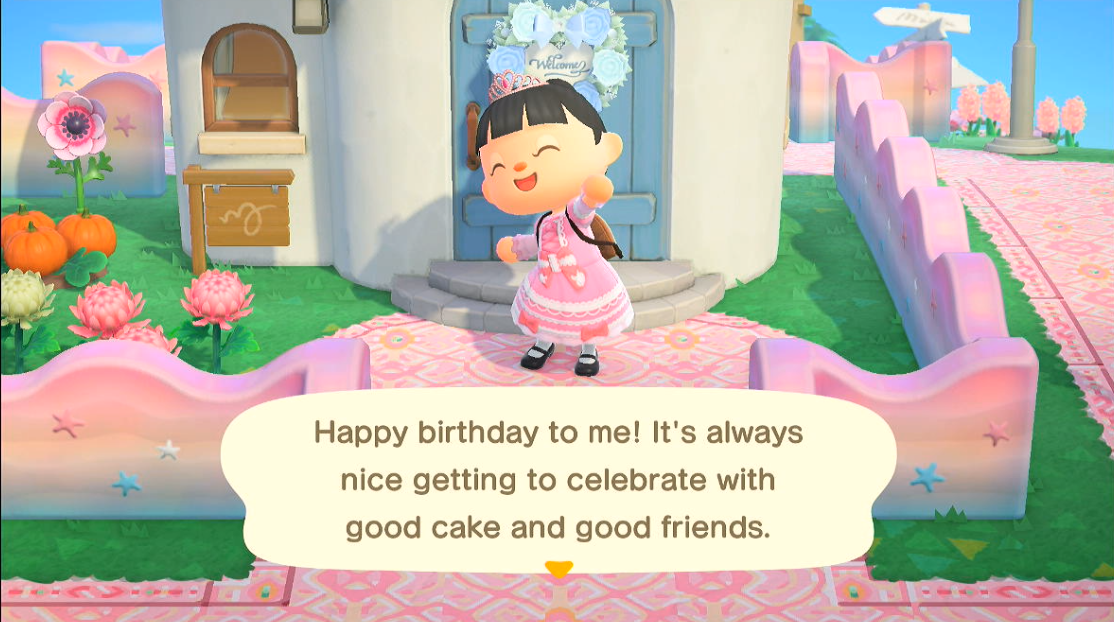 The big differences for me this year was getting a gift from Peanut as we had hit Best Friend status now: 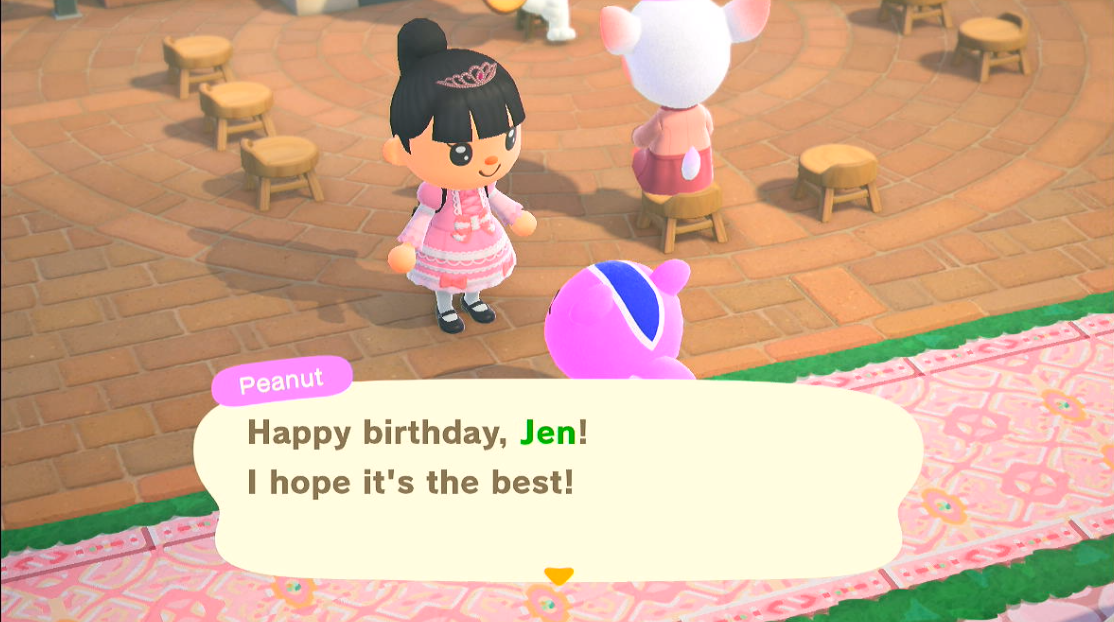 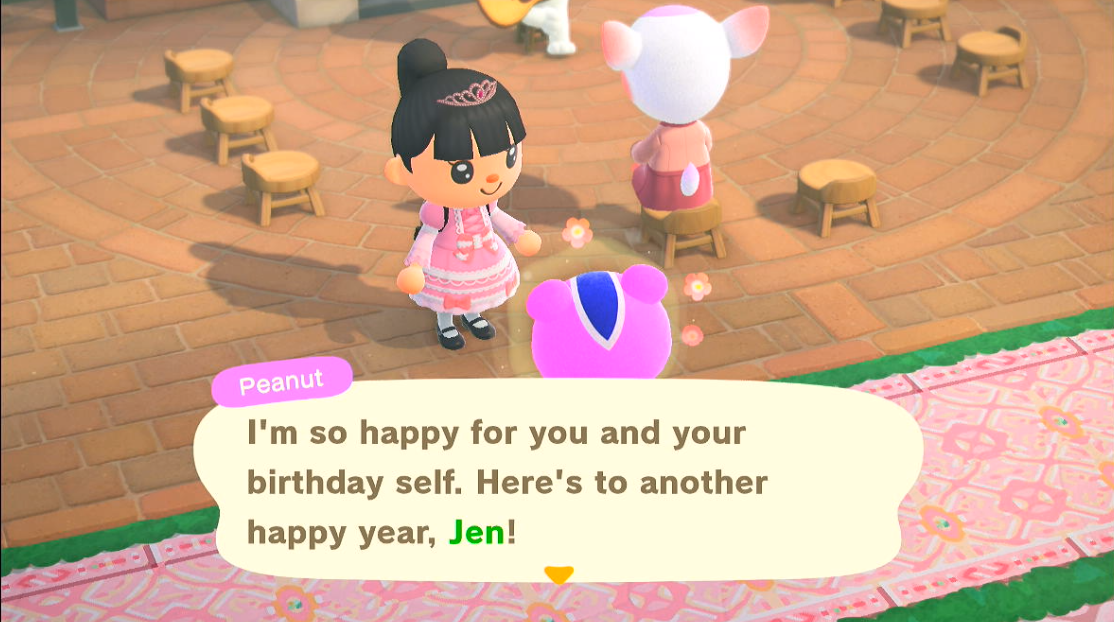 And getting to see more of the Villager messages from K.K.’s Birthday Concert: 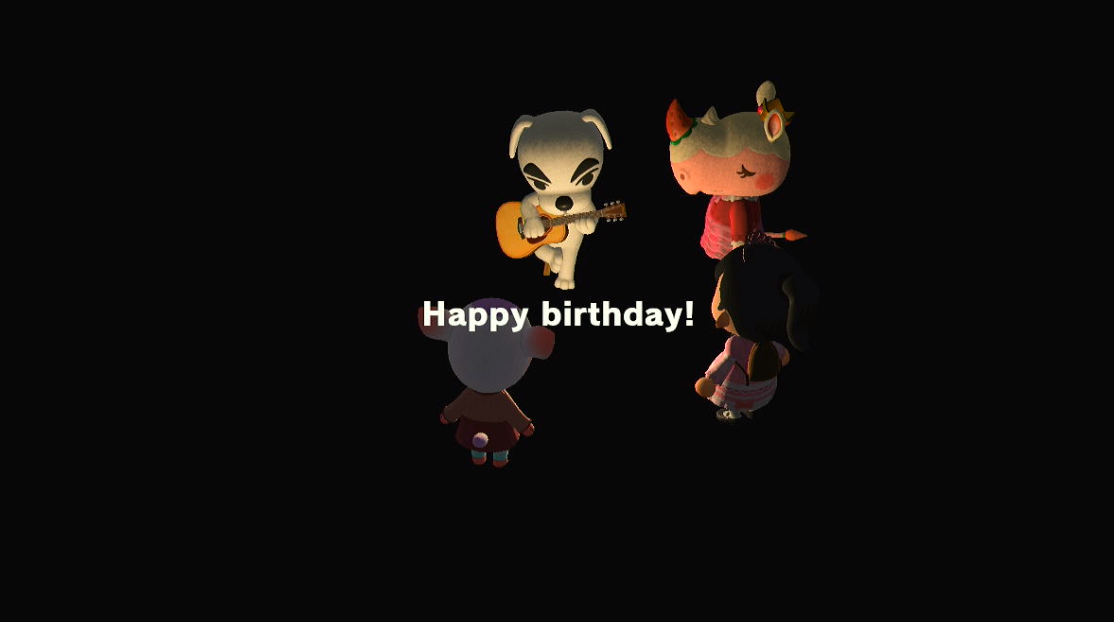 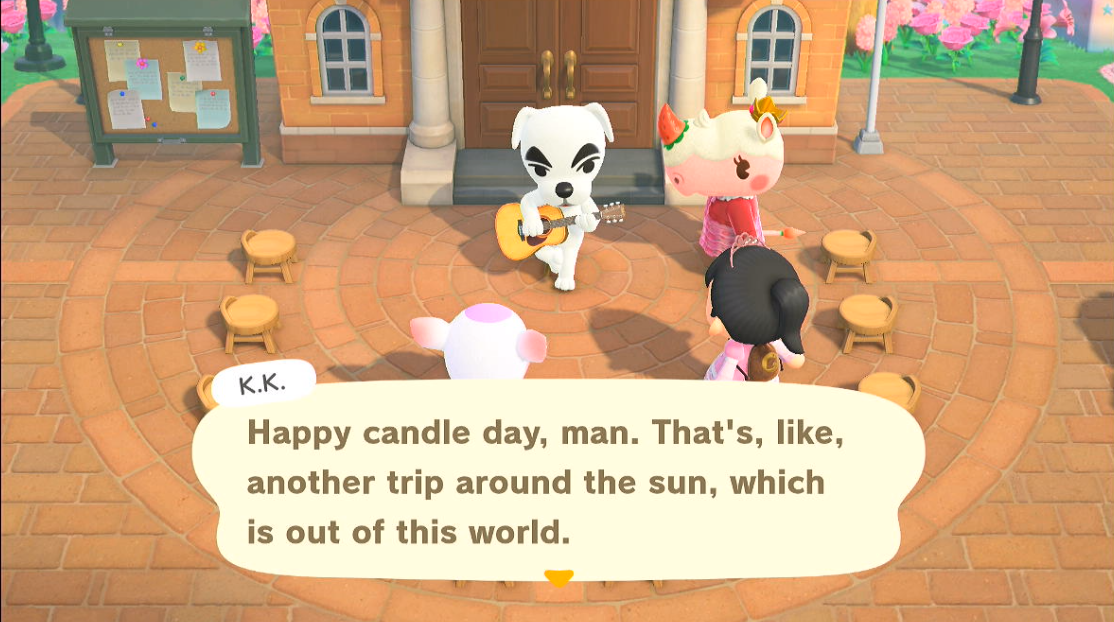 I do wish we could get enough cupcakes to give everyone, but I at least made sure to catch everyone who wasn’t there and then Cookie got the last as I saw her first. 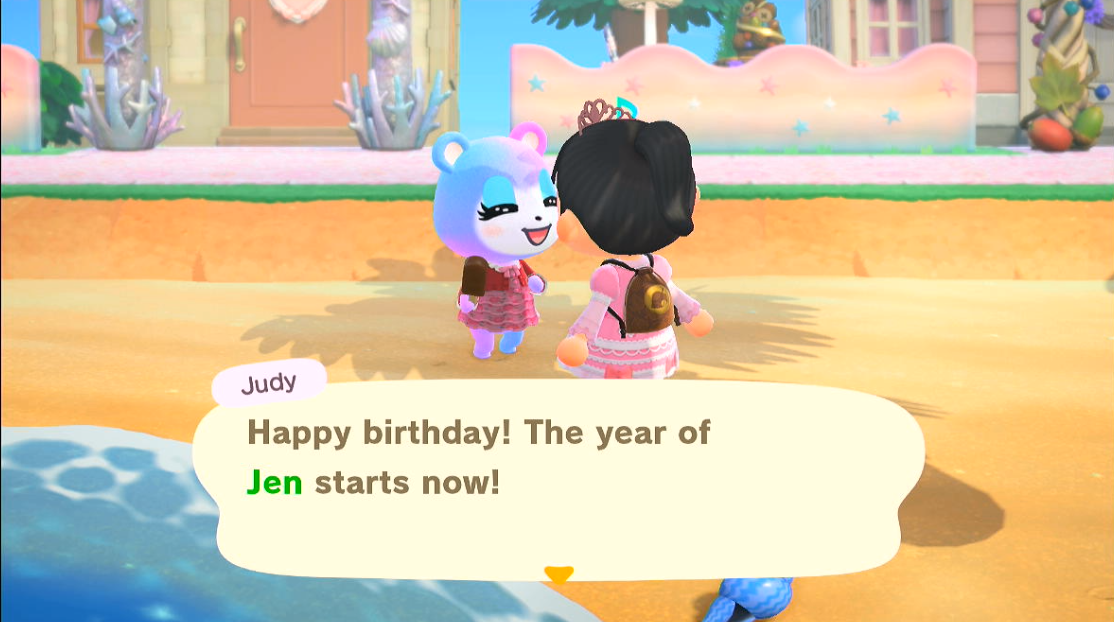 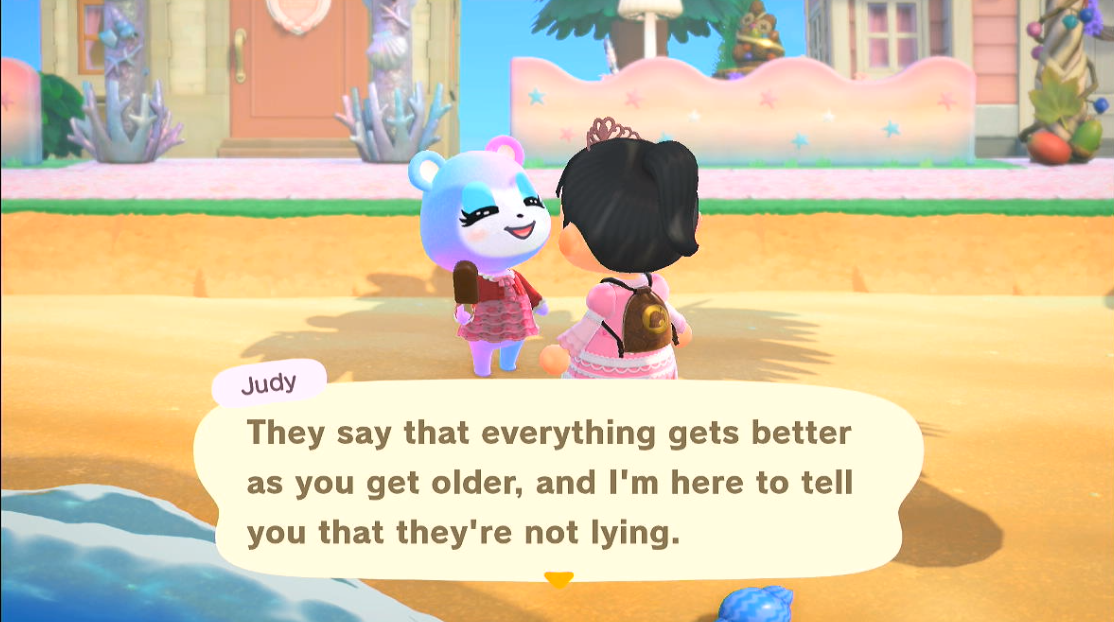 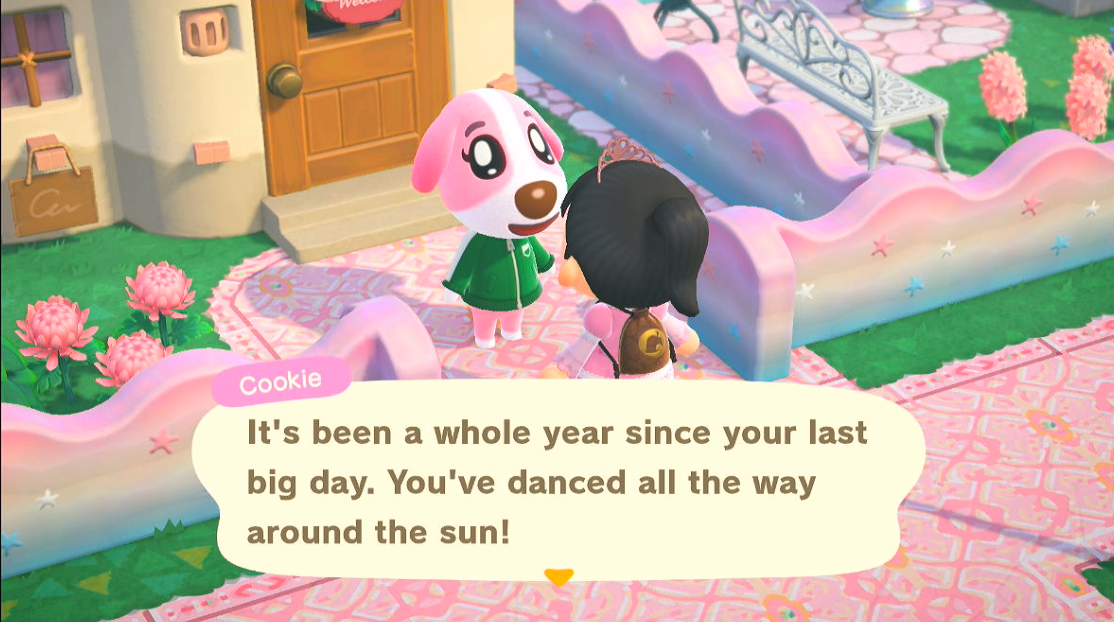 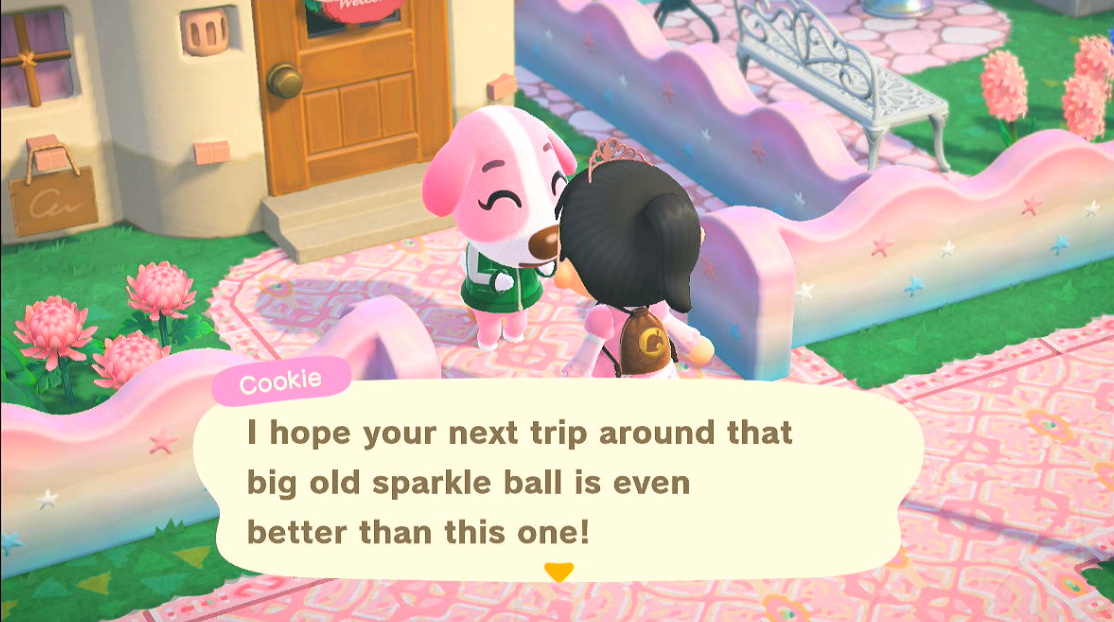 As a side note, I do wish villagers couldn’t take up a space if it notes there is no way around them to a path ;~; 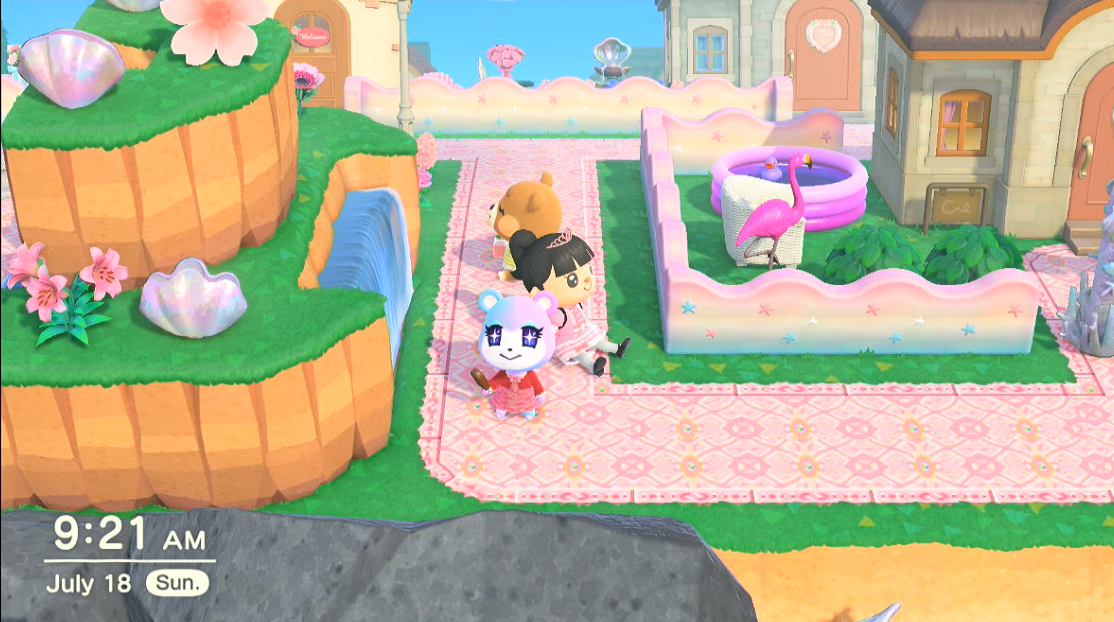 At this point, I have nothing left to do though until there’s a new update. I hope we’ll hear something soon even if it’s just that updates are over.