Despite E3 really only being 3-4 days, it’s almost felt like a month long with all kinds of news in the gaming world. Even before E3’s official date, we had some announcements and new footage with things like the Summer Games Fest and IGN Expo.

I always find the best way to go into E3 is to just not really have any specific hopes for anything and enjoy the general excitement in the air. Regardless, this year I’m going to mainly only focus on new things! Anything I already am familiar with while be at the end of each section respectively

Before getting to the actual starting during E3, we’ll start with some of the stuff from the week before.

Summer Games Fest and Day of the Devs

The very first thing was Tiny Tina’s Wonderlands. I don’t have much familiarity with the Borderlands series, only having played some of 2, but it looekd interesting enough that depending on how it all works, I might want to try it.

For Overwatch 2, I really just… have not liked most of the new designs for characters. Mercy’s especially still bums me out, but I’m hoping the PvE content would still be nice. The PvP plusthe way events started being handled (Weekly rewards and more achievement-based items) just really burnt me out. Also Lootboxes in general aren’t much fun for me, but they’re a infinitely worse when you can’t trade items with friends. You can buy some of the items, sure, but they are so expensive and so the trade-off doesn’t feel great.

Planet of Lana looks really interesting, but it’s definitely something I need to see more of first. 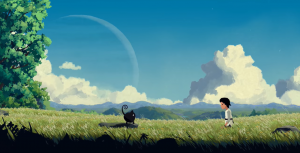 Next up was the Day of the Devs part in the Showcase. There’s been so many good Indie games so it’s always nice to see more. I was already aware (and excited for) some shown, but I was interested in some others as well!

Vokabulantis looked really neat. I’ve been a bit burnt out on Platformers lately, but I’ll definitely keep an eye out for now.

Road 96 also caught my eye. I always find it interesting to have heavily story-driven games where it can vary so much just based on the Choices you make. I’m excited to see what Road I end up on as I play.

The Wandering Village looks really pretty, but I’m not always great at balancing things. It’s definitely another game I want to keep an eye out for though.

Unbeatable has some amazing music and I love the aesthetic, but I’m just so bad at rhythm games, I know I’d eventually struggle with it a lot. I really need to buy the soundtrack at least. Maybe I’ll finally try the demo later despite my lack of skill.

Behind the Frame looks really interesting, but I definitely want to see more. 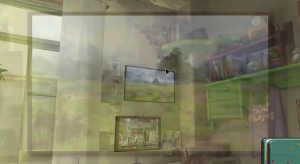 Stuff I already knew about, but am still excited for

Presentation-wise, I loved seeing all the Legos stuff and Clay sculpting? But wow did I not understand a single thing that was going on. Information-wise, it was really lacking on what exactly the game was. Wild West Dynasty looks pretty, but I have no idea if I’d play it. Though, I guess if you played previous Dynasty games, maybe you’d have a better idea than I did.

Olli Olli World has a neat style. I don’t know specifically why, but I always find Skateboarding games kind of interesting. I’d definitely want to see more of it.

Stuff I already knew about, but am still excited for

FireGirl looks interesting, but I feel like I’d be really bad at it.

BPM still has such catchy music, but I’m just not good at those types of games. Not being able to pet the Bird makes me sad. The Bird is so cute…

Slime Heroes looked super cute. It could be fun to play with my husband.

Arcade Paradise seems like it could be fun, but I’m worried there will be some dark twist or something that’ll make it a lot less fun for me.

I really enjoyed Venice 2089’s demo so definitely interested in the full game.

Omno is really pretty. I love puzzle games, but big open worlds and I don’t always work well together.

I’ve always enjoyed every single Direct they’ve done so it’s no surprise that this is one of the shows I was most excited for. I know I’ve seen a lot of the games that will be shown (and am excited for many of them) so I’ll still likely mention it regardless.

Bird Problems looks so weird, but also interesting in a way so I’m kind of curious to try it regardless.

I loved playing the demo for Alekon (even if I sucked at the rhythm portions…) and knowing it’s out now is exciting. Definitely hope to get it really soon.

A Little to the Left looks like fun for similar reasons I’m excited for Unboxing. Organizing things can just be kind of relaxing, especially without any timers or pressure about it.

I have been enjoying Ooblets all through Early Access so unsurprisingly, I am very excited for the new update. I’ll have a video up later today playing through it so be sure to check it out! (Edit: The video is now up)

Behind the Frame caught my eye on Day of the Devs already, but seeing even more from it as just cemented my interest. I’ll look forward to its release :)

I’m excited seeing a Pink Bird in this footage for Skatebird.

Pekoe looks like a lot of fun! And I really love tea.

I’m still really excited for Lake. I had gotten into the Beta for it and I can’t wait to see the full release.

I had played the prologue of Mythic Ocean and it was a lot of fun, though, my recording of it just… died entirely. I’d like to hope it would be easier to do everything in the full game.

Button City is another game I’ve been following for quite a while now and I really adored the demo. Very excited for it :)

Letters is another game I backed on Kickstarter! I’m looking forward to seeing it finished :)

Hot Pot for One has a bittersweet feeling, but I really want to play it regardless.

I’ve been looking forward to Tracks of Thought despite sucking terribly at card games and I’m downloading the demo right now and am so excited to play it. (Edit: It has been played and I did enjoy it)

Beasts of Maravilla Island is another where I just absolutely adored the demo and knowing it’s out today… I have no idea how I’m going to find time to play so many good games already.

I still can’t get a read on “We Are OFK” to say if I’d want to play or not, but I still really like the music.

The Gecko Gods looks interesting, but I definitely need to see more of it first.

Paralives still looks really neat and I feel like the way you do things makes it feel a bit less overwhelming than the Sims. I’m looking forward to seeing more of it.

A Walk with Yiayia made me a bit emotional, but I’d like to see more of it.

Dordogne is so pretty and it still looks like a lot of fun. I also expect it to break my heart a bit though. 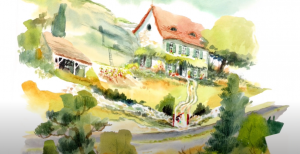 Rainbow Billy looks really interesting, but I’m not sure how great I’ll be at the fishing to keep them all fed… A demo will be out on the 16th though so I’ll definitely have to try it.

Unpacking just gets me excited for it every time I see it.

I’ve been excited for Teacup since I played the demo. I also love her outfit so much.

Every new thing I see of Pupperazzi just gets me more excited for it.

I remember playing the demo for Luna’s Fishing Garden a while back and really enjoyed it. Excited to see the full game.

Amber Isle is looking really great too. I can’t wait for it.

I love the look of Woodo so much. Another game I am really looking forward to.

LEGO BUILDER’S JOURNEY!! I’m really wanted this game, but it was Apple Exclusive and I don’t own any Apple devices. So excited to see it finally releasing on other things!

Shashingo looks so interesting and as someone who’s really wanted to learn Japanese, I’m excited for it. There’s so many good photo games this year.

Please be Happy also looked really cute. I love the art style. I do wonder if it’ll be solely romantic-framed or if you can just have friendship too.

And at this point as if I wasn’t overwhelmed enough already, we got into the quick sizzle reel so to finish this off because wow 90% of the games did catch my interest, quick list!:

It’s just random trailers right now, but Trackmania taunts me every time I see it. I really should try it at some point.

Unfortunately, there wasn’t really anything for me in the conference itself :( There wasn’t even a music performance this year…

The Luma Plushies from the second Mario-Rabbids game were also cute at least? 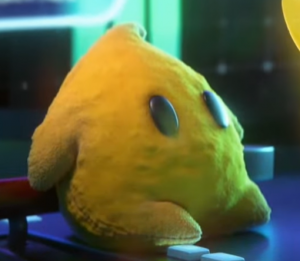 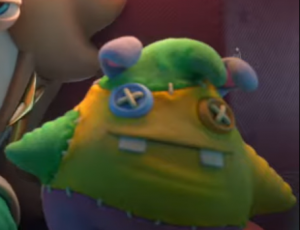 Phantom Abyss seemed kind of interesting, but I don’t think I’d enjoy playing that type of game in first person.

At least the song at the end was catchy…?

And that was really all my thoughts. I had nothing to really say about any of the latter shows. The Wholesome Games Direct was easily my favorite, but I don’t think that’s surprising to anyone.