It is officially Day 2 of E3 and once again we’ll be having several different presentations. As a reminder, I mainly just talk about stuff that stood out to me! But I won’t comment on everything if it didn’t catch my interest.

Contraband was probably the first thing to even catch my interest, but the trailer gave no real information about what it’s even about… So I guess I’ll just keep an eye out for more information.

I really enjoyed what I did play of Sea of Thieves during the early beta and free trials and every time I do see it, it reminds me of how I’d like to play it again. I’m surprised to see a Pirates of the Caribbean crossover, but I do think it looks neat. It’s a game I think is more fun when you have friends to play it with though.

12 Minutes is a game I’ve known about for a while and am just… SO intrigued by it. It just seems so interesting and from a mystery standpoint, I have so many questions.

I love the look of the animals in Party Animals soooo much. I just wish it was… a different type of game ^^; The controls were also kind of weird from what I played in the demo. They’re so cute though and I’d love to see them make plushies of the characters. The Pink Corgi and Unicorns were my favorites. 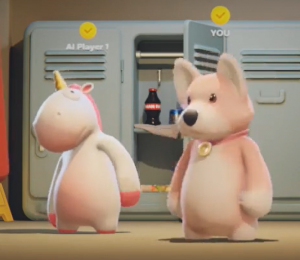 Slime Rancher 2!! I did not expect to see a sequel for the game. I think if it has the additions they added to the original at the start (Such as “Casual” mode which gets rid of the Tarr– too bad it wasn’t possible to change your save to a different mode) and add other things to make it a bit more of a casual experience, I’d probably enjoy it a lot more than the first? 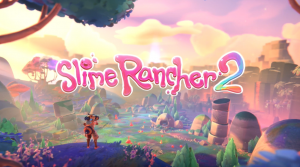 Part of why I stopped playing the original was that a game that seemed like it should be relaxing actually got incredibly stressful for me and after losing tons of my original slimes due to a Tarr outbreak (I wanted to have one of each Largo together of a specific type an learned the hard way of what happened when they ate another plort), a lot of my enthusiasm was curbed and it became further an issue between Slimes that could escape if not fed often enough (and it’s not like you could put up infinite feeders– even the Auto feed only does so much, especially when you need to find your way back to restock them… I needed much more automation), the map only be added later (though, who knows how much it’d help me and my lack of directional sense), the limited time decorations that got patched in and out, the randomly spawning golden ginger root or whatever… It was just so much RNG at that point along with feeling overwhelming, hard to keep up with, and just feeling more and more defeated that I got completely burnt out. I’d like to hope a lot of these could be adjusted in a sequel, but I guess we’ll see.

Grounded is not my type of game at all, but I will admit the addition of sitting and pets tempts me.

In general, I’m kind of tired of Racing games, but Forza Horizon 5 looks so pretty? I want to just make a custom car and drive around randomly, maybe with friends, and that’s it. Forget racing (unless we feel like it), let me just drive under a waterfall, thank you.

If the Campaign mode isn’t solely just racing and may actually be a bit about exploring and quests like they made it sound, I may finally pick up a Forza Horizon game. Which we’ve been planning to for ages, but something always comes up. I think in general, the customization from Modnation Racers just ruined other Racing games for me and I just don’t really enjoy the competitive aspect. Like year, you have cool fancy new courses, but what’s the point if I’m stuck just racing through them and can’t just take my time to explore them?

I just want a Car “racing” game where I can combine my Modnation Racer character and car with the Prancer cart from Mario Kart and then go exploring in a bunch of fun pretty maps. That’s it. Joyriding the game. With weird obstacle courses to do in your car. The weird bowling thing does look fun.

If there’s one thing that stood out for me with RedFall, it was that I’m so happy it wasn’t zombies. It could be fun to play co-op at least.

Anyway, I’m mainly surprised they didn’t have something with NGS considering it just released less than a week ago.

The Guardians of the Galaxy game honestly looks pretty fun? >> I kind of wish it had a co-op option, even if only up to two people, but it still looks neat. The start screen of them all hanging out is so cute. I also really enjoy the soundtrack.

Part of me is intrigued by the new Life is Strange if only for the mystery aspect, but I’ve found their games just… not very satisfying with how they end and some of the characters really frustrate me, unfortunately.

Finally, still very excited for the next TWEWY game.

While there wasn’t much to see, I still found it enjoyable.

Grow: Song of the Evertree looks really pretty, but I am so bad at management games… I may still keep an eye on it though.

Still excited for Lake! Even more so for mentioning ‘The Great Mouse Detective’ which is one of my favorite films.

“Detective Thriller” is one of the fastest ways to get my attention. Just something else for me to keep an eye out.

And with that, Day 2 is over! While not as much stood out to me as Day 1, I did enjoy the beginning of the day regardless and it ended okay… The middle was… less fun though.