Originally, I expected I wouldn’t have much to say until the update hit, but in the end, I do have a handful of things I did end up doing before the update hits on Thursday. For one, we have the last seasonal item for October (though, it is also part of November): Our final item for last month– Marigolds were also added for Day of the Dead. I wish I had a nicer place to put it though… 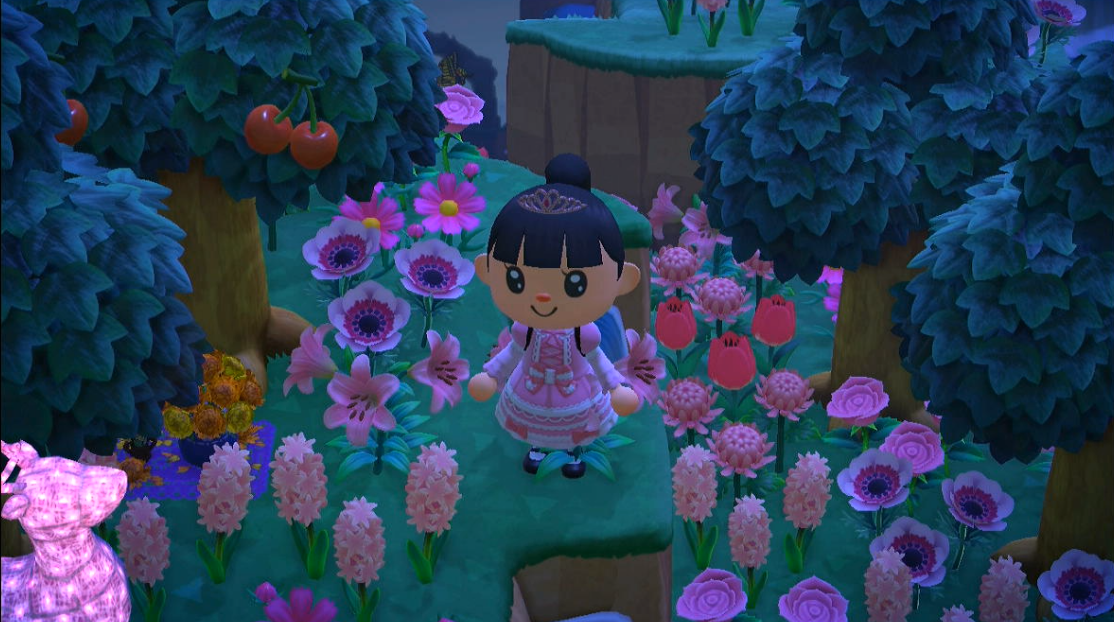 Maybe if this area gets redone?

That evening after the Direct, in an effort for some control, I took the time to work on my little side Waterfall area again. I had always wanted it to feel more like a Shrine, but room was such an issue… But you were never actually meant to walk into it which made me realize there was a way to make it work after all: 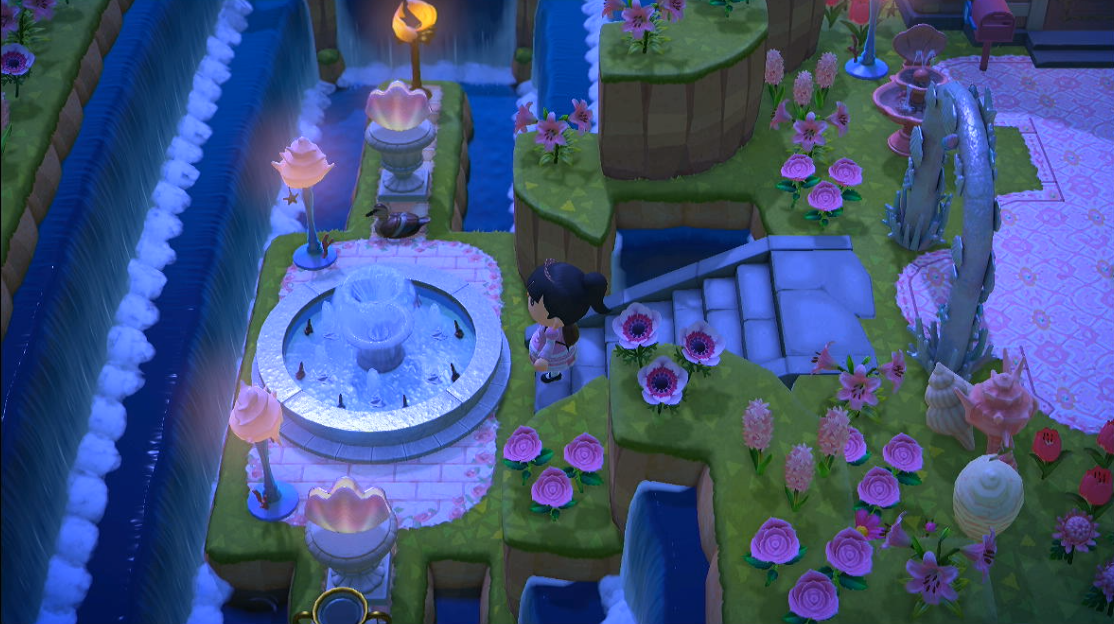 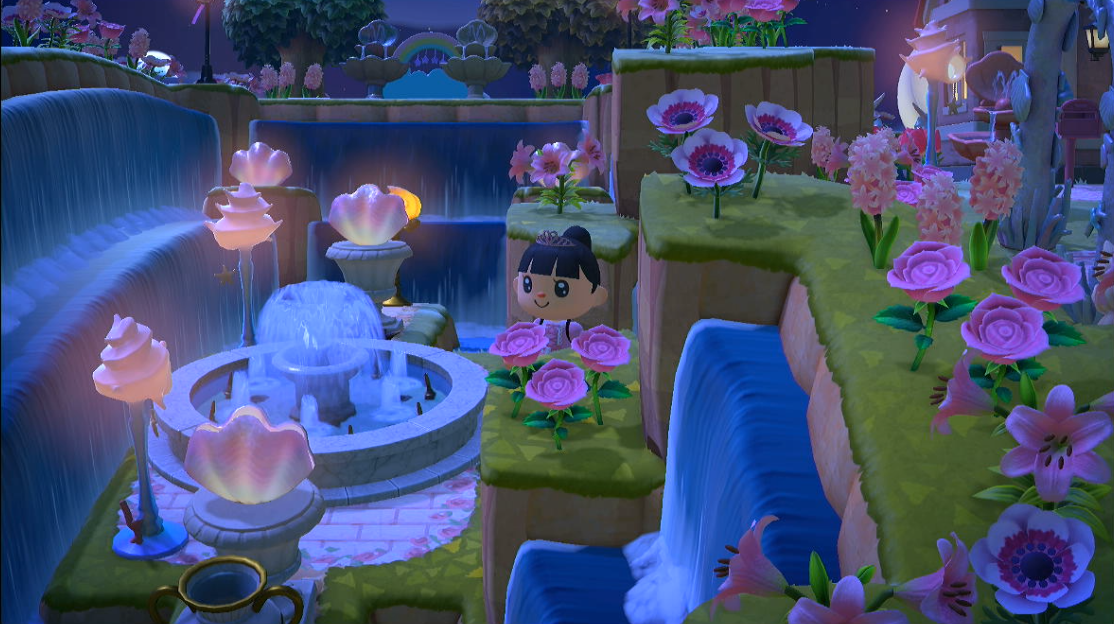 I would’ve liked to fit in some Shell Fountains too, but their awkward size unfortunately made it impossible. Maybe a new item could work, though, unless they gave us some overview mode for exterior editing, it’ll be a huge pain to do. It’ll be interesting to see just how many features from the Expansion are possible and when as I’m sure you’ll have to build your rank up like in Happy Home Designer. I just REALLY hope it’s not real time only. Normally, I don’t mind waiting, but it’s nice to just zone out and decorate houses for villagers and can’t really zone out if I can only do three before the game tells me to come back tomorrow.

In the meantime, I had been popping in more, constantly wanting to work on things and generally choosing not to as I should wait, as it’s been really hard. Even though there’s only so much dialogue, sometimes I still get some nice new things. 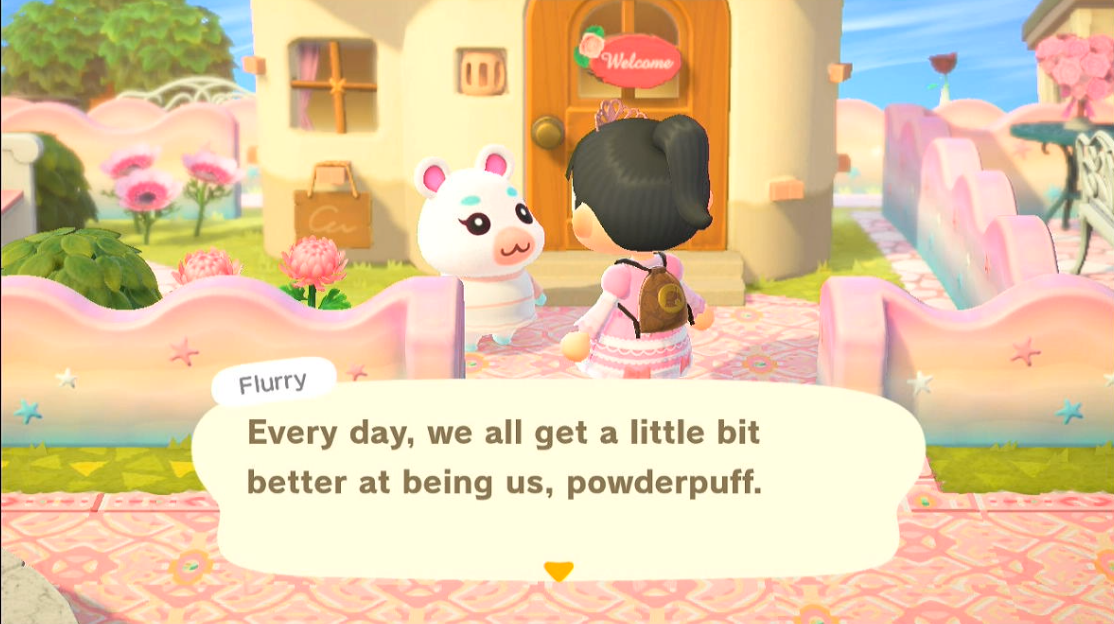 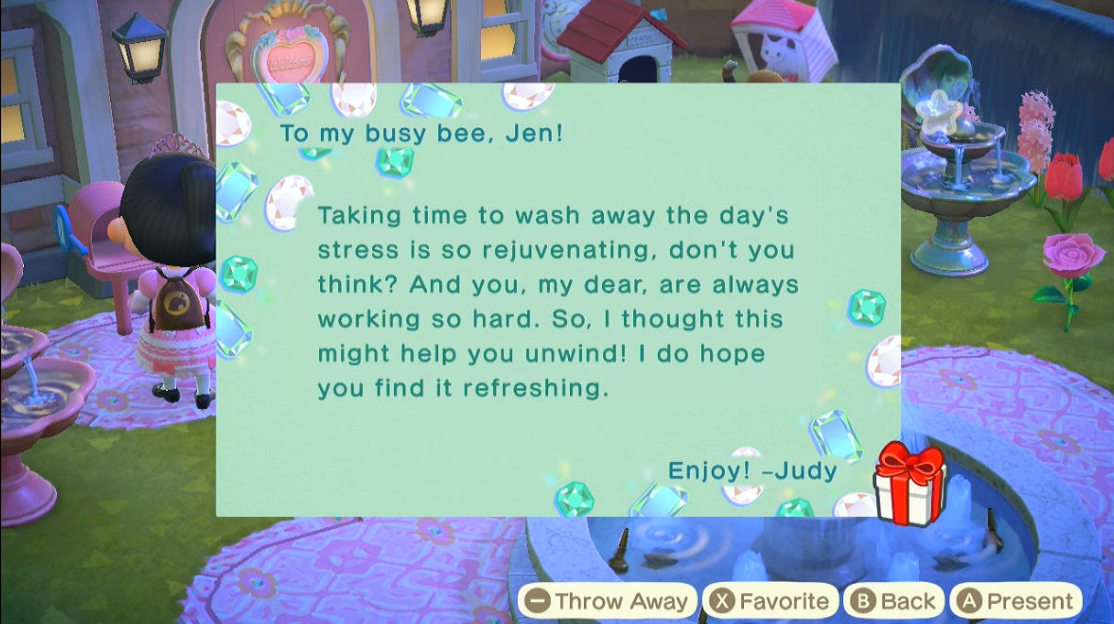 Thinking all of it over more though, I figure if I do try to change up any area in full, it may be the pond area– cleaning it up a bit and making it less wild/cluttered while still giving a kind of fantasy vibe. Maybe it can still turn into a big old shrine in and of itself, but I should wait to see what new items appear first. The other area I’m considering making some adjustments too is the large waterfall before near the bridge to the Grove area– I am considering making the mouth of it a bit smaller instead of just this gigantic rectangular river/pond.

As it is, Mira had lost an item and for the first time, I couldn’t find it anywhere? I usually find it long before a Villager asks, but even after multiple loops around the island and even having Meg check as well, we couldn’t find her notebook! Maybe it’ll show up while doing some renovating? But I’m just… beyond baffled. She did draw a very cute Mega Audino on my Bulletin Board though :D 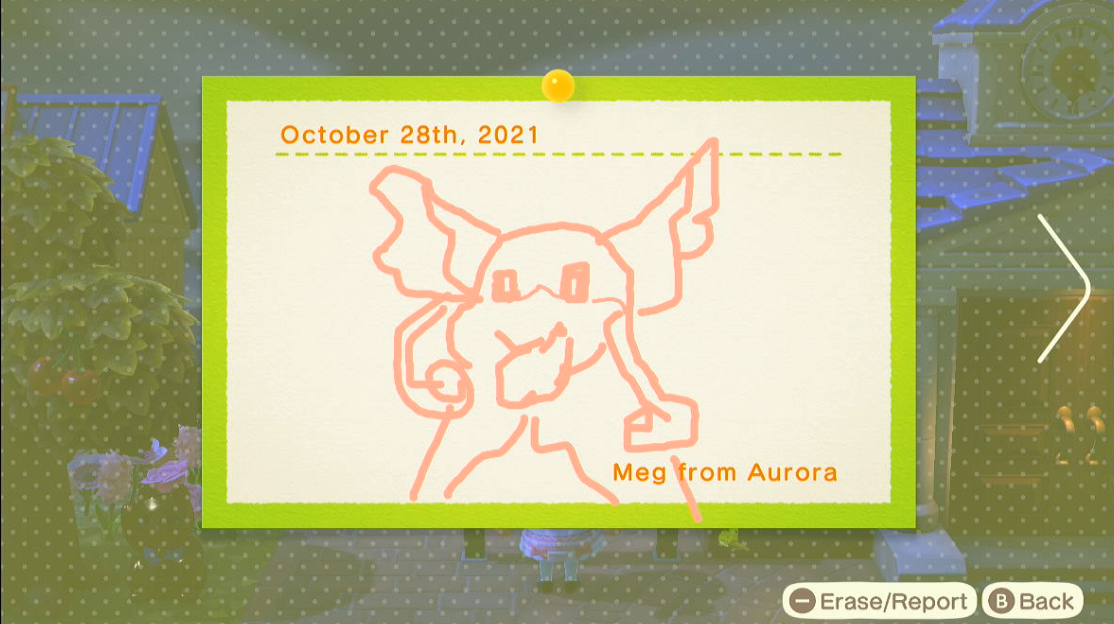 We also had another new seasonal item today and honestly, probably my favorite of the newest items from 1.11– these adorable handheld lanterns: 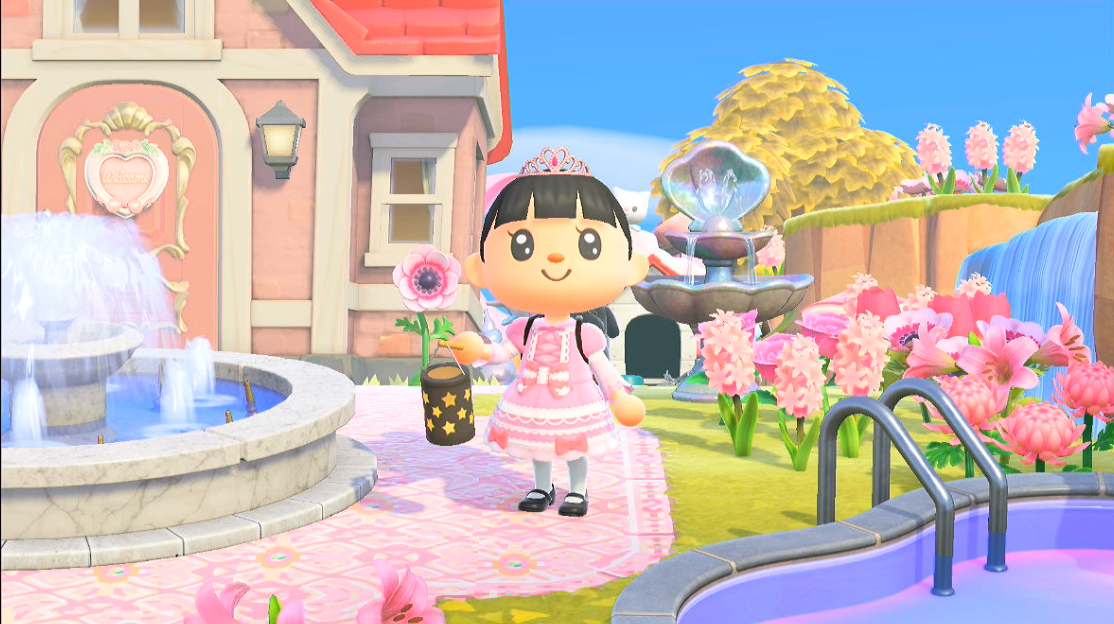 They’re both fun to hold and honestly look really cute around. I almost wish they were customizable too. I’d say maybe one day, but with this update supposedly being the last big one, I wouldn’t expect any new custom design items.