In a way, this will probably be my last entry about “regular Island” stuff– everything in the future will focus almost entirely on Happy Home Paradise. Yesterday, I finally managed to hit 50 total Group Stretching sessions. It could’ve been done in 2 months, but as most people who follow me know: I really struggle with repetitive tasks, especially if they’re time-gated. On some days, maybe I could have done 50 in a row (and if you saw my Youtube video, you’ll see I was ready to do that before realizing it only counted once per day as the Nook Miles restrictions continue to frustrate me), but doing one each day for 50 days was just exhausting so I just… did them when I felt up to it or could remember. I don’t like changing the time so time traveling wasn’t an option for me to get it done faster.

It was… a very long journey just for these lines of dialogue that got blocked by a fishing tent and a bunch of reactions I’ll never actually use. 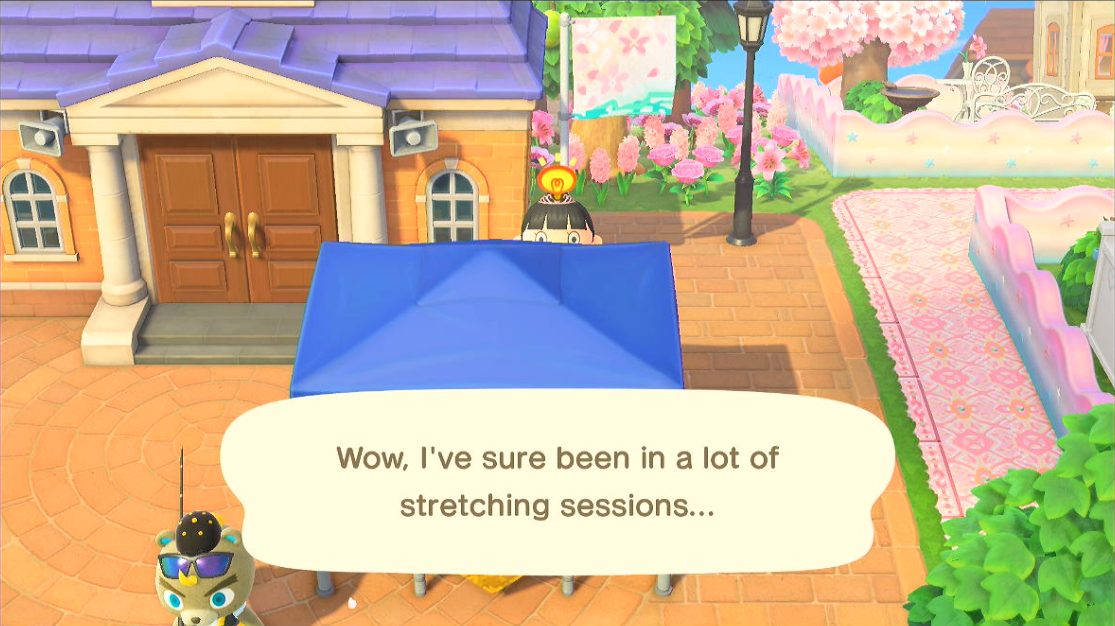 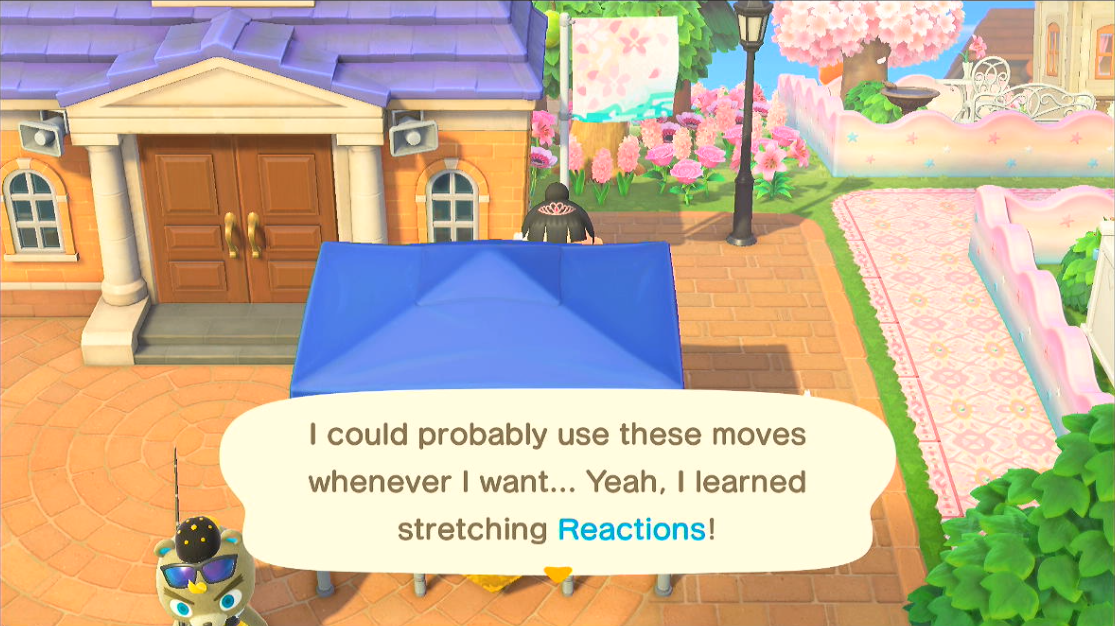 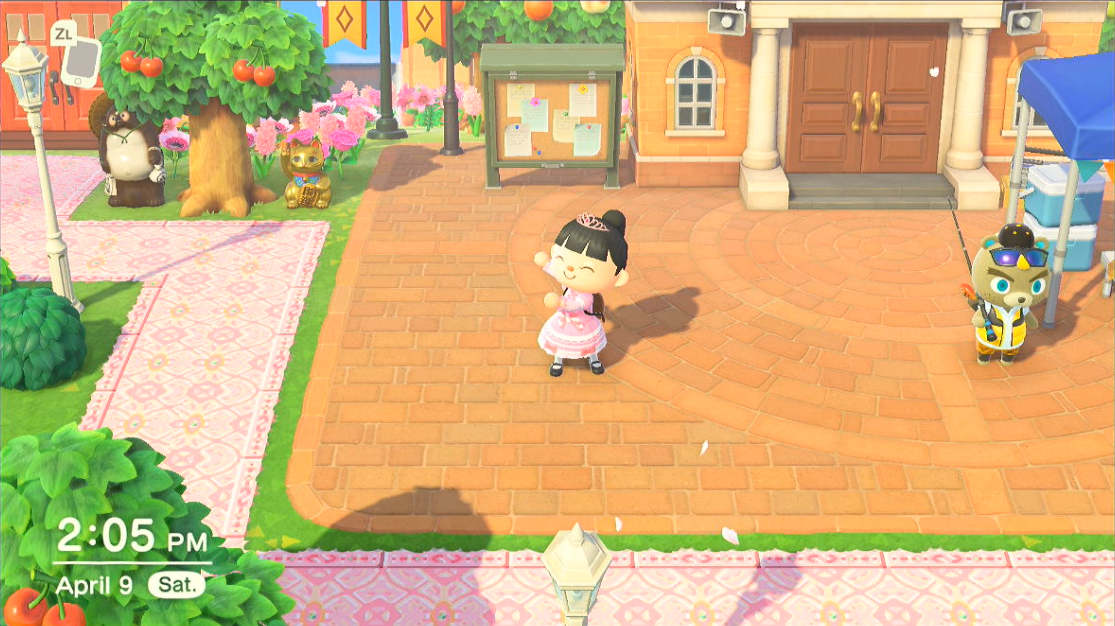 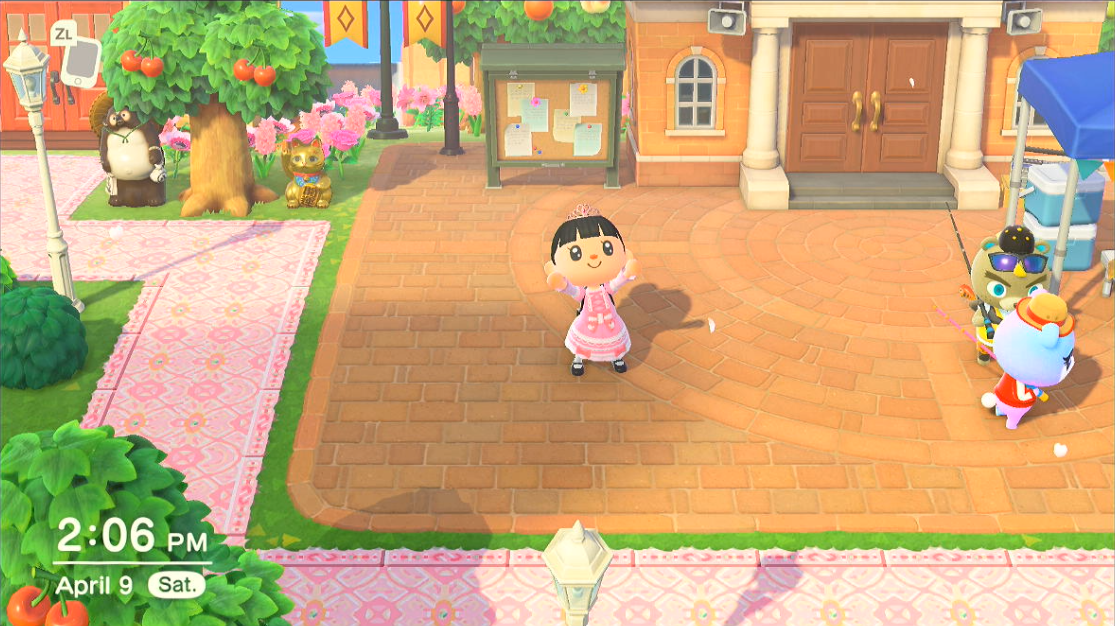 One thing you may also notice though is I didn’t make an “all reactions” video and that’s because I’m still missing some and, due to how the game decided to do reactions this time around, that is something that won’t change. There will be no more updates. Dr. Shrunk never came back (nor did the Shrunk Shuffle despite being in the game files) and so I am permanently missing 6 reactions– the Best Friend ones from Lazy and Smug villagers and all four from Cranky Villagers. I got my dream villagers very quickly and have no regrets on getting them. I’m just annoyed that one Villager exclusivity thing got turned into two this time around– at least you could get DIYs from other players, but there’s no reason the reactions should have been done this way.

It genuinely makes me really sad how much New Horizons has really pulled me down and just… killed a lot of what AC did for me. I know not everyone feels the same way (especially those who enjoy farming and/or crafting), but I don’t know if I’d pick up another Animal Crossing game if a lot of these features stuck around and that makes me really sad. The game is important to me for so many reasons and is one of my favorite series so to have New Horizons leave me feeling so defeated kills me. I know I’m not entirely alone, despite being in the vocal minority, as I have seen others bring up my issues as well. I think I would’ve minded Terraforming less if it had some similarities to how adjusting the scenery in Pocket Camp worked where you could pick the grass color and certain elements for the sky and have certain things in the backdrop. I did like being able to adjust certain things a bit, but honestly it made me sad seeing people completely flattening their islands. I’ve never been super big on using patterns for everything either– I really like using a lot of the main game’s stuff and New Horizons just feels more catered to those who do go all out on that kind of thing. Regardless, I think most people have agreed the game was missing a lot of Quality of Life features. And so many good Happy Home Designer features were excluded, even with Happy Home Paradise’s arrival.

There’s very few things I’d like to see come over from New Horizons– off the top of my head, Villagers not being able to leave without confirmation (though, I’d still prefer a lock-in feature– I was always worried to talk to them if they were thinking due to fearing I’d accidentally pick the wrong choice), new items and having more colors (I don’t think they were good enough to replace all the old items, but it doesn’t mean I didn’t like them), everything about the Museum, Harvey’s island and everything on it, all the decorating options from Happy Home Paradise (including decorating Villagers’ houses), and the new villagers (No villagers should be left behind. I still hope one day all old ones can return). For the most part, that may be it, but I wouldn’t be surprised if I am missing a few things.

Regardless, with no more updates planned, it was time for the final town tour. I still hate that evening is later in this game so I can’t have the perfect scenic lighting while night stuff is also lit up. Not too much has changed since my original town tour so photo-wise, I’ll just be focusing on some of what is different… For some things, it was just a few adjustments, while others got bigger make-overs. 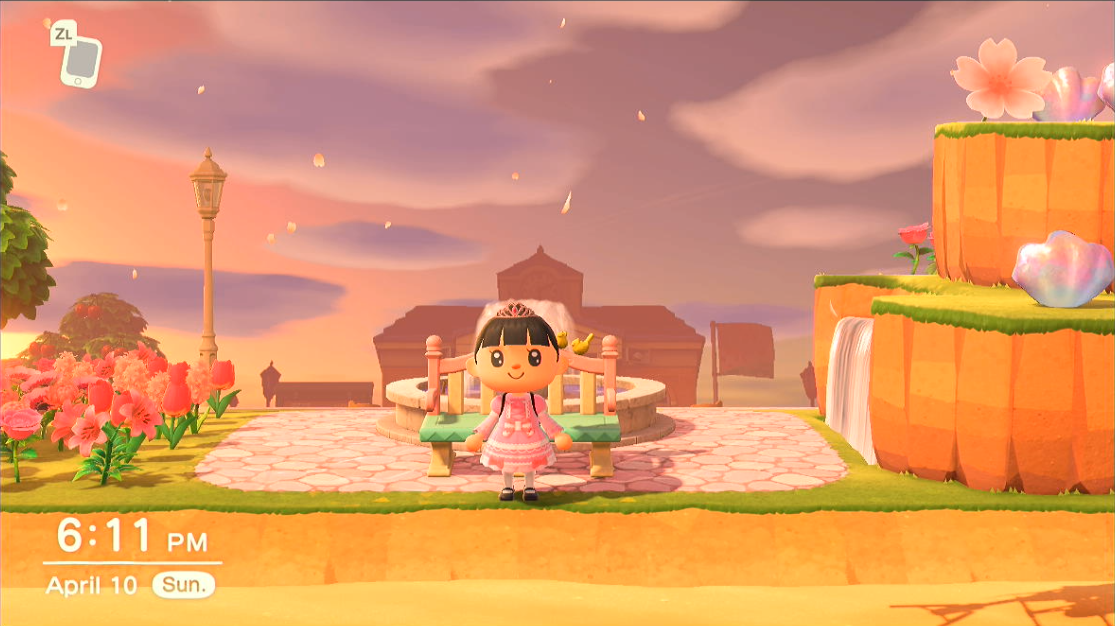 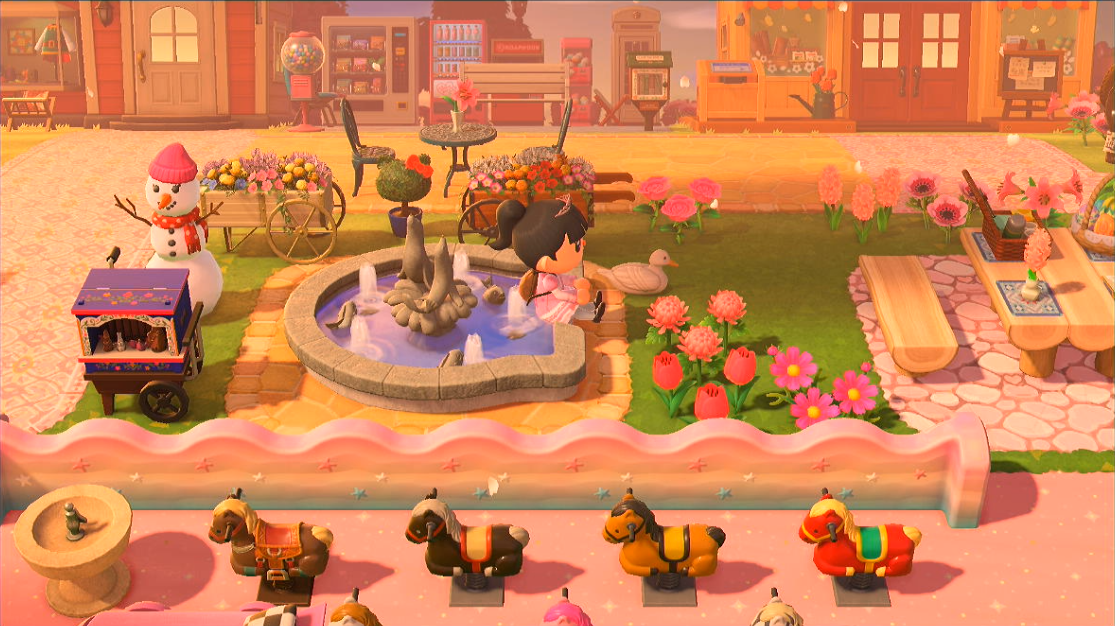 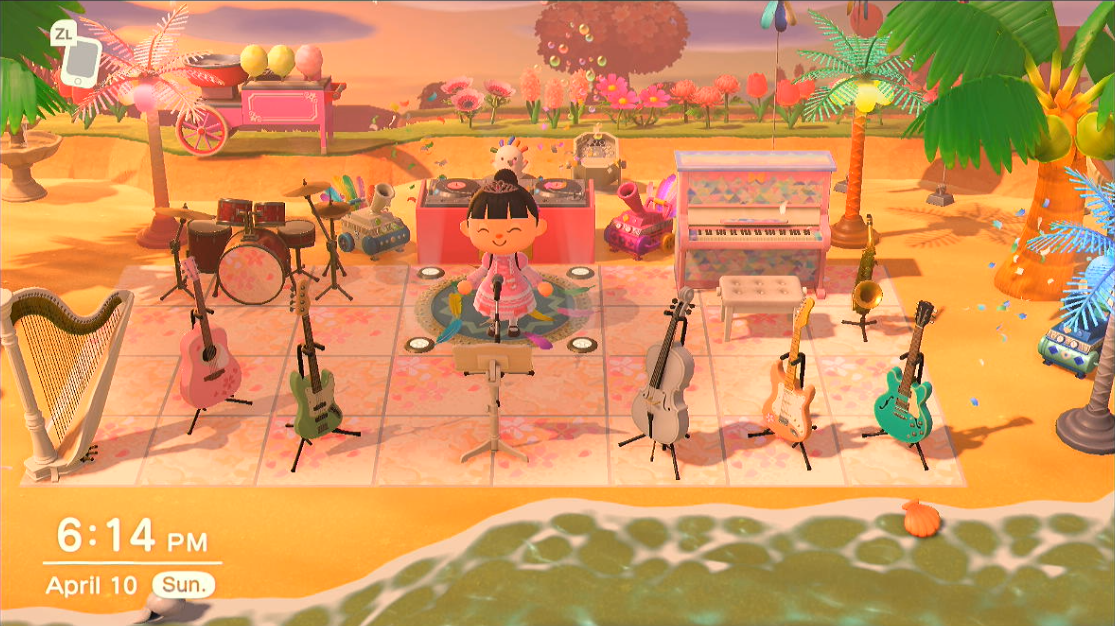 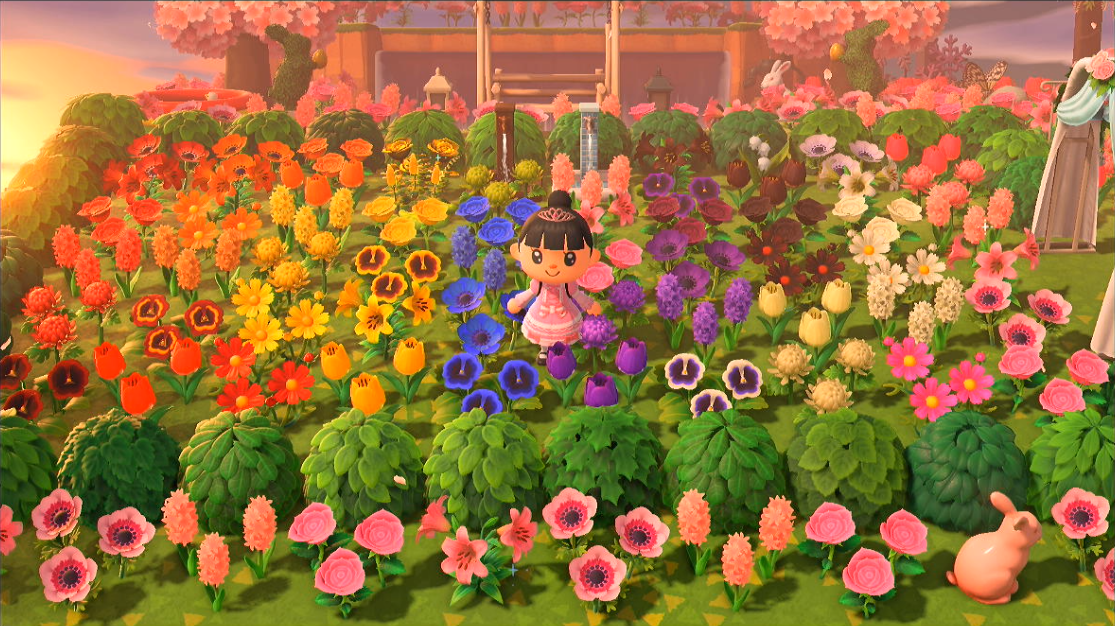 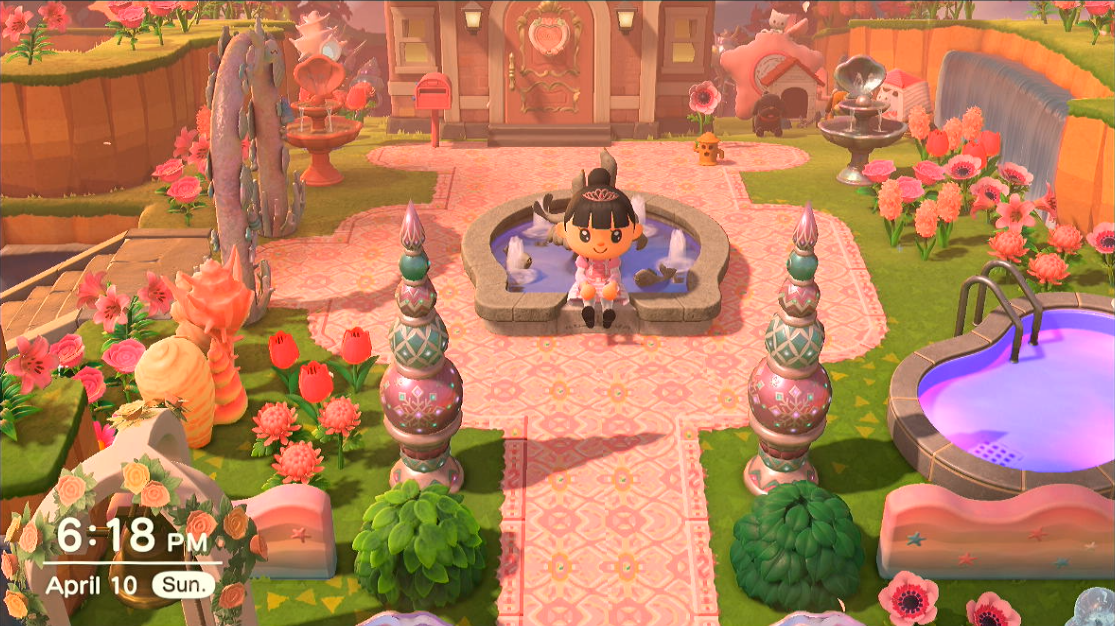 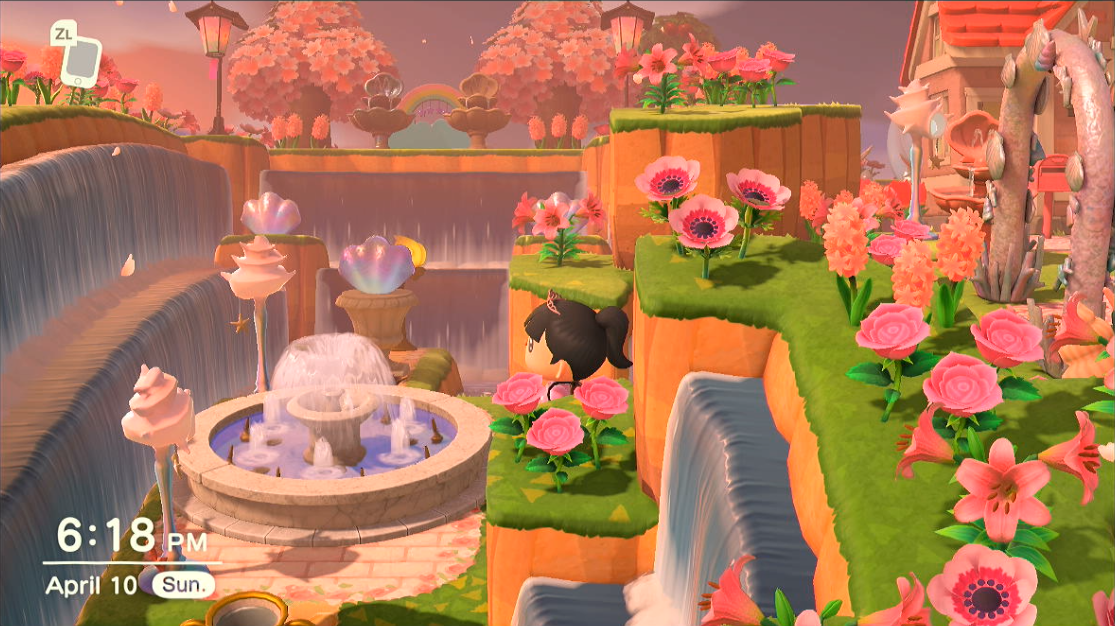 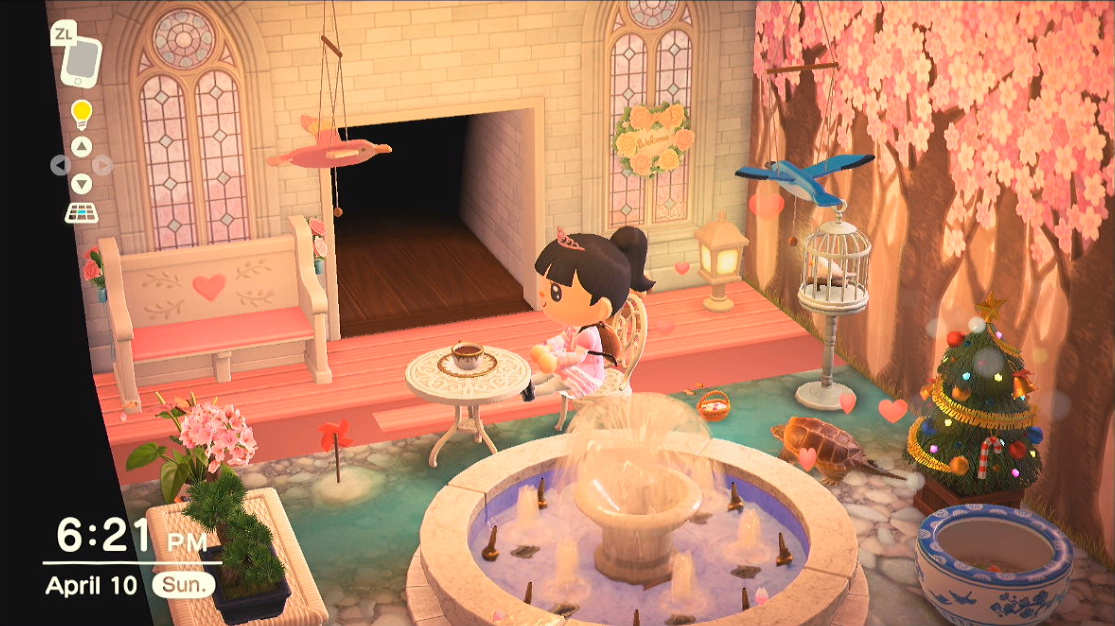 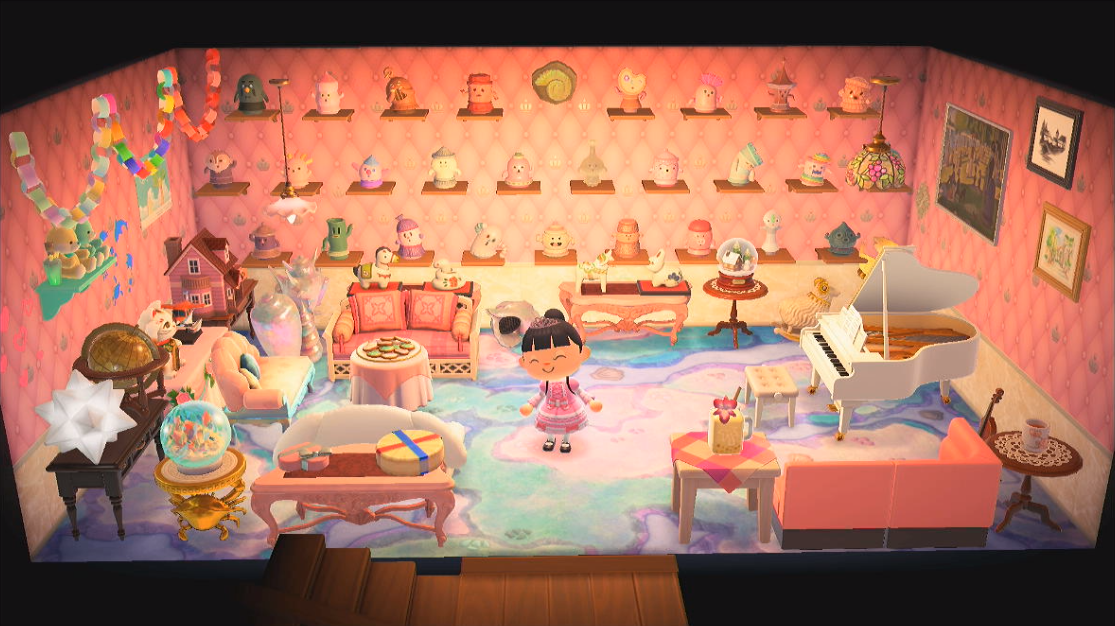 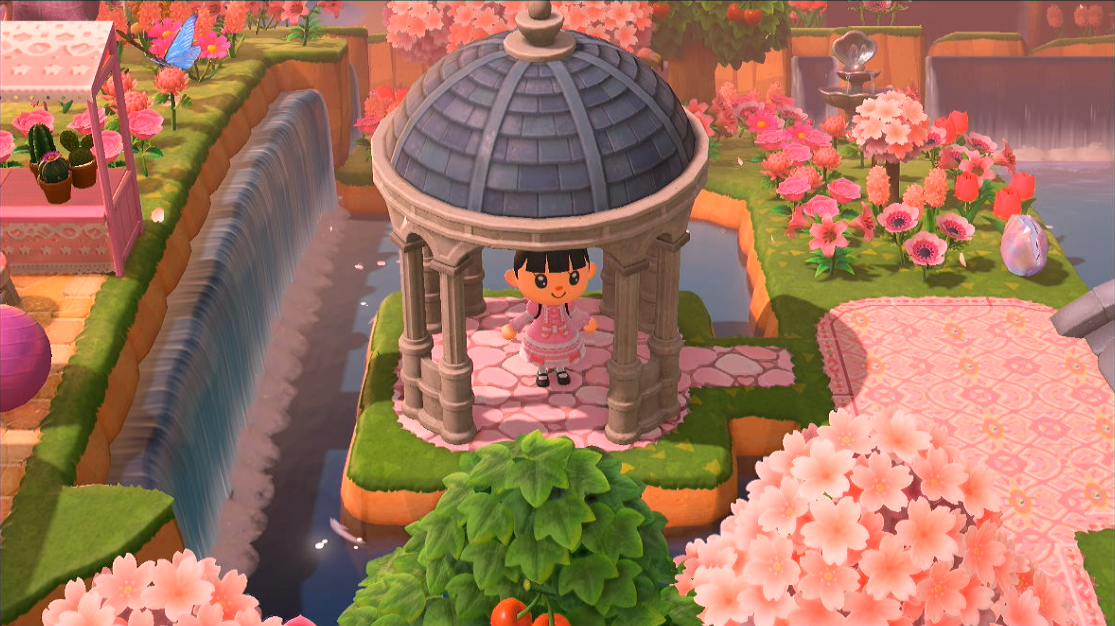 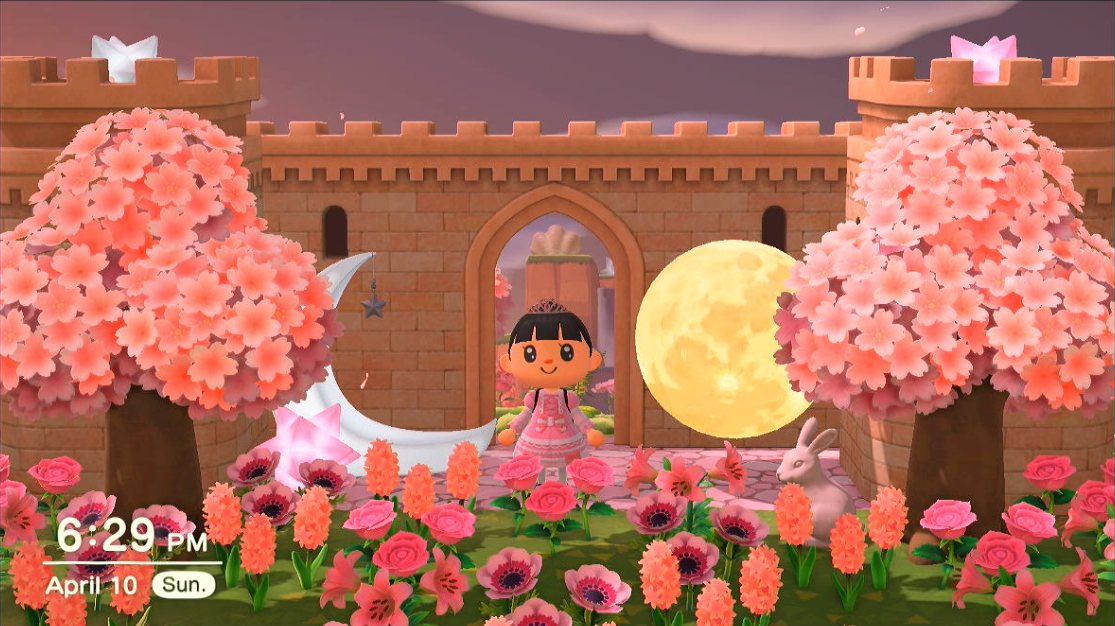 But you can watch the whole tour here:

Obviously, it never really came to fruition like I would’ve liked it to, but I’d be lying if I said I was surprised. Ignoring having to work with smaller rooms (I really needed at least 8 minimum per side), it was really important to me to keep my island very similar to how it was initially. I never wanted to feel like I was actually tearing something down– just transplanting something in a different location. 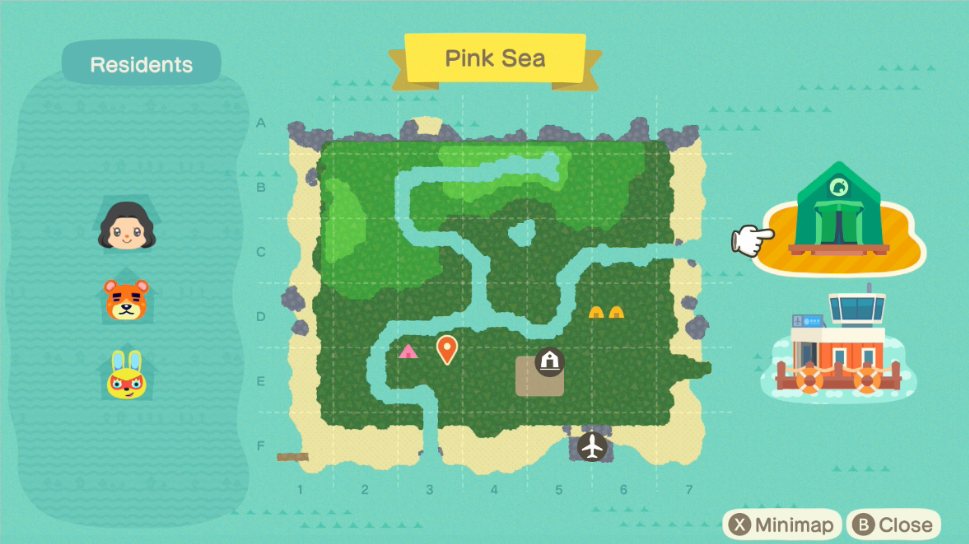 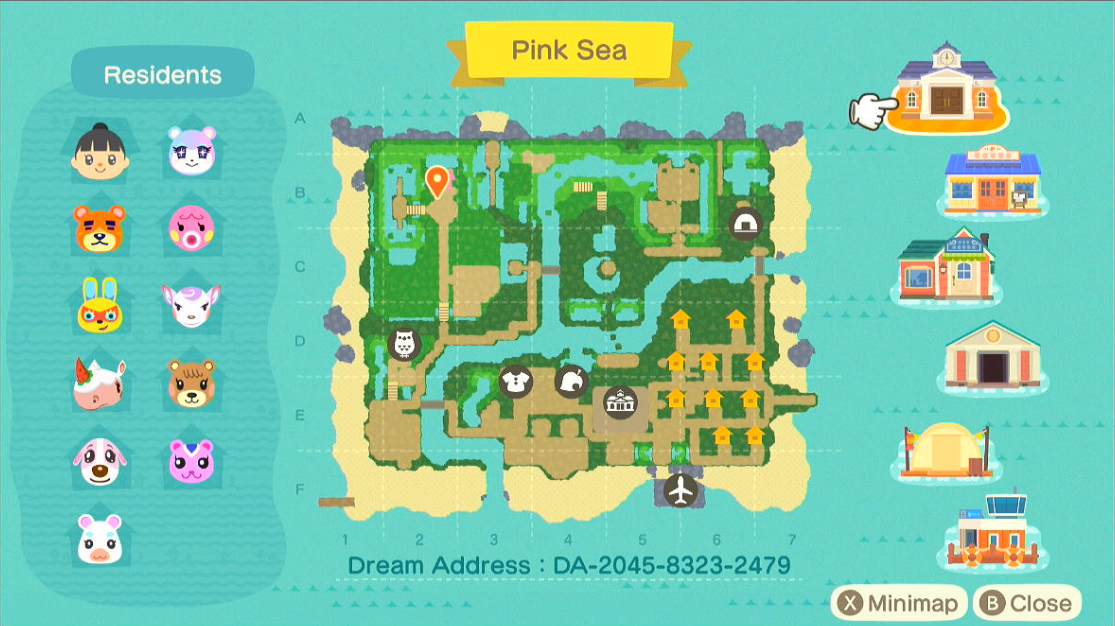 You can pretty much just compare my map from Day 1 to now. It felt kind of silly to just… tear everything down and so I did my best to avoid that. Honestly, there’s probably even more I would’ve kept the same if it wasn’t for the whole… waterfall tiers and other pickiness of how close certain things could be to other things (Like trees by water).

Hopefully I’ll have another burst of creativity soon for Happy Home Paradise. Still wish they could give us actual themes for the Special Villagers though. I don’t like coming up with things without any prompts. 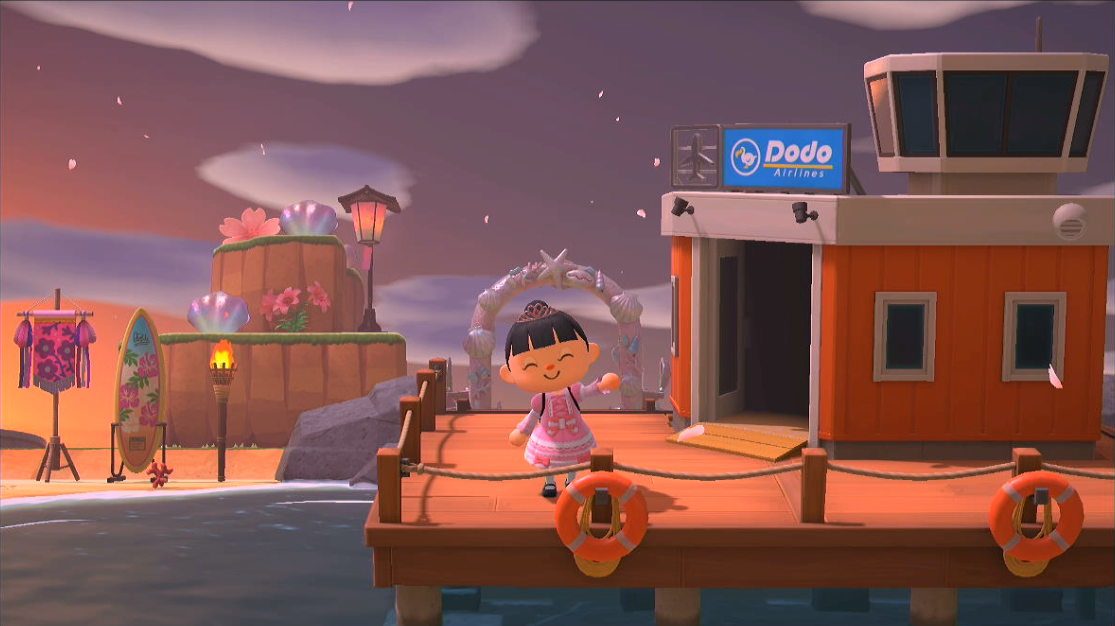