One thing I find really interesting with My Fluffy Life is the events thus far have started on, or very close, to the actual holiday versus other games where it’s usually earlier and ending on or shortly after the holiday itself. This also constantly ends up throwing me off as I’m so used to that approach, I tend to get a little anxious about when it is and on the day of, usually worry about missing out when it goes up, despite there not usually being anything time-sensitive– the only real exception being the donation box during Winter in the lead-up to the Christmas event.

Regardless, today (or well, yesterday now at the time this will actually go up, but when the event came out and I started writing) is Easter and that evening brought the event alongside a few other updates such as Spring arriving and some new items available in the stores.

It seems there’s more to come as well– for one, there is this Gazebo that is currently under construction (though, it’s likely part of a later update), but another store is supposed to be available through the Laptop that will make use of the Butterflies you can catch. I’m not sure if this will be limited time or not, but I hope the amounts required won’t be too crazy… 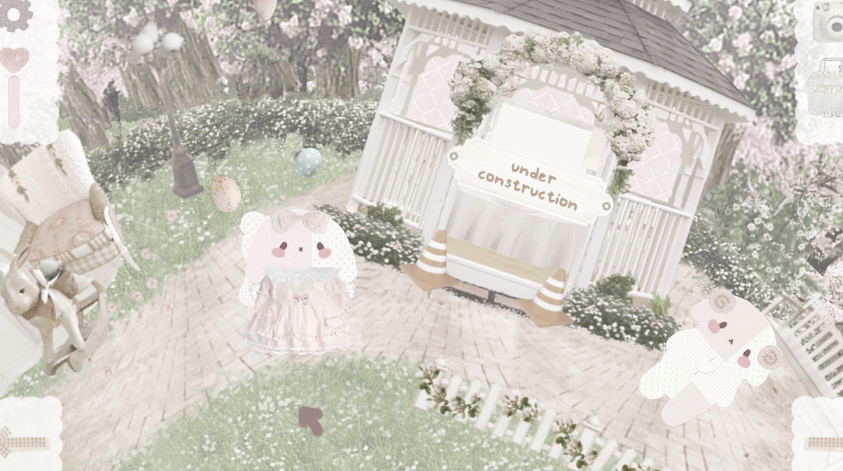 You may also notice above my characters the biggest feature of the Easter Event– the Egg Hunt! Eggs randomly load in (though, as far as I can tell, they will stay until you leave the area) and can be clicked to be collected. You use eggs for the special Dye stand where you can use 100 to dye any clothing, furniture item, or even one of the “base” colors for a Stuffie which really opens up a lot more color options as right now each species just had the one color. I ended up making mine a slightly paler pink, though, it isn’t as noticeable unless she’s standing right near someone with the normal color. 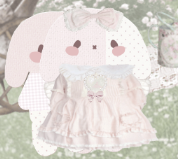 As much as I love pastels and lighter shades, one downside to how this works is currently it has very little effect on darker colors– similarly, if you want a warm shade to just be a different warmer shade, it just… does not really affect it enough to notice. It only really is noticeable if you pick a cooler color in that case and vice versa. Essentially, unless it’s a light color in the first place, you won’t see much of a change. I’m hoping maybe this is just an oversight as one of my favorite outfits is actually this Brown Jumper, shown on the left. The middle is how I hoped to recolor it– essentially, to match the bow… And the right is what color I get when I am trying to dye it pink which ends up more grey.

With whites and paler colors though, it does work well and I’m hoping to use it on a lot of the furniture, which I’ll need about 700 Eggs for alone… If I also count clothes I’d like to color as well, it gets closer to 1,500– and that’s all stuff I feel like I’d definitely use and not just things I’d like to have. One thing I really like is that the item isn’t taken away– you just get an extra in the same color. That said, I am worried about if I’ll manage to hit 1,500 eggs before the event ends in 3 weeks. I ended up coloring the curtains first for Room stuff– I also have the new lights up which I really like. 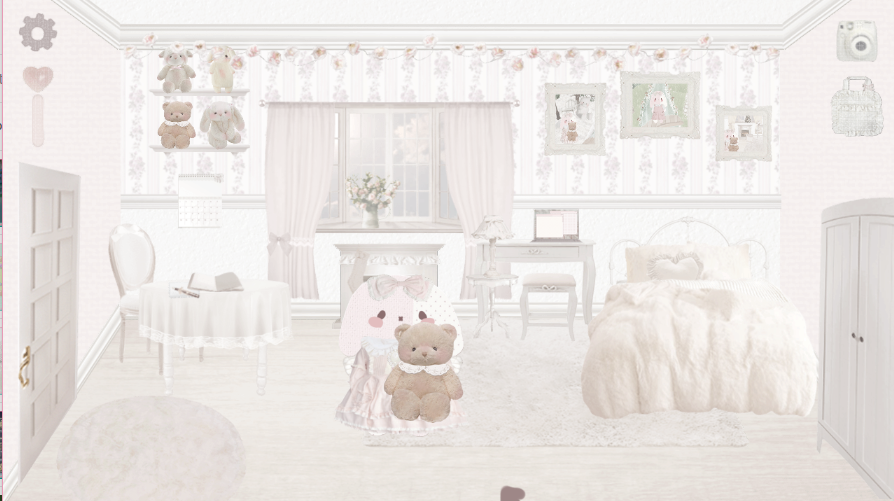 As for minigames, there’s three essentially– a bouquet making game where you use flowers gotten from the other two games: The first is where you can grow flowers and harvest them and the second lets you control a Bee to collect dandelions and pollinate bushes. You also earn happiness in the Bee game and filling Bouquet orders by matching the order pictures will get you Teddy Coins. As cute as they are, I already know the majority of my time will just be collecting eggs. And possibly also butterflies whenever the laptop shop is up.

I will say the Spring graphics are really pretty. I also really like the new area too, though it’s starting to take a bit to get back! There’s already previews of future areas too considering the giant Mushrooms in the new area… 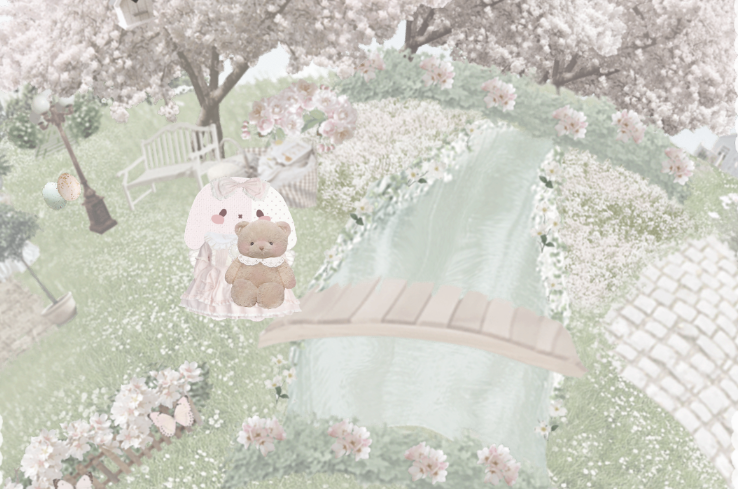 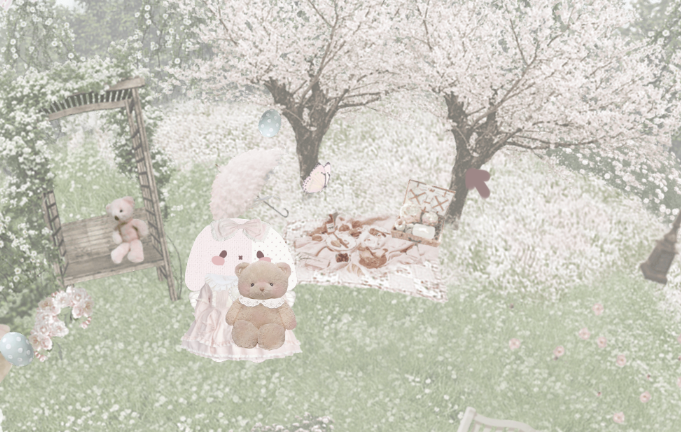 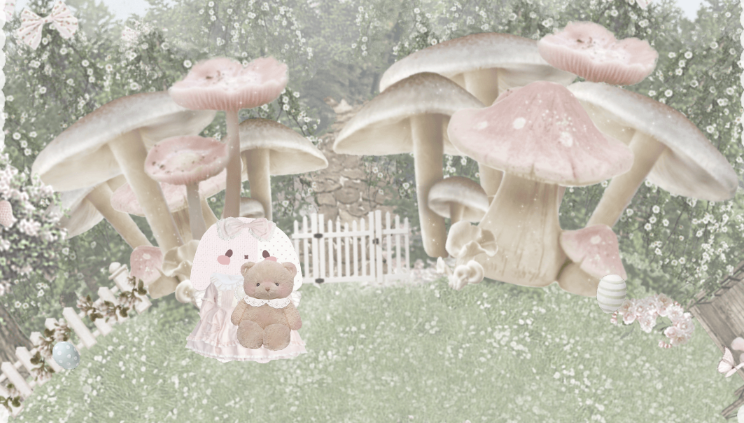 Regardless, everything is really cute, and I just hope I manage to earn enough eggs. Also, I love these giant plushies that have been showing up for the Events and I want them all for my Floof’s room. 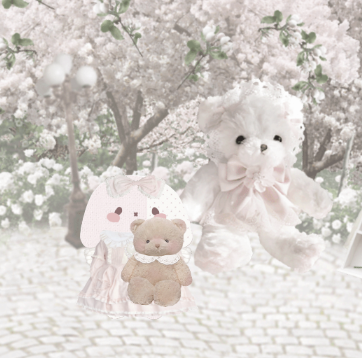