If there’s one thing that I’ve been really passionate about lately, it’s Cats vs Pickles and the continuation of that Versus world Cepia LLC has been doing– Dogs vs Squirls were first brought up during a fan survey and to some extent, the usual Dogs vs Cats argument shone through. The biggest critique at the time were the facial expressions for the Squirrels, finding them a bit too eccentric, and those were changed, but most everything else stuck pretty similar to what was shown in that survey.

Personally, I consider myself a dog person, though I do love both dogs and cats… but when you’re allergic to certain types of cats as is another family member, you just get more used to dogs. Regardless, having already really liked CvP, I was pretty excited for these just by species alone– I like Dogs, I like Squirrels, I like CvP a lot, these should be really cute, right? And I absolutely do feel that way. I did have some concerns finding a lot of the extra details a bit unneeded or feeling a bit too much, however, they actually don’t stand out as much in person, if at all. I currently own 4: 3 Dogs– Victoria, Chachee, and Frank, and 1 Squirl– Nibbles. The rest of the ones I’m interested in thus far aren’t available yet in the small size. 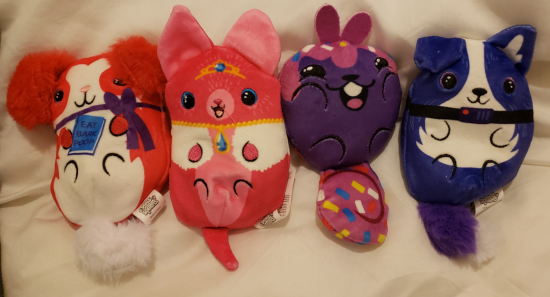 It’s such a weird thing because photos pick up those details SO much making them stand out quite a bit and they just really come together so well in person that it doesn’t really stand out at all. The unfortunate part is that because DvS are in soft launch, there’s not really any places selling them Open Box unless a Retailer decided to open the blind bags and sell them that way. I’m hoping when they have their full launch, some will be open box at least. If there’s one thing I miss, it’s when CvP was only open box.
I personally ordered all of mine from the Learning Express Toys in Lake Zurich as they do phone orders and open up some of their blindbags for open box sales. They’re also where I got my very first CvP (Majicat, Finley, and Key West Kitty) and certain Purple Wave Beans (Gumbo) and Chonks (Cannoli) I had been hoping for. I’ve had very little luck finding any CvP products here, so I usually have to buy online.

Right now, besides Learning Express Toys, most people have had luck finding them from Hot Topic, Gift Shops, or ordering from Wholesale retailers. I have no idea if any are planned to be open box when soft launch ends, but I hope so. I would say my biggest frustration with Soft Launch though is an issue I also had with Purple Wave where despite the checklists with the blind bags, not all of them are available yet. 12/24 of the small size and at least 12/24 chonks (it’s possible there’s more– I haven’t seen enough people sharing what they got from the Chonk bags) have been released thus far, and 6/8 Jumbos. At least the Jumbos are open box.

I just feel bad for people who maybe only wanted a specific character/size and it’s not available yet– there’s three that aren’t available in any size yet and I just kind of wish something alerted this so nobody was buying up like 24+ Blindbags only to just get the same 12 over and over. As it is, when the official launch hits within supposedly the next two months, it’ll not just bring in the missing checklist ones, but a whole bunch of new ones as well. With how big Gold Wave apparently is already and the Kittens vs Gherkins line coming plus the teasers of Bears vs Donuts, I’m feeling quite overwhelmed ^^; But this post isn’t to talk about that– it’s mainly to talk about Dogs vs Squirls.

One thing I will say is they are incredibly soft. I’m still not super huge on the different fabrics (I prefer smoother textures to fluffy ones– that’s just me, but the fur is absolutely just as soft), but they’re really nice. I know a lot of the biggest complaints with DvS vs CvP were a combination of the longer/more detailed personalities (and not just puns) and all the clothing/accessories for the designs version just… general designs, but neither personally bothered me. I also genuinely liked having more personality stuff and it’s something I wish CvP had, especially as I’m not much of a pun person. That said, because of the longer bios for Dogs vs Squirls, the tags are also quite big. You’ll also see that they are slightly bigger than the Cats, mostly due to the bigger ears and longer tail, though obviously depending on the dog, they could be closer in size. 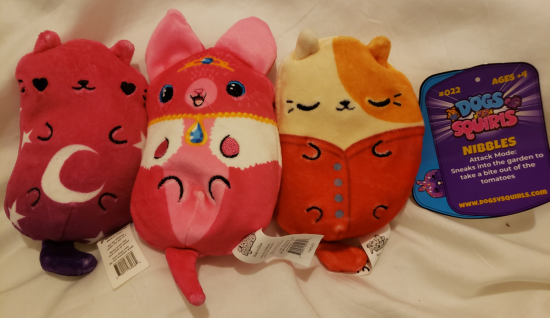 I do find the tags incredibly clever between the dog tag motif and even managing to include the cute Checklist design, but they are pretty big. While it doesn’t super bother me as I remove the tags (and these are like… perfect binder slot size), I can see how it’d be annoying for those who don’t.

As for the size of the Squirls… They are similar in height, maybe a bit taller, but do not share the usual Bean shape and are more apple-shaped, if anything. They also have a 50-50 Bean to Stuffing consistency which I like, though, they the Nibbles I have does feel overly stuffed to the point where it not only can’t be super squished, but you can kind of see where the stitching ends on the back as all the seams are extra tight. It also is a huge contrast to the tail which, despite being twice as big and wider than the Cat tails, is completely flat with nothing really there. Due to the size, I would’ve expected some stuffing and/or beans so I was surprised they were left alone and the contrast of the super stuffed body to the flat tail when the tail is like 1/2-2/3rd of the size of the body stands out. I also wish the tush tag was placed closer to the tail instead of coming out the side of Nibbles’ face. 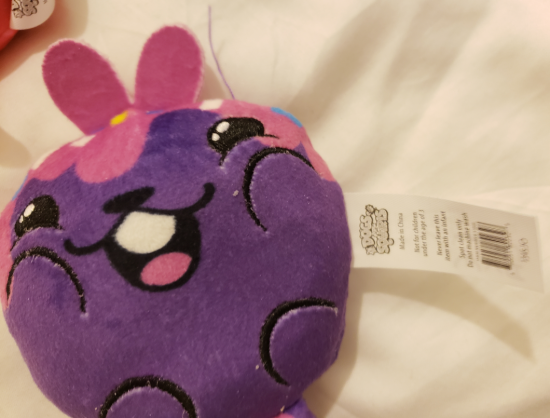 You may also notice a thread there behind Nibbles– I had one loose thread on them and also on Chachee by her nose (which blends in at times due to all the pink)– in general, I noticed a lot of odd threads with Nibbles, though, most were just loose strings. 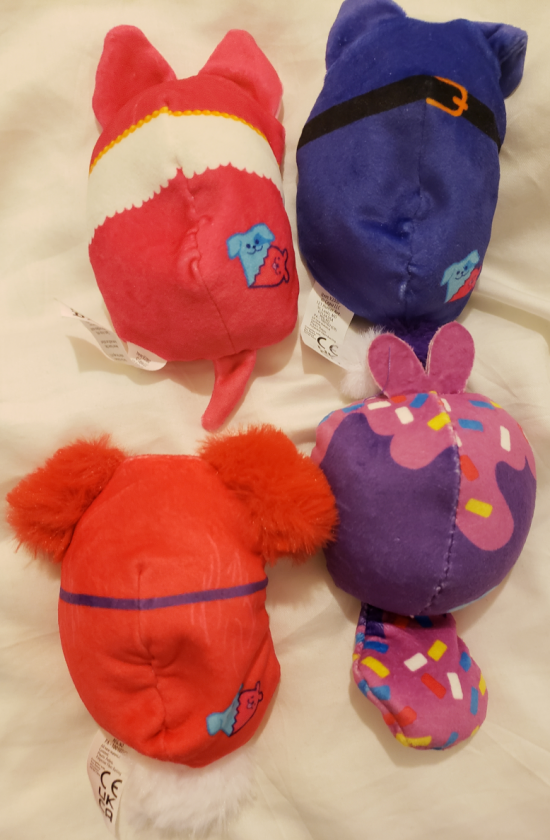 As mentioned above, Nibbles seemed to have a few sewing issues with even the knot at the back being noticeable– likely due to how stuffed they are. ^^; While it’s not a big deal for me and I can just cut the loose threads, it’s something I’d keep an eye out for if they were being given to a kid. Cepia LLC is generally pretty good at replacements though so if it was genuinely an issue, I’m sure they’d take care of that.

Overall, though, I really do like them and hope more people will give them a chance– especially if they get a chance to see them in person because even photos don’t fully do them justice. 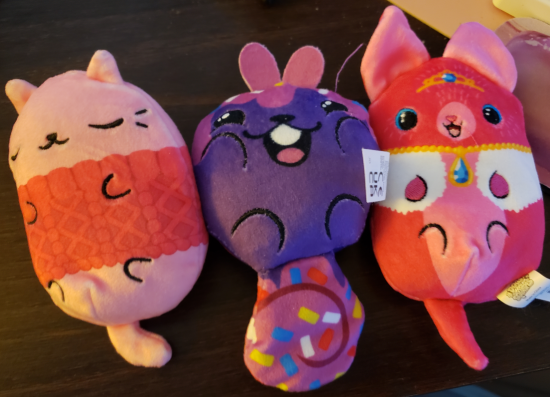