So, as E3 isn’t happening this year, I have decided to call this year’s game-related announcements of the month what E3 always feels like in my heart: Gamer Christmas. It gives me that same warm and fuzzy feeling as I see friends happy with announcements whether I care or not.

I will admit I expected a bit more than a trailer, but I suppose it makes sense that more information may be saved for a Nintendo Direct and Treehouse Live stuff, especially with the game releasing in about 5 and a half months.

One thing that is especially throwing me off this time around with Pokemon Scarlet/Violet is that I actually don’t know which to pick. I generally pick from the moment I see them with very few adjustments otherwise (The only time I recently switched later is with Pokemon Sword/Shield– both my husband and I wanted Sword initially, but then literally all the Pokemon I was really excited for were exclusive to Shield with the one exception of Slurpuff who wasn’t even new to the game. To keep us with the two different versions, it just benefitted for me switching over having to try and trade someone for several party members.

I initially wanted to pick Scarlet because, well, one, it’s closer to Pink, and two, I liked the fancier font, but the more that’s shown, the more it seems Violet is closer to what I prefer aesthetically, even from the emblems alone. 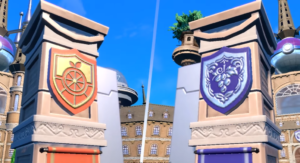 This gen is also the first in ages where I still have not decided who my favorite starter is from all three– the last time I had this problem was Johto. I will say I have mixed feelings on the two Professors– I don’t really like when the version differs to such an extent to begin with (and it genuinely feels like we’ve long passed the need for two versions– it’s one of the few positives I could say about Pokemon Legends: Arceus)– I can deal with exclusive Pokemon but when you extend that to exclusive gyms (Pokemon Sword/Shield) or towns and just, characters in general, I find it really frustrating. The in-game explanation doesn’t make it any better.

The website says that it “allows multiplayer gameplay with up to four players”– we have no clue to the extent or if it’s even online or local only, but this sounds nice for the most part. I would guess it may only be outside town areas or story parts though, especially if more things are exclusive per version. I just hope there won’t be any forced multiplayer battles. It’s possible both Professors are there I suppose, just you only interact with the one that matches your game type. I would think there wouldn’t be overlap story-wise though as I don’t think having four friends battling out to become Champion would be fun, though I’m sure I’m in the minority with that feeling.

The other big revelation from the website is: “You can experience a new style of adventure, with a world that you’re free to explore at your leisure and not in an order dictated by the story.” And as I continue to be an outlier in the Pokemon community, I’m not that excited for it. I actually like linear progress to an extent as someone who will get side-tracked and immediately lost. I like to do everything, but without any order of where to start, I quickly become overwhelmed and that takes a toll on things. Being able to play with friends may at least help a bit though.

Moving onto the highlight of the Trailer for me: The Pokemon! I don’t care for either legendary design-wise (Can we go back to not having exclusive legendaries too?), but I will say I have liked all the regular Pokemon so far. Pawmi was easily my favorite of the bunch, looking like a chubby Rabbit-Teddy Bear hybrid and I just need a super soft mochi plush of them immediately. Lechonk (amazing name) and Smoliv were also cute, but PAWMI. 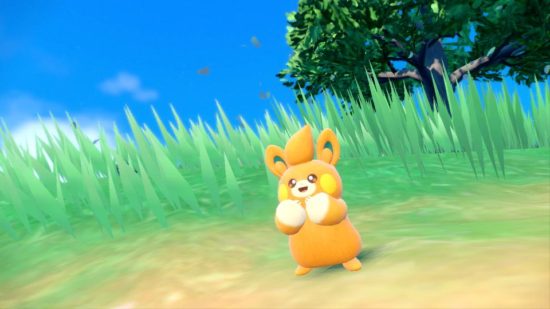 LOOK AT ITS CUTE FACE. 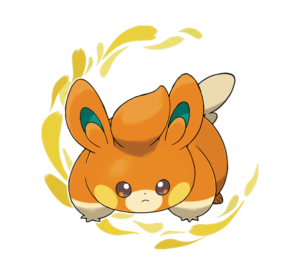 Unsurprisingly, this was my first and only screenshot from my initial watch: 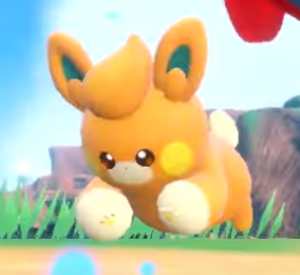 Pawmi is officially the first on the list for my Scarlet/Violet Party. As for the game itself, I still have some reservations, but I’m cautiously optimistic and there’s a lot I like (I think PLA just has me extra down which you’ll see more of why in my upcoming “second round” of thoughts after I finish it). I’m still a bit bitter over getting my hopes up during the initial trailer thinking it’d be Detective Pikachu 2. Still hoping for that to come out soon enough at least…