We’re on Day 4 now and the last of the “big company” showcases, unless Nintendo finally announces one. Either way, I’m excited to see what comes out of it. This is more or less the final day of the main week, but I figured I’d tie it into the next couple of days anyway due to two of the shows being extensions of ones from these last few days.

I always appreciate good little Robot friends. And honestly, just relieved it’s not even more zombies… but the movement is still too similar at times.

I get the point of GamePass, but I just… prefer to actually own my games and I’m not really fond of subscription services, even if more and more things keep adding them.

I still really need to get a new Forza game already. That said, while seeing new courses was nice, I don’t think all the details were necessarily needed in the showcase… I’m in a racing game, I’m not going to see how my car is reflecting.

I always like seeing Flight Simulator even though I’ve never actually played it. I may just really enjoy scenery shots. Adding Halo is a bit weird, but you know what? I’d take Flight Simulator: In-game universes too.

I have such mixed feelings on Overwatch 2. The actual gameplay from 1 feels barely different and I honestly don’t care for most of the character redesigns, so it feels like 1 could’ve kept going for PvP and 2 could’ve focused on PVE entirely without also changing so many designs to such an extent. Offhand, D.Va’s may be the only one I really like? Mercy’s new outfit is okay, but I dislike her new hairstyle. Winston’s is also fine, but his is the only one that really looks so similar to his original design and like it was just made more detailed/sleeker. Genji’s is a situation of I prefer the new one, but I don’t really care either way. Others, I’m neutral at best.

I love rock covers of songs. I actually have this one on my playlist too. I still really want to get the Hot Wheels game, honestly.

I always appreciate the cute animal friends in games.

The little Minecraft Fairies were kind of cute.

Lightyear Frontier looks like farming while in a mech and well, if it makes the farming part less tedious than how it feels in most games, I may at least be a bit intrigued.

I genuinely enjoyed the Sea of Thieves song. I actually really liked what I played of it once I figured out what I was doing. One day maybe I’ll get back to it.

I have no interest in Starfield at all, yet want to make a character anyway because I enjoy character creation aspects too much. Ship customization looks neat too. I honestly don’t care much for super expansive worlds though, if only because my navigational sense is trash.

With the whole GamePass focus, I kind of hoped Disney Dreamlight Valley would be brought up, but oh well. This is why I prefer going in without any hopes.

The Constructors looks interesting, but I know I tend to get overwhelmed easily and I kind of suck at balancing needs.

F1 Manager is a lot more complicated than I expected.

I get that it’s in the name, but the one thing I don’t care for in Deceive Inc. is deceiving other players. I think the powers are neat to stealth along even if there are no threats, but I don’t care for a stealth battle royale.

Nivalis looked really interesting. I would make a cute Cyberpunk cafe. I feel like it’s rare to see a Cyberpunk-themed game that doesn’t have a huge combat focus.

Please do not threaten cute puppies. (As a note, all puppies = cute. There is no such thing as a non-cute puppy)

I did not expect Steam to have a bit of an extended thing this year beyond how previous Nextfests have gone. I always end up checking out some Demos each year, so I’m not sure how much I’ll say, but here’s some of the demos I ended up checking out specifically after the Nextfest Event started:

But I did try several before this too or even in the past so definitely check out the channel or my demo playlist). There are also ones I’ve played in the past that I am still excited for, but did not play the demo again, even if updated. I generally will only do the latter if it was still REALLY early access and I wasn’t won over originally, but not playing it doesn’t mean I’m not still excited for a game.

There are some games I was interested in that said they would have a demo that, at least at the times I checked and while writing this do not, such as Lego Bricktales, but I’ll keep checking back.

I feel like for the most part it was just extended trailers of stuff we’ve already seen, so I don’t really have much to say, but I am still excited for things.

Monster Hunter has shown to just not be my type of game no matter how many times I try, even with its spin-offs, for various reasons, but their preorder bonuses make me wish it was sometimes. 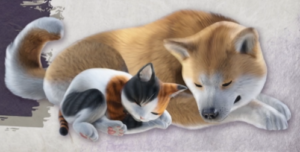 I didn’t really have much to talk about Day 6 due to their focuses, so I guess we’ll just have a belated Day 4 and 5. Anything further I have to talk about from Gamer Christmas month will be in the Afterward Week.