One of my favorite things to do in school was whenever we had Arts & Crafts. This was also my favorite thing to do in a camp I would go to at one of the places we had family vacations. I loved putting together everything, whether it be a Popsicle log cabin, a flower made of tissue paper, a paper bag puppet, just painting/decorating some boxes/sculpted things, or just cutting things out into shapes, I always enjoyed it.

Unfortunately, it is something I’ve never been particularly good at. If you give me all the pieces already good to go, I may be able to pull out something: 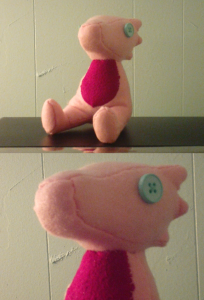 This is Princess Raspberrygiggle, made with help from my fiancé from a pattern by Eyes5.

This is the first (and currently only) plush I have made from scratch–others already coming with the fabric already in shapes and just needing to be sewed together in…whatever that basic stitch is called (is it even a basic stitch? DO YOU SEE HOW LITTLE I KNOW ABOUT SEWING).

While I’ve had another pattern I’ve bought that I’d love to try, it has mostly been sitting here as I’m still really too new to do it. Maybe one day (and if I DO manage to, I’ll obviously write about it!).

Plushies are definitely the #1 thing I’d love to do at some point, but between my lack of artistic skill and lack of knowledge on how proportions and anatomy even works, I’m not even sure where to get started on making my own patterns–I can barely even visualize all the shapes in my mind.

That said, with plushies not going to work and after some silly conversations, I decided to play around with puffballs–both a more anatomically correct one and one that was based off a Weepul: It was a lot harder than expected though and still didn’t come out perfect.

So, I decided to have some fun with Clay… Attempt #1 was a mess: 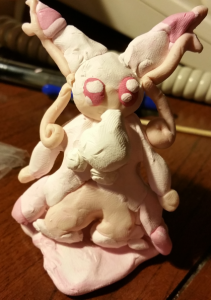 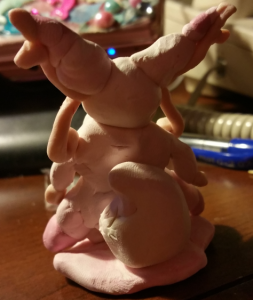 Baking it went even worse: 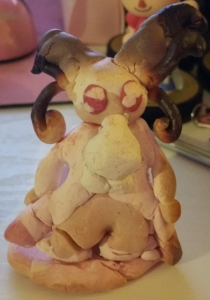 It had a terrible journey–between being made in a hotel room, having to ride hours in a coffee cup, accidentally being thrown out by my mother, shipping through Fedex (where it looked like it got punched in the face due to being stuffed with tissue paper), and then it burned in the oven. I’ll still keep and love you, poor first Mega Audino sculpture. Kind of reminded me of this: 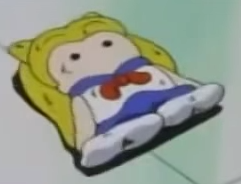 Except even that is better.

Regardless, despite feeling discouraged and hating myself for continued amount of suckitude, I decided to go ahead with an attempt two: 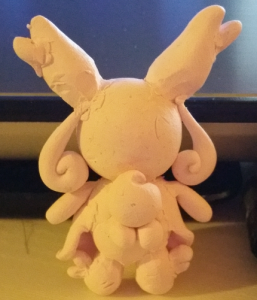 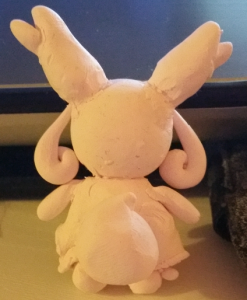 Which managed to come out SLIGHTLY less awful. Baking wasn’t perfect, but still went a lot better than the other one: 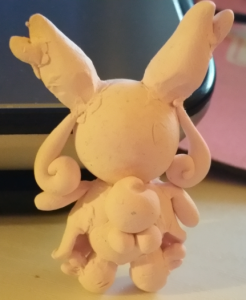 It was then time to paint… and well… 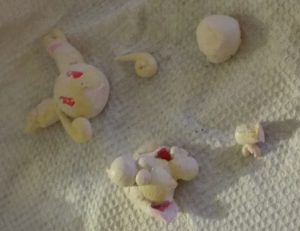 Thankfully, with the power of glue: 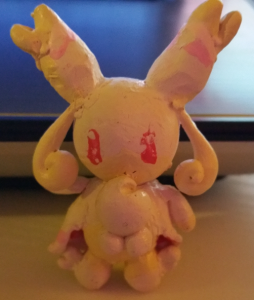 And that is the Story of Mega Audino sculpt attempt #2.

I’m not sure what I’ll end up making next, but my fiancé REALLY wants me to try making him a Victini & Espeon. I’m pretty sure attempt #2 was a fluke though so I don’t know if I’ll ever make anything even close to decent again :(