I’ve mentioned it a bit before, but right now, the 3rd installment of the Style Savvy series is easily my most anticipated game right now. Just nothing else has really caught my eye at the moment for varying reasons. Even though I’m not super big on fashion in real life, I’ve always loved dress-up games and Style Savvy is essentially a giant pile of dress-up games. And in Girls Mode 3, they have really racked it up with so many combinations, custom outfits, and more. There aren’t enough words to describe how much I really would like the game to come over. I’m going to focus mostly on this video that came out yesterday:

As it’s the most up to date and really covers everything. I won’t give a huge thing, but just some of the stuff that caught my eye/I’m excited about.

There have been articles and things mentioning a dog or cat you can have in the dollhouse which is pretty neat. And that dog is adorable: 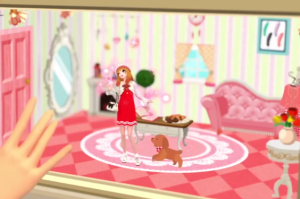 The five jobs are the normal shop owner, hair styling, make-up artist, modeling, and making your own clothes line. And while I was a little nervous about the limitations of “My Brand”, it really looks like it’s going to be great: 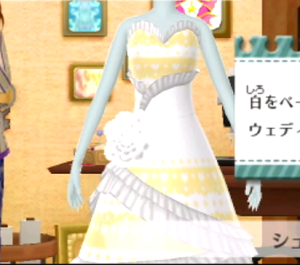 Not to mention you can actually design your own emblem/logo!: 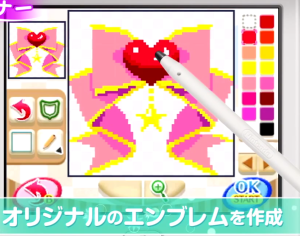 It looks very similar to Animal Crossing’s design system between the 16 color palette (hopefully we can choose the colors) and overall design. I’m guessing it’ll also be 32×32 in size, but maybe it’ll be larger. You can even put the design on clothes: 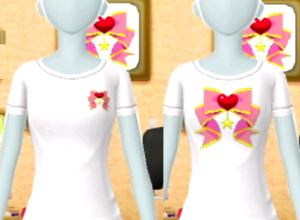 Going back to the main gameplay, there’s over 19,000 items in the game (and hopefully more unique stuff versus just color variants which, while great, can get a bit stale if it really dampens the amount of styles).

Another cool thing is it seems you can do “Mii make-up” where your or another character in Style Savvy will have a face similar to a Mii: 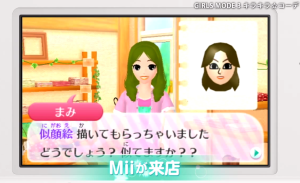 I’m not sure if I’d do the Mii-style face or not, but I’m curious how it’d look!

I love that hairstyles can be changed differently between bangs and backs. There are so many games where I’ve liked the back of the hairstyle, but not the front (such as in Fantasy Life!) so the fact that they are actually making it possible to pick which you’d prefer is really awesome to me: 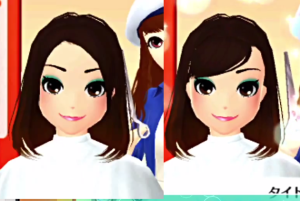 (Also, on a side note, the eyes in this game look beautiful.)

As for make-up, you can even put together your own custom make-up sets for customers! 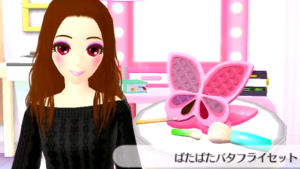 I generally never used the make-up in the game as I don’t wear make-up in real life, but maybe I’ll actually play around with it this time.

As for modeling, that also means better photos! Besides just pose choices, you can choose your facial expressions and decorative borders!: 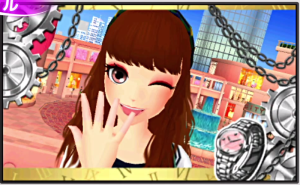 Also, that background is amazing. After you’ve taken photos, you can even be on billboards!: 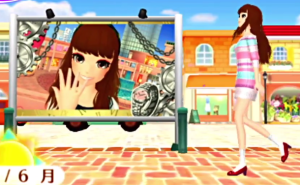 I am so excited for the Dollhouse. While it seems pets may only be through there, the idea of an extra customizable room (possibly where people can buy your designs?) is awesome. 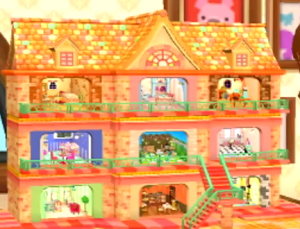 It sounds like a wonderful use of StreetPass too (And you may be able to exchange them online as well?). And the rooms are so cute:

(Look! Another Dog! And a Teddy Bear! I’m going to have so much trouble choosing things…)

You can even take a picture in them!: 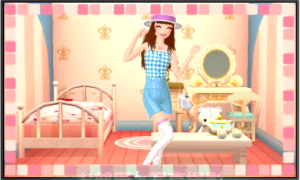 I think my only complaint is they are so tiny. I mean, I get it is a dollhouse, but I’m worried I won’t be able to put even close to as much as I’d like to T~T

And of course, Fashion Shows are back! The big difference seems to be you may actually get to be the model this time (or at least have the option to) versus always having to dress someone else up. There’s even a minigame portion to it where you can hit certain poses as you walk down the runway: 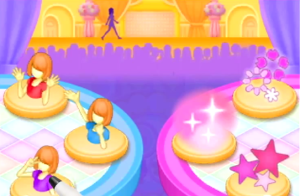 There’s also various other neat things from cool Miiverse options, taking pictures with friends, and even Amiibo functionality! The game will have 4 main ones available at launch–Mario, Peach, Yoshi, and Kirby. Mario gives you Mario’s Hat, Peach gives you a pink version of Peach’s Crown, Yoshi gives you a Yoshi Hoodie, and Kirby gives a Kirby bag. If you scan Luigi, Bowser, or Toad, you will get a Starman Hairpin! 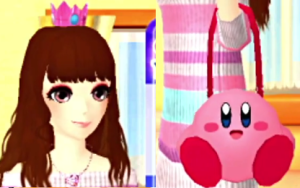 It shouldn’t be a surprise that these are my two favorites :P Though, I really like the star too: 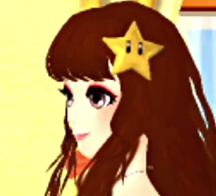 Unfortunately, the Amiibo Peripheral still isn’t out yet :( So if you do not have a new 3DS (or can’t borrow one from someone briefly), you won’t be able to scan them when the game comes out. I will have to borrow someone’s New 3DS… and also a Mario Amiibo >>

The game even has awesome DLC already planned for it. Sadly, even if the game is announced it is unlikely we will ever seen these items. I’d love if the games weren’t region free and the DLC was for everyone, but it’s just unlikely :(

But yes, going past Style Savvy…. the other thing I am hoping for is due to the recent Menu update to the 3DS! I really hope this means we will be getting the special Crane Game Badge Collecting App! You can find lots of info on the website for it along with various videos being up on Youtube. It has a cute bunny host and you play crane games to get cute collectible badges. I’ve wanted it since it came out in Japan.

And as a bonus… if anymore Amiibo stuff is announced (Still waiting on Preorders to go up for Wave 4 Smash Amiibo…), I really hope Jigglypuff will be: 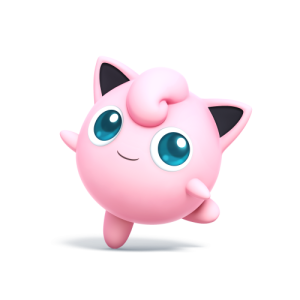 I’d need to get her a bow though…