Probably the only two PS3 games I actually played a lot. I loved the customization of them and the gameplay–and heck, both even have neat online stuff. The customization though was the main thing that threw me into both of them.

To this day, I still pop onto both (or well, LittleBigPlanet 2 more so than 1–but it’s more like a giant patch to 1 anyway so) every so often to play as even though I’ve beaten the main content, the fan created stuff leaves so much to explore.

In fact, one of the very first “game blogs” I did was actually for LittleBigPlanet–my boyfriend and I would go on levels and write up reviews on what we thought with pictures as I really loved to take pictures in the game. Unfortunately, LBP.me wasn’t a thing then and it was really annoying to constantly get pictures off the SD Card (which is why I got my Capture Card for the 3DS in preparation for Animal Crossing–I know how I can be and the constant removing and taking out would’ve really ruined the enjoyment for me in the blogging sense) or do a one of the time thing when I’m taking so many pictures per map through the web browser. To this day, I still have a large amount of pictures I haven’t gotten off my PS3.

That said, I still had a lot of fun with the game–to the point where I even replayed it several times despite 2 frustrating save mishaps:
1. The game could actually only save so much–I had done community levels inbetween the main game when I was having issues and had tons of items I picked up from levels other players made. Because of all the items, my progress kept being erased on the last several levels. I finally learned about the problem and deleted most of the items I had gotten which did fix it, but considering they were the last few levels in the game–they weren’t exactly easy ones.

2. As mentioned, I didn’t have a PS3 before I started playing LittleBigPlanet. I had already finished the story and 100%’d many of the levels, so when I had gotten my own PS3, I had just copied the save data over not realizing how the save protection worked… I didn’t really care about the lack of trophies, but when LBP2 came out, I was unable to transfer my data because of this and we had to replay the entire game over.

Regardless, I still enjoyed the game. I have nearly everything done–the only things left are in the Move and Cross-Controller packs due to the fact that I’m not very good with either of the different controllers. 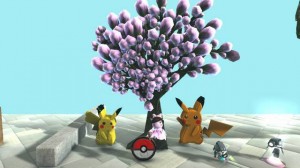 As for Modnation Racers, I loved all the customization I have and the fact that it didn’t do the one thing Mario Kart loves to do–customization doesn’t determine stats. It’s the same with LBP too–I can dress however I want for whatever level and not worry about underperforming. As someone who really loves customization, this is such a huge deal to me. 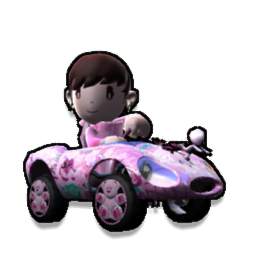 One of my favorite things is to just roam around in the hub because I’m SO proud of the outcome–both with her outfit and her car.

My only wish is that I was better with the level/track creators in both! I’ve always had ideas, but I’m so bad with their system :(