So, Japan had a Nintendo Direct today! I’m a little sad that it wasn’t a global Direct, but with announcements obviously more focused for Japan it’s understandable as to why. Regardless, there were a few things that stood out for me which I want to bring up here and hope we’ll hear more about at E3.

To start, we’ll talk about Fire Emblem If/the next Fire Emblem game. We got to hear a little about the StreetPass feature and the main hub (My Castle) looks so cute: 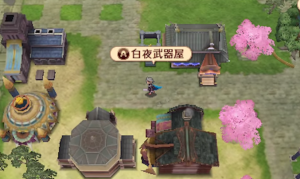 I love that you can place buildings/customize it to an extent (along with even use the buildings) and the different looks you can have! I think they did a really nice job even if the function is still relatively the same as Awakening’s with having the ability to battle the others’ team, but I just think the entire area is adorable and it’s gotten me really excited. I’m still looking forward to seeing more of the character customization too.

Next thing that caught my attention was Animal Crossing: Happy Home Designer. I’m really surprised it’ll be a full game! I still plan to get it and I’m excited for it, but it just didn’t sound like there was enough for that to happen. Maybe it has more than originally expected. It’s scheduled for July in Japan while Fall for us (why must we wait so much longer ;~; Hopefully it won’t be as long as the New Leaf wait) and the Amiibo cards will be in 3-card packs which I find a bit worrying.

There’s just tons of villagers that are easily more popular and trying to get all of them and having to trade cards and etc. is going to be pretty rough. I hope I can buy a box of cards. >_> The NFC comes out July 30th in Japan though (the same day)–I hope it’s region free as I’d love to import one to have it ASAP. The game can also be bought with it for a cheaper price and the box art is so cute: 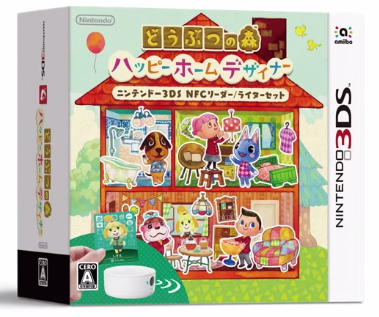 The special faceplate for it is also really pretty–too bad we still don’t have the smaller New 3DS here: 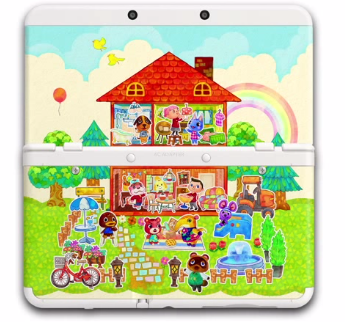 After that, we finally got to learn more about Pokemon Super Mystery Dungeon! It thankfully does look like a full game and not a freemium which is a huge relief. The game itself is still pretty much what you expect, but I love how the town looks: 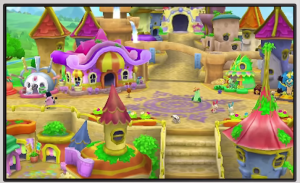 The cutscenes look like they are going to be great and thankfully, not only are all the currently known Pokemon in it, there are also more Pokemon to choose from this time around: 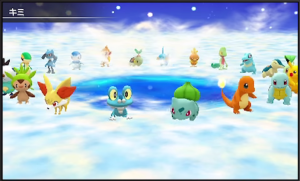 Unfortunately, not only does it seem the personality quiz is still gone, but it’s just the starters plus Pikachu (who yes, is technically a starter for yellow) and Riolu. It seems I’ll never get to play as Skitty again :( (Yes, I know you can change later, but it’s still not the Player character just because you are controlling them) I was really looking forward to seeing more starting Pokemon beyond the traditional game starters. The game will be coming out in September in Japan. Regardless, just seeing the bigger Pokemon choice and not knowing it’s freemium makes me happy. I’ll probably pick either Piplup or Oshawott again. I’m leaning towards Piplup though.

Next is a new Chibi Robo game! My only experience was with the last 3DS game, but I had a lot of fun with it. I’m not entirely sure I will get it yet or not (especially as I don’t care much for the 2D parts), but I do hope it comes over… Mostly as the Amiibo is adorable: 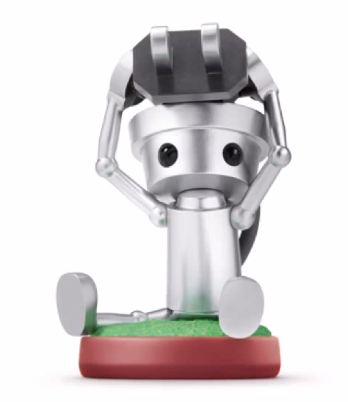 And I want it so badly.

After Doctor Mario, the next Mario & Sonic at the Olympic games popped up. I was very surprised to see Nabbit being added to the cast–I’d think he’d just steal the medals regardless. I’m not entirely sure if I will get it just yet, but it does look kind of fun and I’d be interested on how it would be on the Wii U if it’s not just motion controls. I especially like the hula hoop game.

Finishing up the last highlight for me were more Wooly Yoshi colors! There are so many options and I have no idea how I’m going to pick my favorite, but here are a few highlights of some favorites that were shown out of the group cutscene: 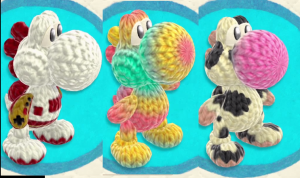 With my new PC disc here, I think this could be a really fun Wii U game to stream.

I also just want to make a note on Project Treasure–I’m not too sure what kind of game it is yet (though, it doesn’t seem to be my thing), but I like her outfit: 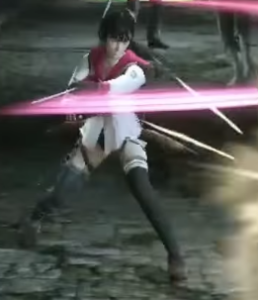 It seems like you’re a group of treasure hunters who go through cursed enemies/guard enemies or something to find new artifacts and things? I do enjoy exploring and collecting, but the enemies are kind of creepy.

And for the final mention here–Monster Hunter Poka-Poka Airou Village DX. I’ve never really cared much for the Monster Hunter series, but this looks really cute: 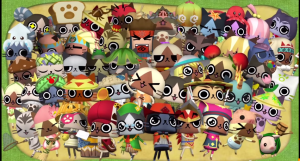 At the moment, details are still vague but it seems to be a more cartoony (and almost laid back) Monster Hunter (and there’s mentions of planned Animal Crossing collaborations),so I may want to pick it up–I hope it finds its way over here too. I just kind of wish it still wasn’t so bloody >> But I will have to see how I feel once their is more information.

But yes, I hope we hear about a lot of these, if not all of them, during E3. More info was declared for Project Treasure “this Summer” and June is when Summer starts so I’m going to keep optimistic for more news.