So, today was the last day of press conferences and before I get to Nintendo, I want to say I sadly don’t have much to say about Square Enix or PC Gaming. In general, anything that interested me had already been shown at another press conference. Just Cause 3 from Square Enix looked okay and it was nice seeing more footage of Beyond Eyes during the PC Gaming conference, but I wish there was more that really grabbed my attention (though, I’ll admit my attention/hopes for the latter were drained once we saw how they started with all the gore).

Nintendo, despite what a lot of people seem to saying, I feel did a good job for the most part. I really enjoyed it, I’m hyped up, and while I think some concerns are completely valid, I think throwing a fit because “omgthisgamewasn’tsaidanditshouldhavebeen” is incredibly silly. I’m disappointed Style Savvy 3 was not mentioned at all (and at this point, probably won’t be until shortly before the game comes out like Girls Mode 3 did in Japan where it was announced only about a month and a half prior), but that doesn’t make Nintendo any worse. Unravel does remain my “new game announced hype”, but Nintendo easily continues to have the most games I’m truly excited about.

I will say my one big issue with Nintendo though is just… it’s a digital event. There’s no reason they need to be as short as they are with several games only being tossed onto the Youtube channel as trailers. I know some eventually get brought up on the Treehouse, but I’d love to see the Treehouse used more just for gameplay and questions and showing features of things versus announcements and even then, some never get mentioned at all. I’m guessing the main thing is because these things didn’t work with the Digital Presentation’s “theme” this year, but I honestly think they still could’ve pulled it off in a good way. And as much as I enjoyed the silliness of both last year’s and this year’s Nintendo conferences, if it’d be easier for them to have more time and show off more without doing things like that, I’d probably prefer it. I do love dancing Miyamoto, Iwata, and Reggie muppets though:

This will never cease to be amusing to me.

Getting on to the actual games, rather than going in order I’m actually going to go by system. This is because a lot of games, despite being playable at E3, were only sent to trailers and I feel this will be a better way to get them organized. Some games will easily have more comments than others. I also quickly want to bring up the LetsSuperMario–It’s such a neat way to celebrate the anniversary and even helps a great charity so I think it was a really nice feature of the stream, even if the transition felt a bit sudden. I think it was a nice finisher in a way though. Now, onto the games! Or well, the ones that grabbed my attention enough for me to say anything :P

And finally, while technically mentioned over in Japan and not really part of all this: 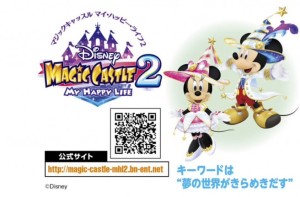 I AM SO EXCITED THIS IS GETTING A SEQUEL AND I REALLY HOPE IT COMES OVER HERE!

And that’s it for Nintendo! Like I said, I really did enjoy a lot of their presentation and I feel most of the complaints were either because people assumed they’d talk about something they already said they wouldn’t or due to thinking too far ahead about rumors.

Anyway, expect show floor pictures sometime soon! I haven’t decided yet if I want to do them in parts or all at once–I think it’ll depend on just how many pictures there are. I am leaning towards putting them all together though.