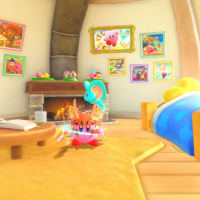 I 100%’d the game with my husband in Co-Op mode a few days ago and debated if I wanted to write a longer post with my thoughts or not. I feel like the game has gone one way or the other– people either loved it or found it boring/not what they want from a Kirby… Read More

It is officially the last day of E3! It’s been a very eventful week so honestly, as fun as it’s been, I’m also looking forward to when things calm down too. Nintendo Direct & Treehouse Live While Nintendo tends to get the loudest fans, I’ve always found the best way for me to go into… Read More 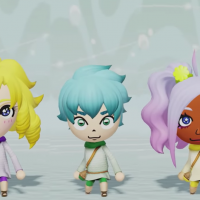 I debated on and off about writing up my thoughts for the Nintendo Direct yesterday— partially as I don’t feel I have too much to say! But some stuff has still been nagging at me so might as well write about it anyway. As usual, I’ll just be talking about things that caught my eye… Read More

If you have read my previous posts about Pocket Camp or follow my Twitter, you probably have an idea of what I’m going to be saying here already. The short version would be that a game where doing everything at your own pace giving a subscription that helps you deal with their ridiculous event schedule… Read More

So, despite saying I wouldn’t really talk much about stuff from the Direct on Twitter, I couldn’t help it to an extent. For the most part, I’ll just be talking mostly New Horizons in general rather than just what was shown in the Direct last month, but just things I’ve been thinking about a lot.… Read More

So, this year I decided to do something differently as I didn’t think I’d have too much to say overall this year for many reasons. I mainly used Twitter for “as it happens” thoughts and figured I’d go on more about the rest after Nintendo’s conference. I worked on this after each conference so… :P… Read More

In general, I went in expecting nothing so I expected to either be pleasantly surprised or okay with whatever was shown–maybe some things would excite me, but I wouldn’t end up upset or frustrated or disappointed. AND YET SOMEHOW THAT HAPPENED ANYWAY… Before I get to that though, you can check out the Nintendo Direct… Read More

Nintendo We’re at the final press conference of the week–Nintendo’s! As always, I’m pretty excited, even if it’s relatively short. While I do like Treehouse Live, I hope at least all the announcements are shown in the show and Treehouse Live is reserved for more gameplay elements. So after a live trailer and some stuff… Read More

I originally was just going to keep it to my small thoughts on Twitter, but I got a few questions about it so I wanted to write something in… more detail and after thinking about it, I guess I have a bit more to say. I’ll start with Pokken Tournament DX just because I won’t… Read More

I had promised another HHD stream today, so I wanted to make sure I got some more houses done. Not the longest stream due to having to go out later, but still fun! Gruff – A classic barbershop. Rating Address: 0992-5759-684 Cesar – A construction site. Rating Address: 0295-5759-614 Cally – A nice place to… Read More