If you read my Twitter (or even pay attention to the lovely twitter widget on the sidebar), you probably already know a good amount of how I feel. In general, I’m disappointed–not because the direct was bad (It was fine and even if there wasn’t too much I was excited for, I wasn’t expecting much beyond one thing), but because I really got my hopes up about finally hearing something about Style Savvy 3. The game came out nearly a year ago (A year in about 6 weeks) in Japan and November 20th, 2015 and North America continues to hear absolutely nothing. I wish I knew why. Between not getting the special update for the 2nd game, the amount of DLC differences between Japan and other regions, and just the lack of anything is so disheartening. Part of me worries if it comes out that it will with no marketing whatsoever, sell poorly due to it, and then we’ll never get it. Honestly, I’d rather hear we’re not getting it and why over being in this endless suspense of waiting for something that may never come. Part of me still can’t help and hope, but the rest of me is just wanting to give up.

Regardless, you’re not really here to read about what wasn’t shown :P So let’s get into my feelings on what the Nintendo Direct did show. As per usual, I will be going over what personally caught my attention and thus, this is not a full overview of what the Nintendo Direct showed. I’d highly recommend watching below before reading if you haven’t seen it yet:

As I did say on Twitter, the only thing that really caught my eye with the Starfox Zero footage is the SNES Arwing: 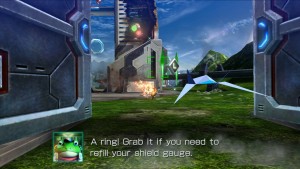 It looks absolutely adorable. The multiplayer option does seem interesting as well–I have awful aim so it’d be a good way for me to play… depending on how well I do at flying, anyway.

While most people do not care for the Mario & Sonic Olympics series, I’ve actually found them pretty fun and every year, Nintendo manages to do a better job with them. I absolutely adored the last game (Mario & Sonic at the Sochi 2014 Olympic Winter Games) and so have been looking forward to the one for Rio. I had been holding out for the Wii U version due to finding the console versions better both through controls and gameplay, but it had yet to get a date. Thankfully, a date was finally announced during the Direct for June 24th. I’m pretty surprised–so far the games have either released at the same time or with the home console version coming out a few months sooner so I’m really curious as to why they reversed it this time around with the 3DS version coming out first. At least it has a date though–I was worried the home console version would end up not happening at all.

We also finally got a new update to Project Treasure–now named Lost Reavers. I still don’t feel I’ve learned much more since the first time we’ve gotten information about it, but my interest is still there. The game comes out at the end of April (with a Beta 2 weeks earlier) and is free to play so there isn’t any reason not to try it.

Next up was the newest Paper Mario–Color Splash. 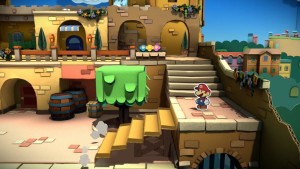 The fact that it’s on Wii U already has me a bit hopeful, but I mainly just hope we will see partners back and a good story. I may have mixed feelings on the card mechanic, but as long as those two things are back in play I’ll be happy. At the very least, the Paint Bucket looks promising for possible partners: 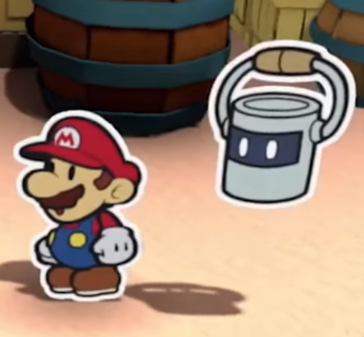 Though, it could just be like the guide, Kersti, from Sticker Star :(

We also got a brief glimpse of Pokken Tournament showing off a bit more of the amazing customization in the game. 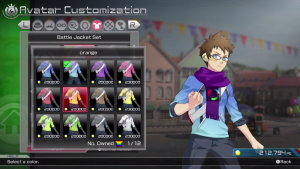 As much as I have mixed feelings on the game itself, I am so so so excited for the customization options. And am also still crossing my fingers for Audino/Mega Audino to be added to the roster.

Moving onto more oddly late dates, we are getting the Spring/Summer Isabelle Amiibo in June while Europe will be getting it this month. 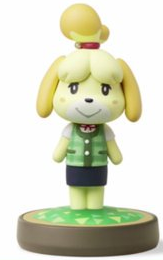 I’m not entirely sure why they delayed it, but my best guess is maybe they wanted an Amiibo figure to be out when Series 4 of the Amiibo Cards release. Speaking of which, as much as I’d love to continue my unboxing of two boxes of Amiibo cards with Series 3 & 4, money is a bit tight right now and I’m not sure I’ll be able to :( So I apologize in advance if that ends up happening.

Probably the biggest surprise reveal for me was Pocket Card Jockey. As someone who likes solitaire and cute horses, it was one of the games I really enjoyed seeing, but never expected it to even have a chance to come over so seeing a trailer for it had me thrilled:

Definitely looking forward to picking it up when it releases.

Hyrule Warriors Legends came up next and I kind of wish it didn’t exist. I really wish they just put the new features into DLC for the Wii U version. I feel bad since I sound so cynical about these things, but after the 3DS version of Smash, I just am tired of seeing things split up like this. I get that it gets the game to more people, but I also find it kind of a slap in the face if you already own one version and need to get the other to get the other characters and/or even experience them. It’s one thing if it’s the same exact game (or very minor changes)–it’s another if it’s two completely different experiences/additions. That said, Medli was announced as a free downloadable character and she is one of my favorite characters from Windwaker so it’s nice to see her added: 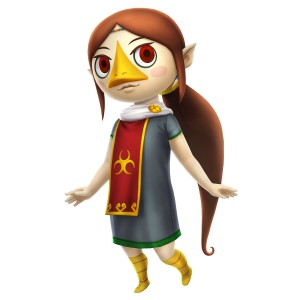 Disney Art Academy was also officially confirmed. Hoping to see all my favorite princesses in the game (Belle, Rapunzel, and Aurora), but mostly am curious about how the game’s details which will really determine whether I get it or not. Part of why I enjoyed Pokemon Art Academy so much was because it was like making your own TCG Card so I’m curious what kind of stuff will be in Disney Art Academy.

Not much really got my interest after that beyond the new Kirby game. I really do love Kirby, but I mostly enjoy Kirby on home consoles and have never been too fond of the handheld games. The game reminds me a lot of the last one in the series with the addition of a giant mech suit and it just isn’t doing much for me. That said, the new Kirby Amiibo look amazing and I absolutely adore the ones for Kirby and Waddle Dee: 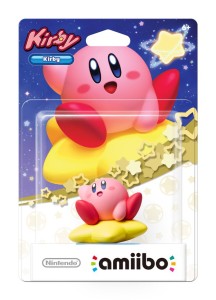 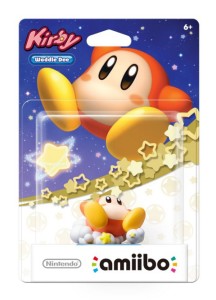 Crossing my fingers we’ll be able to get them as I genuinely adore their design. Out of everything, I would say these Amiibo designs were the highlight of the direct for me. I mean, just look at them: 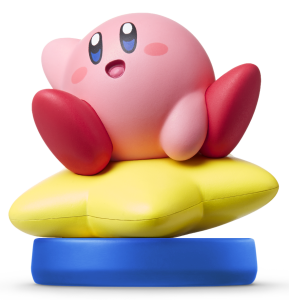 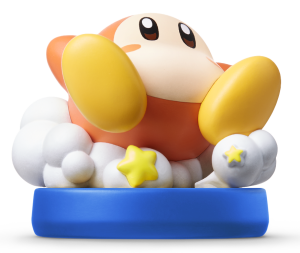 The details are amazing. I really hope we can get a set of all the new Kirby Amiibo when they come out.

Going back to the game itself, Susie’s design looks nice: 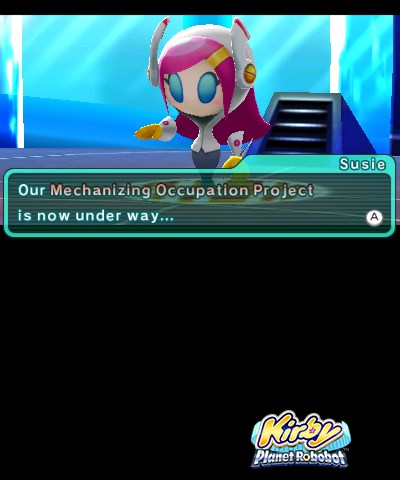 And the new power-ups do look fun too. I think my favorite was that you can actually play as Smash Kirby: 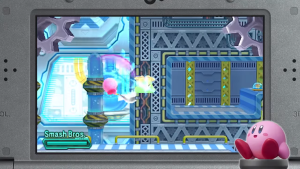 But yes, that pretty much sums up my feelings! This is most likely the last Nintendo Direct before E3, but I guess I’ll continue crossing my fingers for any mention of Style Savvy 3. And while I didn’t expect any news for Disney Magical World 2 during this Direct, I’m still hoping we get a localization announcement for that too. I will also say that while I know they had said they would not mention anything about Mobile or NX, I was very surprised they were not going to say a bit more about Miitomo beyond the pre-registration reminder. Hopefully Miitomo and Pokemon GO will get more information soon too. Miitomo especially with it being out in about 2 weeks now.