So, for people who may follow my Twitter or actually read my Youtube descriptions, you likely recall me saying I wanted to finish Ultra Moon before Let’s Go Pikachu releases next month. Unfortunately, as also mentioned on Twitter, the recent recording corrupted after less than half the total footage recorded.

Between Rotomdex’s reminders and my own obsessive saving, I couldn’t redo the footage. It’s just gone. And it’s incredibly frustrating as it was the first time I really enjoyed playing. It was footage I was actually happy to see. Happy I had recorded. Only for it to be gone due to a corruption.

While I was able to figure out WHY this issue happened and thus, make it so it wouldn’t happen again, that sadly doesn’t help save anything else. I also uploaded the recording, unlisted, for people to still watch the part that isn’t if they want to, but I didn’t publish it.

And this is just… Kind of soul crushing. I’ve been struggling playing much of anything lately. I know people are probably tired of seeing Visual Novels popping up–I can’t say it’s my favorite thing either, but I really enjoy reading and unfortunately, reading is about all I’ve been capable of doing lately.

For those who have been enjoying the random visual novels, I’m glad! I technically have a couple of other things recorded, but I don’t know when/if I’ll upload them sadly… Or maybe I will just unlisted with Public playlists.

Anyway, back to Pokemon: As mentioned, the footage is dead and there is nothing else I can do. I tried so hard, but it’s just… gone. And it’s heartbreaking because it was the climax of the game. So many scenes I would’ve loved to keep recorded (and I worked so hard in the plaza to have the outfit I wanted for these scenes too) only to not have it at all now.

I did, however, take a good amount of screenshots. On a disheartening note though, I really hoped to get more screenshots and when I missed them, I tried to make myself feel better by saying I could get them from the video later. CLEARLY THAT ISN’T HAPPENING.

Regardless, I’m going to go through some of the screenshots and my thoughts to at least keep some memory of the episode around. So, let’s get started.

I left off in my last video getting to Aether Foundation after Lillie and Cosmog were taken, so that’s where we pick up. 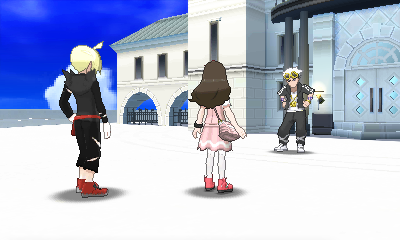 It’s pretty similar to the original, just with some of the new characters making an appearance in the process. It ends the same.

Lillie gets her Z-Powered form and I cry because she gets a ponytail and I don’t have that option despite being on a tropical island. Also her backpack is way cuter than my bag.

Anyway, we’re off to the next island and we have to go see the Exeggutor to get the flute. And despite my issues with a lot of the mechanics, outside of Trials, in Alola, I really do like the environment.

We get the flute and after going through the canyon which I got flashbacks to how much I hated doing enough in Moon, we get the fancy flute playing scene which is honestly one of my favorites and I want a real Moon Flute. 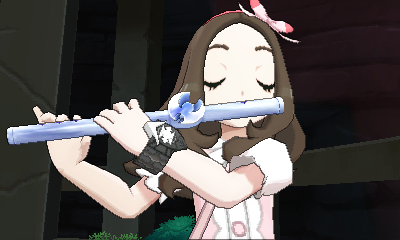 They added a lot to this scene which just makes it haunt me even more that I will never have the recording of it now.

That said, putting so much in this and with Necrozoma really made everything with Guzma and Lillie’s mother become a lot more anticlimatic.

I kind of failed my first Warp Time, but I did get to have a pretty picture in the best warp area so not too bad: 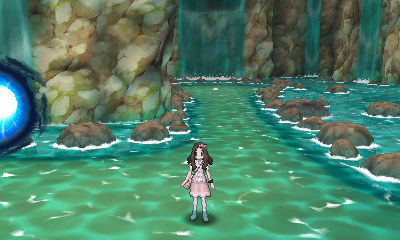 I don’t expect to use the Warp system anytime after this (I have the legendaries from past games and I have no interest in shiny hunting) so I at least feel a bit lucky that I landed here, even if by mistake.

I got the right one on my second attempt though.

It was then time for my next trial with Mina which was… Honestly kind of cool. 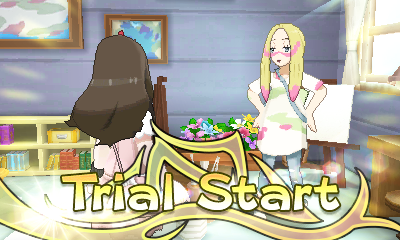 I liked visiting the other trial leaders and honestly, my only real complaint is that there wasn’t more variety. I didn’t care about battling nearly all of them again and while talking was nice, I don’t know, with how unique each trial felt, I kind of wish it was a little different than battle most of them.

The rainbow flower was so pretty though. 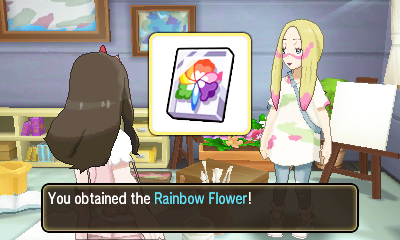 After that, it was off for my final Grand Trial. And then I finished that and headed to the league–stuck in the cave before the top of the mountain which is where I stopped recording.

I don’t know when I’ll get the next part up due to a handful of reasons:
1. I’m still really upset about losing over four hours of footage.
2. I had expected my team to actually LISTEN to me after finishing all the trials, but apparently they do not until after you become Champion… Which means I still have to deal with them disobeying me which just… sucks.
3. As mentioned, I’ve been really struggling with playing things lately.
4. We may be moving very soon and have been having to pack up a lot of stuff which also means just not much free time right now.

So while I hoped to finish Miitopia and Ultra Moon… I just don’t know if that’s viable right now, unfortunately. :(