So, something I’ve been thinking about a lot as newer ones have started to pop up again recently: Virtual Worlds. While some of you may already be aware, I really adore Virtual World games which have, unfortunately, become kind of non-existent over the years. Most have been phased out and it’s such a shame as they’re honestly pretty fun. The games are essentially MMOs… But usually a bit more relaxing. The excitement comes in customization, minigames, puzzles, and collectibles and outside the minigame grind, it’s something I really enjoy a lot.

Pretty much everyone has heard of Club Penguin, which unfortunately closed to make way for Club Penguin Island… And didn’t last very long which is a shame. I feel part of the issue is a lot of people played the PC version and while they eventually added a PC version (which I found ran much better), it was downloadable versus in browser which can turn some people off.

On top of that, you had to start over. Club Penguin Island was essentially a reboot of the original Club Penguin and while we saw some old familiar faces, many of them had new designs. On top of that, old features that people had adapted to just… weren’t there. Like Puffles which were in progress, but didn’t manage to release before the game closed. Adding on that most clothing could only be accessed as a member and having so little options compared to the old game due to being a reboot and it kind of set itself up to fail with a much higher budget, but not enough to pull people in. Plus, while clothing design is cool, they generally looked flatter to most “official” stuff and they didn’t do enough regular outfits. It was just patterns for people to design their own all the time which, yes, still cool, but could be better.

Personally, I really enjoyed the missions on Club Penguin Island as those kinds of things were my favorite part of Club Penguin. However, a big issue with the ones on CPI was the fact that they were very linear. While Club Penguin’s could be too, I felt there was more exploration and puzzles involved–but not just that, sometimes there were additional side quests which would allow you to get a bonus reward like a box of pizza or a medal and those kind of trinkets have always been some of my favorite things. CPI’s was very much a back and forth quest with occasionally some item collecting, but mostly I just felt like I was going back and forth talking to NPCs with a brief minigame at times.

Build a Bearville is probably one of the games I’m surprised shut down. It seemed to be doing well, it encouraged people to buy more of their products (I bought a lot more of them just for some little virtual item versus actually wanting the animal itself…), there was interesting customization, and I made some friends. I have a video I did shortly before it closed down and I do miss it.

ImagineTown is another odd closure and what still bothers me about it to this day is the fact that it closed VERY SHORTLY after it’s grand opening. The game I actually felt did a good job balancing things and just didn’t get the time it needed to flourish. The game had the character pick from several different “jobs” such as Model or Gardener or Designer. Each had their own quest line and you could unlock more of it. You couldn’t unlock everything for free, but there was a lifetime price which was roughly the cost of the game which honestly really helped make it worth it. I loved helping out on the forums, I felt the quests were all fun, I liked designing clothing, and it was genuinely really cute. There were neat titles you could earn: 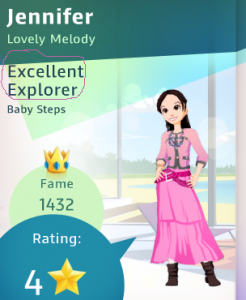 And I really loved the different backgrounds. I know Ubisoft is likely not reading this, but if somehow they are, I still wish they’d bring it back :(

Not to mention how hard I worked on my room too and there were still so many items I was looking forward to:

The game actually connected to some of their games and you could earn codes to redeem for items as well.

Wiglington and Wenks is another I was really fond of. I always loved Madeline’s European Adventure and it was kind of like that, but in a virtual world format– you traveled around places and could collect items and learn about different cultures and that just ticks nearly every box in things I love. It never really had time to kick off though, there was often not much to do once you found everything, and there wasn’t really much of a story. It just didn’t have enough to do while waiting for new content.

Pixie Hollow was another I really liked and it just kind of closed so fast, I didn’t even have a chance to really screenshot and record things I would’ve liked to remember. I would say it’s biggest issues ere having it so spawns weren’t player specific and adding a competitive nature to certain events on top of just… a lot of grinding. It also had a lot of items only available for a certain amount of time and required a lot of materials to make those things in time and when also having to go against other users trying to do the same thing, it was just too much and I feel like just a few adjustments could’ve kept it alive and well, honestly. But Disney just shut it down instead.

For those who did enjoy Club Penguin, recently the original creator of it started work on a new Virtual World– Box Critters: 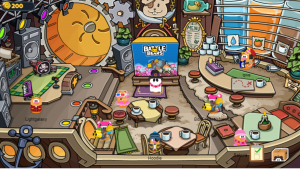 The art style alone should be pretty nostalgic and while they aren’t Penguins, there are going to be a handful of different species this time around.

Right now, it’s still in Alpha phases with weekly items and occasional special events keeping people interest. There’s been an Easter one that involved collecting Eggs by going to certain parts of the map and then wearing those eggs to other parts would grant bunny hats, a Halloween Maze, and most recently, the BattleBears event to tie in with their boardgame Kickstarter of the same name, though, it is currently being reworked. 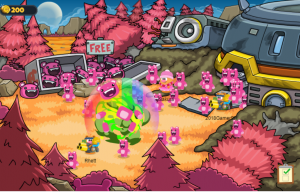 While I think the game is doing a good job keeping people interested, I do think it hits some marks that could alienate future users. There are already 94 different items that were publicly available at some point and of those 94, only 36 are still available to get. At the moment, I don’t believe it’s been said any items are permanently gone so I’m absolutely hoping some items will make a return, especially ones that were only available for a day (things happen– I’ve lost interest suddenly for an entire week and it sucks to miss out on things).

I feel like the big things that Virtual Worlds need to remember, especially if they are generally more casual and not literally an MMO in a browser, is they need to:
1. Be Flexible. Events are cool and definitely a must, but they don’t need to be one time only. Recurring can work. And even items that come back maybe every season or every year or two still helps.

2. Whether intentional or not, the game does encourage a community feeling. Having super rare items can encourage a clique-like environment and make people feel left out. People can still show their older pride either through their username or even having their date shown somewhere. There’s other ways to be a Founder besides super exclusives.

3. While it can be fun to have an item be announced through a specific social media vein or through someone specific, it’s less fun when it’s spread to just a few people before officially releasing– it’s the main reason so many people started guessing codes because nobody enjoys feeling left out.

4. Despite the community feel, don’t force people into it. Some games will require at least one other person, if not multiple people, in order to even unlock things and while maybe that can be good for really active games at all times, some people have different online times or may not be comfortable in the more social aspect of a game and prefer playing solo. One of the nice things about virtual worlds is the flexibility– if it’s constant time management, it’ll start feeling more like a chore and harder to budget the time.

5. Not everything has to be a contest. High Scores and things can be fun, but even just noting a high score can be cool without having people going up against each other for something.

Regardless, I really hope Virtual Worlds pick up again. They hit some of my favorite things to do in games without stressing me out and I really do miss them.