So, anyone who follows my twitter or may recall some of my older posts, I had been struggling a lot with finishing Let’s Go, Pikachu and Ultra Moon before Pokemon Sword/Shield’s release. I promised I’d extrapolate on that along with my feelings about them upon finishing. While I may make some mentions to Sword/Shield, I will not be mentioning anything from leaks– just stuff that has been officially said since E3.

Honestly, I hated Ultra Moon so much. I think part of it was that I just wasn’t that happy with Pokemon Moon in the first place– I found Alola nice and I did adore the trials, but customization felt like a step down, outfit colors were restricted based on your version, and catching, especially after ORAS and the beauty of the dex-nav, felt incredibly slow, as did some of the story’s pacing. Add on loading issues due to Totem Pokemon where I was actually worried my 3DS would freeze (and it did once), and it was frustrating and nerve-wrecking more than I enjoyed it.

Regardless, I found the story interesting and liked the characters and so I picked up Ultra Moon, mostly because of a few new Pokemon, and it just… was so much worse playing a second time. While I enjoyed some of the trial changes and some of the extended cutscenes (even if our character still didn’t emote much), the story overall felt much worse this time with a lot rebooting of past storylines and that already felt frustrating in ORAS. In the sense of a fan service moment, I did like seeing those characters, especially as I was surprised by how some character’s appearances changed, but in the sense of a story, it just felt frustrating. I feel like the game could’ve benefited from a sequel similar to Black/White 2 versus a reboot of the same story to align a bit more with some of the anime characterization. 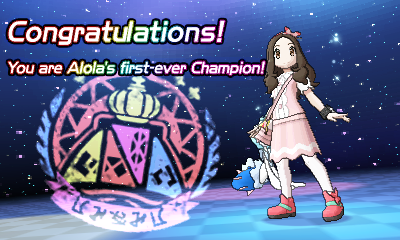 Unless I like… super love a game, I don’t think I’d get a third version again and even then, I’d be relatively apprehensive about it. I think it’d really need to be a sequel or prequel or something just… fully different for me to invest again.

As for Let’s Go, my feelings for it are best summed up as “complicated”. The only way for me to really start enjoying myself was to essentially play a way I’m not used to doing and honestly, I feel like Let’s Go genuinely didn’t want people to. It felt aimed more at people who played GO (and likely don’t care much on having a living dex), enjoyed competitive aspects, and/or shiny hunters. But for people more focused on completing their dex and catching them all, it just felt so… monotonous and exhausting to take care of these catch combos to even get certain Pokemon to show up. What I ended up learning after becoming Champion is that Pokemon show up much more often (and rarer ones as well) then… So if I just waited until the end to work on my dex, maybe I could’ve saved myself time from catching so many of them through GO Park (which… I had mixed feelings on. Having to re-catch Pokemon I already caught and raised just sucked honestly). 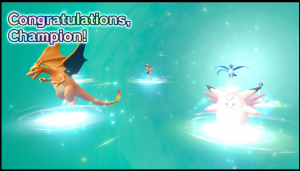 I loved seeing this version of Kanto, but at the same time, my nostalgia for Kanto is kind of lessening as it’s just… constant. Like I love it a lot and I liked how the story was changed up too and how it kind of fit together with the existing timeline despite some obvious anomalies, not to mention playing with Pikachu was a lot of fun. One thing I was really disappointed in, which either I just forgot due to not having played so long or wasn’t mentioned, was that the Pikachu (or maybe Eevee in the Eevee version) waving the Joy-con around meant Pikachu wanted to talk to you or give you something… I just thought it was a reminder that someone could tag in as a support trainer so I’m disappointed I missed out on more moments with Pikachu as the cut-scenes and interactions were easily my favorite part of the game. 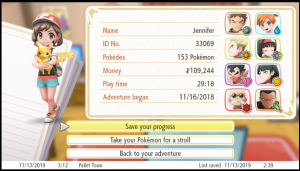 Bringing up GO for a second, I’m super mixed on how Meltan works, especially when it requires 400 Candy to evolve. Honestly, not everyone who gets this game will have played GO (and will probably miss the Safari Zone…) so they have no way to get Meltan and while I do think the initial reveal of Meltan was really cool, I do think it should’ve been able to get normally in the game somehow too.

As for the actual catching, I’m still not a fan of motion capture at all, but I understood why it was there (unlike the stupid catch combos) considering the GO-general-Pokemon-game-combo they had going. While I disliked battling for Pokemon, especially as I often worried about knocking them out, it was frustrating not having much we could do to stop them. I often abuse quick balls at this point in hopes of catching a Pokemon immediately, but I just spent so much time missing due to terrible aim (whether my fault or the system not reading where I was moving the controller to, who knows– maybe both), that it felt really disheartening when they ran. I was surprised I managed to get all the legendaries though without needing to reset. The 5 minute timer for them and Snorlax really stressed me out (why did there need to be a timer…), but it felt really rewarding to get through it and then try to catch without as many penalties. I think if they could do that for a chance to have the Pokemon not run would be nice.

Regardless, I did manage to finish my living dex dreams and re-make my very first Pokemon team from when I played Pokemon Blue which was a really nice feeling. 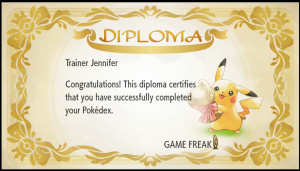 I will say though, while I liked the trainer’s default appearance, I was surprised there was so little customization. I also think it was unfair with how many more outfits the Eevee version got, especially considering Pikachu’s was more… shades of yellow/orange/brown while Eevee had a whole rainbow of colors. I think it would’ve been nice if you either could get them by showing an Eevee you caught or even just being able to buy them. I don’t know why they couldn’t do that. I can understand just having one hairstyle per trainer to match Pokemon GO, but… GO has customization so not being able to customize more was just so weird to me. I did get a bit lucky with the trainer at least as for the most part, it was what I would’ve picked anyway (well, minus the outfit colors… maybe I’d change the outfit a bit)– just I would’ve gone with the darkest brown hair color instead. I’m guessing part of it is due to the cute image at the end credits, but even if that may be the case, all the colors were in already so if they just let people pick their hair/eye/skin color separately and have all the outfits in, I don’t think it would’ve caused any harm. 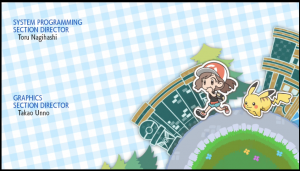 Regardless, it was nice to find some enjoyment in Let’s Go despite my struggles with it. That said, I still prefer catching Pokemon as I go… getting a few that only show up post-game is fine I guess, but I prefer doing it all in order as I get to each new location.

In the end, the only thing I didn’t really spend much time on was the Master Trainer feature feature, only facing the Pikachu Master. I’m just not into that kind of competitive-battle-environment and for the most part, I’m not too upset about it beyond that I couldn’t fight Red then. Maybe one day. If the CP requirements weren’t so high for the “shown” ones, at least I could’ve fought Red. v-v

I will say though, it’s a shame these were my last full Living dex completions and that still breaks my heart a bit with Sword/Shield. While I always start a new team anyway, it always meant a lot to have all my Pokemon with me and know I could bring them out when I wanted to and get them new ribbons and experiences and that just won’t be possible now. As much as I love Pokemon and do love some of the new ones, I do feel there are… plenty of Pokemon at this point and I wish time would go into making a game that uses all the great things they’ve already made to make something even better rather than constantly trying to make something new.