So, before we get to things starting rollover, I do want to bring up some stuff from shortly before rollover. A friend had gotten Redd in his town (because timezones) and let me stop by! Unfortunately, Redd had nothing for me during his first visit to this island. Even his ship was closed for now.

However, my friend let me take the Wistful Painting he got from Redd! And thus, I immediately ran to donate it to Blathers.

I’m so excited for the upgrade.

And with that, we officially hit Day 36 and the start of the Nature Day event! And Marina moving in!! The museum expanded as well or well… is. Unfortunately, it’s closed for the construction today T__T But soon!!

I had a lot of mail– mostly from stuff I ordered, but also a letter from Tom Nook telling me about the special Nook Miles+ things available during the event. I also received a DAL Apron from Dodo Airlines as thanks for my support.

A lot of flowers had bred due to all the rain and I got a good amount of pink, but also the third blue rose I needed! Just 2 hybrids left to go: Green Mums and Black Cosmos.

Meanwhile on the beach, I had a bottle with a recipe in it from Julian and learned how to make an Iron Wall Rack. 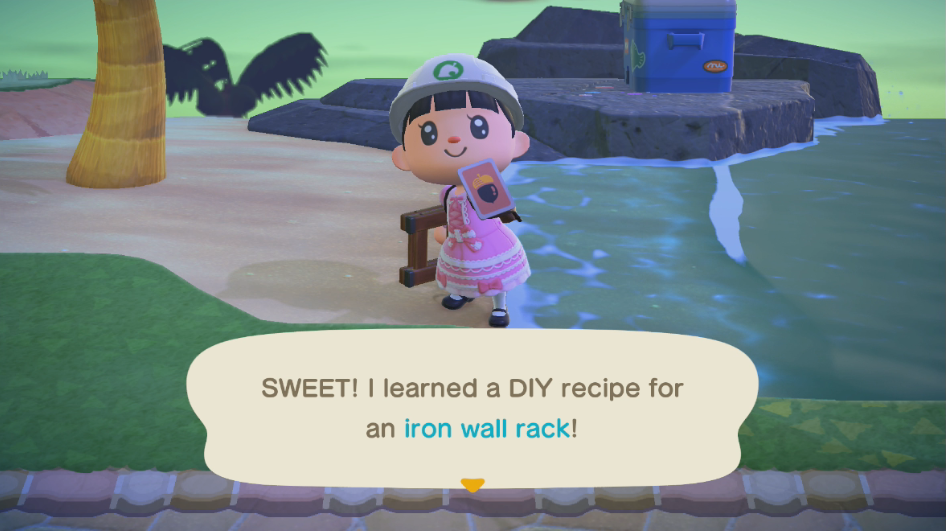 And of course, I had to go greet Marina now that she was here. 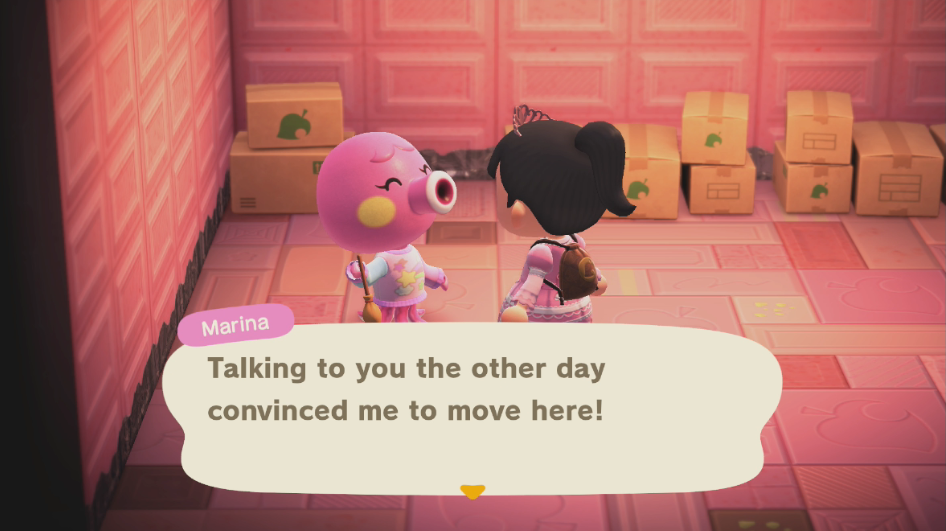 I then went to see Leif. Despite seeing Redd at the plaza during the intro, he wasn’t there with Leif. Leif actually sells the flowers that aren’t usually sold in your town which is nice.

Leif also will buy your bundles of weeds for twice the price the Nooklings pay. I hope it still counts towards the Nook Miles thing at least.

I then went to look around for Redd– at the very least, his ship was there. 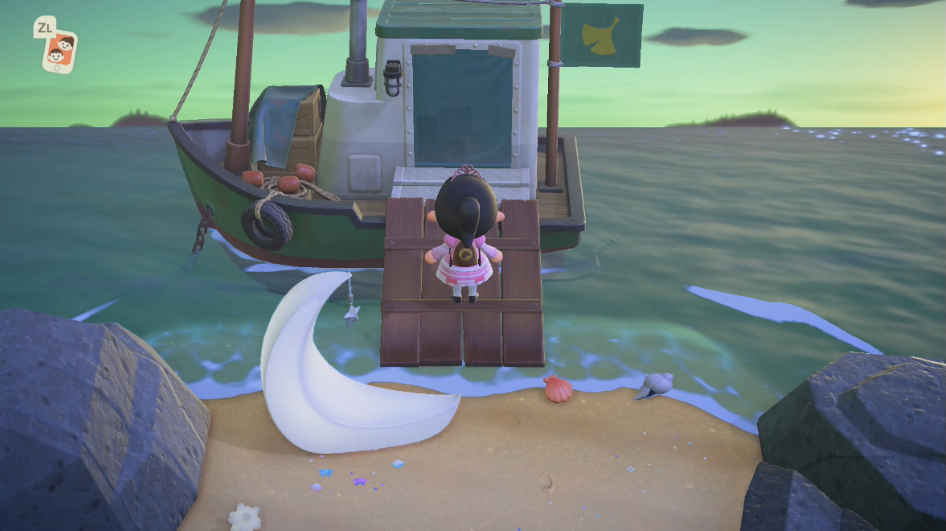 Eventually, I found him wandering around and he asked me to give him nearly 500K for a Perfect Painting… 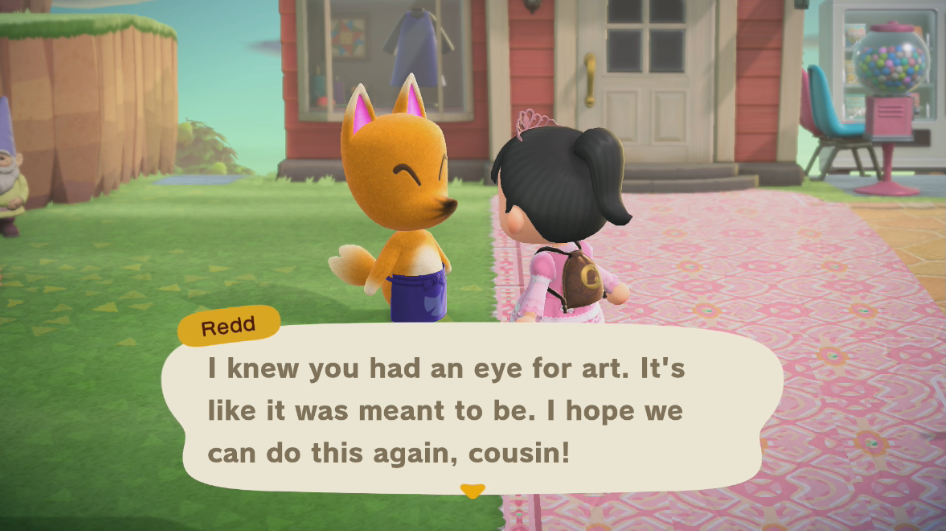 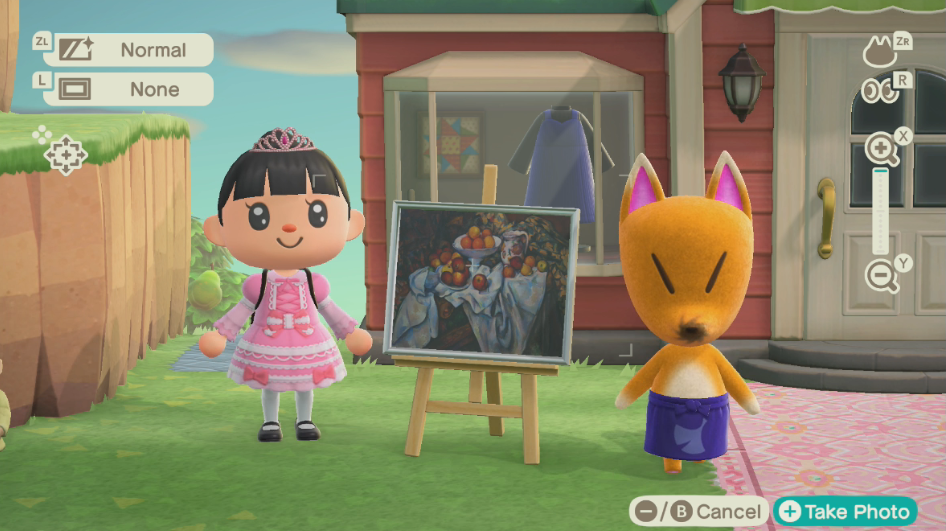 In the meantime, I tried placing bushes around. I know it’s not really realistic, but I wish they were fully grown as I have no idea if I did a decent job. 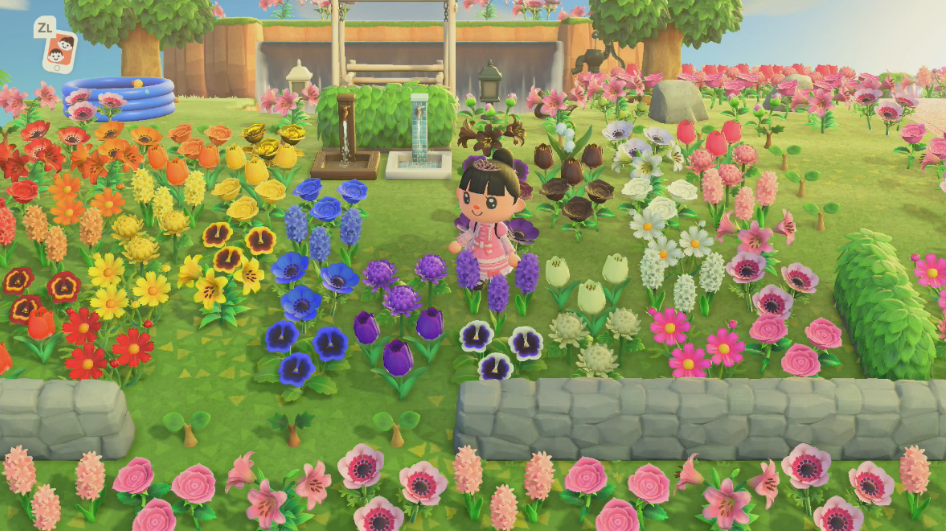 I also went to Resident Services to talk to Tom Nook about the event. I always like when they notice you finished super quickly or even already.

I’m not sure when I’ll use this exactly (I know some people are thinking of switching out their fences to hedges entirely, but I don’t think I want to do that), but I did try placing some a bit randomly. 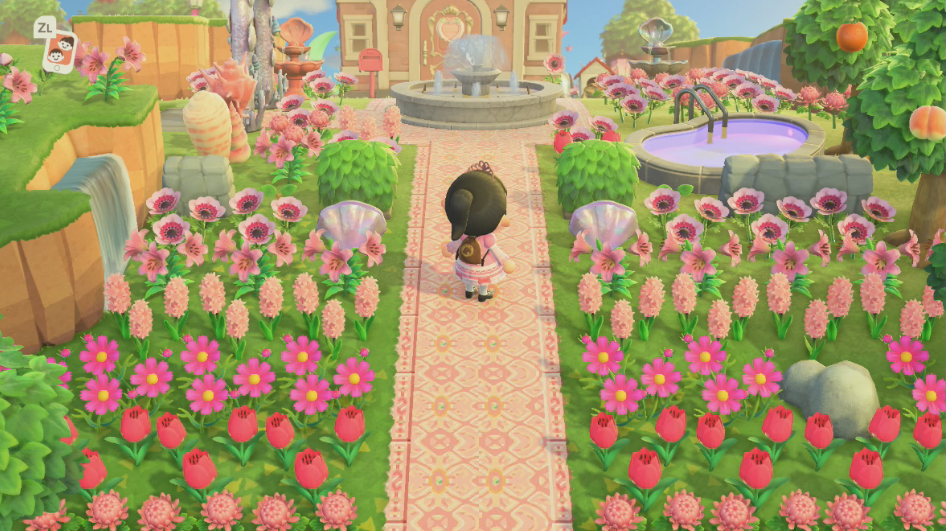 It seems there is just one special event Nook Miles thing a day so at least that makes it a bit relaxing. I feel like having to wait for Leif to return to get more bushes though is going to get annoying really fast so I hope I can work out where I want them x__x Or I guess I can buy a bunch to hold onto (assuming they can be stored…), but with my storage full, even that may not be for the best.

In the meantime, I learned the Floral Swag DIY from Merengue. 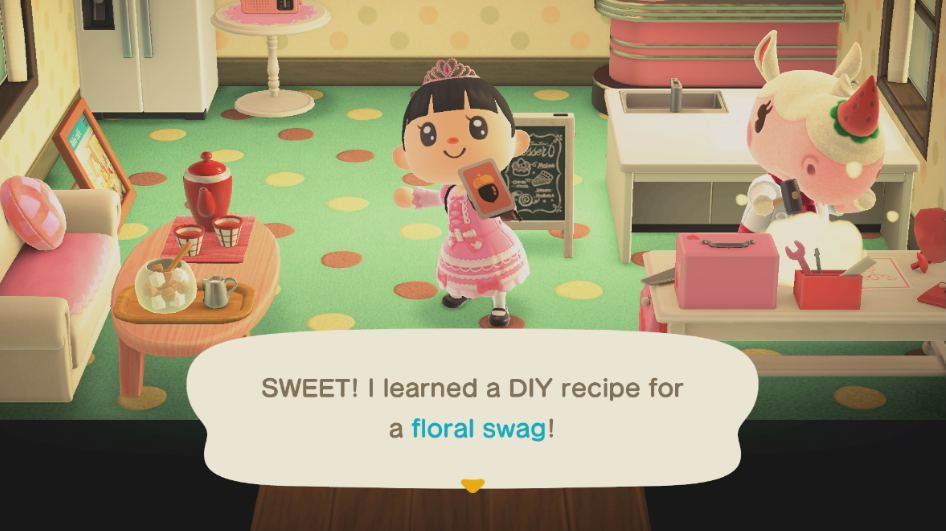 And I set up Marina’s yard: 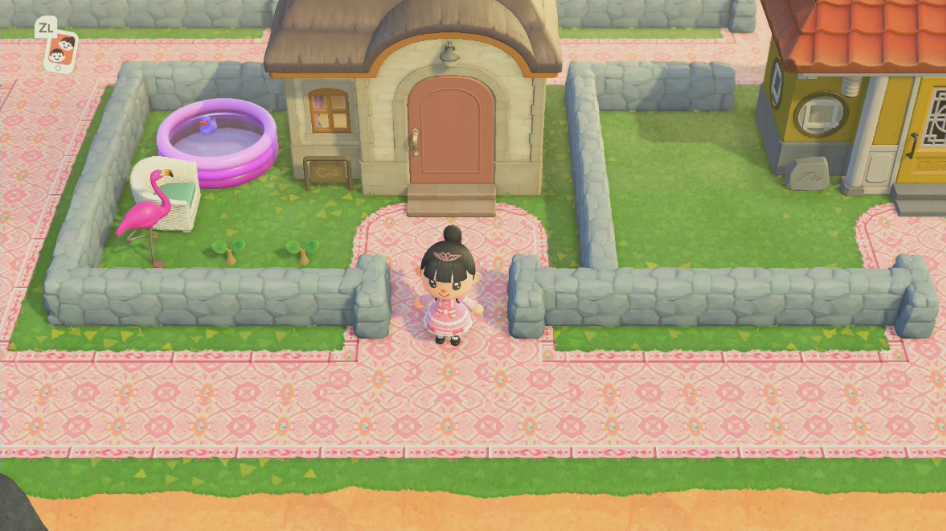 I hope to get everyone’s done eventually– right now, only really hers and Merengue’s are set, but theirs are two of the ones I had ideas for pretty quickly. I have some ideas for Maple, but I hope I can come up with something for all of them.

It looks like it’ll be a relatively calm day overall which after Easter and Cherry Blossom season, I’m happy to take. I think my only stress right now is trying to figure out what to do with the bushes. And avoiding any other weird glitches.

On the bright side, I finally have my Shell Wand! 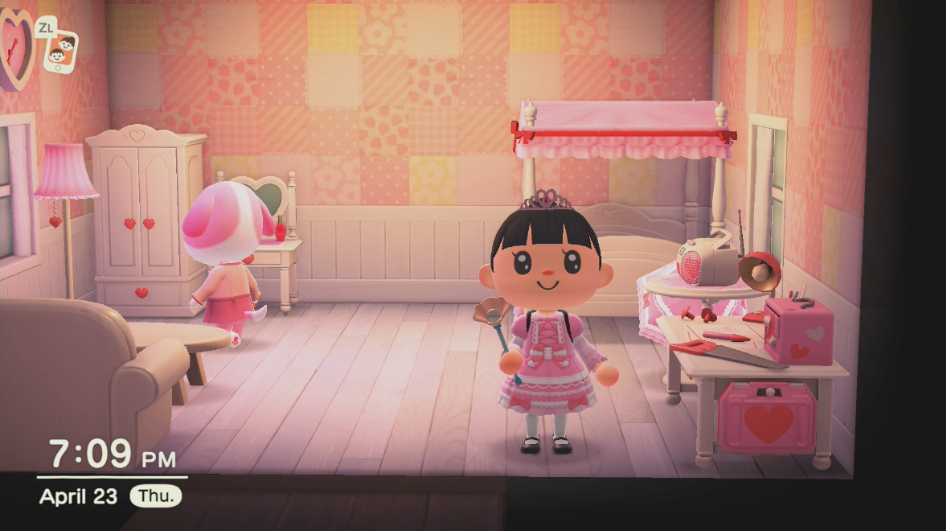 Flurry got an audience for her singing: 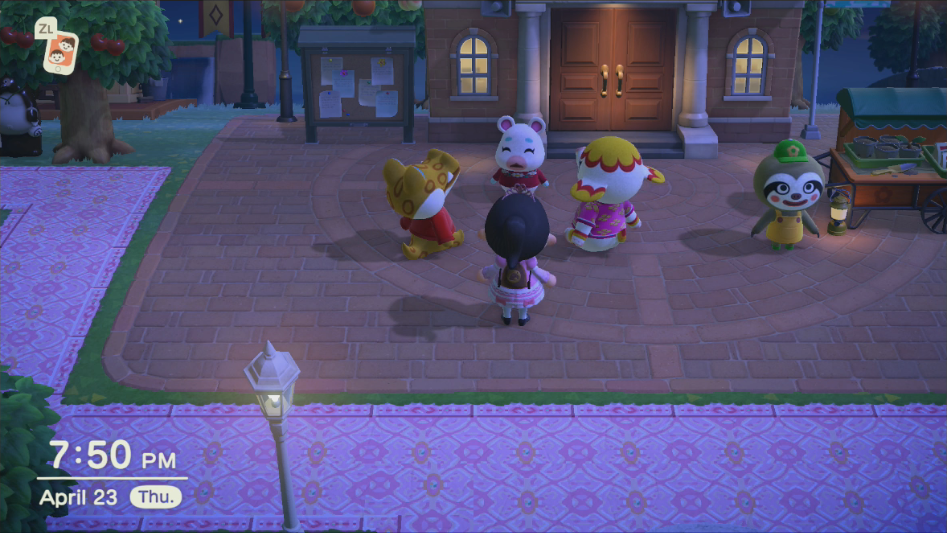 And while at a friend’s town, I ran into Celeste and finally can make the Star Clock! I used it to decorate the Grove area a bit more.

I’d still like to make one more, but my Star Fragments are completely drained now… 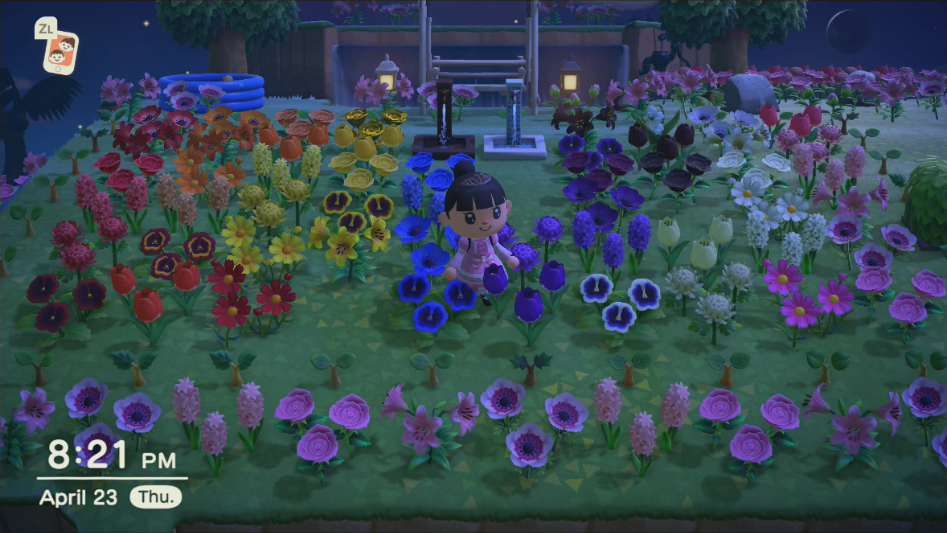