Even Isabelle started off with how nothing is really going on and I really wish they still mentioned special events as it feels weird how characters like Daisy Mae and Saharah get no mentions at all now and it’s just a pain. Or even how the beach is littered with falling stars from the unannounced Meteor shower last night…

Regardless, despite the lack of announcements, I had a good amount of mail to kick off the day– gifts from Jade and Meg for one, but also a nice gift from Flurry too and a letter from the HHA!: 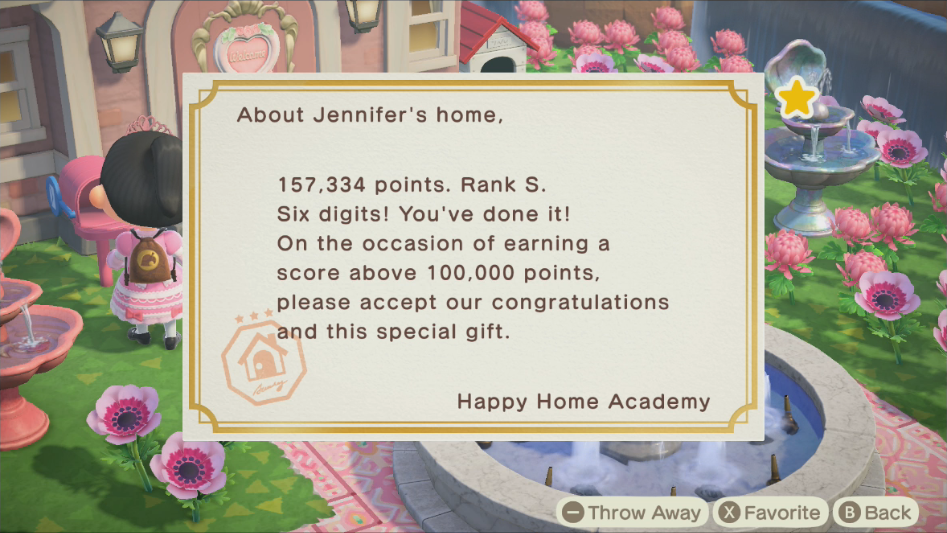 It’s kind of killing me how I’m at S rank, but still behind on gifts and wish they could just send multiple at once like the Fishing tourney mailed trophies. If I hit all the milestones, please just give it all at once. I’m afraid to even touch my home much in fear of ruining my score.

I also placed my new White Grand Piano down in the Basement in the room where I am desperate to keep this wallpaper and flooring together, but have no idea how to decorate it to somehow make that work: 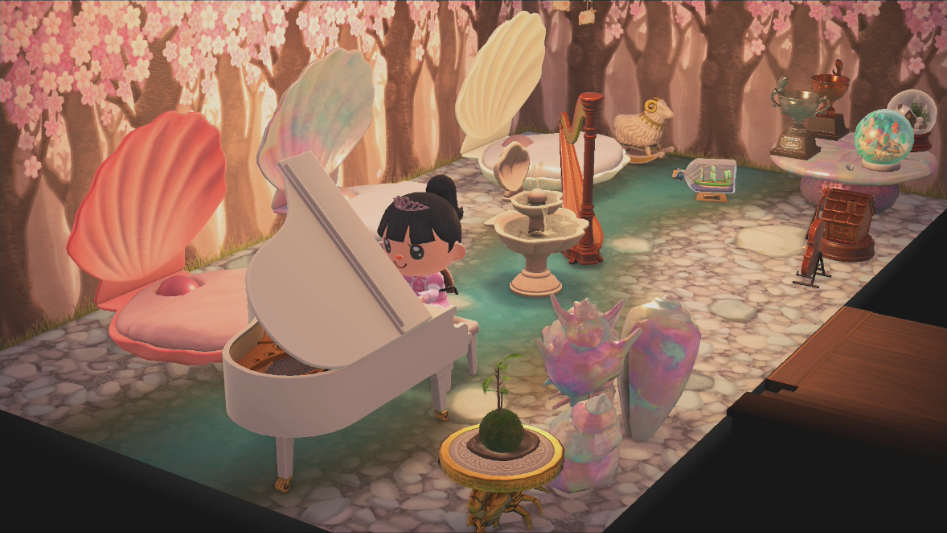 (As a side note, I love that we can play while sitting on a chair now)

Anyway, while picking up stars, I did find a DIY Recipe in a bottle from Monty: Raccoon Figurine. I mailed it off to my husband as I already had one. In general though, it felt like I didn’t have many stars this time around which felt surprising as I spent hours wishing last night for my first meteor shower. I didn’t get a single large star fragment either when I got three when wishing at someone else’s town for a smaller amount of time. It was honestly really discouraging, but at least I got enough regular Star fragments to make two more Star clocks.

During my fossil searching and star gathering, I also found a lost item. It turned out it belonged to Alfonso. 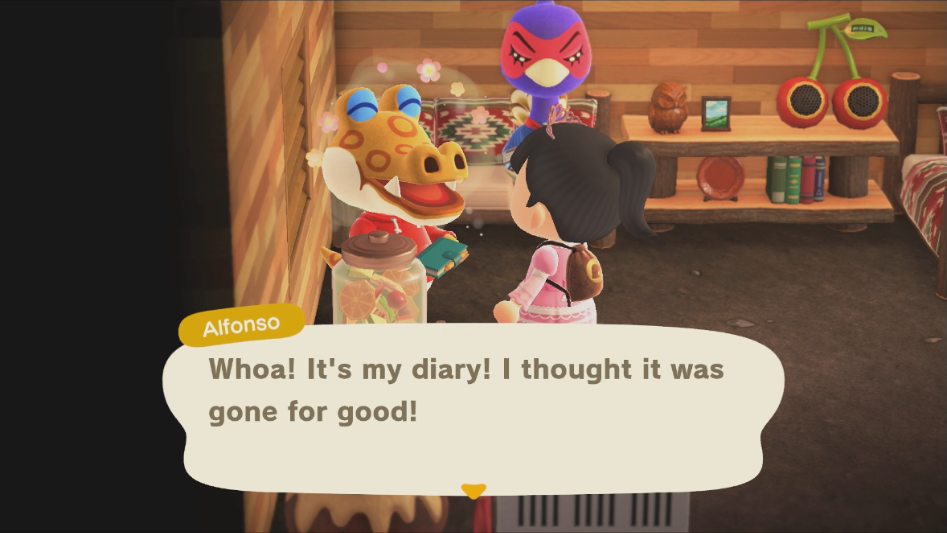 I do like that Villagers know immediately who an item belongs to if you offer it to the wrong person as it cuts down on a lot of time, but I also wish there was a way to figure it out yourself to try and get it to the right person on the first try instead of being told.

Meanwhile, in the crafting realm, Cookie was crafting first followed by Judy and then Mira. I’m not sure why Cookie is so far back though– Marina was having a similar issue last night.

My Nature Day task of the day was to plant 3 Lily seeds. I essentially planted them and then sold them as I already have an abundance of extra flowers and I really don’t need to add to that. While I do appreciate the easygoingness of the event, I do wish there was more to do. Maybe there will be something special at the end of the week. I’m mainly looking forward to the Museum’s stamp rally most of all, honestly.

I stopped by Ruu’s town earlier along with Mika. It was nice to hang out together.

And then I mainly just spent some time doing crafting for people (or picking up things from friends). And thanks to some really generous gifts from friends and tips for crafting, I did some adjustments to a few areas.

I wish I could find a way to make another stall or something else work well in the cafe. I really want to have some cakes on display there, but I just can’t think of a nice way to make anything else fit.

Also I love this puppy and I want all of Mom’s Plushies so badly. 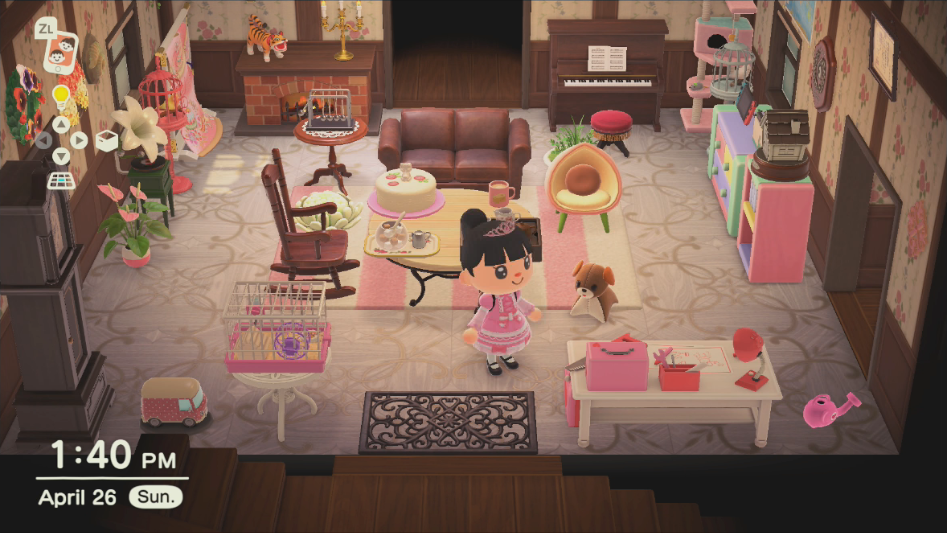