It as another day with no news, but Isabelle said to pace ourselves as it is only Tuesday and in a real seasonal game, I can not afford to pace myself Isabelle. I sadly received my Gulliver item and it was a hairstyle and I’m so sad. I never found my last two fossils yesterday, I still have a rock missing in action (can they not spawn on sand?? I figured they could since fossils and weeds can, but…), my bottle recipes are nothing new (Dark Cosmos Crown), and it was raining again. I did have some very nice gifts from Madison though.

While casually looking for fossils, I also am doing my best to talk to my villagers every day. Merengue was hanging out at Cookie’s and us all being in the same dress made it feel like a club meeting. 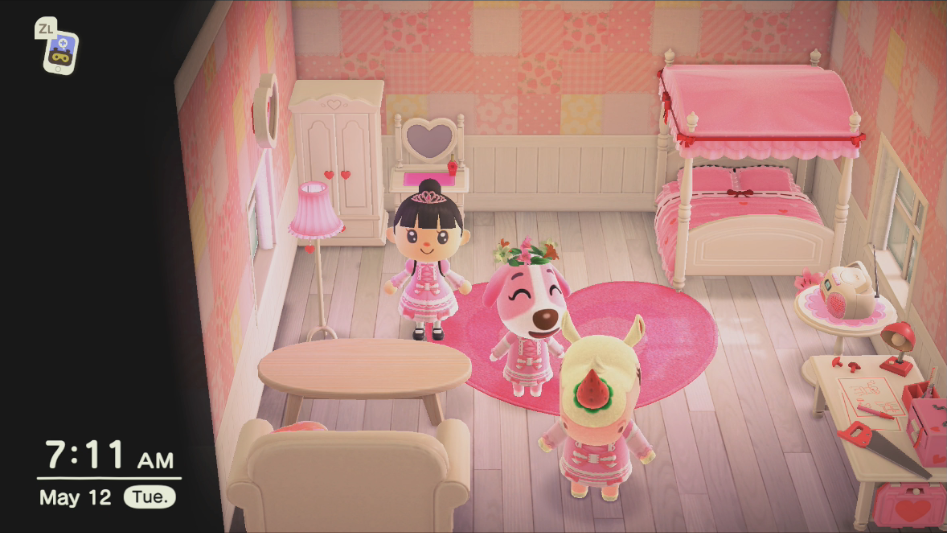 Along the way, I noticed Saharah’s here. In all honesty, if it’s not Redd or Gulliver, I’d much rather Flick or Chip if only to get models made that I want. My storage is so full :( And I have certain ideas for some and want to see if I can place it like I’m imagining.

Since it seems rocks can’t spawn on/in sand (pathed sand, not beaches of course) after all, I ended up doing some adjustments to the Zen garden to make it looker nice again and put a random stone material in there to make up for it. 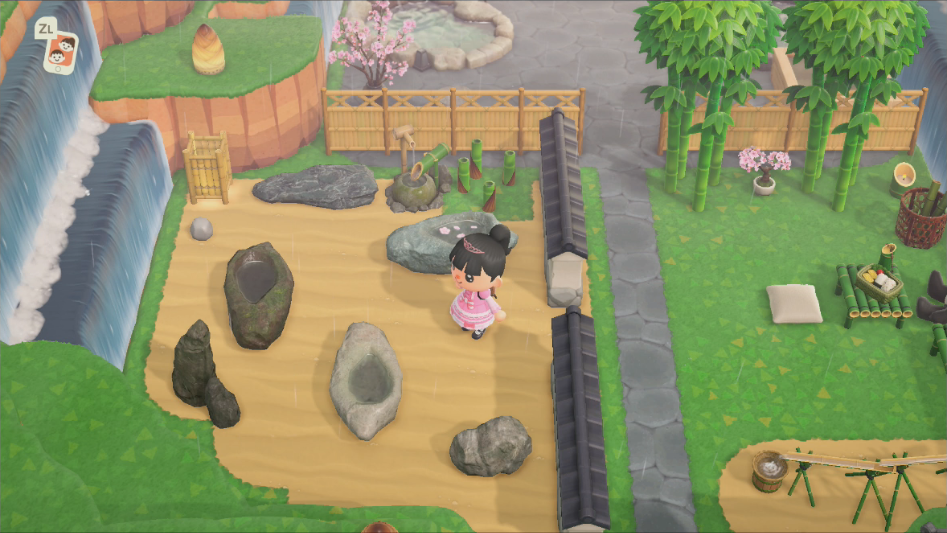 I think a Rock could maybe look nice in the grove, but honestly, I have no idea where it could fit. At this point, I have at least one rock I will be breaking still and no where for these two rocks to spawn. Maybe I can figure something out though. I at least found all four of my fossils today (though, no sign of the two I missed yesterday).

In the end, I found out the issue is that apparently the rock won’t spawn if it’s within four spaces of a cliff… which was an annoying issue. I tried adjusting some things so we’ll see if it finally works tomorrow.

If anything, today was mainly surprises. I found the other fossil I likely couldn’t find yesterday and immediately put transparent patterns down there. 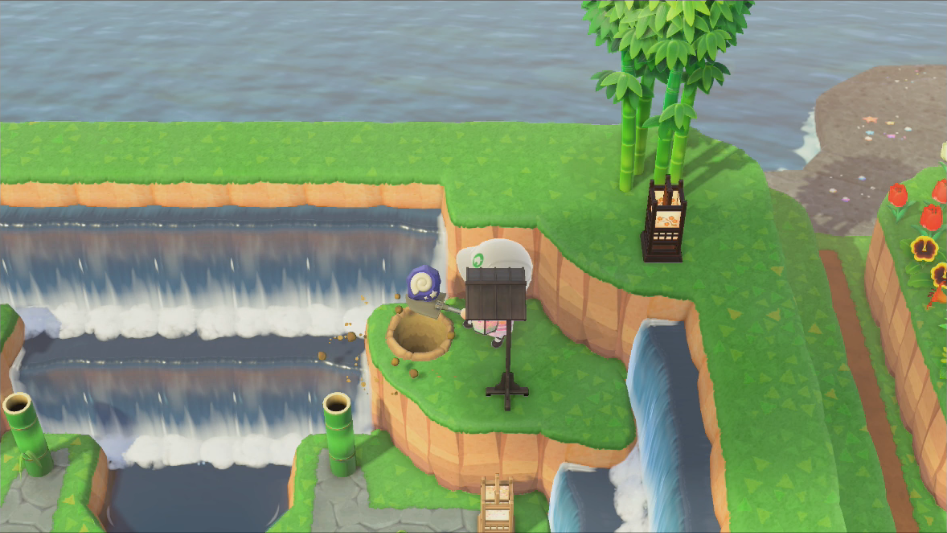 I received some very generous gifts which helped a lot (on top of getting to catalog a lot of new things too).

I also realized I hadn’t properly gotten all the flowers in the Secret-Grove-Garden area so I worked on that too. 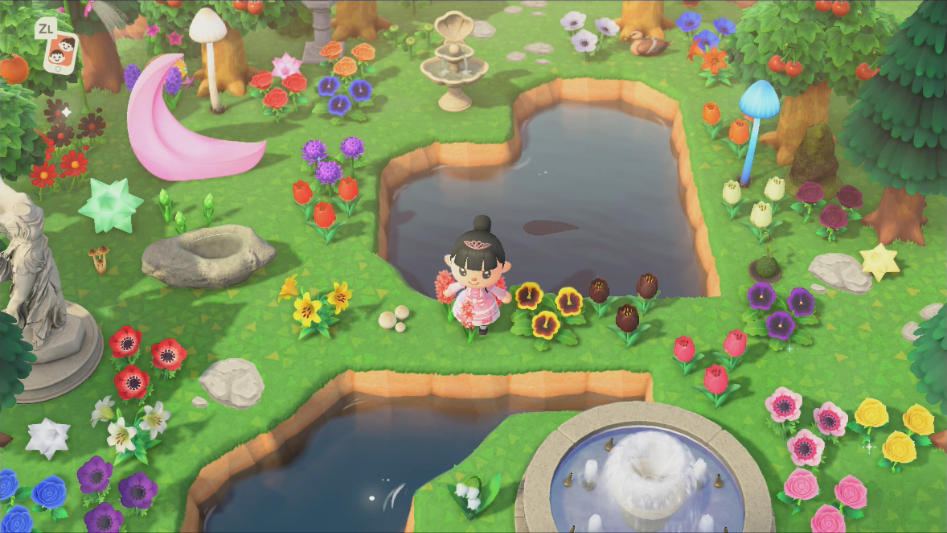 Despite nothing really happening though, I still pretty much played all day so… I also finally managed to clean out my storage a bit which at least means I should be able to work on my house now… I just have so much to do :(