Today’s initial goal was double-checking. I still had things to add to lists (and it’s thankfully so much less laggy), I had stuff to double check from things I’ve crafted, and there was just a lot to do so before I booted it up, I decided to focus on those things first.

I also wanted to figure out just how many of each flower I still need as to prevent myself from being stuck with a lot of extras. This sounds easier than I know it’ll be.

Loading up, I noticed Label was in town though for a new fashion challenge. Meanwhile, I had quite a bit of mail. Something I ordered, some music from Meg, and a DAL Umbrella from DAL Airlines.

I checked again for fossils and rocks (which… still no rock, genuinely running out of ideas here… It should be far enough) with no luck…

But along the way, Merengue mentioned she was worried about her catchphrase. Once again, I said it was fine. 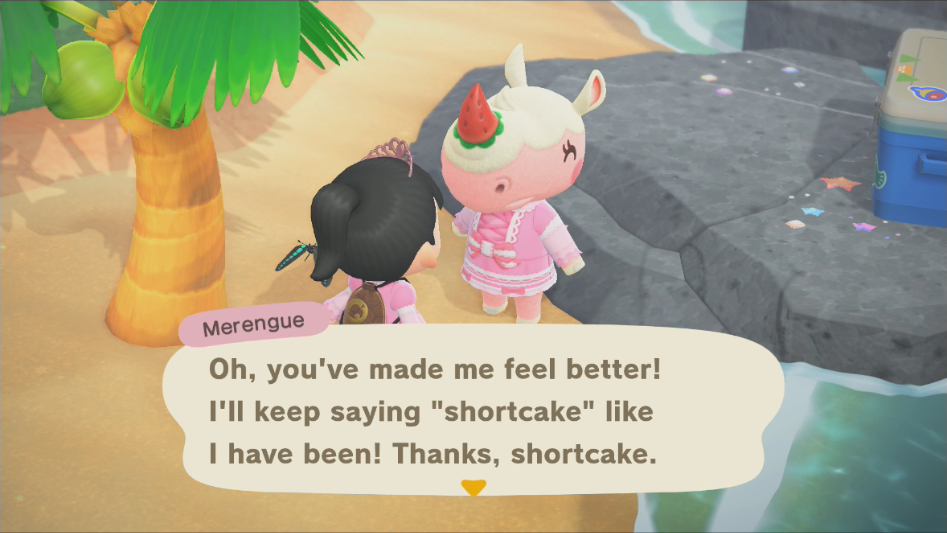 To be honest, of all the prompts, this has always been one of my least favorites. I genuinely like most of their catch phrases and the only ones I ever really would change are Diana’s and Peanut’s (and maybe I’ll consider eventually changing Teddy’s if I think of something decent). The big issue is if you change one, villagers often end up picking it up and while you can reset it by talking to Isabelle, it’s a really annoying feature. I wish they’d at least ask similar to the nickname thing.

As a side note, on the subject of villagers, even though Fleas will be available for several more months, I’m worried I won’t catch enough for the Nook Miles thing. I saw a good amount for a little while and then it’s been nothing for weeks now.

I then finally went to go see Label. My theme this time was Comfy so I did my best… She ended up giving me a Labelle hat. 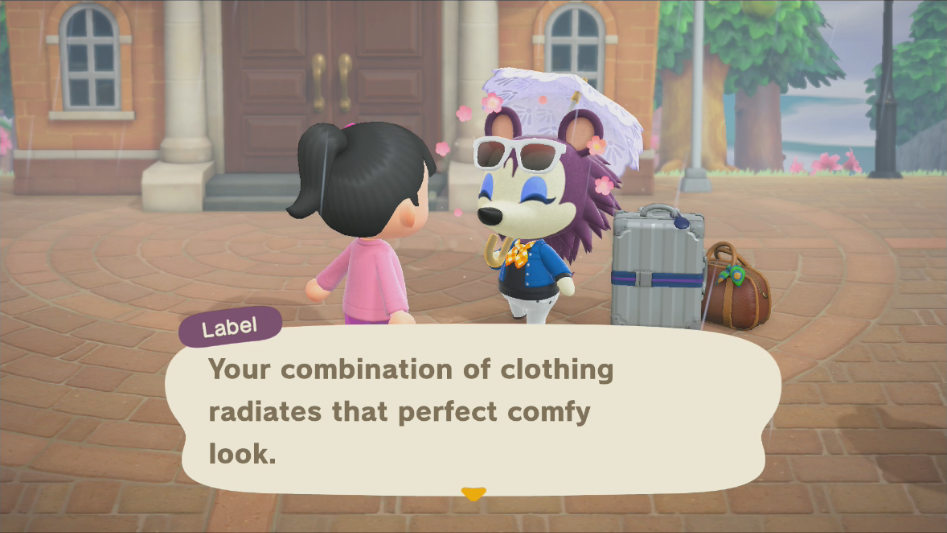 Marina asked me to catch her a long locust. Once bounced into view nearly immediately after so it was a… really quick task to finish. 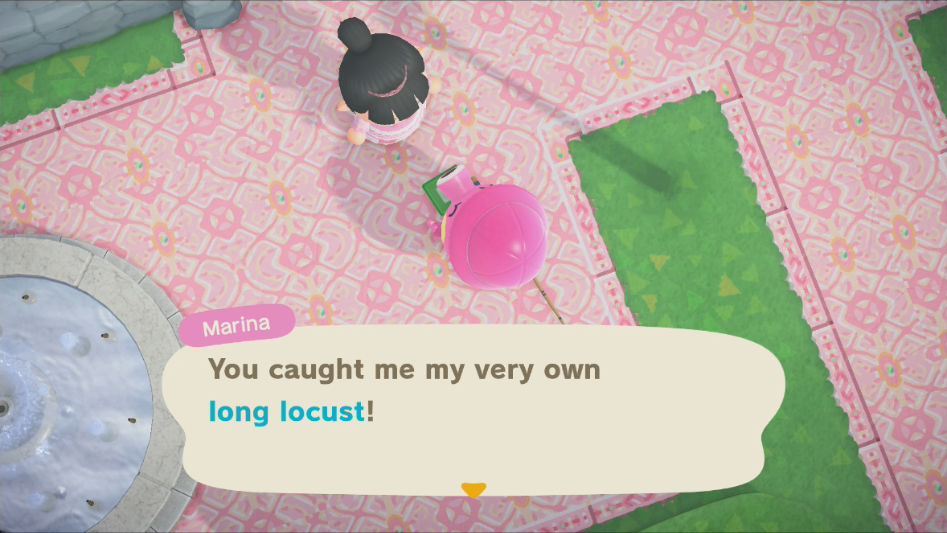 I also decided to try and start giving everyone some fruit each day. While I found most of them easily, I was still missing Teddy… So I decided to check the museum and well… There have definitely been some changes. I was right about him being there though. 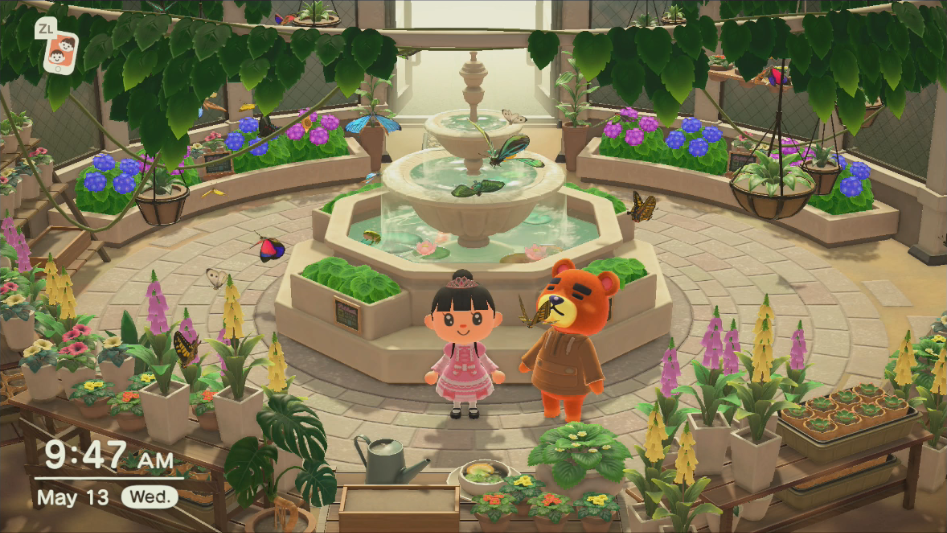 Thanks to a friend, I finally had enough pine cones to make the leaf campfire. Now the campsite is pretty much done– I just would like the other leaf piles for it. 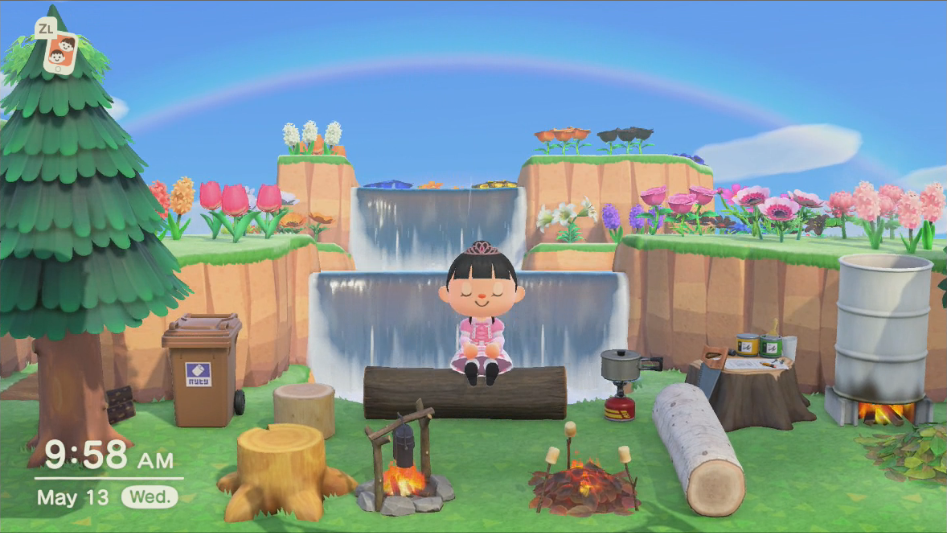 And then when I took this picture, I noticed my very first rainbow!! And not just any rainbow, but a double rainbow!! 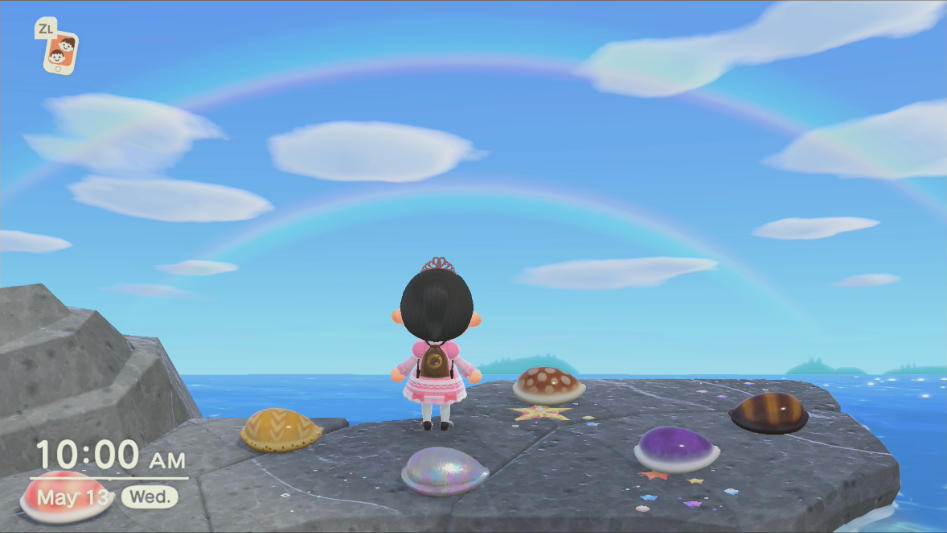 I then stopped over to Filia City again and finally got my revenge. And also another victory.

I also found it interesting that it seems all the Cicadas have different things said when they’re caught when it’s raining. 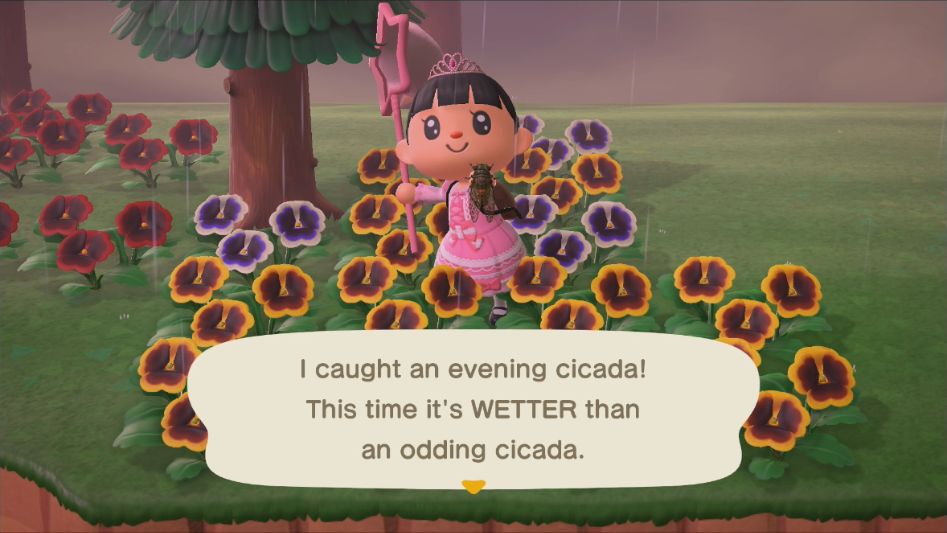 The only July/August bug I have left now is the Giraffe stag. I think I may have saw it once while playing over there today, but accidentally scared it off ironically due to being more confident after practicing. I forgot when they stop moving, I need to freeze and I’m still kicking myself for it. I hope I see one again. On the bright side, I got to celebrate another birthday. 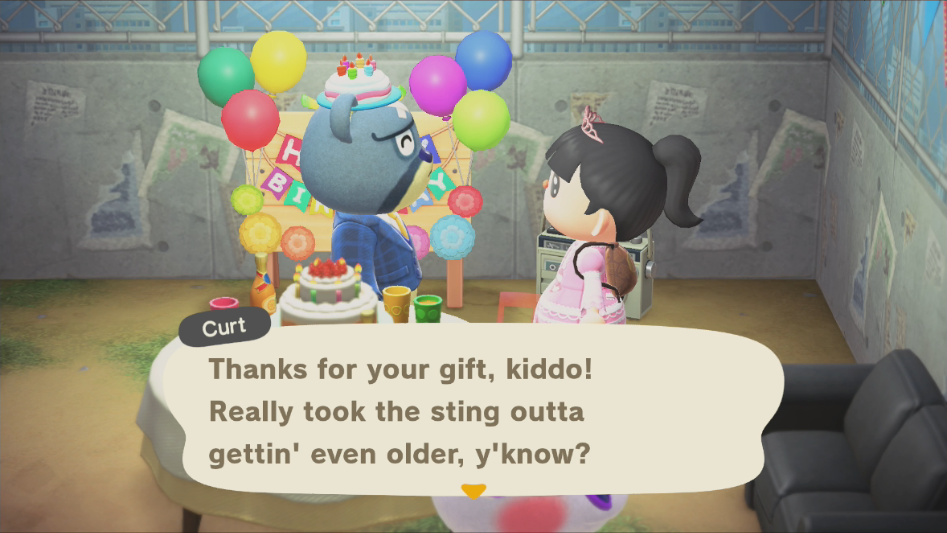 Meanwhile, when I got back to Pink Sea, Phil taught me a new reaction: Resignation.

And Alfonso said he was thinking of moving!! I’m so surprised as Mira asked not that long ago… I told him he could so it’s going to be villager hunting time in two days! I’ll definitely stream it unless someone mentions having one of them I can just invite over and then I won’t exactly have to island farm so… I’ll at least record myself inviting them then. Though, with all the glitches, I will admit I’d be kind of nervous to :/

I had some fun stopping at friends’ towns after.

Mira and Flurry asked if they could also start calling me Princess which I said yes to them both.

And finally, I saw Wisp again tonight and finally hit the second Nook Miles thing for him. Unfortunately, he gave me another item I already had in each color… :( 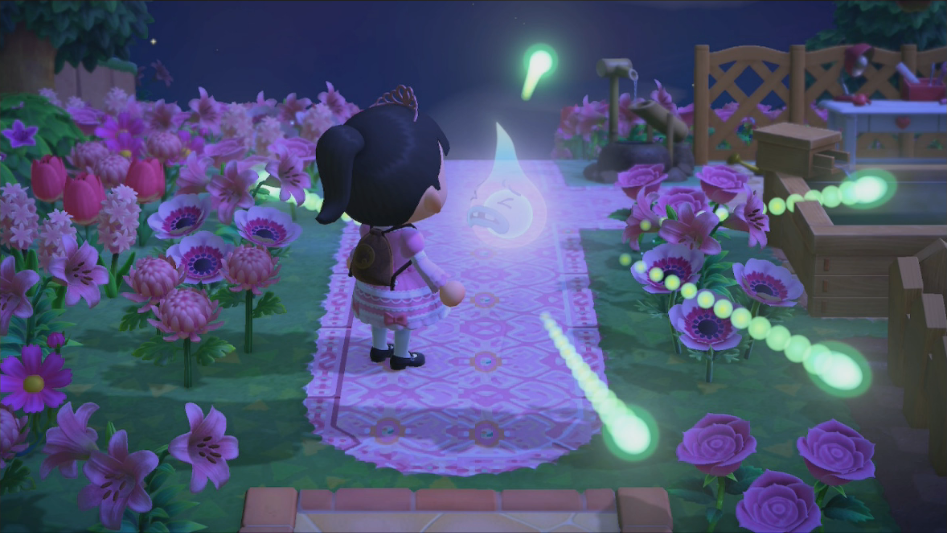 I didn’t really get to do everything I wanted to do, but hopefully I have better luck tomorrow… On the bright side, besides K.K. Birthday, the only song I still have to go is The K. Funk still and then I can just focus on getting art from Redd.