A new day had begun and once again, my villagers call me out. 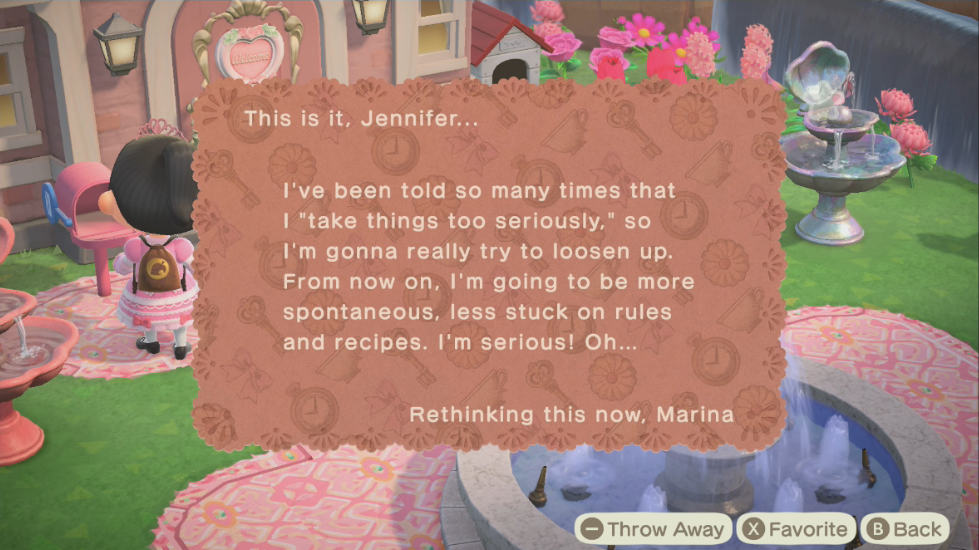 I know how you feel, Marina.

I quickly headed off to check on Diana. She hung up the Iron Doorplate and her house is all set up now.

I then popped over to a friend’s town for some shooting star wishes. 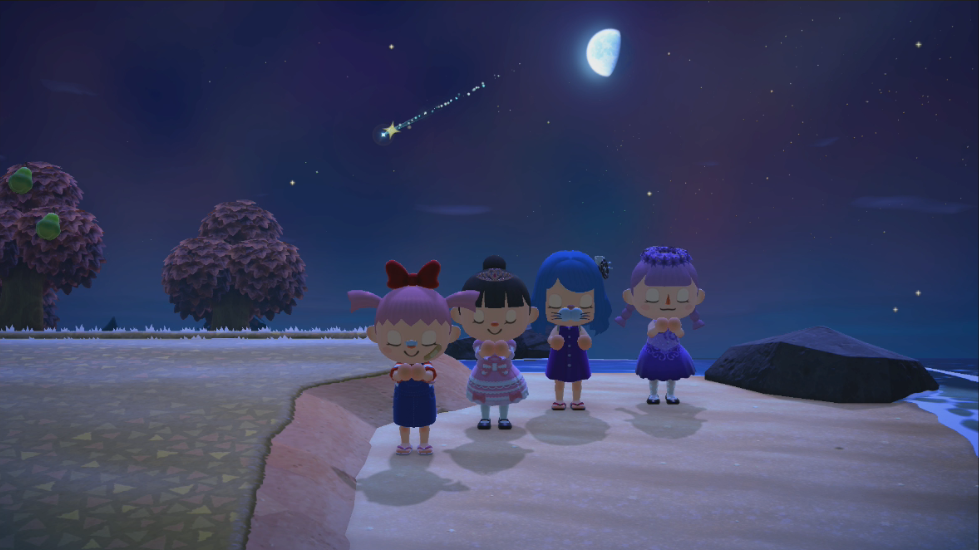 Back over in Pink Sea, Diana, despite having only been here for a day and a half, decided to teach me a brand new reaction. That was kind of a heavy description for it, but I guess that’s what I need right now.

I also stopped by a friend’s Southern Hemisphere town in hopes of shaking our some acorns and pine cones. Unfortunately, the drop rates are awful. There were leaves falling around so I managed to catch a few, but just like the acorns and pine cones, they seemed relatively rare. Even worse than cherry blossoms were originally. The only Fall thing that seems to show up rather well are the mushrooms and even then, I haven’t heard good things on some of them. 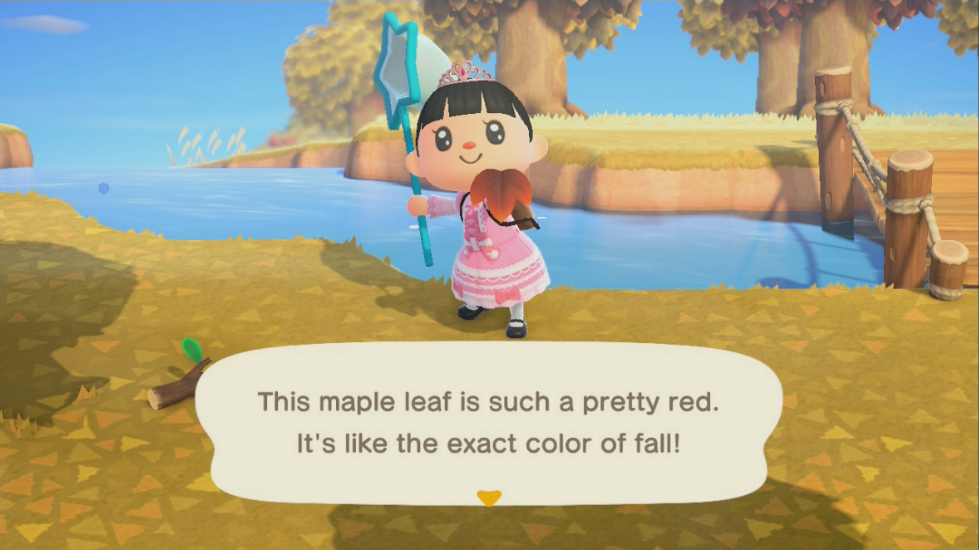 Finally, I went to a friend’s town to catalog some things along with getting photos of Audie and Alfonso. I want to try and figure out something to do with the photos of villagers who have moved away. Unfortunately, all my ideas so far would give off the idea that they died and I’d rather not have that. I hope to eventually figure something out.

The big surprise though were her brand new trees. 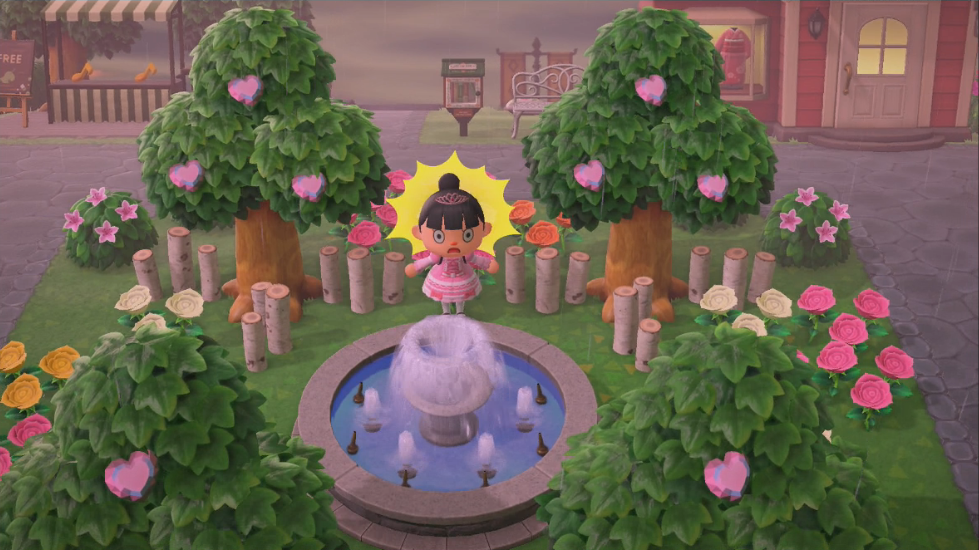 New Leaf also had people hacking things towards the end to do things with their town that just wasn’t possible with Animal Crossing’s restrictions (such as putting rocks or flowers in the river). Some people made amazing things. And these trees absolutely look really pretty, but I don’t think it’s something I’d ever be comfortable having. It’s a complicated subject since they don’t harm anyone and I can think of tons of things I would do, and heck, how much better my town would be, if I could make all my waterfalls without the large amount of tiers and restrictions on what needs to be around it as that cut into A LOT of my available space and is part of why so many things didn’t work out how I wanted them to.

But despite that, I still don’t think I’d be able to do it even if someone told me they could. It’s just decorative, but it just wouldn’t feel right to me.

Anyway, I finally managed to get everything into the “things I need to catalog” list so that was nice. Next maybe I can finally count the flower specifics and work on my house, but at the very least, the Stamp Rally is tomorrow and that’s pretty exciting.