A quick summary (as not all will be listed below)

I had wanted to wait until something particularly big happened, but now I barely have reasons to check each day and I’m unfortunately finding myself even more conflicted with the game. Before we get into that, some screenshots from the last few weeks:

My outfits for Labelle:

I did some small adjustments to the bathroom. 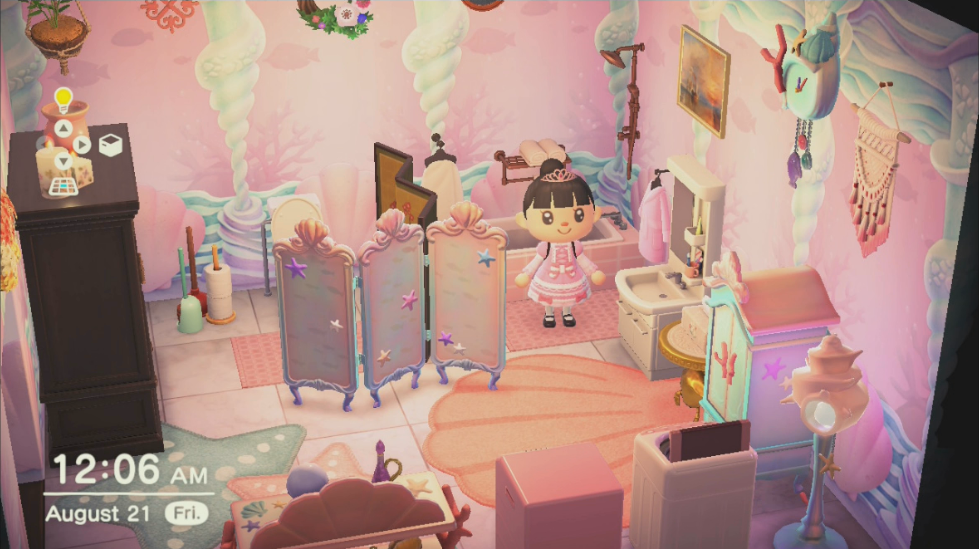 The real highlight over these last couple of weeks is I managed to get the rest of my Villager photos.

I am kind of confused how I got Peanut’s before Maple’s though.

I had some really nice mail from villagers too. 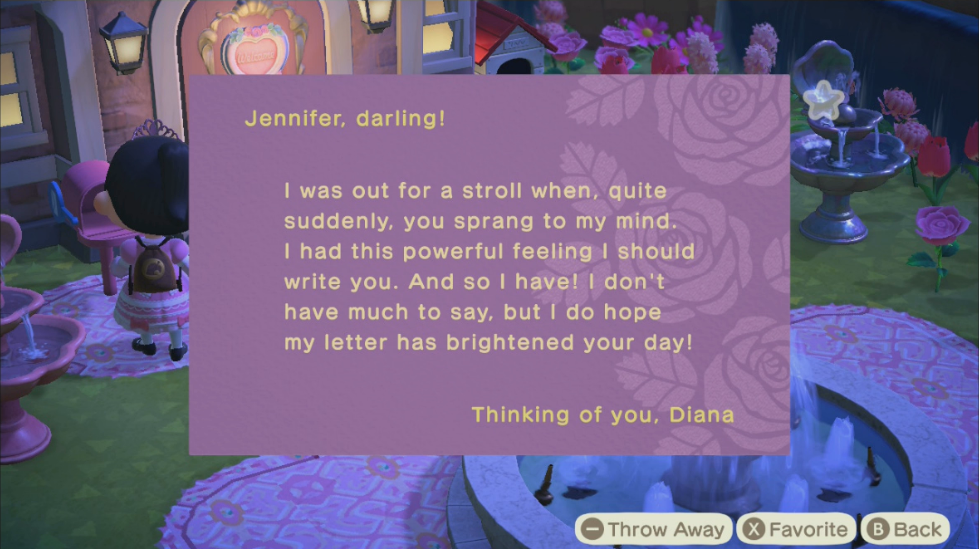 I do wish I had an off-shore storage for mail :/ I actually need to try and go through my saved mail as I somehow hit the max in storage, but I like to try and keep one of each stationery plus special mail (like from Mom) and I don’t know what I’m going to do now.

As mentioned above, I had nothing to really do for September, but I loved some of the Fall changes and the weeds are nice.

And our K.K. Slider groups…

And thanks to Leo, I got the Winter outfit I’ve wanted for so long.

Finally, I just wanted to share this nice picture with Flurry. 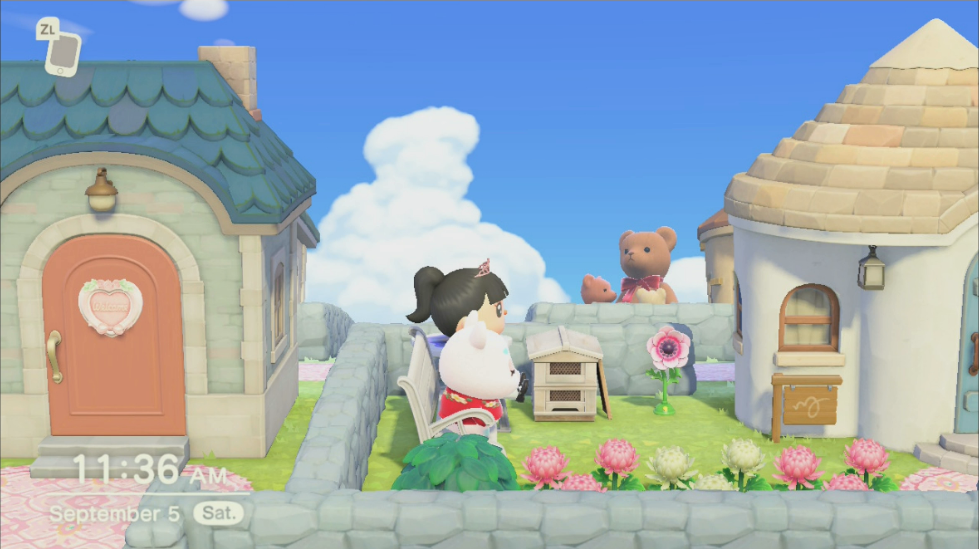 While Cherryblossom season is my favorite in the game, I do wish I could also have these clouds.

Regardless, this has unfortunately been how I feel playing ACNH lately:

It took me a long time to even put this entry together, despite not much happening, and a lot of that is a combination of when I missed K.K.’s concert and getting the last villager photo I needed. I don’t really have much of a reason to check in beyond hoping for specific villagers for certain Nook Miles things… And that’s when it kind of super dawned on me: The lack of control.

It’s so weird that a game that tried to give us so much freedom in terraforming has felt the most restrictive for me. I think it’s partially due to missing so many pre-existing items and never knowing when it’ll come but like… even the game’s achievement system. Cataloging is so much more convoluted now, for example.

But also just… everything with Nook Miles. While some are the same as they were for the medals in New Leaf, many become much more complicated with tool durability. I struggled a lot with the catching lots of bugs and fish. What got me through were days where I felt especially motivated and just kind of zoned out into doing them.

But I can’t do that in this game because eventually, my tool will break and I’ll have to either buy another or make another and maybe gather things for more… And like, even if I buy a whole round of tools, they still may break before I wanted to be done. It’s an exhausting cycle and completely ruins any kind of relaxing feeling I would have.

And like with K.K., normally I could just… go to concerts all night and visit friends after or vice versa and we could have enough concerts within like… a few weeks… but here, I would need to see every concert in about 2 years. I can barely find much of a reason to play daily right now, let alone for more than a year.

This even carries over a bit to other NPCs where you need to see several of them 20 times at least (you still need Gulliver 30 times for the golden shovel) to finish their Nook Miles thing. Gracie and Katrina were the only ones you still really needed to randomly wait for in order to finish something in the game, but Gracie only needed to be seen four times if you succeeded each time and Katrina needed 20 fortunes which is a lot, but counted your friends and other villagers and again, just… let you do more than just wait and hope. Not to mention actually knowing where to find them and villagers telling you much sooner if they’re around. Wisp is honestly my lowest because I don’t play often after 7PM and I can’t always manage to find him anyway. There’s also no guarantee he’s even showing up that day or any way to figure it out.

It’s like everything I want to do is forced into the mold of what they expect and slowly cranked out in the speed they want… A game that I felt relaxed playing and working towards goals suddenly feels heavy and overwhelming. I think this time completing my catalog will truly be my last goal for the game and that genuinely breaks my heart.

I don’t want to say this will be the last ACNH entry, but I do think it may be a long while before I really have anything more to say sadly.