I mentioned before that I wouldn’t really update until I felt I had something substantial to write. Lucky for us, today had quite a bit of it. Before we get to that though, I want to talk about some things up to this point!

To get it out of the way, the Halloween/Fall/October update video finally came out and if you’ve read my twitter at all, you’d know I’m one of the very few people who isn’t particularly hyped up yet.

I think in general I come off as really negative about the games sometimes, and I will admit that I feel like I’ve found more cons than pros, but the game is really special to me and I know I’m not alone with a lot of my feelings with all this.

As for my general issues with the Halloween Trailer… For starters, it’s hard to be excited for new items when my storage is crying. I have maybe 120 item space left tops and while I don’t expect to fill it up here, I’m still feeling a bit nervous every new event.

But Halloween has always been my least favorite Animal Crossing event and not getting any real information on what the event entails is terrifying to me. I’m not a Halloween person. I get scared incredibly easily and the closest I can get to horror is suspense/mystery types and even then, jump scares (or stealth segments in games) are just too much for me. I’m not only super jumpy, but the fear will retain with me for a long time and it just doesn’t end well. This is also why I have a zombie phobia (which does not help my feelings on the new reactions v-v; I guess they’ll get me closer to the Reaction Nook Miles goal of 42, but I need 5 more total so I’d still need 3 more after this…).

As for how I feel about AC’s events, I do not enjoy being chased under any circumstances, even virtual. Being chased in a game always gives me an unsettled feeling like someone is right behind me. It’s not fun and it kills really any enjoyment I can have. I have absolutely had friends help me out with Halloween events because I just can’t handle them.

And this time, I don’t even know what to expect. We know nothing. I get some people prefer no spoilers, but I need to be able to prepare, especially in this type of game where I already have used up all my island’s space and am at a total loss of what to do anytime something new happens and not knowing what kind of tricks could happen this time (especially after how they were in New Leaf) and just, ugh, I think the only thing I had after watching the trailer was an anxiety attack due to the amount of questions I suddenly had and no answers.

It doesn’t help that everything added isn’t even in the video and there’s a chance there could be something new they’re not even mentioning and just… with a real time game, the last thing I want is tons of secrets.

As thanks for updating though, we’ll be getting a Ring-con, the controller for the Ring Fit Adventure Game, which I guess is cool? But again, not something I really have any room for.

And that issue expands even to my favorite new item from the trailer:

And of course, the biggest issue and the thing I really hoped was scrapped entirely: Farming. I’ve gone into my issues with farming in games before and the general crops and watering and harvesting being my least favorite parts of Harvest Moon games (the irony isn’t lost on me), but just like crafting, it feels way too convoluted to me to be part of this game. They’re just trying to pack too much into it and at the same time, the game itself feels almost empty– it just doesn’t have as much heart to me this time around.

I do have one small area I can probably repurpose for the Pumpkins– the little soil plot right near my crafting-patio after in front of my house, but whether that’ll be enough to really manage to grow a bunch of recipes or not… Even though they grow year around, I feel like it’ll be a slow process.

Regardless, the update comes out in about 66 hours time so I just need to hope for the best.

Moving on, another as close to full as I can get K.K. Slider concert.

I haven’t seen there ever be more than four villagers at one outside the mandatory “yay we made our town popular enough” concert.

Flurry and Mira had a fight so Mira gave me a gift to give to Flurry. I managed to catch her before she went to sleep.

Flurry gave me her pajamas in return… but I couldn’t let her go to sleep in a Figure Skating dress so I gave them back to her. Please sleep comfortably, Flurry.

For the most part, I’ve had conflicted feelings with plants on the beach (and really only ended up with some as so many people held pink flowers for me and not only would I feel bad not keeping them, it was also good to have extras incase of any problems and sadly, it wasn’t possible to store any this time around), but something about how these looked I felt was kind of cute and Ocean-y so I put them near Seashell Rock. 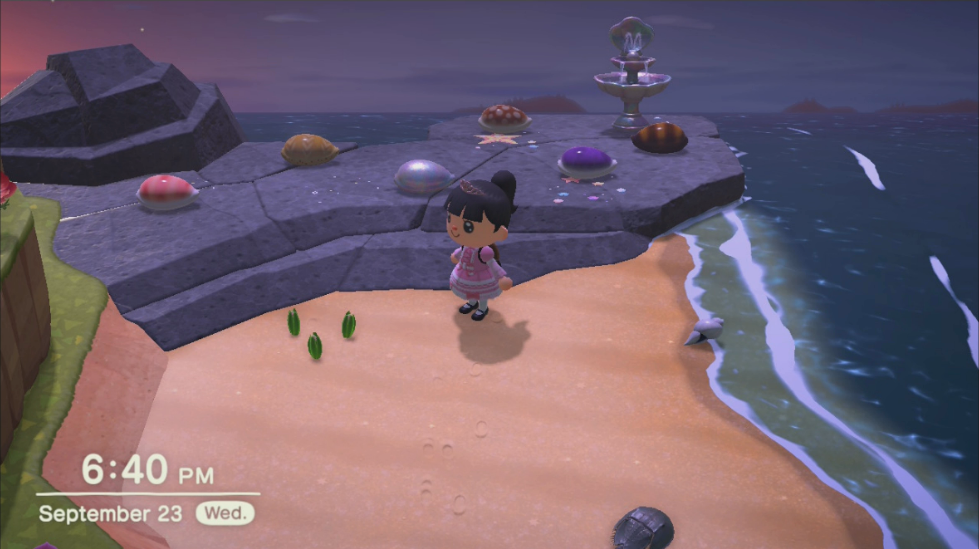 Meanwhile, Merengue and Maple had also gotten into a fight. Merengue ended up getting Maple a Bottled Ship which was nice. 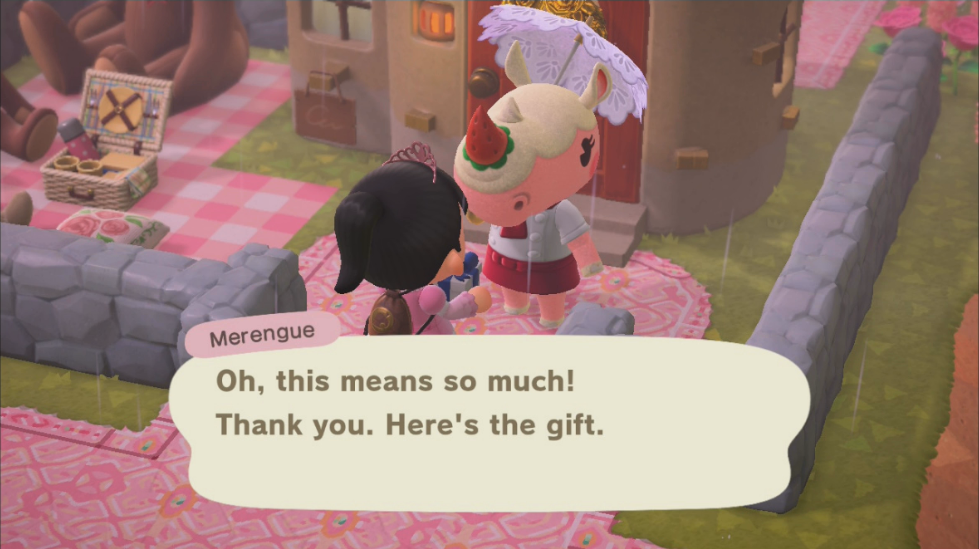 I don’t have anything in particular to say about this next picture… I just kind of liked it. 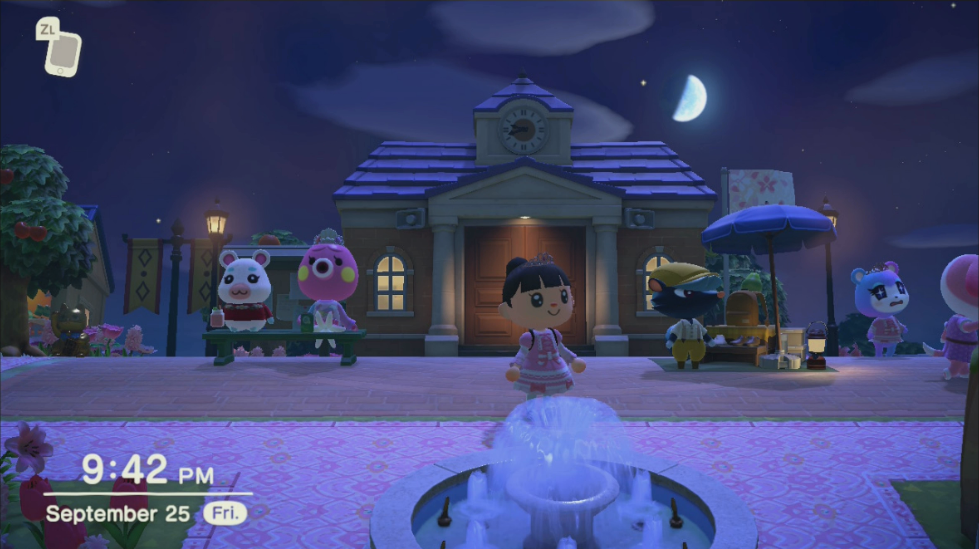 But finally, the main event of this post and to also tie in the days before, we had two special events today… Teddy’s Birthday and the final Bug-off of the year.

Villagers were definitely more nostalgic about the Bug-off than I expected. 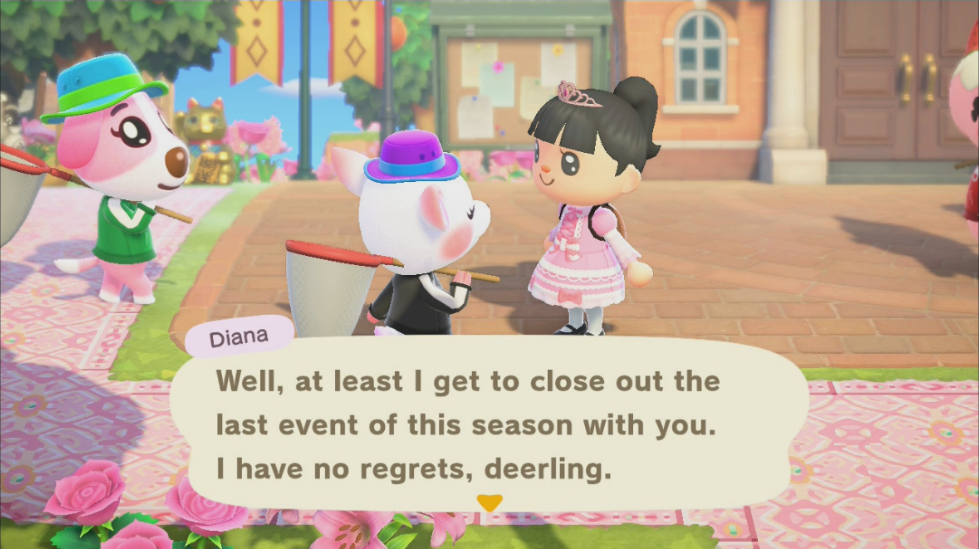 I then made it over to Teddy’s for his birthday! I was actually really surprised to see Peanut celebrating with him. I didn’t realize they became such good friends already. 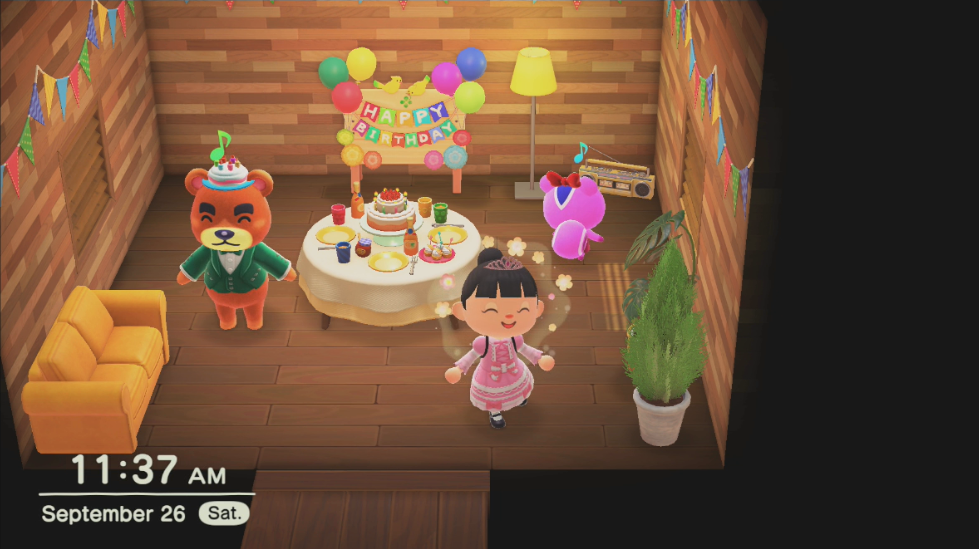 The big focus otherwise lately though has just been Cataloging. I’m officially down to only clothing left and thanks to Leo, Sami, and Madison, I have less than 1,000 clothing items left to go.

I’ve mentioned before that cataloging this time around is really exhausting, especially Able Sisters, but it’s been really nice being so close (even if it’ll go back up once the update has hit) and I’ve been doing my best to do my part too. 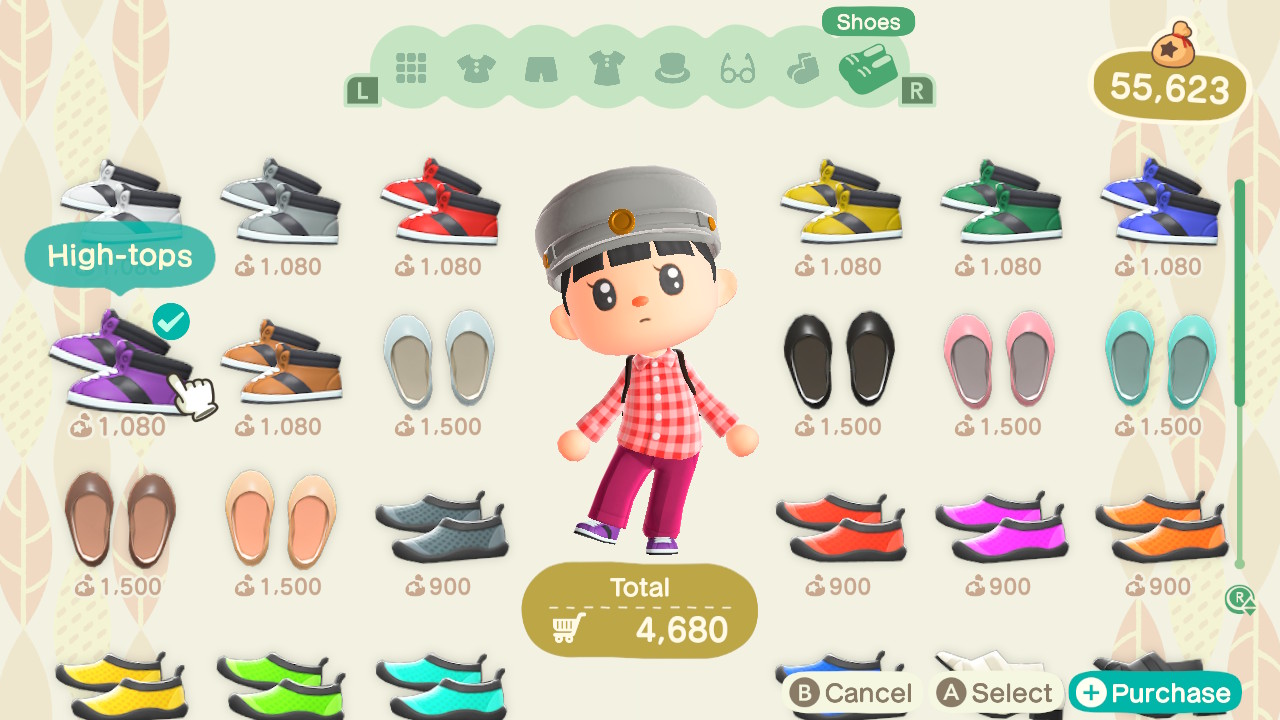 My next entry will likely either be the evening of the 29th or October 1st depending on how much is available as soon as the update goes out. Maybe even both if there’s enough, but I don’t expect another update until maybe mid-October at the earliest and/or Halloween at the latest. For now, I’m just going to hope I get Leif on Tuesday so that I’ll be able to get Pumpkins as soon as the update goes up @-@