So, it’s been kind of a whirlwind the past few days with me very focused on cataloging my heart out. It was really important to me to try and get as close to done as possible before the update. That might seem silly, but I find it a lot less stressful if I can just focus on new things and not feeling like I have to catch up on everything else.

So, I went pretty extreme. Besides getting help from friends, I also stopped by many other islands for cataloging.

And even a visit to a poster island. While I have all the Amiibo cards and AC Amiibo, I still have no idea when we’ll manage to unpack them and I just wanted to have it done.

I was too enamored with the horse stable to take a picture actually cataloging. It’s one of the things I actually hoped to do (similar to an area in one of the houses I had in New Leaf), but couldn’t due to lack of room.

I ordered Celeste’s right away and then put hers and Phineas’ posters up: 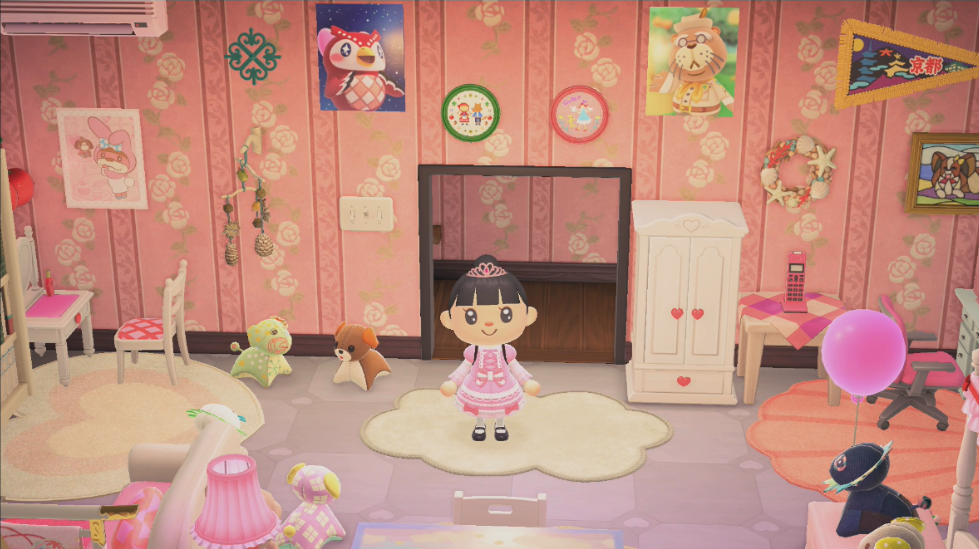 After the giant feat of cataloging, that left me with just New Year’s Hats and New Year’s Silk Hats left and I was okay with that. I knew those would likely be able to be gotten New Year’s Eve/New Year’s Day and I didn’t mind waiting.

Finally, the 29th arrived. I had Labelle so I had to put on another Theatrical outfit. 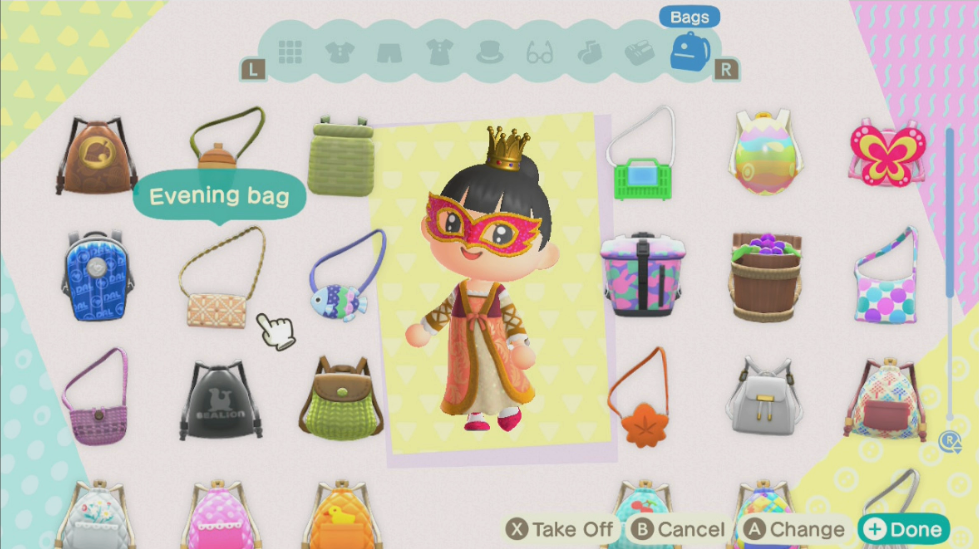 I have all of her stuff cataloged now in every color so I hoped maybe she would say something different or give something else, but it was just as if I hadn’t cataloged a single thing which was kind of disappointing.

The update hit that evening and I got my Ring-Con… and pretty much nothing else.

To be blunt, there wasn’t anything to do. Nothing new to spend Nook Miles on. Nothing in Nook Shopping. No Pumpkins. No anything. Even those who had Leif had no pumpkins yet despite Leif selling them “all year”. Essentially, the patch was in, but everything was frozen until October 1st which was a bit disheartening.

I didn’t expect much to be around. At most, maybe I could trade in the Nook Miles, get some Pumpkins from Leif, and start checking for new Halloween DIYs as it is close to Halloween… but no.

Thankfully, someone did let me visit their town to get some Pumpkins from Leif.

While I wasn’t surprised that the colors would be random, that didn’t make it less frustrating.

Regardless, I relocated my flowers to near my beach cafe and got all my pumpkins planted.

The 30th at least also brought in some nice new stationery.

And, at the very least, I got some DIYs while visiting friends. And even got to catalog the Halloween clothing. The glory of timezones. 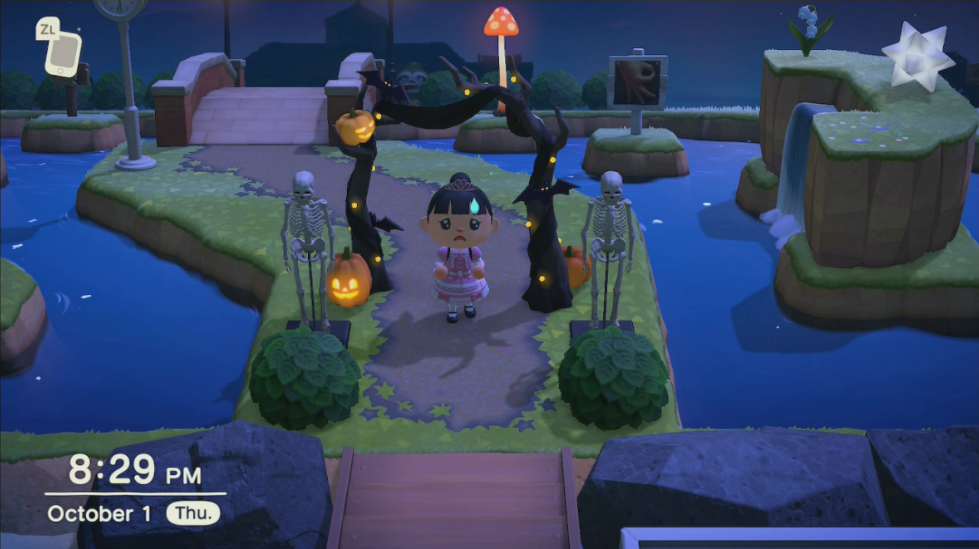 I had a lot of fun especially in Zed’s town. It was really nice visiting.

Unfortunately, doing the math, I need 88 Orange Pumpkins to make everything… And who knows how many of each color pumpkin after to refurbish everything in each color for cataloging purposes.

It’s especially frustrating as all I have is this tiny plot and honestly, I might want to keep one of each color which then takes my 16 to 12 at a time. I don’t know how long they’ll take to grow.

Then we have the whole Candy situation where you can only get one a day [per person per island] when who knows how many you may need at the end. We can’t guarantee that we’ll automatically get what we still need so we could need more than the minimum amount and it’s just kind of stressful. I don’t always have as much time to play as it is.

I think right now my main focus will be trying to get the Villager DIYs ASAP and hoard tons of candy and pumpkins. I don’t mind waiting until Halloween to get the final DIYs, but I wish I had a better idea of just what those are (as I’ve heard conflicting things) and how much candy I’ll need.

I hope to at least get plenty of pumpkins too…

I’ll likely buy each item that shows up in the Nooklings’ Store too even though I still will need to craft it for the completion checkmark just to at least have them cataloged sooner. I just hope everything will go smoothly.

Leo let me have this Pumpkin Tower though and I did my best to find a nice place for it… It’s one of the few items I like and I think it looks kind of interesting here. Not sure if I like it facing forward or not though.

For one, we had a letter from Jack with a portrait of himself. 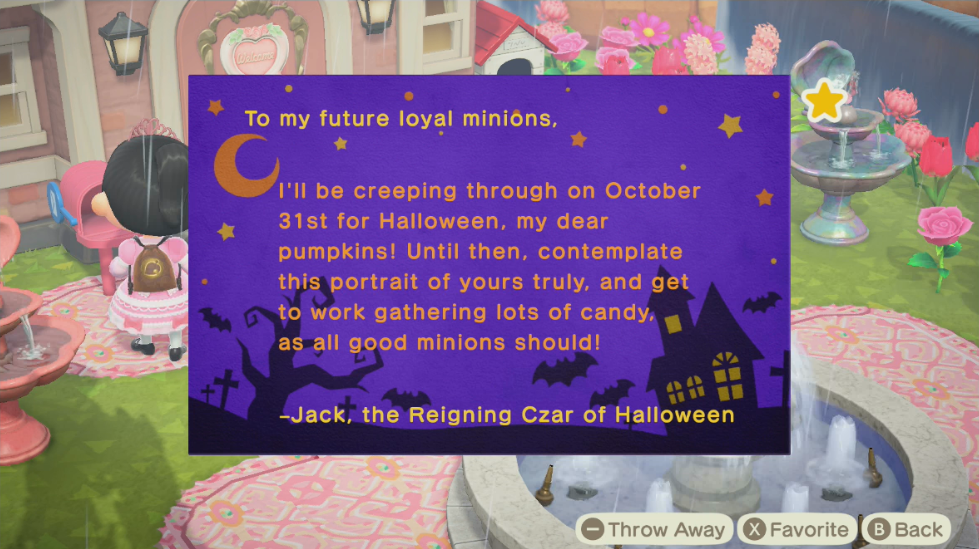 And then we also had a letter from Nook Inc. about the new items available for Nook Miles. 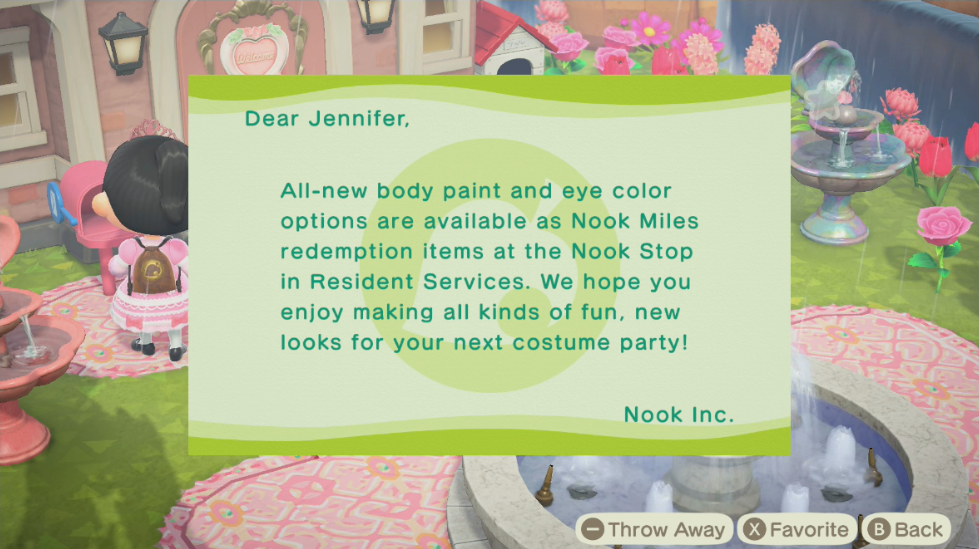 Meanwhile, I had made a poll on Twitter about wearing a costume in New Horizons and wearing one all October won with 3x more votes so my character’s Halloween costume: 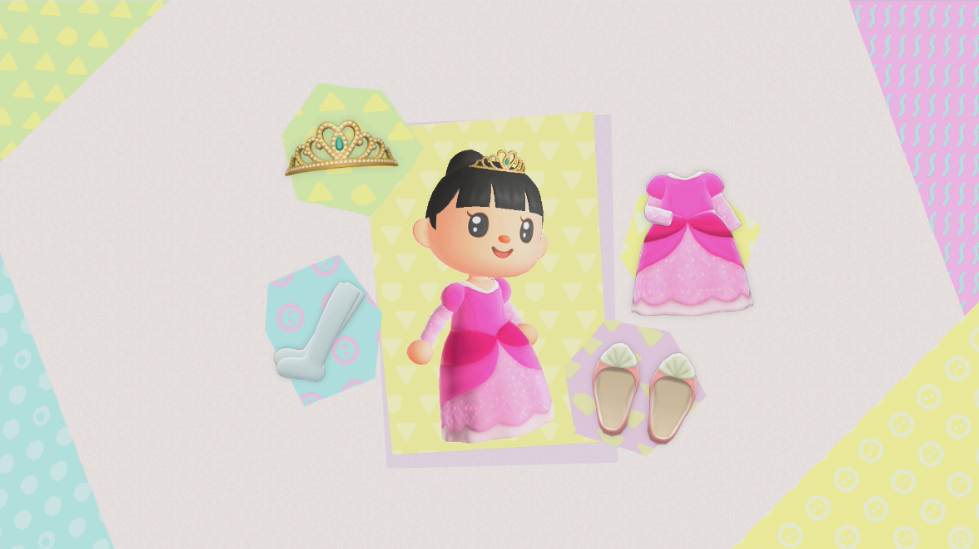 My pumpkins also started growing! But still no idea what colors I managed to get just yet… 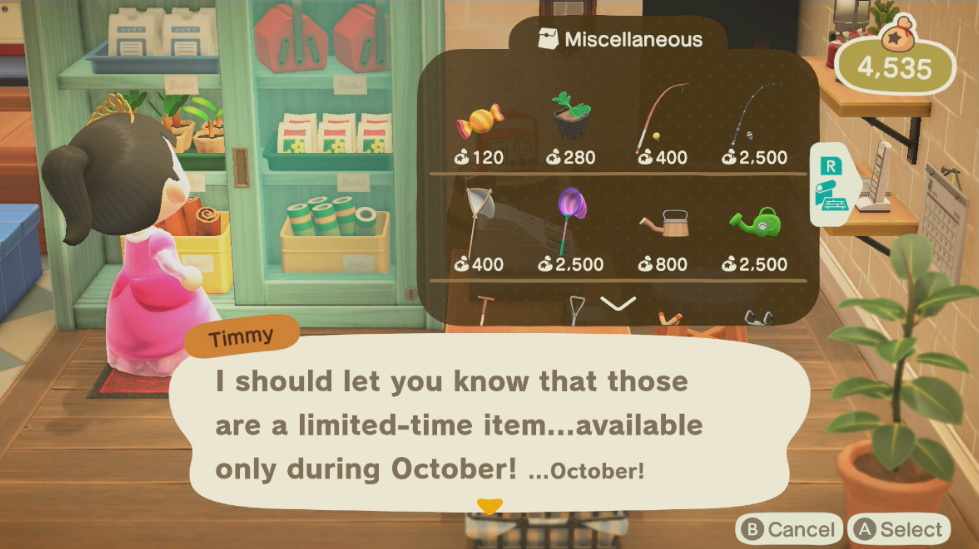 I then headed into town and it was really neat seeing how Nook’s Cranny switched from general pumpkins to full on Jack-o-Lanterns and just becoming more Halloween-y as a whole. 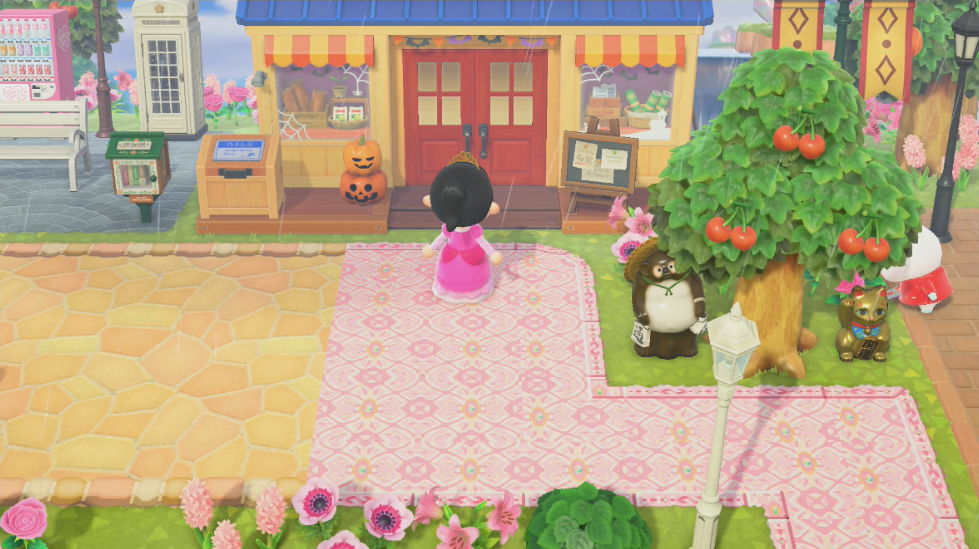 I quickly went to buy some Candy and also went through their Pumpkin spiel even though I won’t be buying any right now. 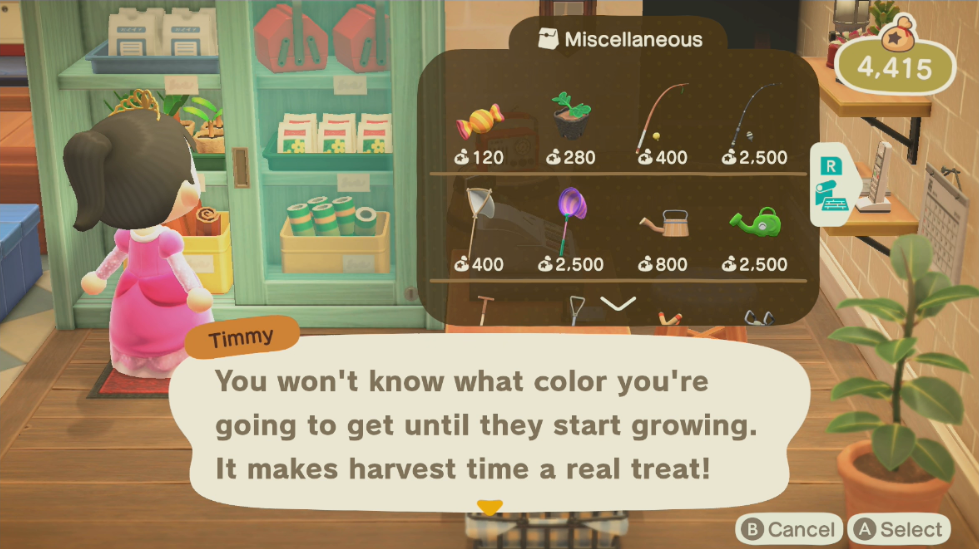 I then stopped by the Resident Services Building to get the new face paint and eye colors. 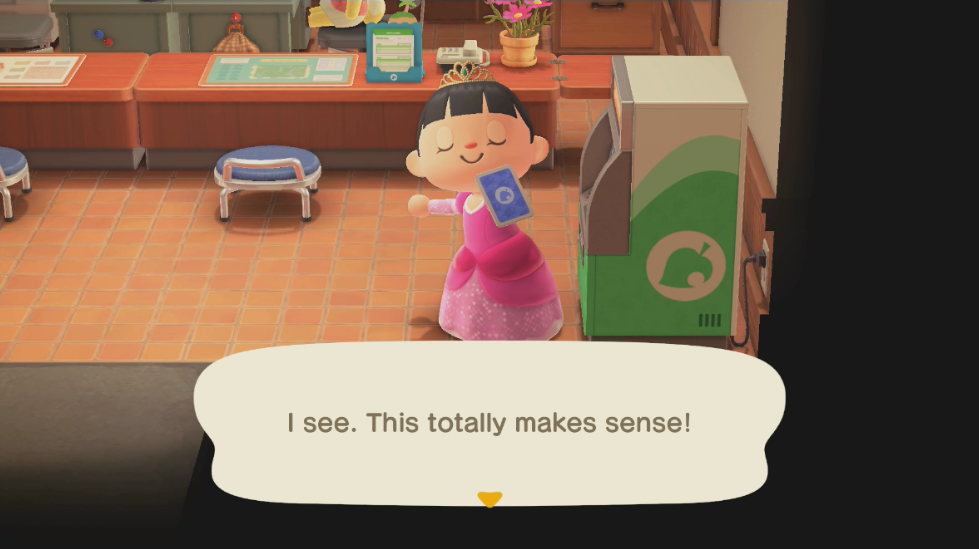 I don’t actually have any plans to use them, but I just wanted more things to spend my Nook Miles on (MERMAID FENCE WHERE ARE YOU…). If I did use it, it’d probably be for something like this: 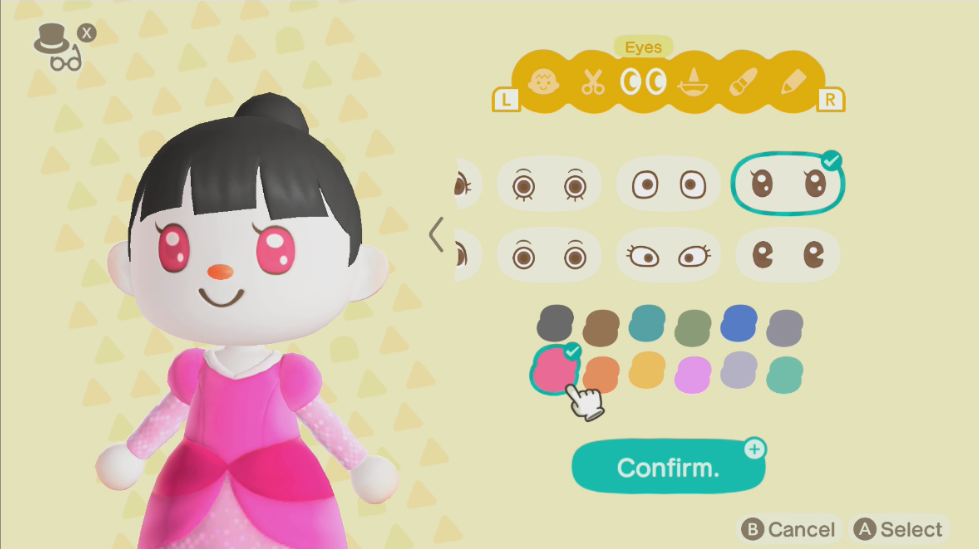 A bit too spooky for me though.

Meanwhile, Marina was making a Spooky Scarecrow. My first Halloween DIY from my own town! 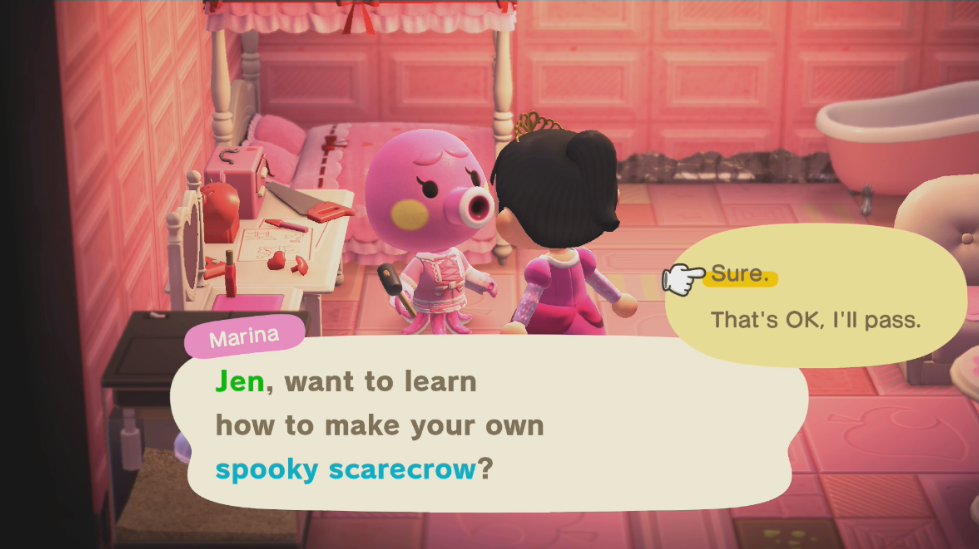 And with that, it was time for extreme DIY Stops. I’ve mentioned before that part of the reason I focus down on DIYs first is because they tend to strike a huge hit with the whole “fear of missing out” thing and even though I know a recipe will show up again, I will absolutely get in a cycle of “oh no I missed this and I will never see it pop up again” so I tend to go pretty hardcore and in order to keep some sense of sanity, it’s just best to get it done ASAP. Thank you to everyone who let me stop by! 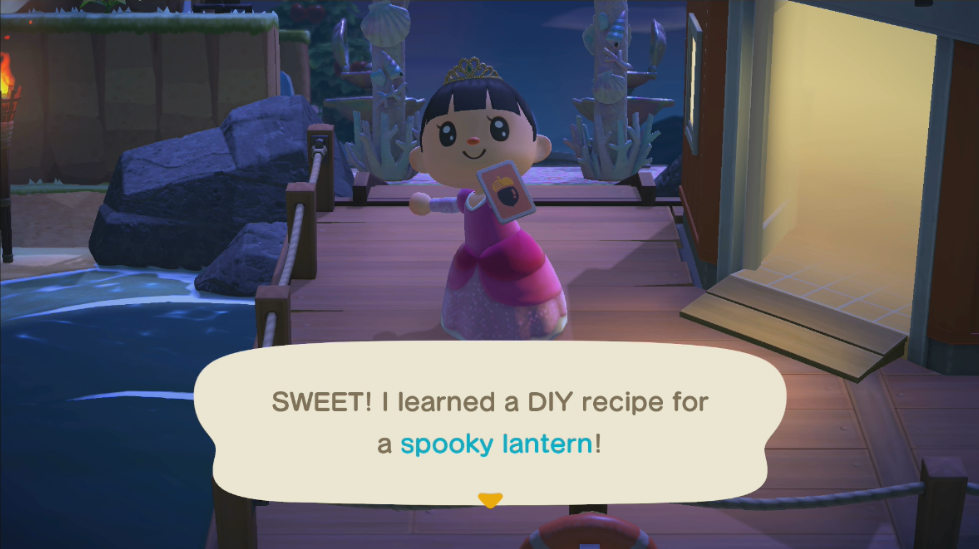 Now the only DIY recipes I have left are the ones I won’t be able to get until Halloween. Based off calculations, I’ll need at least 12 Candies and 4 Lollipops, but it really depends how it all goes… So the more candy, the better.

And with some lovely pumpkin contributions from Leo, I was able to make all the recipes I can so far. I even ended up placing some around.

I did end up switching the Orange Pumpkin on the Lantern Set to a Yellow one though: 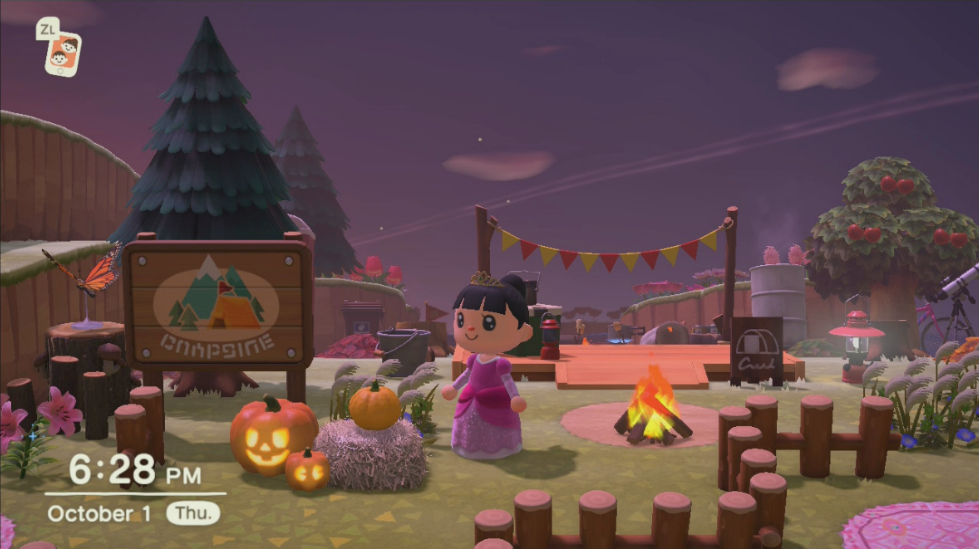 I moved the Orange Pumpkin and also placed a white one.

And my favorite of the new items, the Sweet set which I moved some things around for to place.

I also worked hard to find a nice place for the Pumpkin Lantern as well. 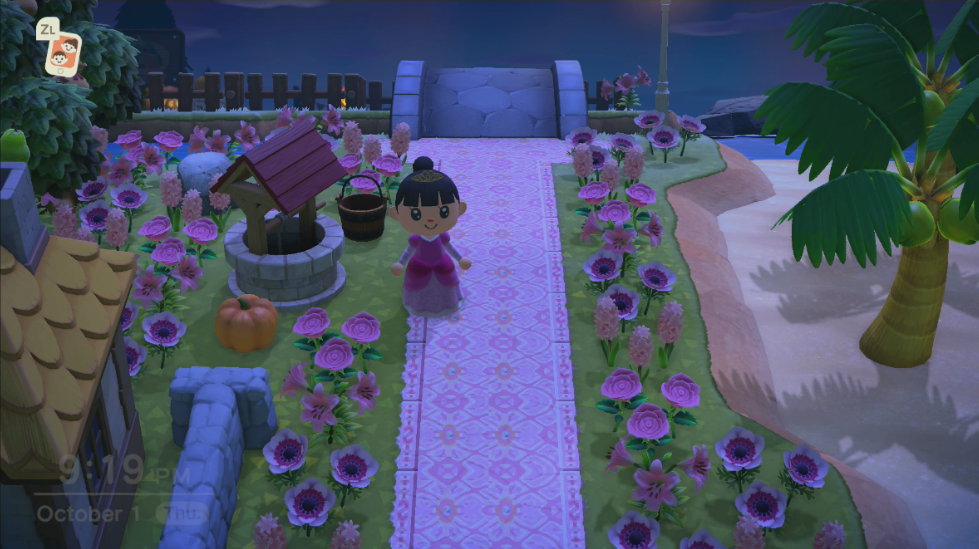 I still need about 40 more Orange Pumpkins to make the Halloween DIYs though. And around just as much for all the recoloring for catalog purposes… But at least I can just focus on the Pumpkin growing and saving Candy for Halloween. It definitely helps make things a bit less stressful for now.