With November finally hitting, we got a new letter from our mom. She actually gave me my favorite version of her kitchen mat which made me really happy. I ended up putting it outside the door to the kitchen.

I also noticed new plaza activities. I’m not entirely sure on the barbecuing in November (though, I do love barbecue), but running through leaves is always fun.

Peanut also finally let me give her a new catchphrase, finally getting her to stop using Teddy’s. Peaches is an ode to her Japanese name. 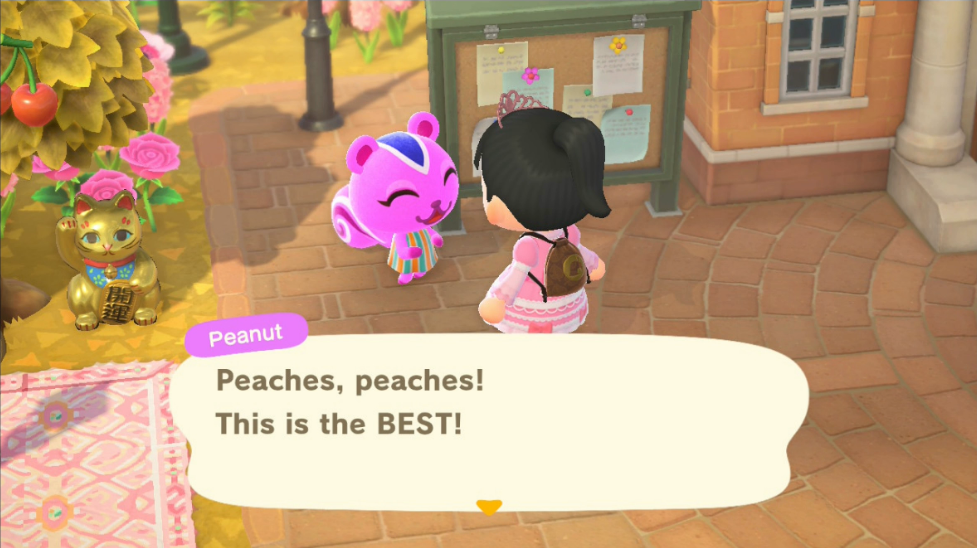 I’ve also been continuing my K.K. concert going and I really can’t say enough how much it kills me that listening more than once or listening at a friend’s town doesn’t count.

100 was fine when we could just listen to a bunch of songs in New Leaf, but it’s ridiculous in New Horizons. :(

Regardless, the update was finally here and I was actually kind of excited because… NEW STORAGE. Also with what I saw of some of the new items, it’s hard to not be excited. And I do love the Yule Log. I did end up putting the cupcake back, but it’s still pretty. I also made sure to customize it too… and order two more so I could have the original plus two additional colors.

And of course, after taking care of the Yule log, with the heads up from the mail, I quickly made my way to Resident Services. 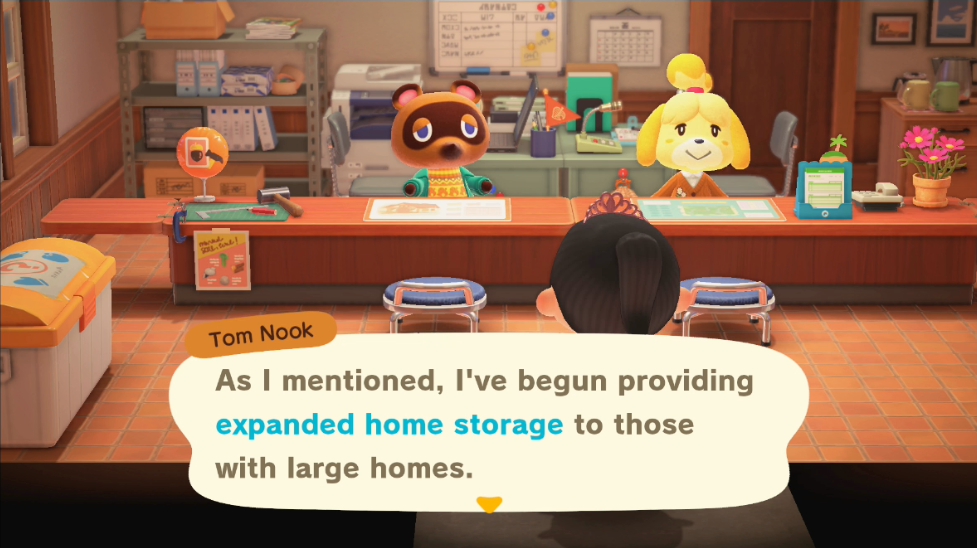 It takes 500K though and you need to have that in your inventory so since I had to take bells out anyway, I also redeemed some Nook Miles for the new reactions and hairstyles. 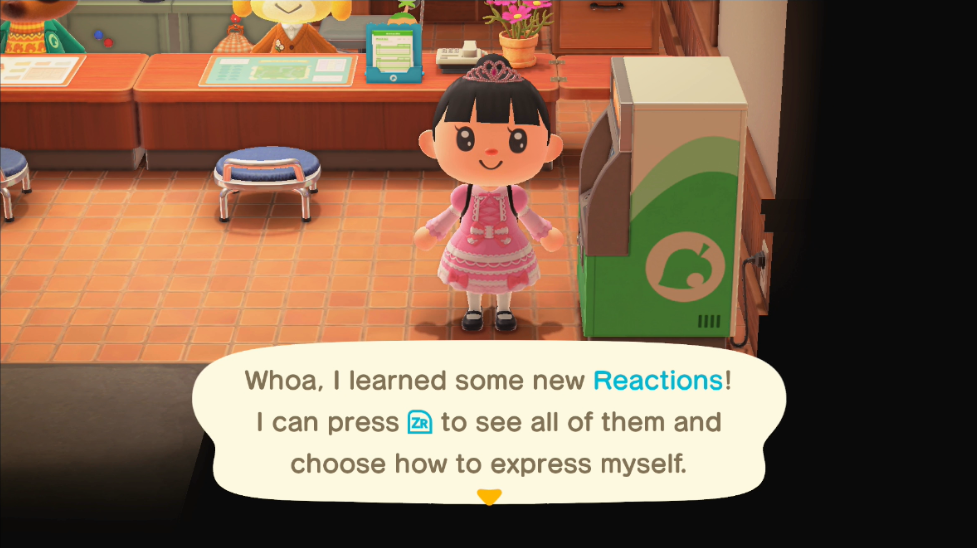 With 500K now in my pockets, it was time to upgrade my storage. Unfortunately, I’d have to wait until tomorrow when it’s ready.

On my way back to my house, I couldn’t help but enjoy the falling leaves and all the colors. I haven’t played too often in Autumn for a handful of reasons, but I always love all the different colors.

I also have to say I love the new reactions so much.

(Not picture: The sniffing one)

I haven’t really caught my villagers sitting around, but I’m having fun plopping around wherever regardless. 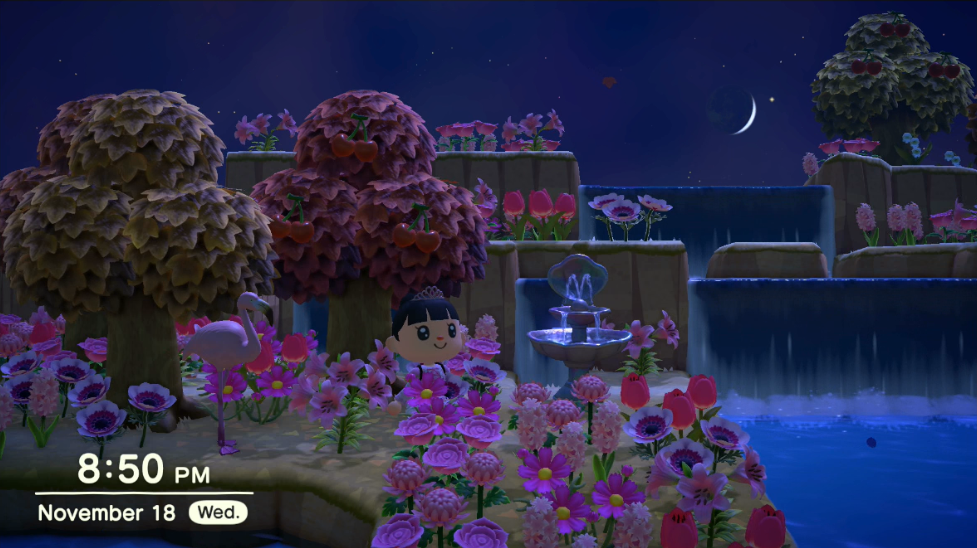 And thanks to Zed, I got the Pocket Camp phone case right away. 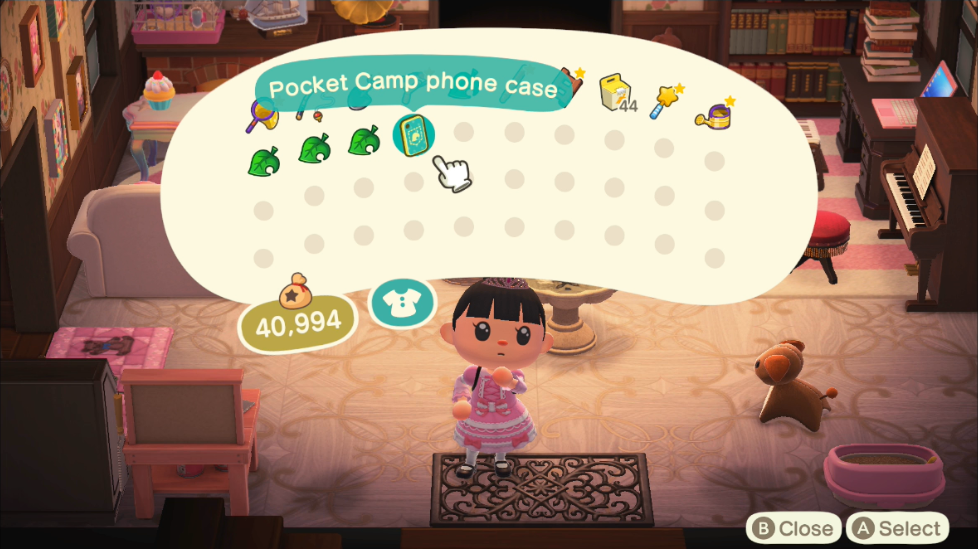 I had decided to check out the Random Dream Suite option now that it was back along with adding my Dream Suite to the pool (Though, I have since re-updated it with the usual time due to having to update to add it). Luna ended up taking me to a dream of Númenor.

The next day, I got a letter letting me know that the Storage expansion was complete! 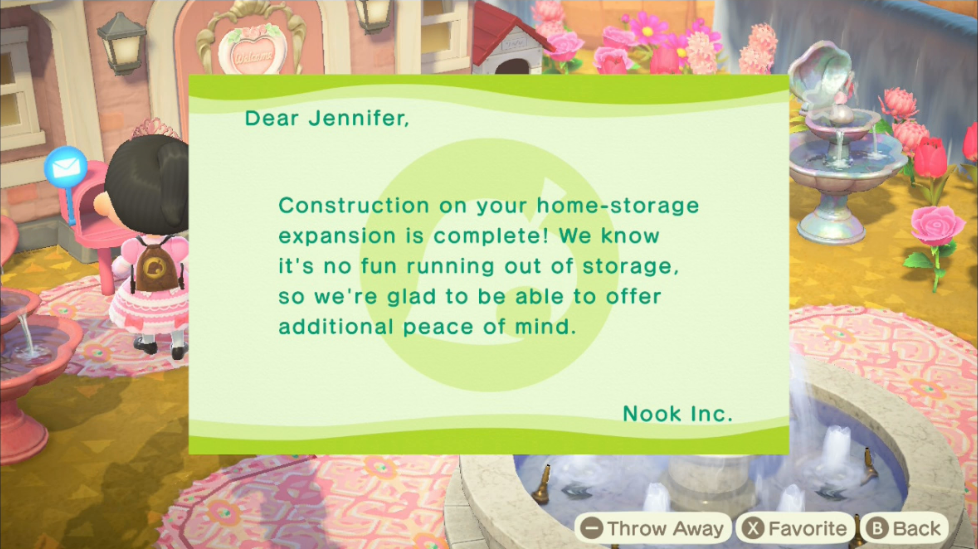 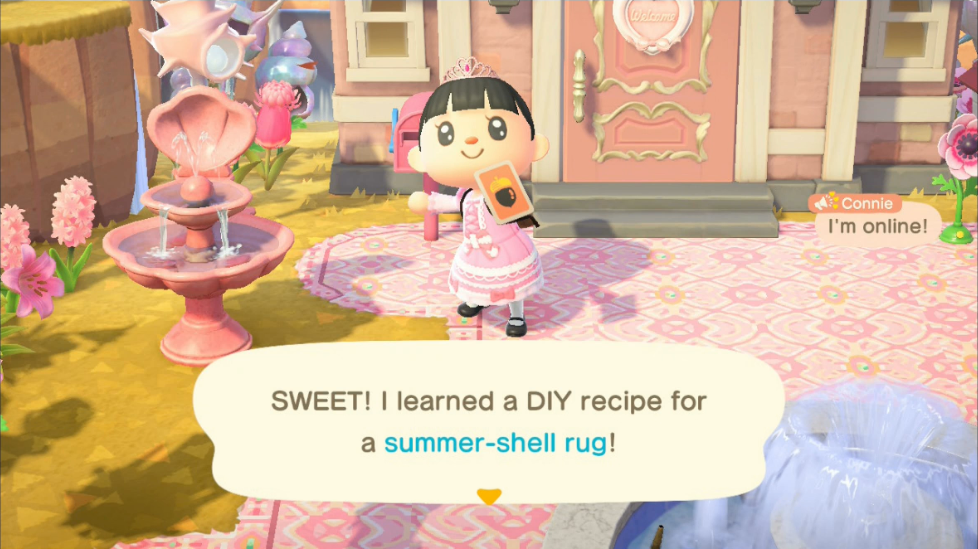 Finally, today, I ended up taking a visit to the official Nintendo island, Ninten, after the Dream Address was finally shared. I was kind of surprised it was sort of… empty for the most part, though still nice.

There is a whole area still clearly under construction though so maybe they have more planned, especially considering we’ll have Mario items next year.