So, for those of you here in America, Happy Thanksgiving! I still don’t fully understand why they decided to change the Harvest Festival to Turkey Day, but here we are.

There was a notice on the Bulletin Board confirming Turkey Day’s date incase of any doubts, though, I’ll admit the stationery used felt kind of odd– not Fall enough, but I suppose it’s accurate for the Southern Hemisphere.

The Villagers were also excited for Turkey Day being close by. Also being able to sit on the plaza and listen to villagers singing is really nice.

Due to the fact that Thanksgiving is pretty crazy here and my family cooks a lot even when we’re not really having anyone over due to the pandemic, I knew I would be really busy this week so I did my best to get everything in advance.

Cookie also asked for a new catchphrase and since she had been using Flurry’s for a while, I ended up just giving her Biscuit because I couldn’t really think of anything. 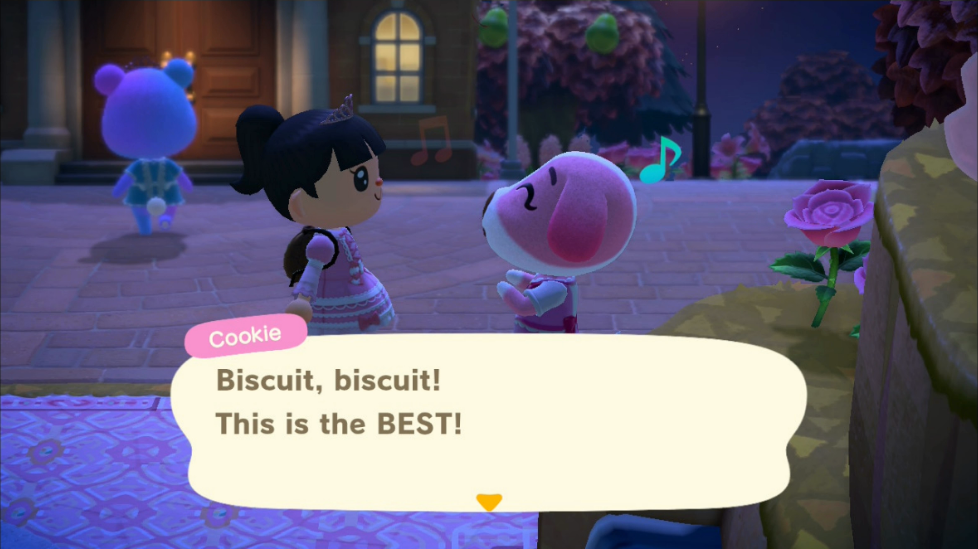 Finally, Turkey Day was here! I always love when the Plaza decorates.

Franklin was our honorary chef. It’s crazy to think of how much this event has changed over the years.

Regardless, it was time to get cooking. 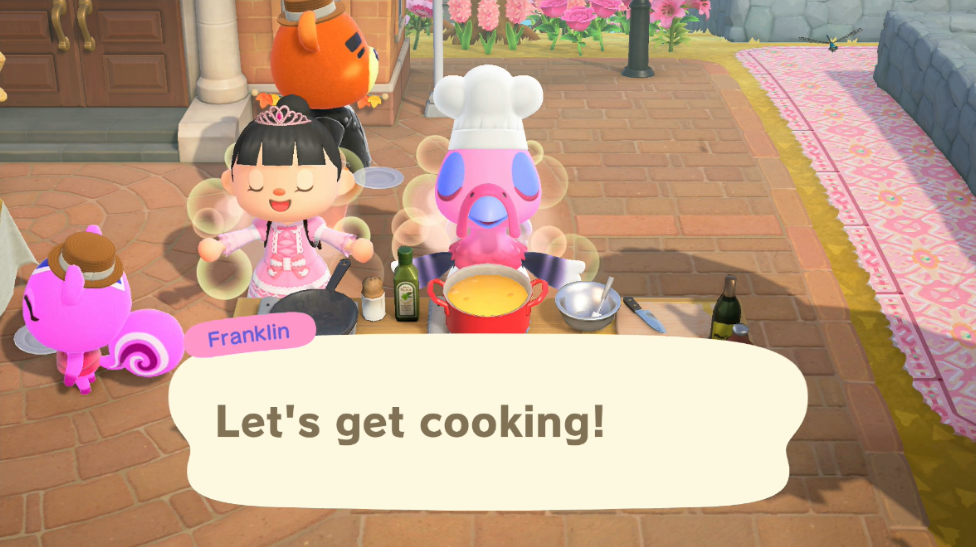 First up was Clam Chowder. 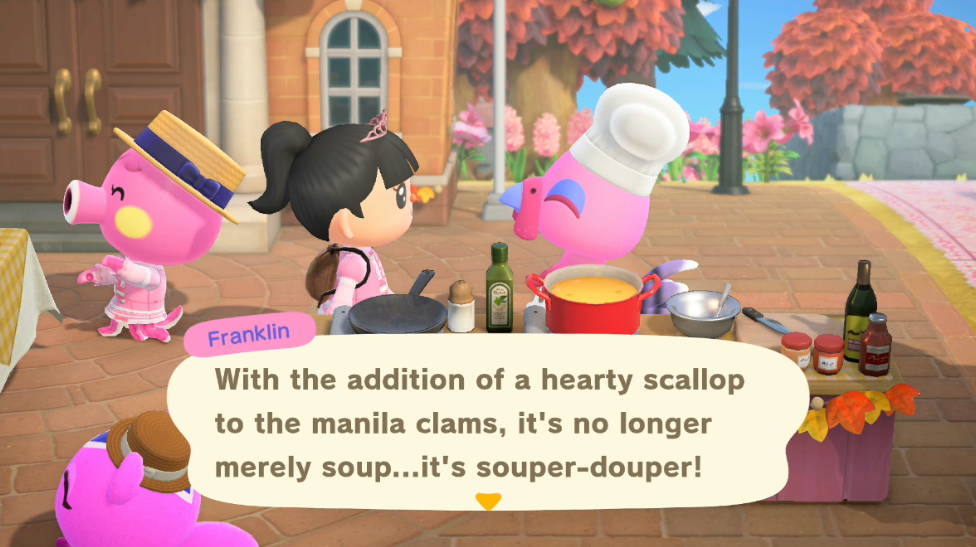 Second was the Pumpkin Pie (why is this second though….).

Third was the Gratin.

With that, we finished off the regular dishes. 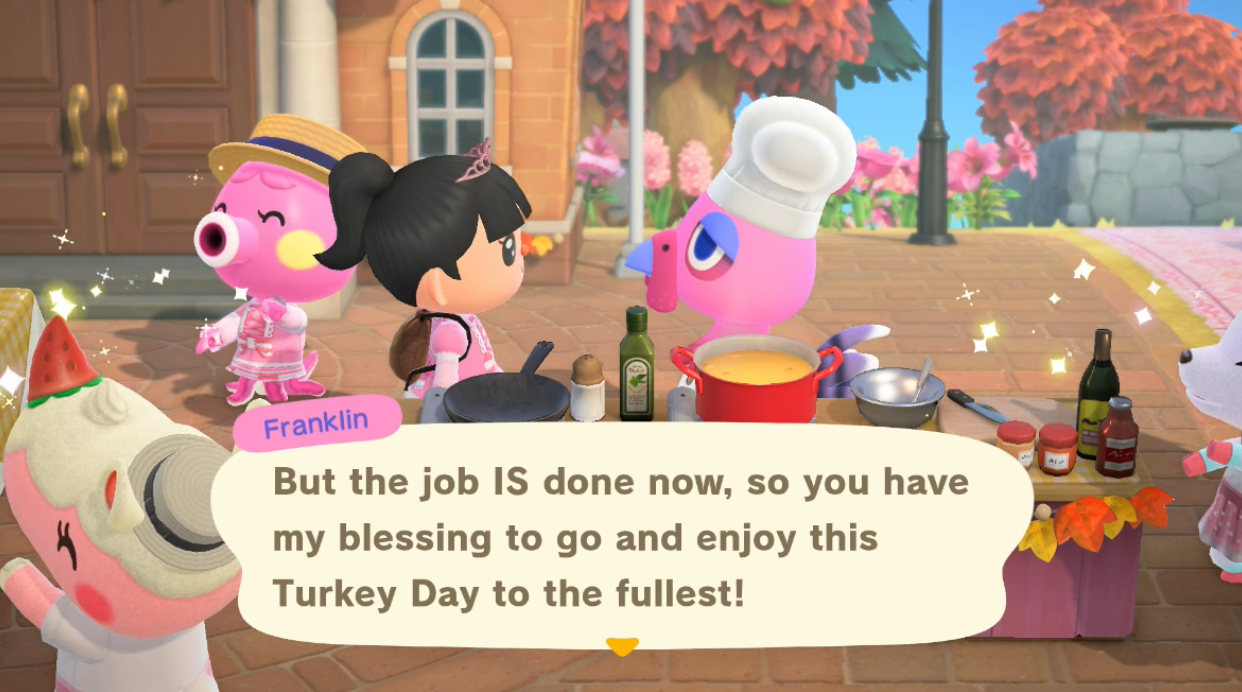 Plus the Secret Ingredient versions. 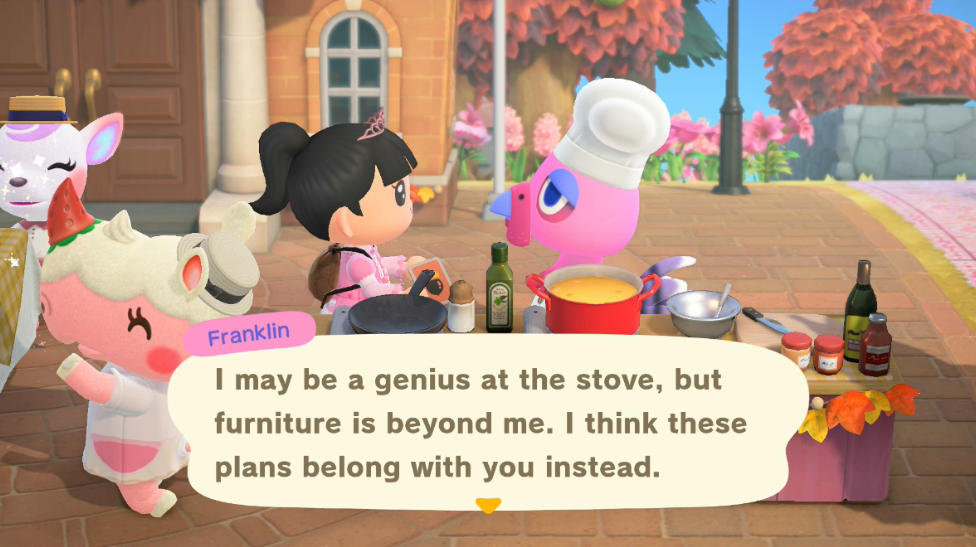 I loved seeing the tables filled with the dishes. I’m just bummed we couldn’t actually get a version of the dishes to keep too. Even if just like “individual” versions.

I would say the not getting to keep the food in some way was one of my two biggest issues with the event– the other was everything about how the Secret Ingredient was handled. Ironically, the one item you got for getting all the Secret Ingredients was the item you got for just finishing all the food with the other just finishing items to be unique. Getting any of the DIY furniture plus the DIY Recipes required doing all the Special Ingredient stuff, though if you didn’t bother, you can just buy them at the Nookling shop starting tomorrow. And that’s fine.

My issue is mainly HOW you got the chance to give them. Rather than being able to select them right off the bat, Franklin would notice it after he already stated the next dish and then just… make the previous dish again? It was just really awkward and honestly kind of stressful as I kept worrying I messed something up.

I’m glad I finished at least. Also some of my villagers in their Chef outfits because I didn’t get to trade with any of them since I got everything out in advance. 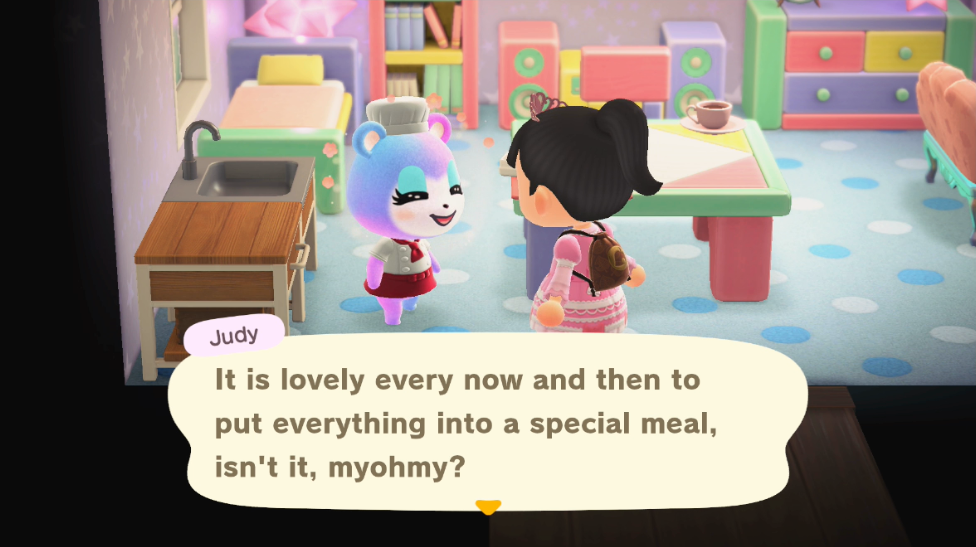 My favorite item was easily the Garden Stand. I immediately put some into place.

I’m hoping to go over my town a bit more later or tomorrow incase any other good places for them come to mind. I have a few ideas at least. Just hope I have enough stone.

With that, Turkey Day came to an end… Well, technically it’s going until midnight, but it at least came to an end for my time with it in-game.

Of course, immediately after finishing this, I had to help with continuing to cook for our own personal Thanksgiving so no break just yet… But with it all done, maybe I can take a small break.