It’s so rare for me to feel so many thoughts about a demo I actually need to write about it, heck, I’m not entirely sure if that’s happened before, and yet here we are. I played and essentially finished (I say essentially as there’s definitely some other things I could probably try to do) the demo and to be honest, I have no idea how I feel about the game. Some things I liked, some I didn’t, somethings I’m really intrigued… but hey, I’m writing this entry for a reason so let’s get talking about it.

One of the really nice things is having some different options for the main character. It’s always nice actually getting to play a female character, especially when there’s an option that I can relate to (Too often the only light skinned option will be locked with blonde hair and blue or green eyes or at best, light brown hair and still usually light eyes). 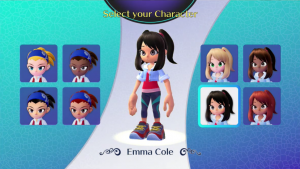 We then immediately get into a cutscene featuring the character we chose along with their counterpart? The male’s name is Leo Craig while the girl’s is Emma Cole so not entirely sure on the link just yet. The beginning actually varies slightly depending on who you pick as well. 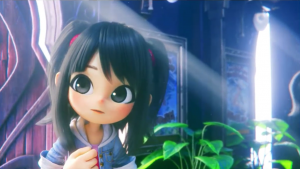 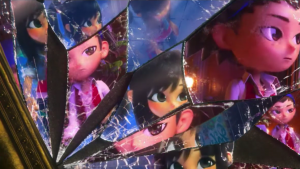 It continues to switch between the two as it goes– even your very first Tim varies. 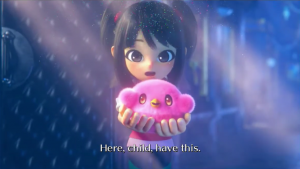 And if there’s one thing I can give the game: I’m so curious about what the heck is going on. It absolutely pulls you in with whatever the mystery is with the story and the exact connection between the two characters and why.

Unfortunately, the intriguingness of the story doesn’t carry the somewhat frustrating gameplay. I’ve also never considered myself a graphics person, but it felt like a complete 180 seeing the difference between the story cutscenes and the actual graphics during gameplay (the first screenshot being the area with your Tims and the second being an actual level). 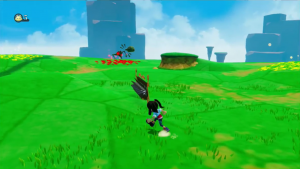 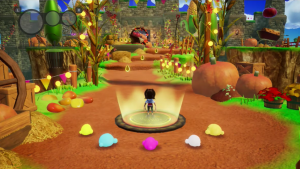 An odd thing that happens through the levels is outside of enemies, any other kind of NPC will fade out of existence if you get close. It’s incredibly unsettling, but also just adds to the questions of what is going on. The first boss is the Farmer from Act 1 of the first Chapter who disappeared in the level having been taken over after a crazy tornado.

After defeating him, he manages to get back to his senses and then there’s… suddenly a dance number? 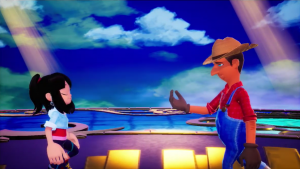 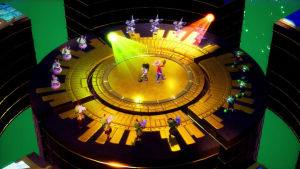 I’m not sure if I’ve ever been so curious about how the heck a story unfolds from a game I really didn’t enjoy playing as much as I hoped since like… Doctor Lautrec (still curious how that ends but apparently so few people bothered playing it T__T).

Anyway, I did say I had an issue with the Gameplay which I’m going to get to now– if you notice those… interesting creatures who are your back-up dancers in that dance number, each of them has a power-up associated that you unlock through crystals.

There’s over 80 Power-ups apparently (not all in the demo, obviously) and many of the levels feature certain paths or collectibles that are only possible to get with a later power-up. The main issues are:

In general, I think power-ups are something I’m kind of tired of in the first place. They often feel gimmicky and while I’m used to them in some series (like Mario or Kirby), my biggest problem is really when stuff is locked behind certain power-ups.

I really hate back-tracking. I don’t mind it if it’s not super far or anything, but not being able to take care of something back at the start of a game unless you got it later (Exception: If it’s super quick/easy to get to, but even then, I think the only time I haven’t minded as much as I could is with the Sonic games and I think that’s partially because it felt mostly optional– it was usually just to get something special for Chao) is just… exhausting to me, especially if it’s a level I didn’t enjoy.

And just, especially if you have to like… perfectly keep these things with you and hope you don’t get hit or accidentally die which I did a few times due to wonky camera or feeling like my character was sliding when I didn’t want her to, it makes it all the more stressful and frustrating. Imagine if you got a power-up from a later level and head back and then just… don’t manage to get where you need to and no longer have it and have to essentially fully quit out and go back? That just isn’t fun to me. And knowing there’s so many power-ups and I got frustrated with just the few in the demo doesn’t really bode well for the rest of the game.

The thing I honestly had the most fun with, besides wondering about the story, was actually the whole area with the Tims. Building up the giant Tower o’ Tims which was essentially a big Rube Goldberg machine was great: 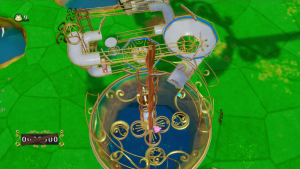 I really want to know how big it can get in the full game.

The only thing I’m sad about with it is it seems you can lose some of your Tims as while I had 10 at one point, I had only 7 by the time I finished with the demo :(

Regardless, I’m really curious about how the story unfolds… But I just don’t know if I’ll ever get around to finding out myself.