March is finally here and with it comes brand new Mario items plus a pie for Pi Day! Thanks to friends in time zones where it hit March 1st sooner though, I got to enjoy those items on the last day of February which meant I could work on setting things up sooner for one, but also maybe help lessen the anxiety where I’ve thought it was Monday for like the last three days.

Peach’s dress is really cute. I don’t think I’ll wear it over my usual attire, but I still like it and I’ll at least be wearing it for a bit later next month… 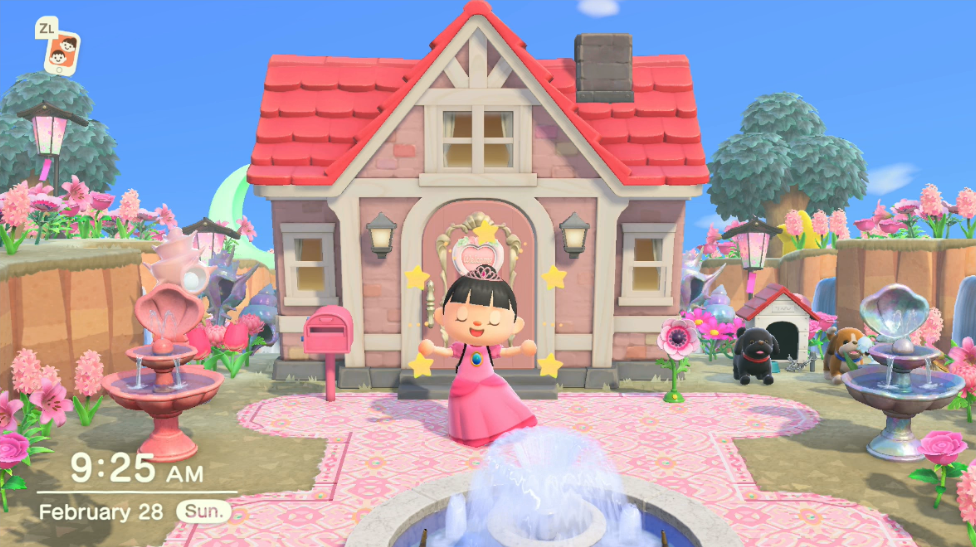 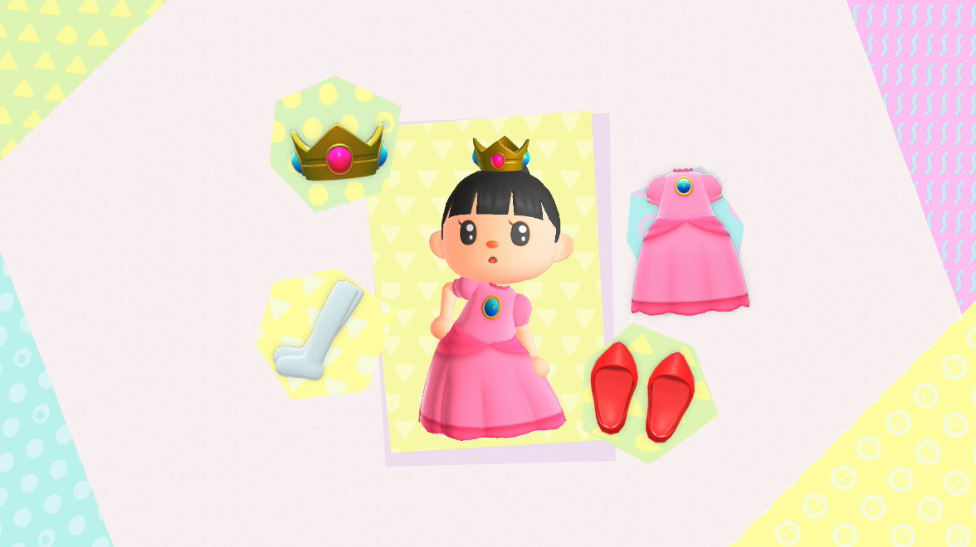 I do think Peach’s crown looks nicer than how the regular Crown looks this time around. Not super big on the shoes though and it’s kind of sad the sound effect doesn’t happen while getting dressed through the wardrobe, but oh well.

I really can’t say enough how much I wish rooms were bigger. I’d love to display the Pi Day Pie permanently because, well, I love pie, but it just doesn’t feel right being placed in tis specific spot. 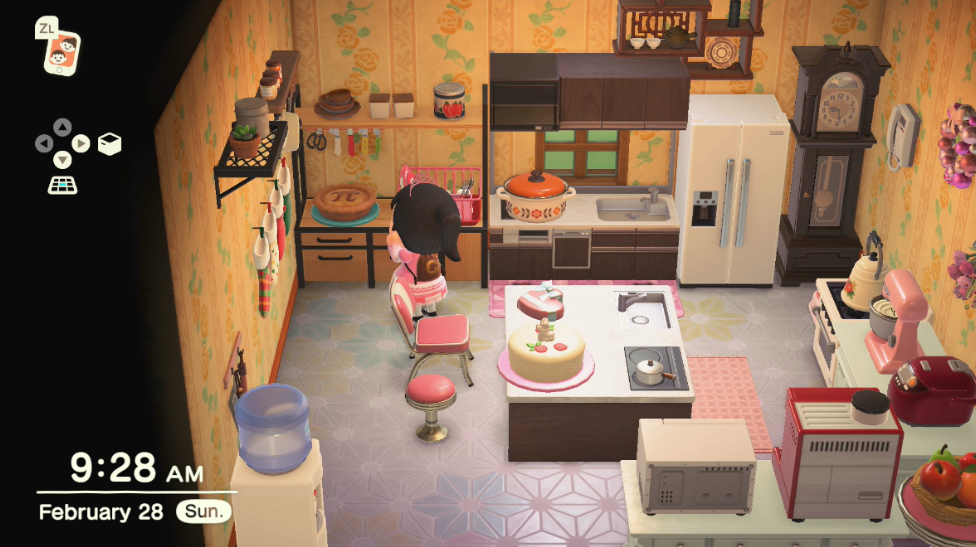 The Forgotten Grove pretty much got the biggest upgrade with some of the Mario stuff allowing me to draw together that fantasy-esque secret garden look a bit more.

Of course, I still placed a few other items elsewhere as well. 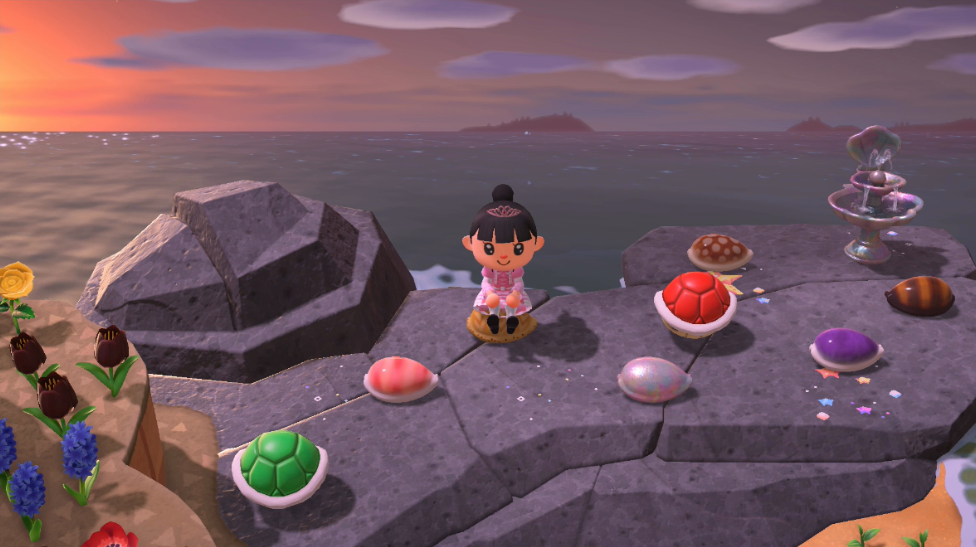 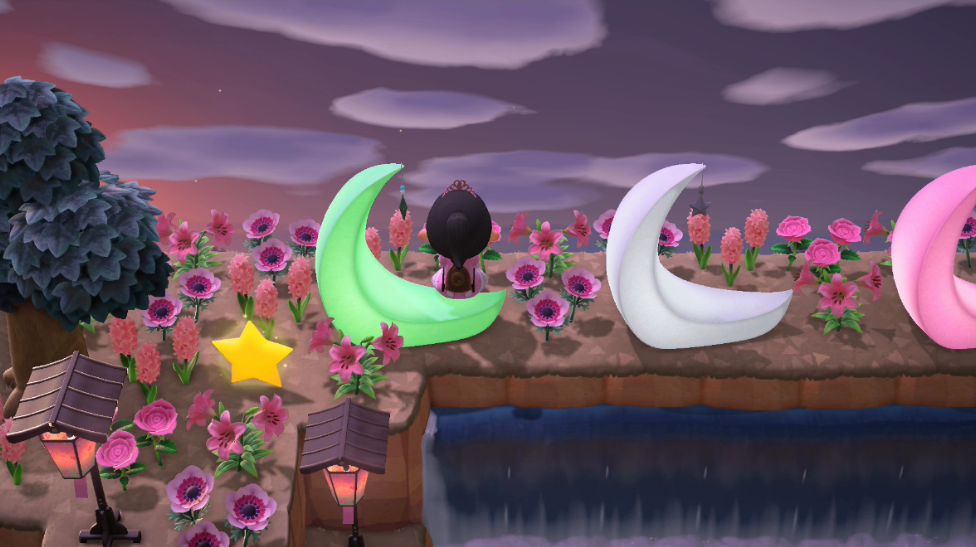 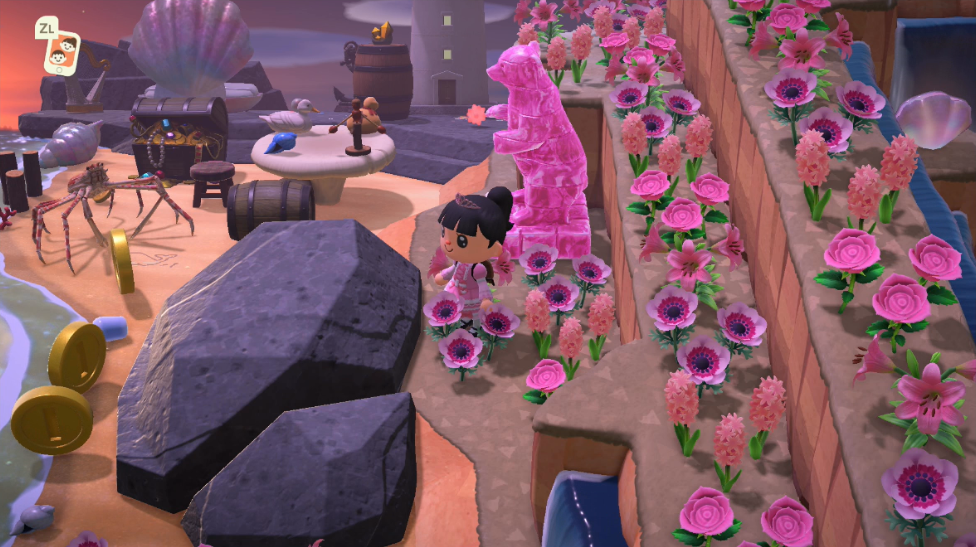 I might adjust the coin placement a bit more, but I definitely want them over there at the least.

Besides placing things around the island, I also gave Judy a Princess Peach dress. I’ll likely order one more to give to Cookie as well. 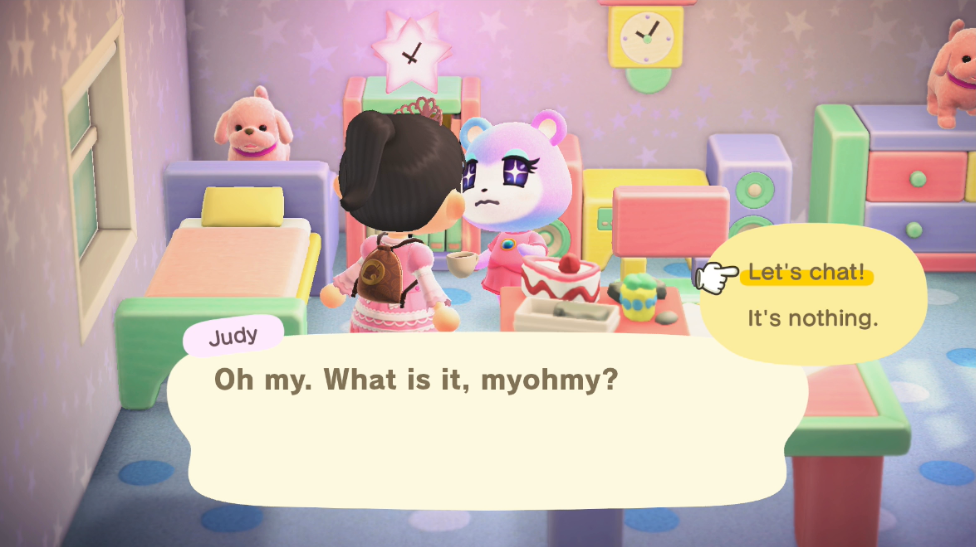 Finally, I spent some time over on Harvey’s island. Besides just wanting to play around with the Mario items in his Photopia Studio (unfortunately, the pipe doesn’t seem to work right in the studio), I also wanted to check that I had managed to catalog everything with Leo. 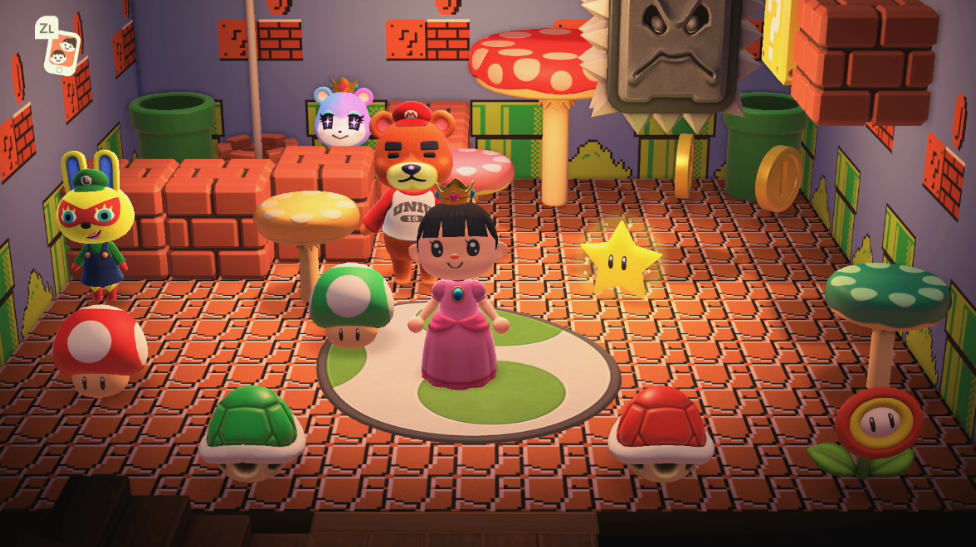 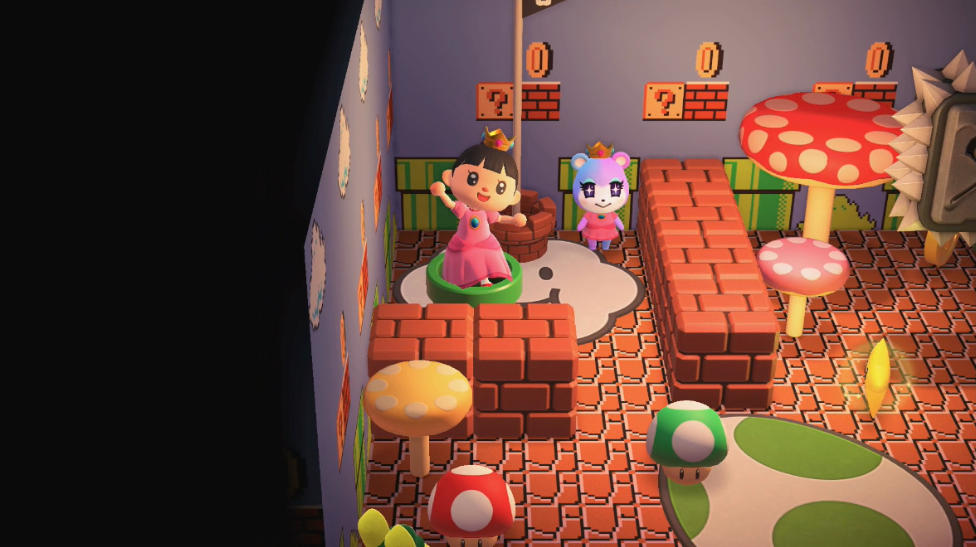 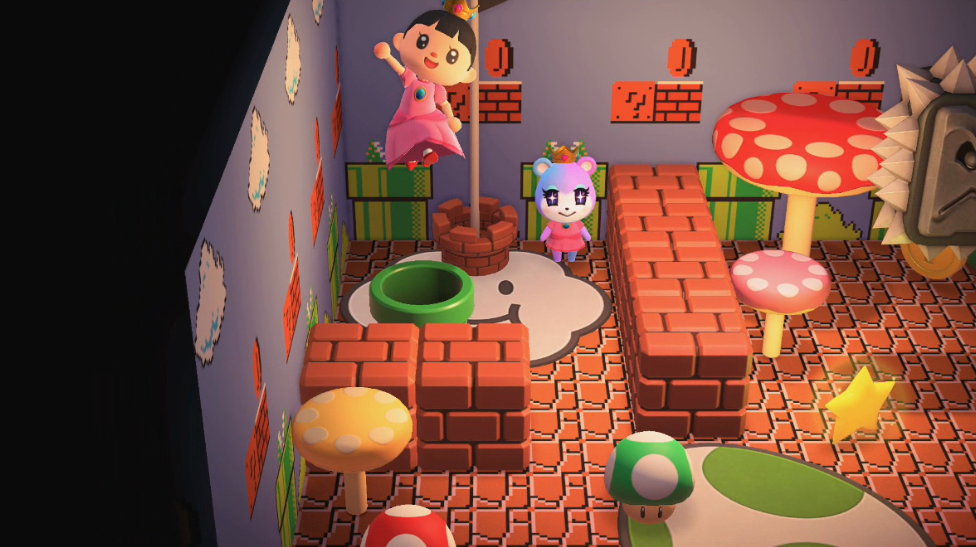 I really can’t say enough how much I hate that the Nook Shopping Special items, outside the daily tab, do not catalog properly. Harvey’s sucks to look through SO MANY items to double check and that paranoia that I missed out on something isn’t fun. Even if we can’t order something anymore, I wish they just showed up with everything else.

As for the Pipe though, I’ve decided to just carry two around so I can make warp points as needed when I’m going to have to quickly go back and forth certain places. I will say the Pipe entering animation is a lot cooler than the exiting. It’s just a bit anti-climactic when you’re leaving the pipe.

Anyway, for now I’m set until Shamrock Day… or well, week I suppose since it starts the 10th even though Shamrock Day is the 17th. Hopefully I’ll have good luck with the balloons… The 17th is going to be pretty hectic as it is.