So with my, hopefully if everything goes well, big plan for my town tour tomorrow, this is essentially a summary up to that point both of things that have happened and other changes and things made.

First up, it was Merengue’s birthday on the 19th!

I also did more adjustments around the outside of my house. I would’ve liked to have kept the garden like the left picture, but unfortunately the regular trees will start growing unless next to another one v__v It’s very annoying. 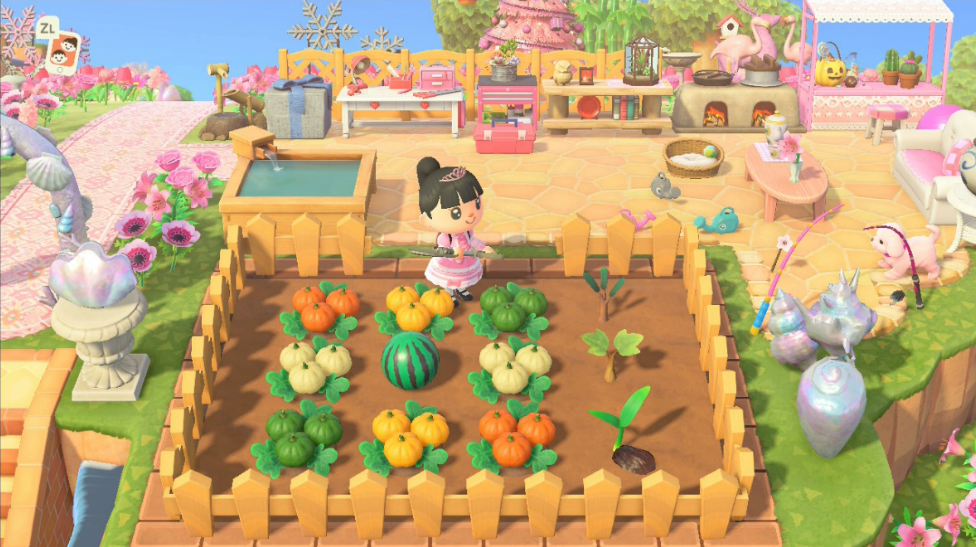 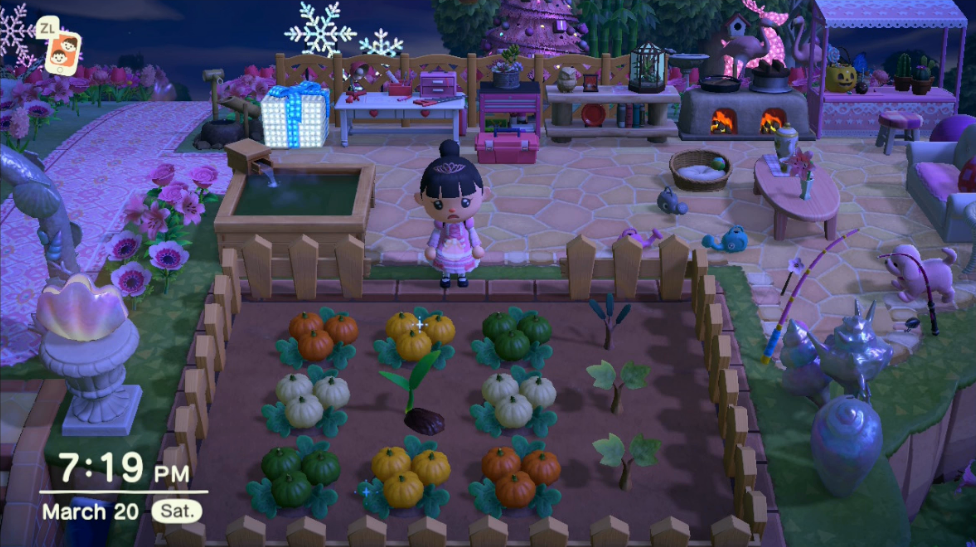 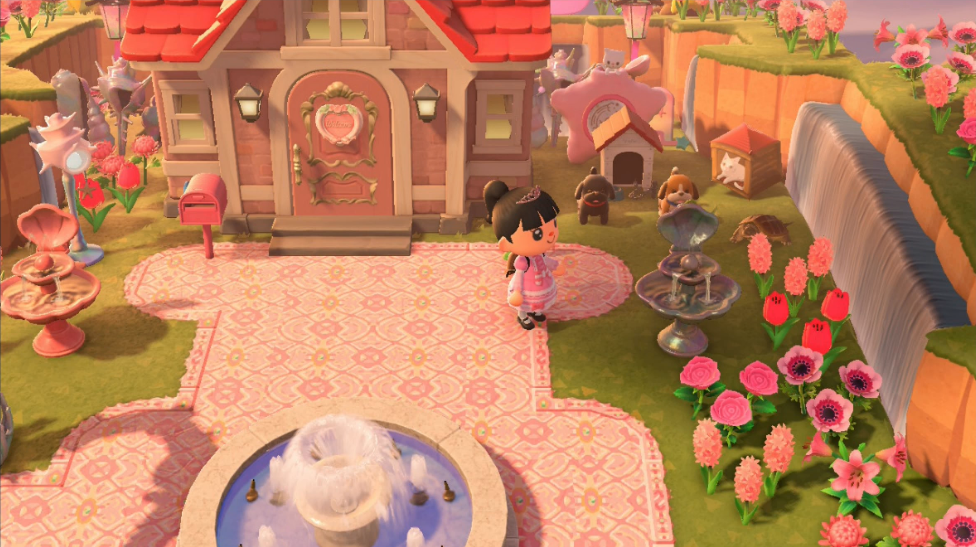 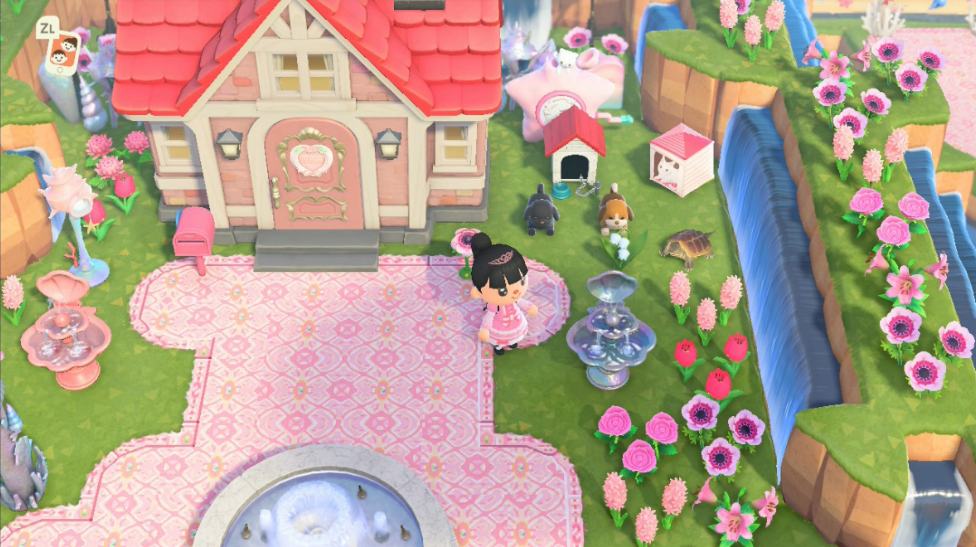 Despite my usual distaste for some optical illusions, I couldn’t resist some of the umbrella ones lately… 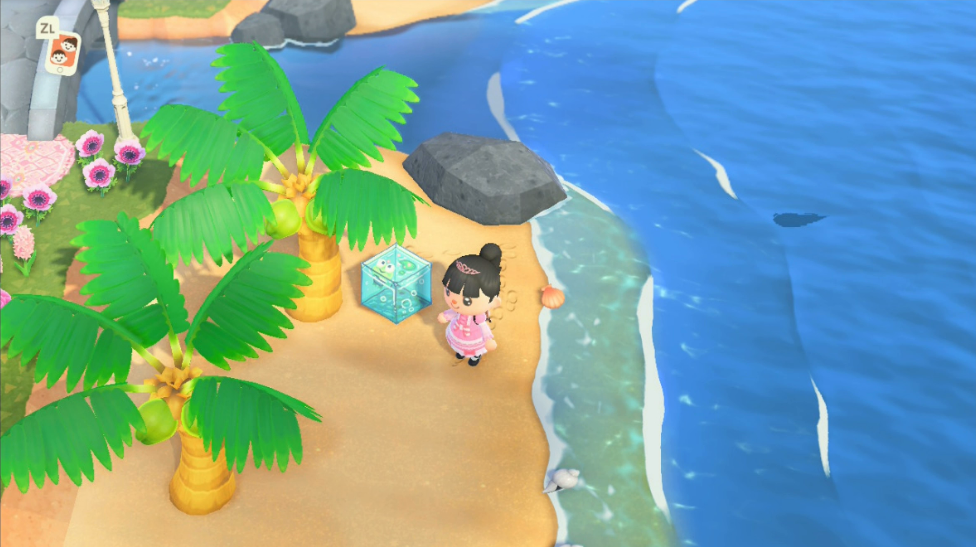 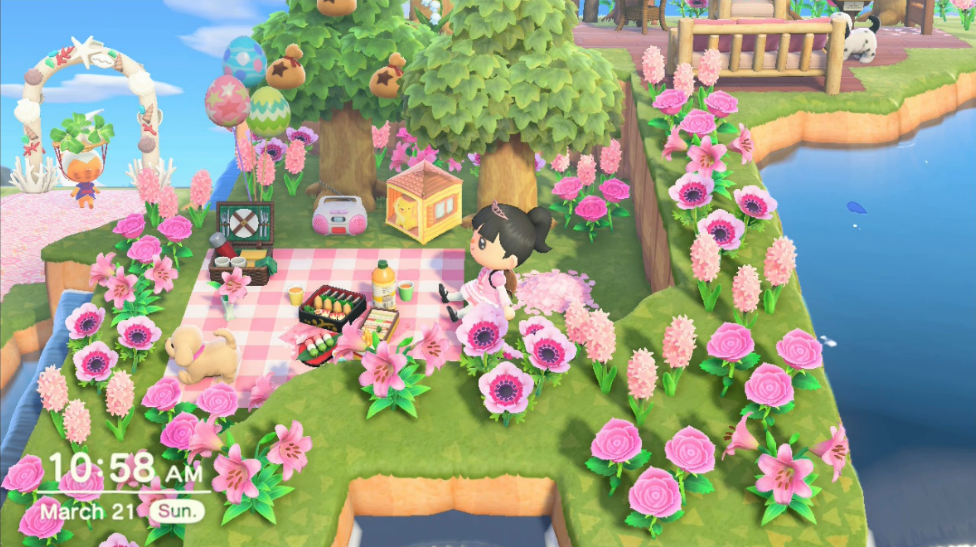 I’m still not 100% satisfied with the placement of the first though, but I can’t really decide anywhere better…

I finally put some work into making a cute fan and flag that match the Town’s Flag. I think they managed to come out nice. I also put one flag and another Mush Stump at the campsite which I think works better as an intro to the area than the one pink flower did there. 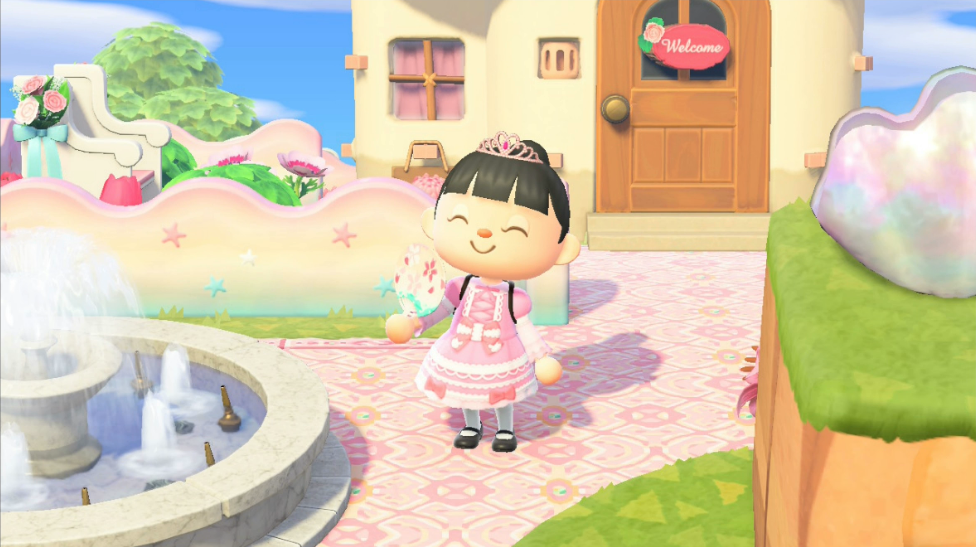 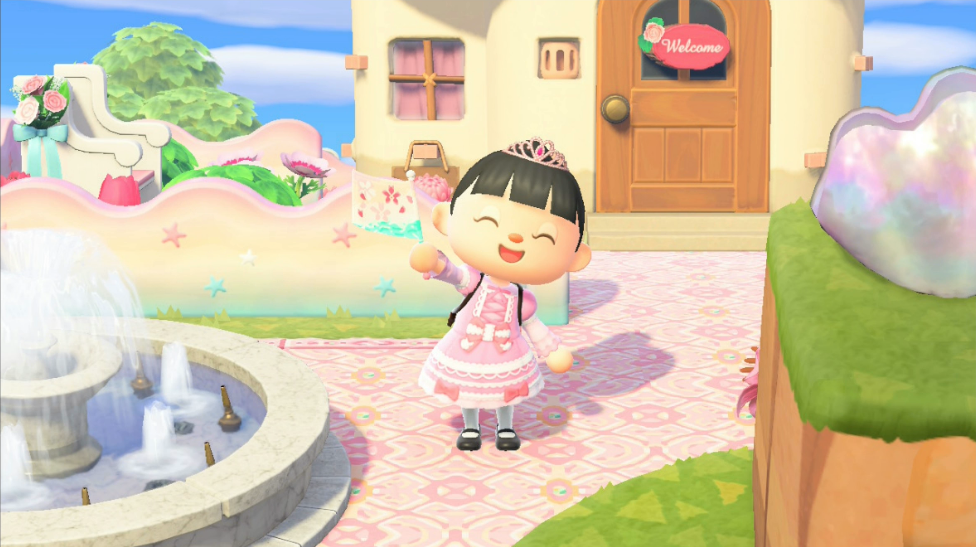 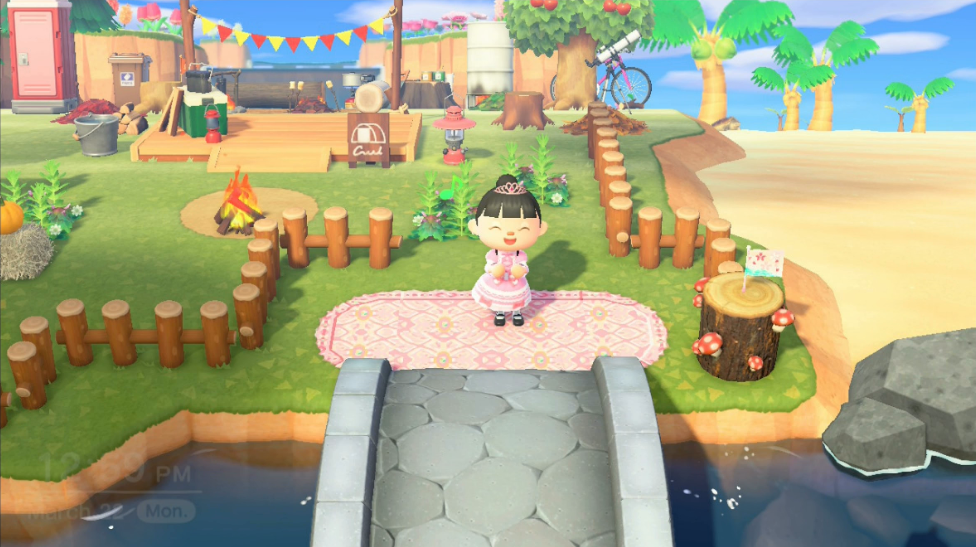 I might switch up the path there maybe, but still undecided.

Bunny Day also came back around, but with the shorter time and having pretty much everything done that it could interfere with and not needing to find any eggs, it wasn’t really an issue. I also can’t say enough how much I adored some of the new Bunny Day items. 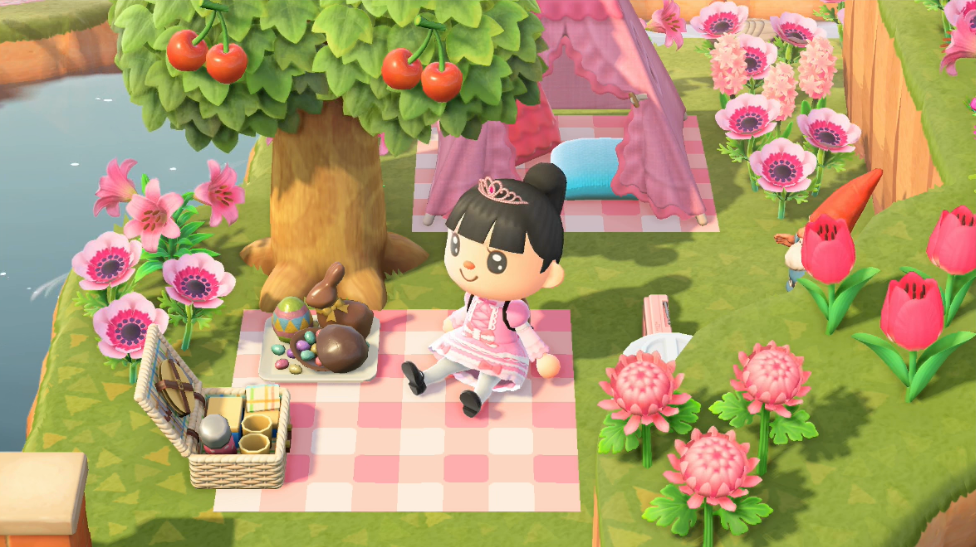 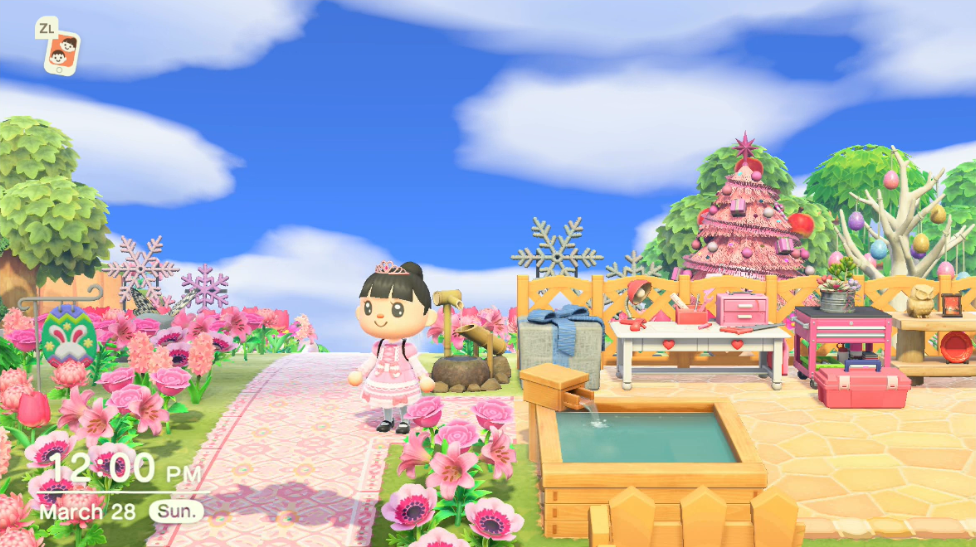 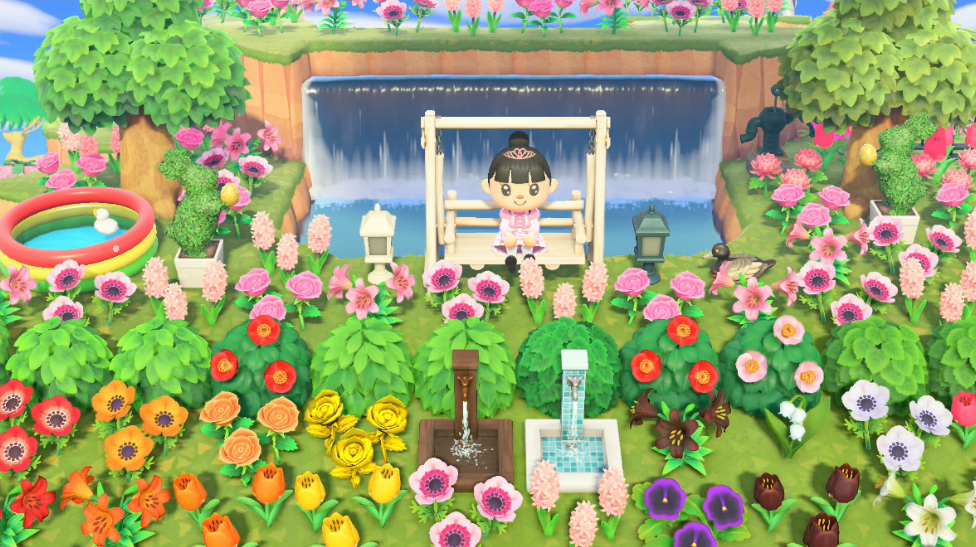 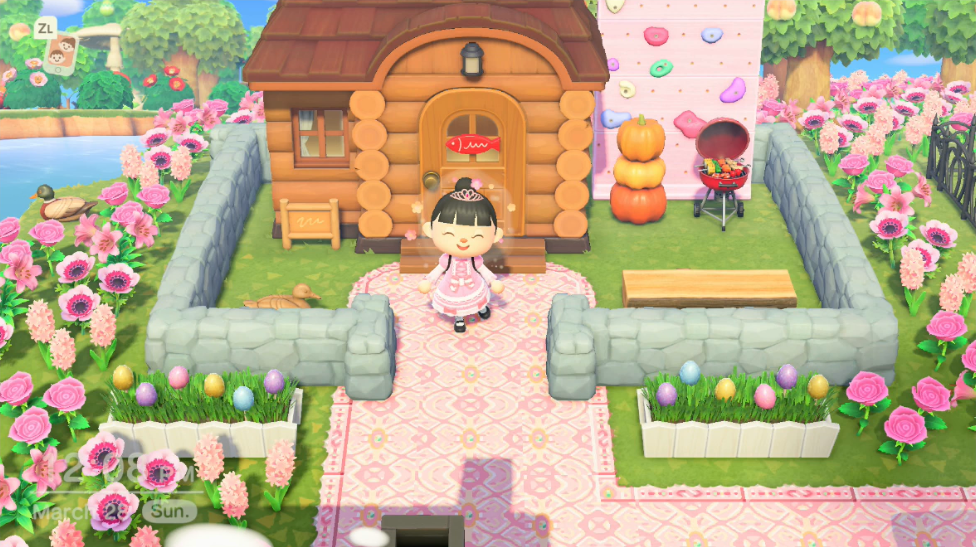 It really excites me for what kind of new items we could see in other events this year. Also I already want more storage x-x

I was surprised to be given some eggs right off the bat from Zipper and some of my villagers. I didn’t really need them, but it’s probably still worth holding onto incase of any new Bunny Day DIYs in the future.

I also quickly used up my 50 new designer slots to help spruce up various areas around my island after being happy with my adjustments to my Cafe area. 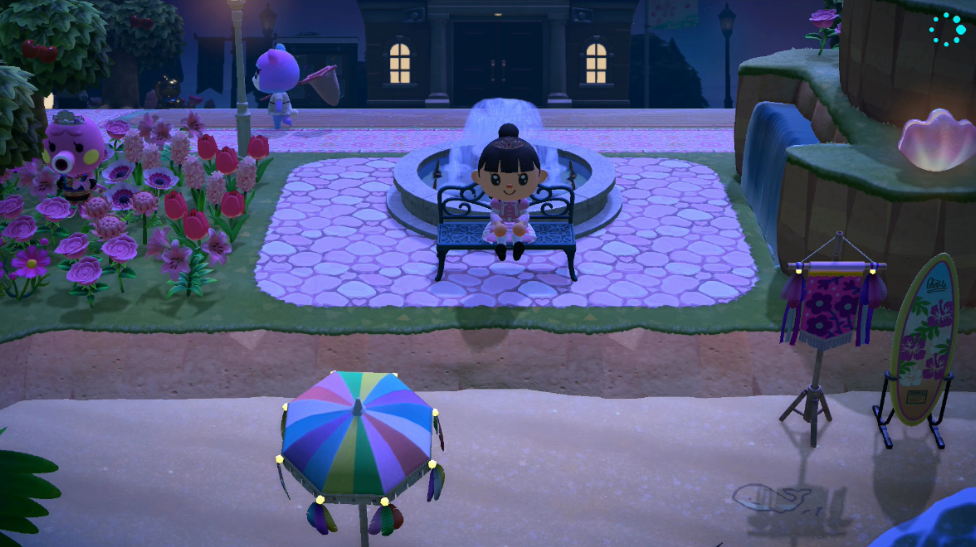 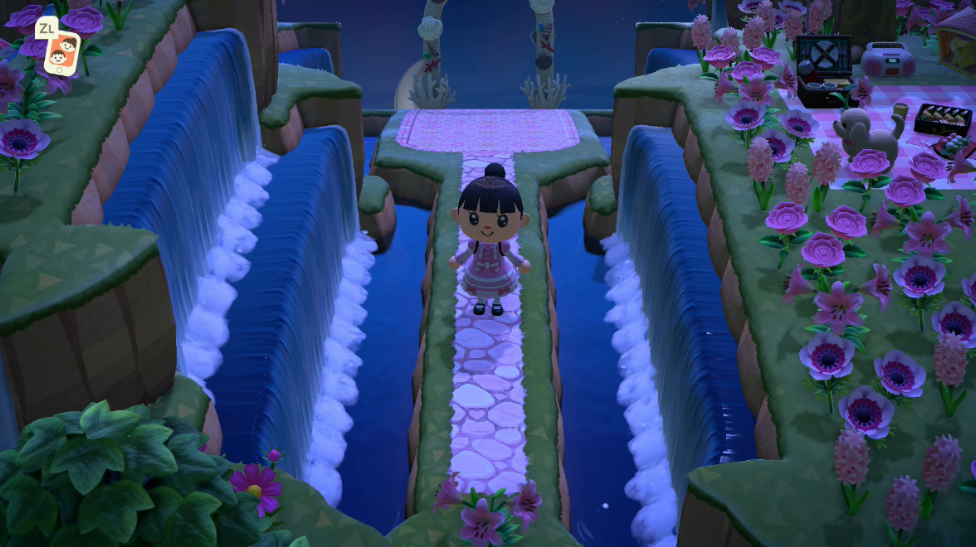 The Nook Point system finally came out at the very end of March. I pretty much just cataloged from friends, but I did think this one poster looked nice…

I’m going to keep saving up for future items though. As a side note though, I need more mail favoriting slots too :(

Finally, April 1st arrived and it was time to see if my landscaping really worked out! The Cherryblossom trees finally being in bloom really brought the rest of the Island together. I wish it could effect fruit trees too (or well, some at least?) or at the very least, cherry ones for obvious reasons.

And now, on April 4th, it’s officially Easter and thus, the last day of Bunny Day. I even dressed up a bit, partially also for Meg’s Easter Party.

And then made a few little adjustments back on my island…

With Cherry Blossom season here again though, I’m looking forward to doing my town tour video on the 10th :) Which should also be my next entry. I just hope I can make up my mind about some things first.