So, the demo for the Nintendo Switch version of Miitopia went up yesterday and while I still don’t think I’m going to pick the game up again, I decided to at least get it to see if I could check out some of the newer features such as Wigs.

I will say one positive was that Wigs and Make-up were available right from the start— I didn’t even need to start the game yet, I could just play with the wigs and stuff first. There’s clearly a lot more options than I even really bothered with such as layering some of the items to make your own things or playing around with colors more– I would say Make-up easily has more to work with than wigs though. The wig choice is… okay? I like how much more fluid they seem, but for one, most of the hairstyles are longer ones so if you wanted to use them with shorter haired characters, there’s very few options. Bang choices also felt only okay. 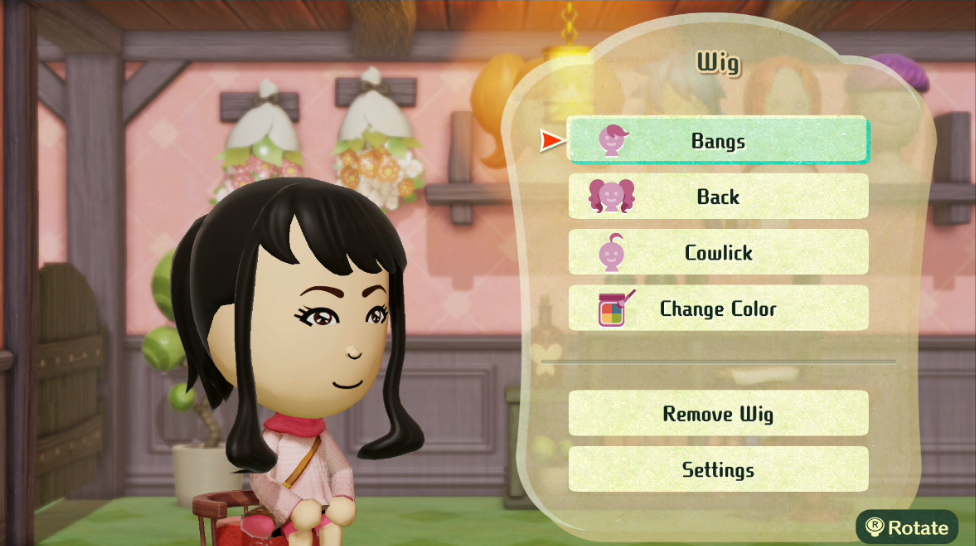 Despite that, I ended up just using a ponytail very similar to my Mii’s usual one as the longer one felt too high, but my biggest disappointment was that once again, the wavy/ringlet-y/curly hairstyles were restricted to pigtails… It’s really not that hard to make a ponytail version when you literally have it as pigtails. I can’t say I’m surprised because it’s definitely a common issue in a lot of games– especially those made in Japan, but it’ll never not be super disheartening for me.

For the most part, there aren’t THAT many changes between the Switch and 3DS versions between demos. There’s better graphics, but otherwise, the only big differences I noticed besides entirely new systems (Hair, Make-up, and the Horse) were some new cutscenes and the Outings system. 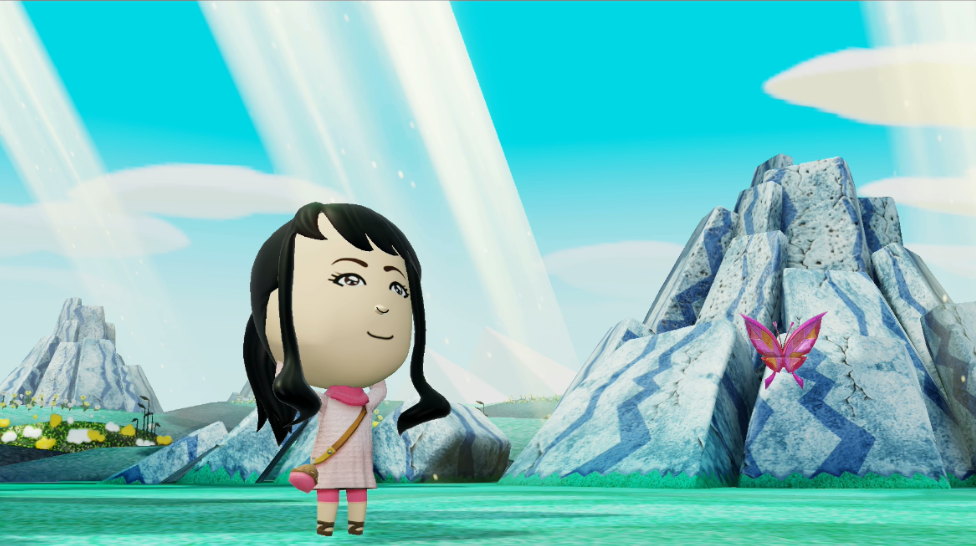 I genuinely do find Outings really cute, but I do have one concern with them and that’s lessening the chances for money. When I first heard about them, I thought they were just changing the other trips we could get, but those are actually still here too and still just a… silhouette cruise to an island so if you want cutscenes, you should go for outings.

This little luncheon scene was also new which I guess is like… the lobby of the hotel? It’s cute though, but I wonder if we’ll still see camping scenes as well. 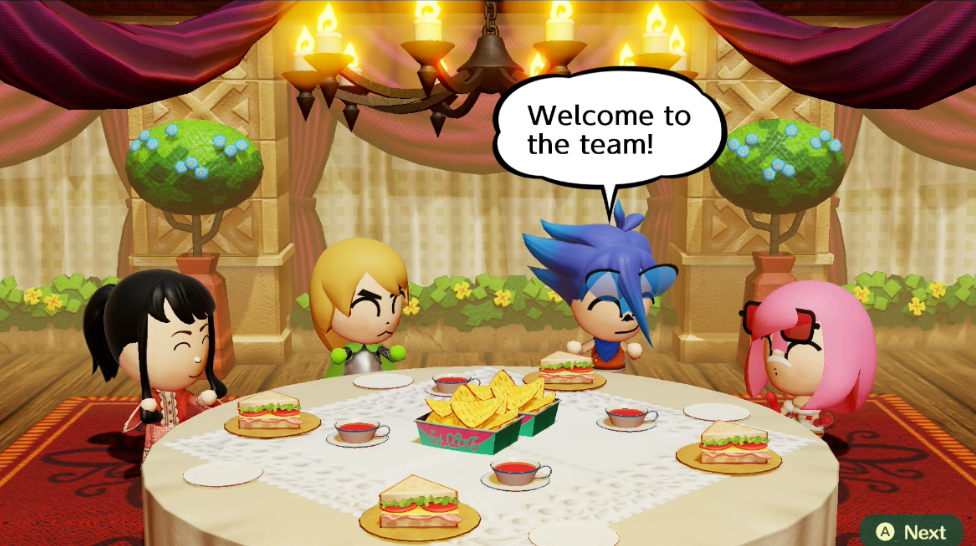 Finally, easily my favorite part of the game was learning we could customize the horse AND it joined our party. The cute stable and how your character rests there with it?? Also adorable. Strawberry alone makes me really tempted to buy the game. 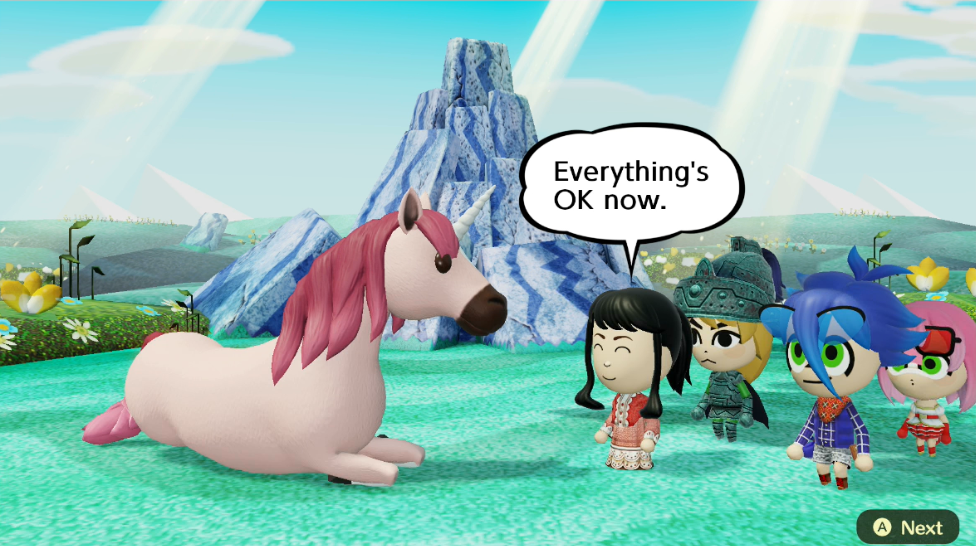 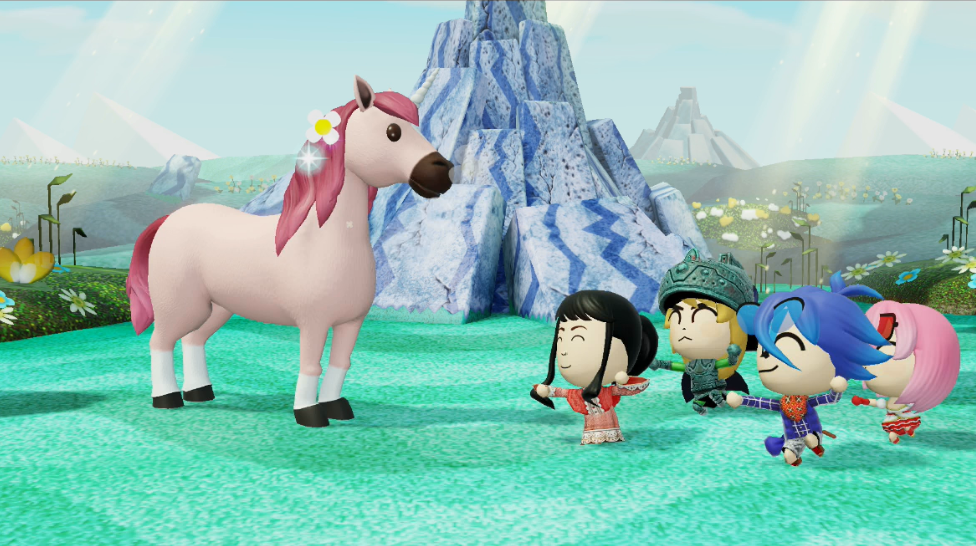 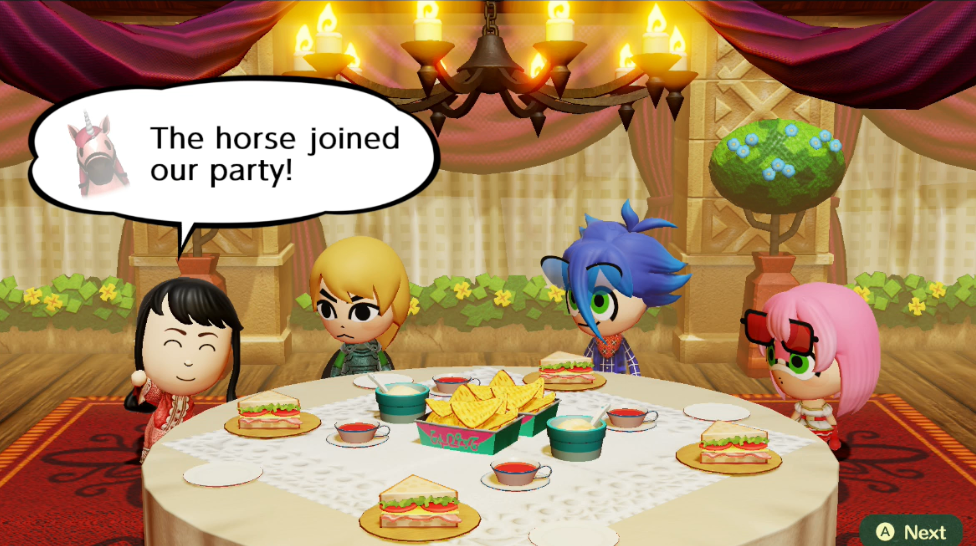 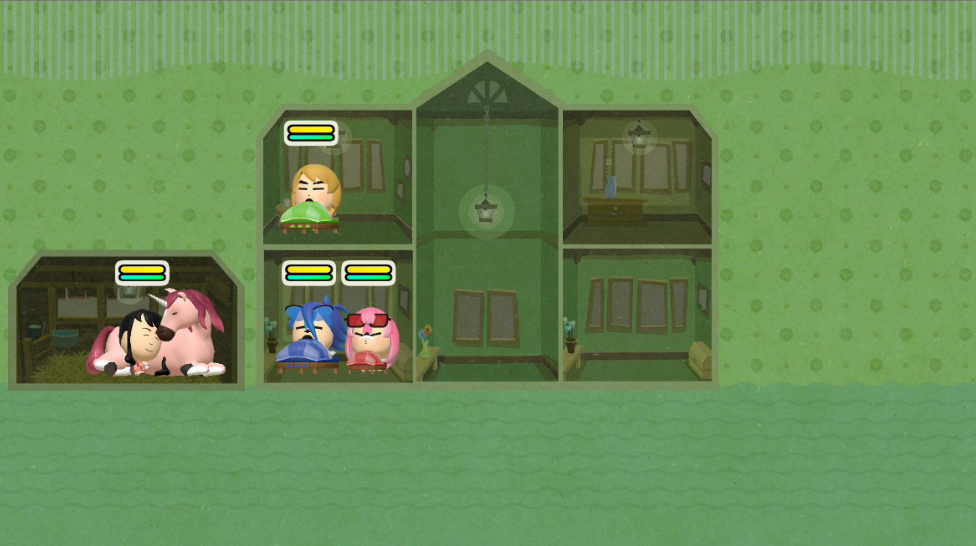 Unfortunately, I wasn’t able to play around as much with the Roulette Wheel this time as all our Amiibo are still in the process of being moved around and unfortunately, Amiibo Cards apparently don’t get you anything. 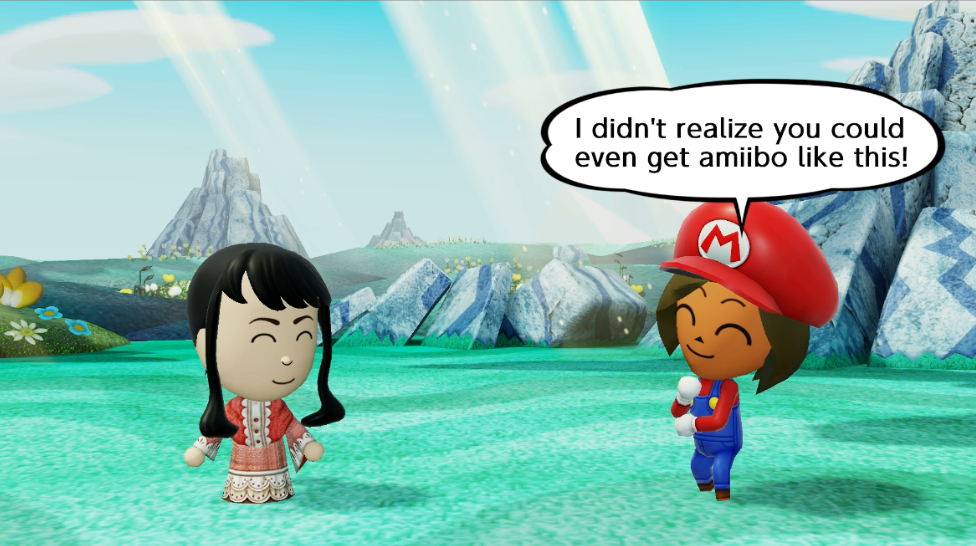 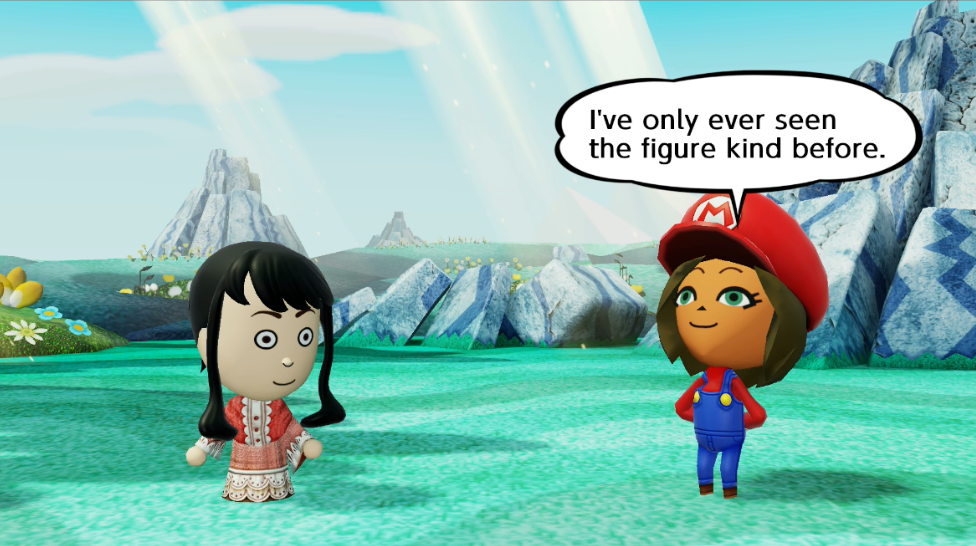 I will say my biggest apprehension with Miitopia though is still there: The Grinding. Experience earning is just as slow, the food stat boosts are tiring, you only have control of your character still (so everyone else in your party does your own thing), and less money opportunities also makes it harder to gear up.

I heard there is additional endgame content, but mostly in the sense of harder battles which, at least for me, just means even more grinding. For me, Miitopia’s highlights lie in the silliness of it all– the crazy plot, watching your Miis’ silly antics, seeing what kind of crazy scenarios happen next, etc., but the combat is just kind of okay and without any kind of way to get through that easier on my second time through, the rest of it just can’t carry the main gameplay mechanic to make it enough of a replay for me.