So, the game has been out for about 5 days or so now and I finally finished the story yesterday! I have my whole playthrough up on Youtube and still absolutely plan to play more to try and complete my Photodex at the least (might try and get diamond ratings/over 4,000 points for each too– we’ll see), but for now, I just wanted to talk about my thoughts after having played the game for nearly 30 hours (and counting). Obviously, this will contain spoilers so keep that in mind!

The short version is I really adore the game even more than I expected. There’s SO many more interactions, secrets, and little intricacies and you can just feel how much care went into the game. Sure, all the Pokemon aren’t in it, but seeing how they tried to make so many different interactions and things, it wasn’t as simple as just throwing in nearly 900 models (technically more if you consider gender/form differences), but I wouldn’t be against seeing DLC in the future that maybe added in more areas somehow.

I also can’t say enough how surprised I was to see Todd’s cameo. I didn’t think they would connect them, especially when Ash is apparently 10 forever and Todd was in the anime, but seeing him grown up and here was really nice. 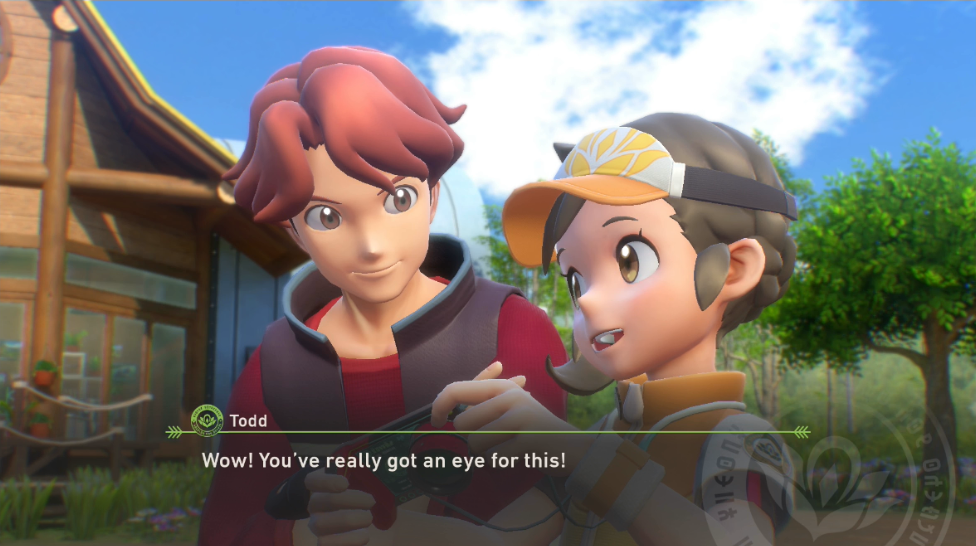 I really liked the cutscenes (even if I’m a bit bummed that we couldn’t choose hair color, eye color, and skin color separately), I loved the scenery, and it’s just enjoyable even just playing through the levels and watching things play out. There’s just so much to keep track of.

But I will say as much as I enjoy the game, my biggest gripe has been with the submission system this time around. I’m not surprised that the “one photo per Pokemon” was kept around and I understand why it is that way, but considering we have four spots per Pokemon with one for each star rank, I really wish we could submit one per star rank per Pokemon as those photos won’t be compared with each other anyway. It sucks getting both 3 and 4 Star photos, sometimes even by accident, and having to choose which one I want to submit– on average, I usually get at least 2 or 3 different Star rankings– sometimes even all four, and while I likely will replay the stages over and over again for various reasons, with so much to keep an eye on and some of the RNG involved, I can’t guarantee I can get those photos again or as nice as I did the first time.

And that one issue is pretty much the backbone of every other little frustration I have. I’ve mentioned before how aiming tends to be something I struggle with most in games and while I was able to somehow pull things off in the original Pokemon Snap, I feel like things are a lot more intricate this time around with not as much leeway either and much further throws. Add on the Illumina Pokemon stages where the entire thing is just an aiming boss battle and having to keep doing them to try and get certain shots again or better when my aim is just such garbage and my tendency to panic and it’s not a fun time. I’m hoping the burst mode unlock will at least help with the latter issue, but my aim may just be a lost cause and I’m concerned how that could effect game completion.

It also adds into the issue with the Request system where you maybe already took a photo that would complete a request, but since you didn’t have the request yet, it doesn’t count and thus, you need to try to get that photo all over again. To be honest, I don’t even have much care for the rewards from Requests– as excited as I was for New Pokemon Snap, the one thing that never interested me was the whole filter system. I’ve never been the type of person to really do much with photos and even now, I only actually decorated one picture (and may do another Audino one if I get a better photo later) and have no plans to decorate any others. 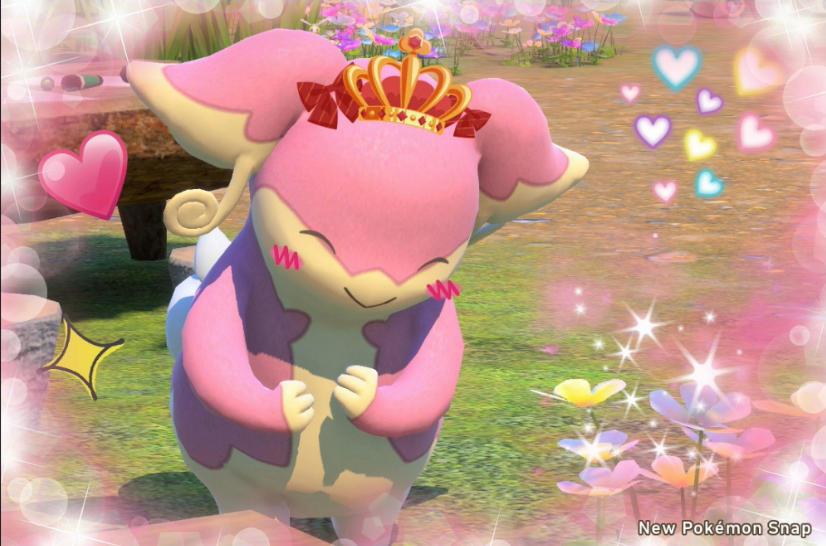 That won’t stop me from doing requests though– I like completing them. I just hope I can manage to unlock all the titles and things regardless, but considering one requires you to get 1 million total Sweet! Medals which is dependent on others, my hopes are incredibly low. I’m not even sure I’d manage to unlock all the titles just from completing the Photodex (so, um, please like my photos). 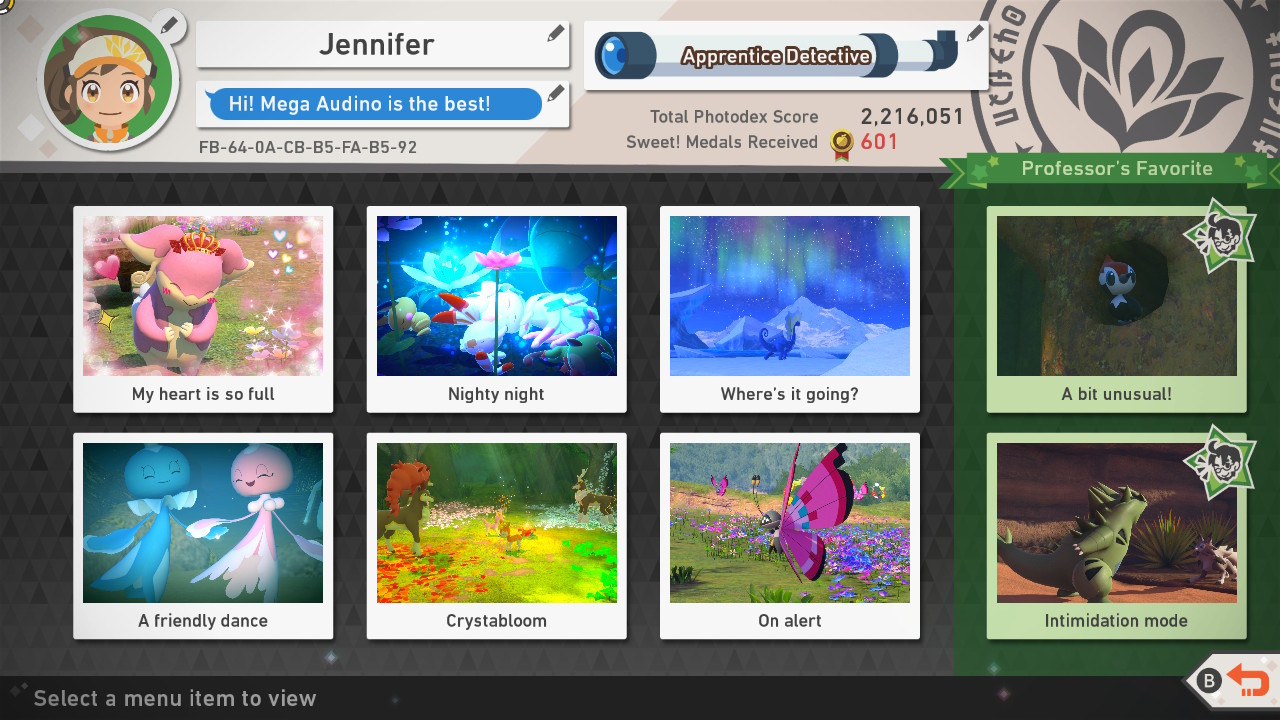 Regardless, despite these issues, I’ve still had a lot of fun. I also liked how Xerneas’ level 1 essentially was an ode to the previous Illumina Pokemon stages. Not that it helped me suck less, but still nice. 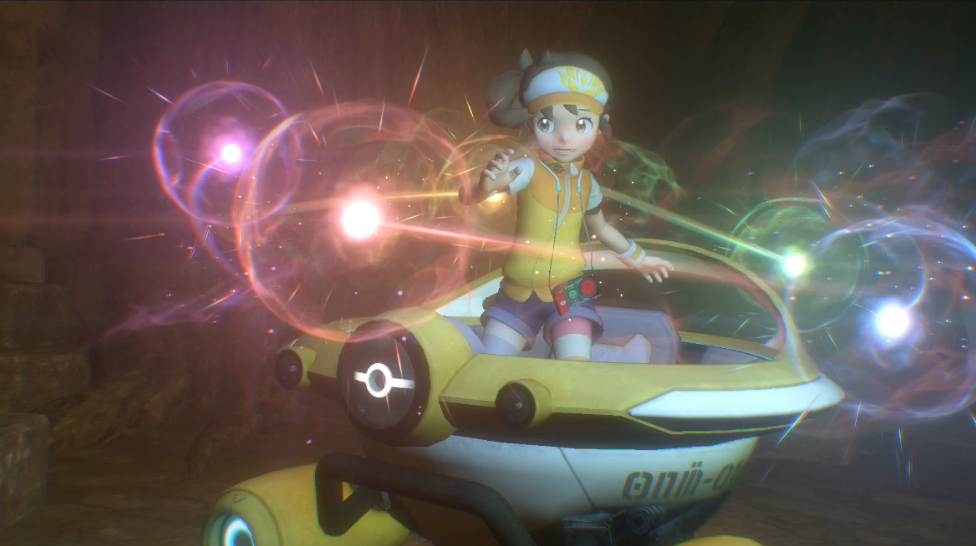 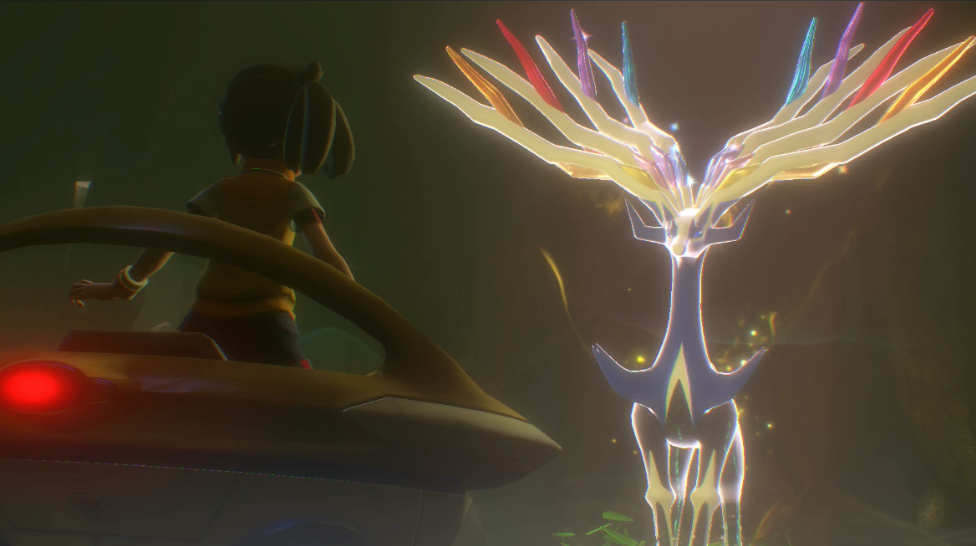 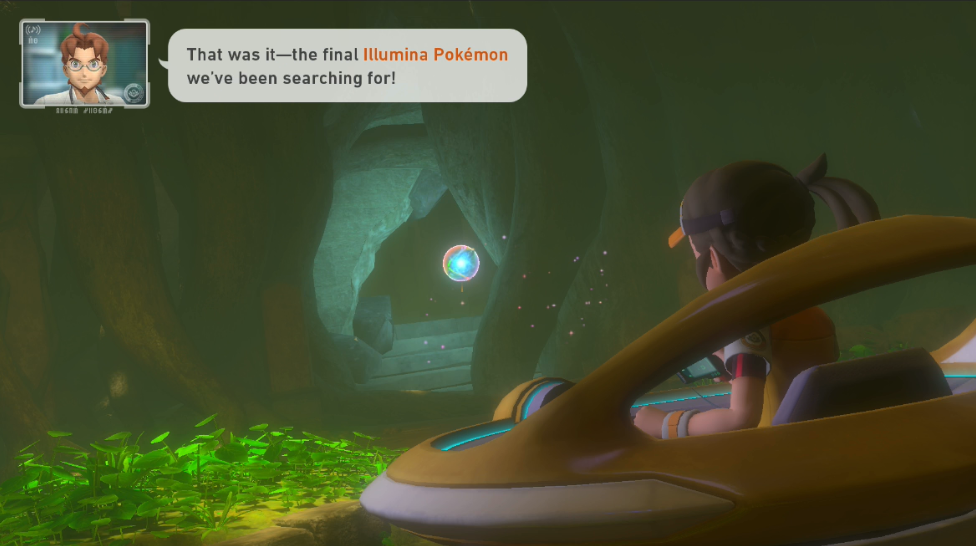 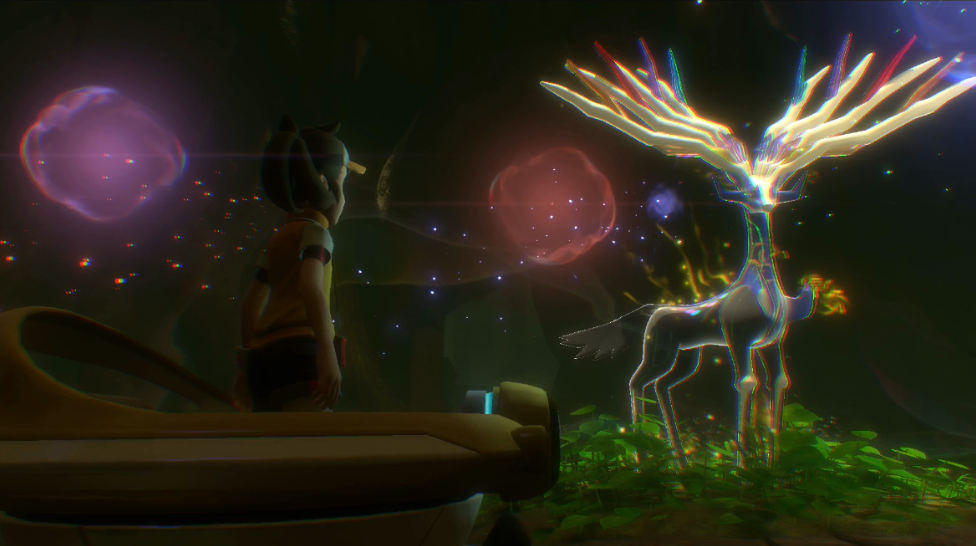 Also lighting up everything to get the elevator lit up was probably one of my favorite puzzles in the game thus far. It was just really pretty.

As for the epilogue, the scene was cute, but I did find the reasoning kind of a cop-out. Like all of them should love Pokemon?? So it felt like a weird reasoning if they were going to tease the question in the first place. 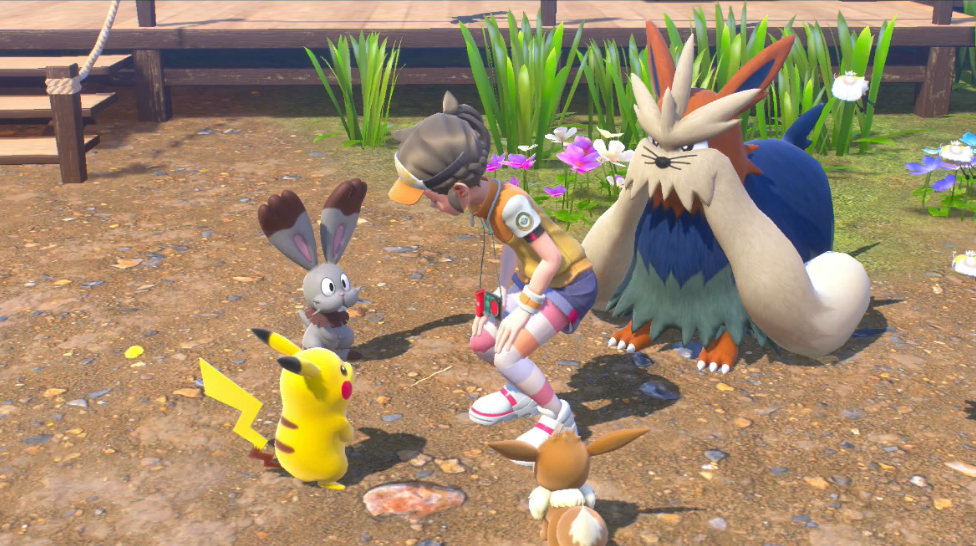 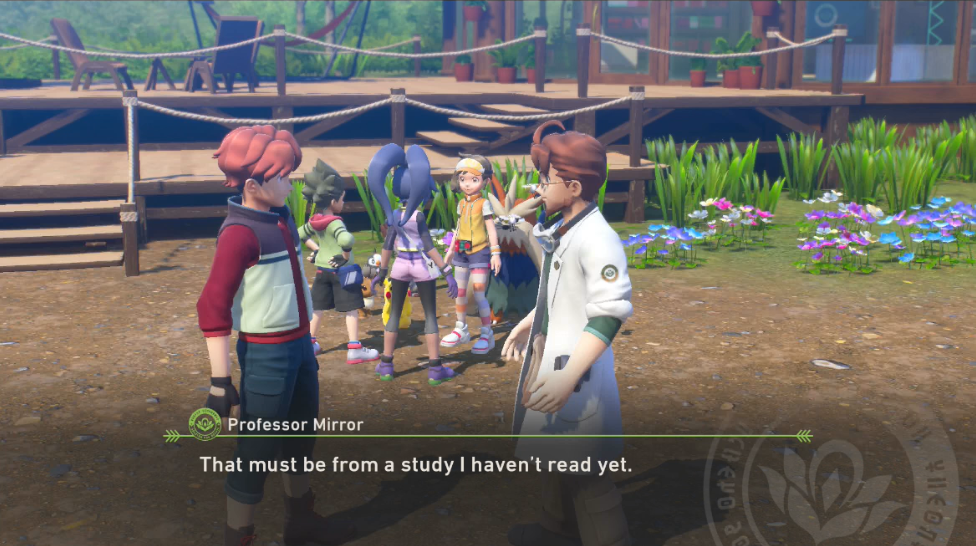 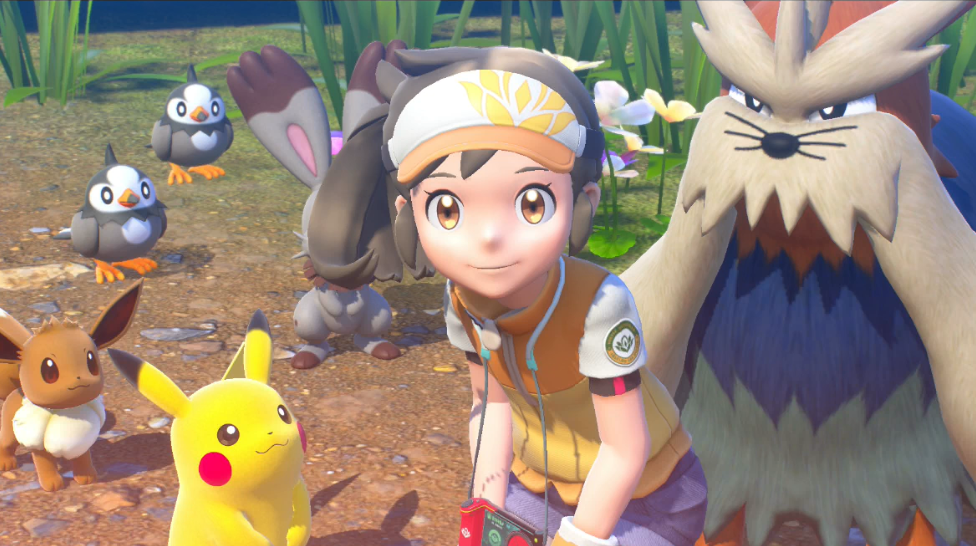 Anyway, despite the few negatives, I’m really just antsy to play more. Unfortunately, something about the game doesn’t jive well when my allergies are really bad :( I’m not entirely sure what as it’s not something I’ve had before with any other game I played (and I can play Animal Crossing just fine or use my computer so it’s not just a screentime thing), but I’m hoping I can get back to it soon. Fingers crossed I can at least complete my photodex, even if I fail at everything else.

Edited as of May 7th, 2021: After taking a small break due to some of the issues mentioned above, I think I’ve hit the frustration level of most achievement systems for me. I really want so badly to manage to get all the photos in the Photodex at least, but especially with how much more aim focused this is paired with much longer distances you need to lure Pokemon at times and other issues, it just doesn’t seem likely I’ll manage and that makes me really sad.