I had been following the game for quite a while after I first heard about it, debating if I should preorder it anyway since apparently it would have an English language option right from the start. With everything going on, I lost track of it in the shuffle, but when I was told how it released and was on the eShop, I wasted no time purchasing the game. 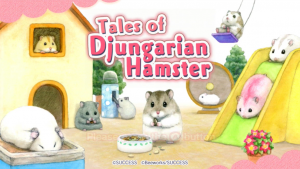 I adore Hamsters in general and loved when I had one, but I also really enjoy games where you can just… care for animals. That said, despite what you expect, I would not actually call this game a “Pet Sim” in any usual sense of the word. In fact, besides feeding them (which is always free– you don’t need to try and buy food), you don’t really do anything. They’re always happy, they’re always clean, they’re fully grown when you do matchmaking, and they’re just happy to be there. 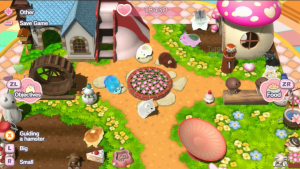 And honestly, I’m okay with that. It’s made the game a lot more relaxing than I would’ve expected and just generally feels like a palette cleanser in a way. It’s really cute, I love how many different Hamster variants there are, and I had a lot of fun recording my whole playthrough. The only things I have left are the stuff from the DLC!

That said, the game is definitely not perfect and while some of it I can forgive like not being able to interact with your Hamsters much (You can lure them to certain items, but that’s really it… And the only way to pet them is through a minigame) due to the game only being $10, there is a huge issue where a whole Hamster type is exclusively through matchmaking locally with friends. If it was at least online, maybe you could work with someone, but locally? During a Pandemic still on top of it? Just kind of sucks.

You don’t actually NEED any of the Rare Hamsters of course. Besides the 4 Rare Colors (and the traits they can come with), certain objectives, and 1 Troupe Cutscene, all items can still be unlocked otherwise and the Objective Card that requires the Rares does not unlock anything further. I would say the worst thing after not being able to have the Illustrated Guide complete is that one of the Rares comes with the largest discount trait for use at the Hammy-ham Mall, but you genuinely can earn Friendship Points pretty fast so it’s not too bad. I never had any issue with the grind because it was quick to get through.

I also genuinely enjoyed a lot of the music in the game, but kind of wished we could change the music playing in the Cage as, ironically, I found it the least enjoyable. I would say my only real complaint with the music though, besides some odd choices in what song was used for what, is the songs are really short and you can tell exactly where it loops which can get a bit tiring after a while. The game is also very loud? I’ve had to lower the TV every time I play.

Finally, I wanted to talk a bit about the DLC. There’s essentially two DLC items– a Pink Bear that is exclusive to the Physical Edition (there are other colors in the game, but the Pink one is exclusive to the Physical version of the game which you would have to import from Japan T__T) and the Sukeroku Pack which you can get early for free with the Physical Edition or buy for $5 from the eShop starting June 24th. The Sukeroku Pack contains a total of 19 items all designed by GOTTE who also did all the Illustrations for the game (such as in the story and the opening screen).

I will say my only disappointment with it is that one of those items is actually the Pink Hamster from the opening screen (the first image in this post) which you may notice I said “Items”– This is because it’s not an actual Hamster, but a “Room Decoration” Item. You can’t interact with it, can’t play with it, it just poses and moves wherever you place it and while it can still look really cute (You can see Ms. Fairy the Hamster by the Mushroom hut in the second image), as it was the Hamster I was looking forward to most, I can’t help but feel a little disappointed.

There’s essentially 12 Hamster-Room Decorations and honestly, I’ll probably use 3-5 of them and I’m not even sure how I’ll fit them. I really wish there was a way to expand the cage!

Regardless, I am looking forward to the extra content and I hope maybe we can see more in the future… Especially if one can include new Hamsters and maybe that Pink Hamster can be an actual Hamster I can play the petting and racing games with and see interact with everything in the cage.

Finally, I’ve gotten so many questions about the game so I went ahead and made a full overview guide! I hope it’s helpful!