So, today as a treat for fans while at an exhibit for retailers, CepiaLLC set up a Facebook Live to show off their upcoming stuff— Gold Wave, Kittens vs Gherkins, Dogs versus Squirls, Bears vs Donuts, and while not part of the Versus World, another cute soft beanie product– Pop Art Soft which are very artistic Elephants.

As per usual, I’m not going to talk about everything that was shown (It was… a lot and just gathering screenshots took me over 3 hours), but just focus on some of the specific designs I’m excited for. I won’t be including any designs I mentioned in my last post when they did the Zoom, but all the ones there that aren’t out yet (or at least not in Bean size) are still heavily on the wanted list. I’m not sure when I’ll be adding these to my wishlist page (maybe after thinking it over and possibly narrowing down more? WE SHALL SEE…), but for now, I wanted to take my time to wrap my head around everything because, again, it was a lot.

Off-hand, I’m glad the Gold Wave will be split up into parts. Part of why Purple Wave was so rough is because not all the ones actually in Purple Wave were available in every bag and that wasn’t clear. There were even several that arrived months later. If Gold Wave can prevent that happening again, that’s great.

So, firstly, the very first thing to jump out at me was this adorable Pickle:

I’ve said for a while I really wanted more various Pickle shades and I loove this color and it’s just really cute overall. There was also this really lovely colored Snail? Cat:

Despite not being much of a Madeleine person, I find this Bean really cute. 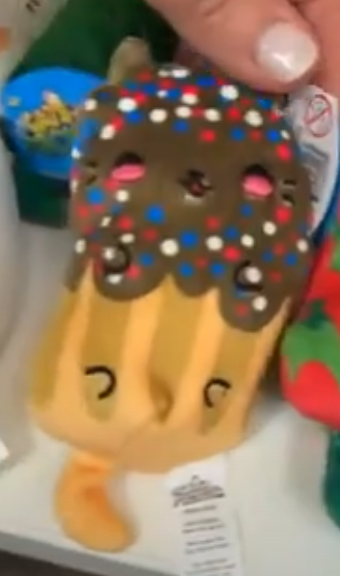 Otter Kitty! I just love the colors on this one. I hope it keeps that reddish-violet hue and doesn’t end up more purple. 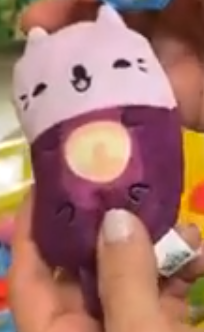 I also love Travel Motifs so it’s no surprise that I adored Steamer and Emboss, even if I think Steamer could’ve been nice with a more vintage-esque color. 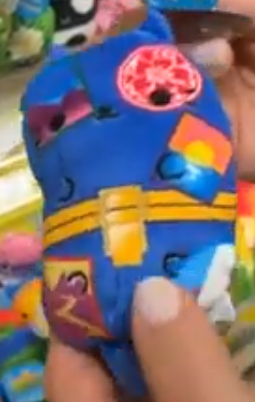 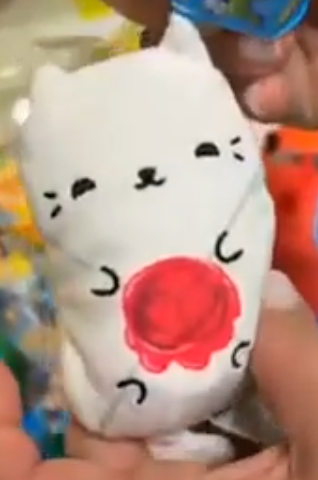 While I was mixed on Pea initially, seeing them in the video really won me over. Still not 100% on SPF 100 though! 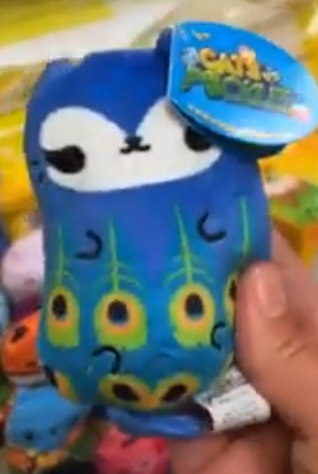 Also Pig Cat is a little Piggy Bank and I love her so much. There’s also Shades who I just… find the color scheme really pleasing? I also love the flamingos on their shirt. 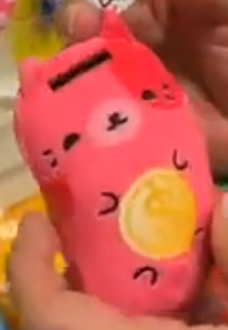 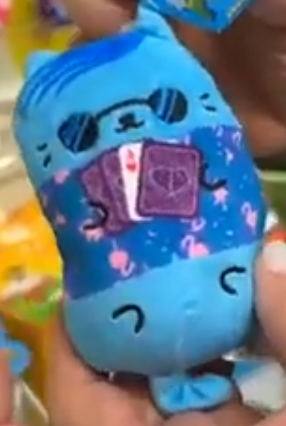 Like with the Pickle I mentioned at the start, the color of this lovely Pine Cat also caught my eye. Plus, Gramgram! She’s so cute. 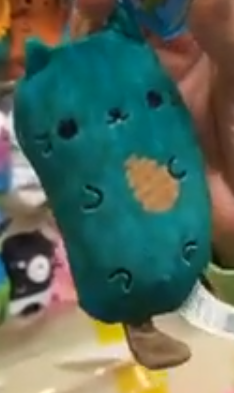 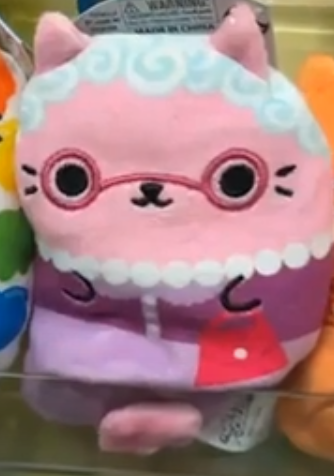 I also really adored Sparky. It’s nice seeing the black and white since I feel like a lot of black and white designs have generally been made blue or purple and I like it… actually just being Black and White. Also this cute like… Warrior Princess Cat? 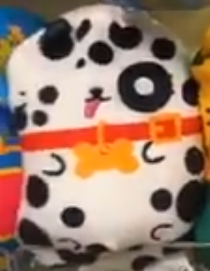 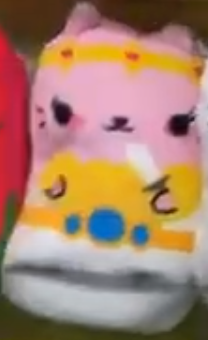 I also really want to see more of this cat, sure, it’s just a pink cat in a sailor uniform, but it speaks to me. 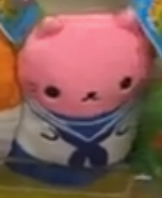 Plus Betta who is also very cute and who I also hope will be in Bean form:

There’s also so many where I’m still not 100% sure if I want or not, but am at least really intrigued by the design. Some are generally unsure where there’s things I like and things I don’t like, others I just really need to see in person to know for sure, but for some, the issue was that they were too small to really get a proper look at them and we never really got to see them in full. And for Chonks/Jumbos, I just would love to see them in Bean form preferably.

The lovely Olive Loaf was shown during the last Zoom too, and is the one exception here as I didn’t put it in that post, and I still can’t decide.

Kittens vs Gherkins continue to just be adorable and I love so many that I am very tempted to actually buy a full box of them (and hey, it’d be a fun unboxing video, right?). For one, Baby Finley!!

Other highlights were Baby Gumbo, Baby Groovy Gil, Baby Patches, Baby Rookie, Baby Cosmos, Baby Narwhal and so many more. Unlike my CvP indecisiveness, I genuinely want all of these.

As for Dogs vs Squirls… There were a few that jumped right out to me, but with the exception of Gerald, the husky, none of the others we really got a good look at unfortunately. 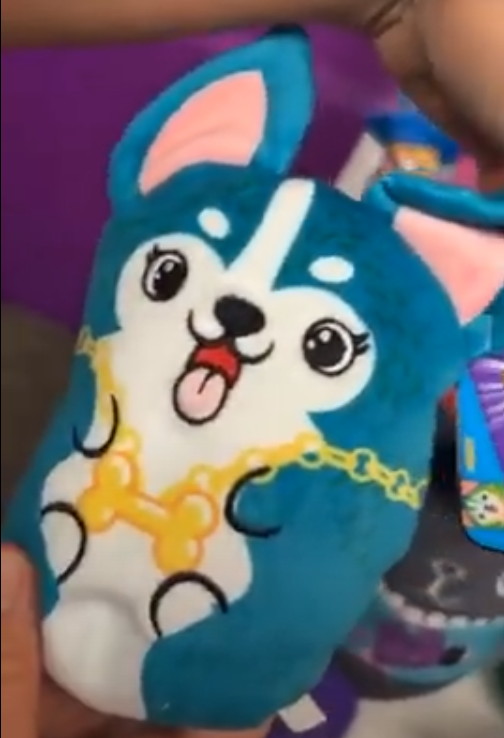 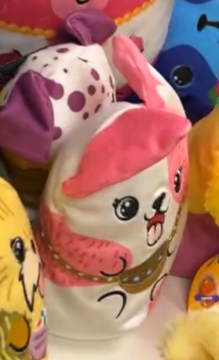 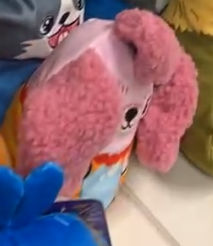 And of course, more I’m not 100% sure of just yet, but I hope they will have Bean forms.

Next up, Bears vs Donuts! It was so exciting to see them and they are somehow even cuter than expected. One really neat thing is they even had different types of donuts! I really love all of these so much.

Finally, we have Pop Art Soft! While not part of the versus series, they’re also very cute and I’d love to get all these small ones and hope the big one will be in the small size too somehow.

Edited May 19th, 2022: There was another video today from London— not too much new (though, there were some better pictures so I may try to update this), but I did want to highlight these two new ones– Amelia the Chonk Pickle (who I hope will be in Bean size): 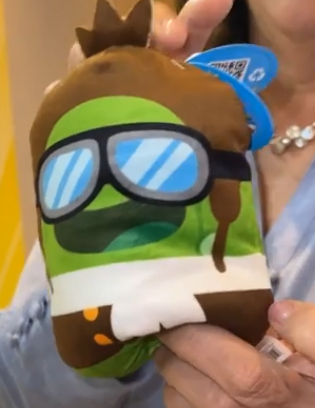 And another Baby I find fairly cute– Baby Prisma Paws: 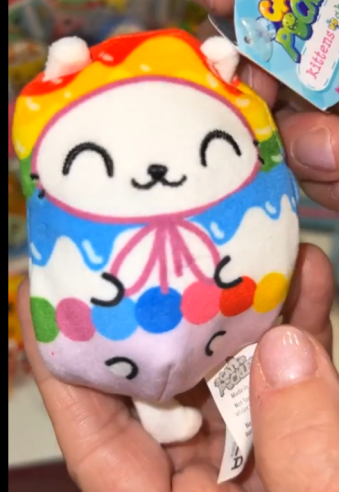