So, not too long ago, the Nintendo Badge Arcade in Japan came out with a Mega Audino badge and I’ve been anxiously awaiting for it to appear over in North America’s Badge Arcade. It actually came a lot sooner than I expected, but with Pokemon’s 20th Anniversary on Saturday, I suppose it’s perfect timing. I recorded a quick video of getting one and placing it on my homescreen:

And then proceeded to get over 30 more: 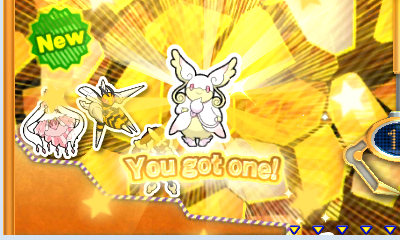 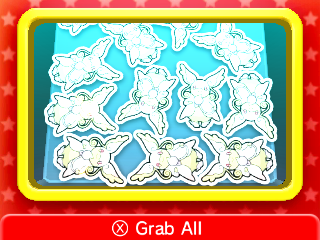 Along with posting two Miiverse posts.

I really hope Mega Audino could show up on a nice girly theme soon. 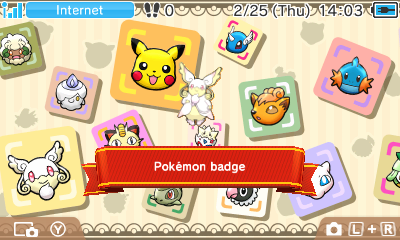 Moving onto some of rumors at the moment…. I normally don’t talk too much about rumors, especially not here (which is why I haven’t brought up the Style Savvy 3 and Disney Magical World 2 rumors right now, though, my fingers are crossed for them–if they are true, Style Savvy 3 will be out in late Summer and Disney Magical World 2 will be out in the Fall. While I am disappointed we seem to be getting Style Savvy 3 so much later, I’m happy we’ll be getting it at all), but the main reason I decided to bring this up is due to the logos. Trademarks for two Pokemon games have shown up–Pokemon Sun and Pokemon Moon each with their respective logo:

And it’s the logos that really sell me on it.

I feel like most people expect a new game to be announced (with the only ones not expecting are the ones going in with zero expectations whatsoever) and the last time there was a photo leak, that was when Mega Audino and Mega Slowbro leaked. If it wasn’t for the logos, I could just shrug it off as a “Just incase” thing, but since they have such nice logos, I can’t help but wonder if there is a good chance they are true.

I do feel this means it will likely be Gen 7 though which I have mixed feelings on. I just feel like there’s so much in X/Y they could expand on and I genuinely want to hear about so I really was hoping for a sequel game. Regardless, I’ve spoken a lot about what I hope the next generation will bring so the only hope I will say is it better have trainer customization again.

Now to just decide if I want to try and have a permanent 6 team or pick 5 Pokemon from the new Generation + Mega Audino for the team… probably the latter.