So, coming out of the Investor Meeting in Japan, we got a few interesting tidbits of upcoming things. To get them quickly out of the way, there was the announcement of NX being released for March 2017 which I much prefer–I really wasn’t ready for it to come out later this year so knowing we have until Spring of the next year is quite a relief. The upcoming Zelda has been confirmed to be releasing for both the Wii U and NX at the same time (and thus has been pushed back until March 2017), so we will probably be going for the NX version. Supposedly the game will also be the main focus of Nintendo’s E3 this year, but I hope we will hear about certain other games too.

Regardless, moving over to what interested me the most… Nintendo also announced new mobile games with their next two being Fire Emblem and Animal Crossing. 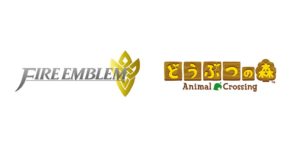 Now, by itself I was a bit iffy about it, thinking it could be something like Farmville or those various games where you place buildings in a town and have an awful energy system, but apparently the game is confirmed to have connectivity with a console version of the game…

“Building on the positive consumer reaction to Miitomo, Nintendo announced that its next two mobile apps would be based on the familiar and beloved Fire Emblem and Animal Crossing franchises. Nintendo plans to release both of these applications this fall. As for the former app, while making it more accessible in comparison to the Fire Emblem games for Nintendo’s dedicated gaming systems, Nintendo aims to offer the great value of a role-playing strategy game. Nintendo will design the latter game so that it will be connected with the world of Animal Crossing for dedicated gaming systems. By playing both Animal Crossing games, users will find increased enjoyment. Both of these are pure game applications. Compared to Miitomo, they have more prominent game elements, and the game content will tie closely into Nintendo’s dedicated games business. Nintendo will provide more details about these applications closer to their launch period, and aims to have multiple types of apps that appeal to different audiences and different groups of players.”
— Business Wire

And this makes me wonder a lot–will it be more like a companion app such as Fallout 4’s Pip-Boy on phones or more like a aforementioned game where just playing both will let you unlock things in the other? While part of me is hoping it’ll be more of a companion app (Maybe with checklists and various things you can do without turning the game on… like making sure nobody will move away), considering it will be out in Fall of this year (and I’d be very surprised if we got a new AC game for Wii U in the Fall with NX about half a year away at that point) it will more likely be a game in itself which I’m still not entirely sure how to feel. I’ll definitely try it out though to at least have stuff ready for when the next AC game comes out. I just hope it’s more like how Happy Home Designer was than some silly energy management game or a reused game just with AC assets.

Of course, if it’s connecting to some kind of game, it means a new Animal Crossing could be coming as early as next year if it is for NX and if so, possibly even be out by Holiday season next year. Which means I really need to finish badge hunting in New Leaf :P

Which brings me to something I’ve been hoping to do for a while… Features I most want to see in the next AC. I’ve mentioned on and off several of them, but this is me going full-out with it all so, here we go! This is a much more expanded version of my last entry nearly 2 years ago.

Those are just off the top of my head, but I’m sure I’ll think of more in the future. For now, I’m going to go back to working on New Leaf and crossing my fingers for more detail on the Mobile game soon.