So, this is late due to having been in San Francisco the last several days and thus, not here for its arrival, but I’ve really been enjoying it since I got home :D I will say there will probably be more videos than entries as it’s hard to really say a lot so I may do weekly entries? I’ve been playing for roughly a week now and just wanted to share some of the many pictures I took and talk about my playing some more.

Before I start, as it wasn’t really announced, the first DLC actually came out on Thursday!

The Peach Yukata :D To see it in action:

I also recommend checking out my Youtube channel for tons more videos of it too–it’s all in a handy playlist as well!

It is free as well so just pick Add-ons from the main menu and select it! I’m not sure if it will be permanently around or not, but always better to get sooner rather than later.

The differences between the demo and main game are pretty immediate between a few more options in character creation (though, I was sad I had to choose a lighter brown for hair…), a much nicer intro scene…: 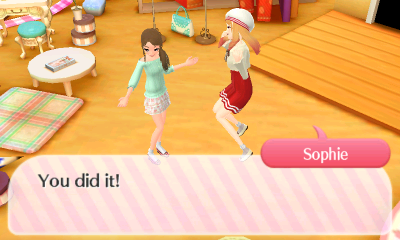 And a bit harder of a tutorial along with just generally being a slower pace. You do not unlock the quest that gets the hair salon and make-up stuff available–that does take a bit longer, though, it doesn’t feel slow as in boring–just not as fast as the demo is all.

My outfit wasn’t pink enough though so I’m glad I got to get something pinker pretty quickly: 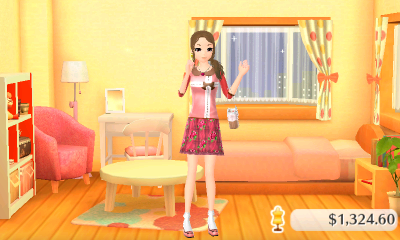 Also I love this Teddy Bear: 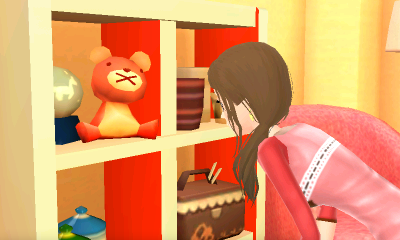 One of my favorite things about the game is that its very dynamic–you walk along the street, posters change, cars move, people move, you can see yourself doing stuff in the scenes….

I’m not sure how exactly the style choices are determined, but I was SO happy when Marble Lily finally showed up. 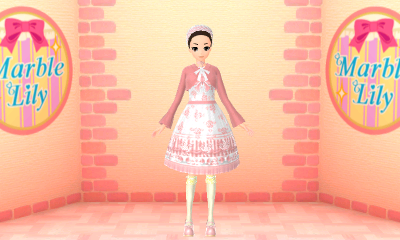 I’m still trying to settle on a good outfit, but here are a few of my favorites so far: 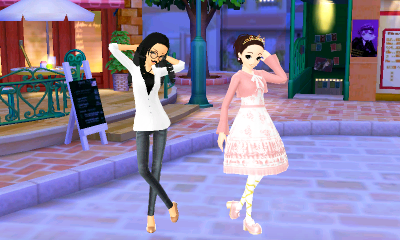 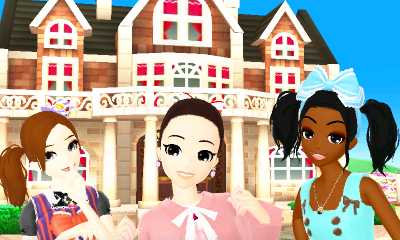 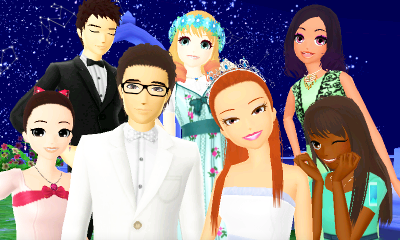 And some photos from fashion shows!: 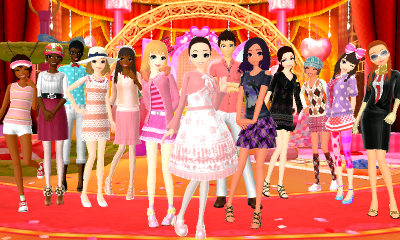 And finally, some fun photos I took: 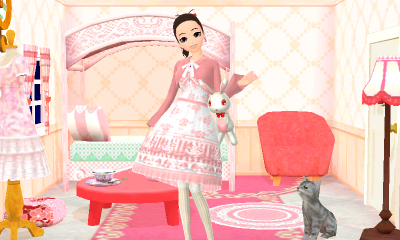 And some designed clothes: 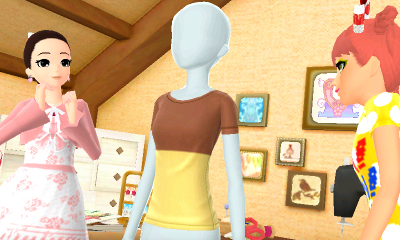 It took so long to get my emblem done: 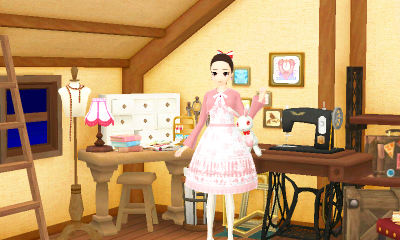 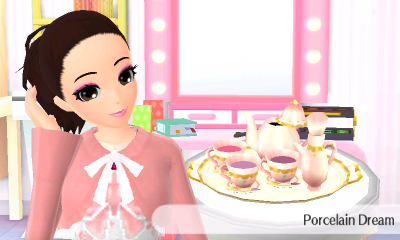 AND I FINALLY GOT THE HAIRSTYLE I WANTED: 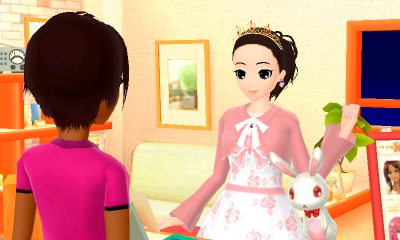 I wish there was a better ponytail though :/ They’re either way too over the top or side ponytails or pigtails and bleh.

I also did the Amiibo a bit… I’ll have to do them again for the other colors of the items, but for now here is my Mii in the outfit I made for the Kirby Amiibo: 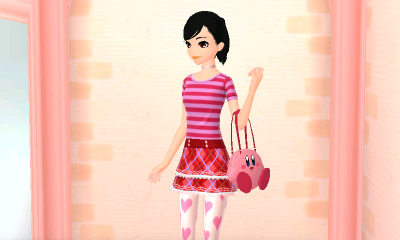 Speaking of Miis, there is a Mii outfit in the game: 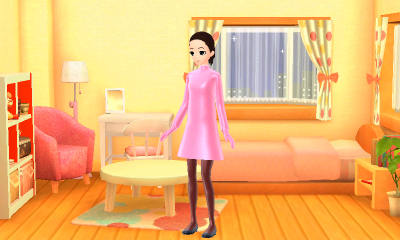 I’ve been enjoying the game a lot. Supposedly Fall hits September 1st so that should be exciting. That will get me two more of the colors I need–the rest require Winter with the exception of one that needs Spring. There are also still a lot of make-up kits I need to get…

My review should be up soon :)