I hope everyone is having a happy holiday season right now! Things have been quiet around here for a lot of reasons and while I’d rather not go into them fully, I will say there is a lot I had expected for this year and pretty much had anything I hoped to do or looked forward to doing get shot down. It sucks, a lot, and unfortunately as the year as gone on that feeling has gotten a lot worse. Christmas is generally my favorite time of the year and anyone who knows me well can easily tell you I haven’t been into the season as much this year.

That said, all the kind messages people have sent, surprise gifts on steam (Thank you so much to Carpet for Castle of Illusion months ago which I really hope to play soon/possibly even stream it and the only reason I haven’t is due to the above and Thank you very much to 7Cubed for Unbox–I can’t really put into words how much that caught me off guard and just meant to me because I just… didn’t expect it at all and it means a lot to me to just feel like I’m being thought about sometimes. A Thank you to two other friends of ours too for Slime Rancher and a Visual Novel. I really want to play/stream all of these games and hope to once I feel like I can really put my mood aside and fully enjoy them), random pieces of art people surprised me with (which you can see some of below), and just in general being kind. 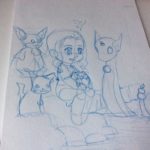 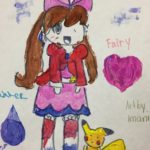 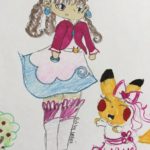 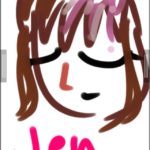 I often feel so easily forgotten and especially so since my birthday this year so to every single one of you who commented here, on Youtube, on Facebook, and/or Twitter and just say Hi or make me feel like I’m not talking into the void, I appreciate it so much.

My general rules for doing things are:
1. Only do it if it’s something I truly want/hope to do. While I’m not necessarily against requests, I don’t believe in doing something just for views.
2. Don’t force any of it. If people want to like my videos, want to subscribe/follow, want to link to it… That’s great, I appreciate it, but I feel asking ruins the point and makes it less special. It’s never something I want to pressure people into doing.

Regardless, there is a lot to look forward to next year. Various games, the Nintendo Switch (and I am incredibly excited to actually go to one of the events in January), and hopefully a lot more things to accomplish.

Moving back towards the holidays, I’ve been trying to make sure I take care of things in various games, such as Disney Magical World 2’s cute mini event. From the 15th until the 24th, you can randomly run into Santa (with the 24th being the last day). I had been trying for ages, but he only finally showed up for me today: 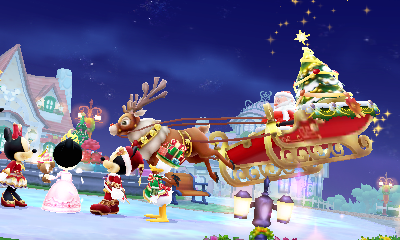 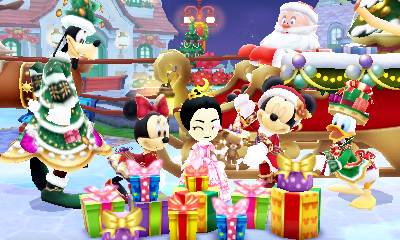 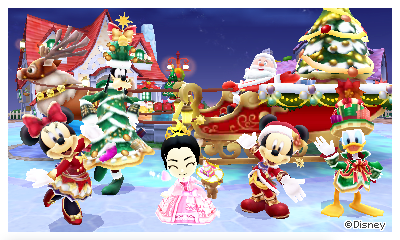 Similarly, today and tomorrow you can be invited to Minnie’s Holiday party when she has a hangout favor: 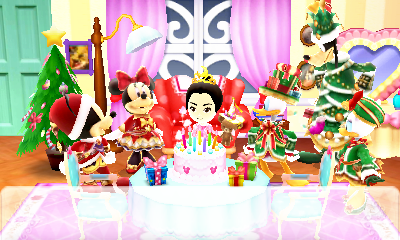 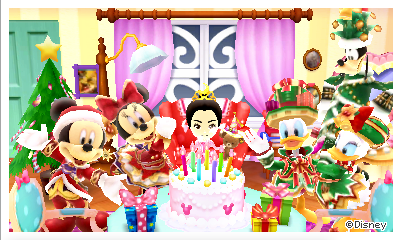 Both events give you some exclusive items so be sure to do them. The next event should be either New Years Eve or New Years Day and I am really looking forward to it.

I’m looking forward to playing Style Savvy tomorrow for a small little conversation event, but it won’t be too much. As for other Christmas events in games, most of it has recently been in mobile games. I’ve been having a lot of fun with Pokemon GO’s and finally got enough Holiday Pikachu to get a Holiday Raichu: 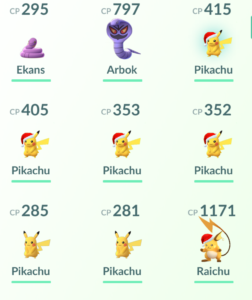 I was really worried as I had only managed to get one Holiday Pikachu so far, but managed to get super lucky these last two days. I still need a normal Raichu though, but Pikachu just aren’t that popular around here. Maybe I can catch enough Holiday ones however…

I have yet to get any of the Johto Pokemon from eggs, but considering the rate increase over the holidays, I’m going to keep my fingers crossed.

Meanwhile, I also did Abyssrium’s Christmas event which is really cool. I love the fish designs.

Miitomo ended up having tons of Holiday-themed Miitomo Drops and even sent out a new holiday Miifoto: 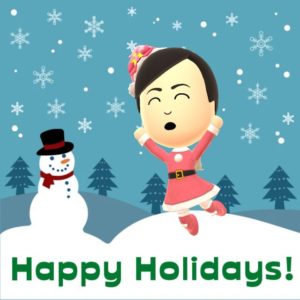 And finally, Super Mario Run has some Christmas items which I really love and actually got me to borrow my father’s iPad for. Here’s hoping connecting with my MyNintendo account will let me keep all my stuff when it finally comes to Android or I’m going to be very sad…

In general, there is a lot I like about Super Mario Run. I think the price point is great as someone who does have a tendency to spend money for those kinds of things and it’s much cheaper than a full game honestly? Like it has a lot of content in it. And there are definitely games I’ve gotten a Lifetime membership to due to feeling like I was purchasing a full games. $10 is like nothing.

That said, two things about Super Mario Run really bug me:
1. The fact that all 5 coins need to be gotten in one go. I always have trouble with one especially and when I get it and then somehow miss on the last one, it sucks and suddenly I have to do it all over.
2. Toad Rally. Toad Rally is cute in itself, but it sucks that this is the only way to get Toads and that you can lose them. There’s no way to protect your Toads. There is no other way to earn Toads. If this game had micro-transactions, man do I wish it was for Toads because I am just suffering so much and really not enjoying Toad Rally at all. Losing sucks enough without losing most of your toads and it just is super discouraging. I really want to get the Holiday items before they’re gone, but I’m struggling to even want to bother when I could easily lose my progress.

I did, however, get the Tree and Poinsettias so far so just the Snowglobe left! I just… don’t know if I will manage to do it.