In general, I went in expecting nothing so I expected to either be pleasantly surprised or okay with whatever was shown–maybe some things would excite me, but I wouldn’t end up upset or frustrated or disappointed. AND YET SOMEHOW THAT HAPPENED ANYWAY…

Before I get to that though, you can check out the Nintendo Direct by clicking here. I’ll also talk about some of the other things first before I get to why I’m frustrated.

So, for one, we got some new Pokemon news… And I’ll admit, I just… don’t care. At most, I’m excited for new customization and Pikachu Valley which looks really pretty: 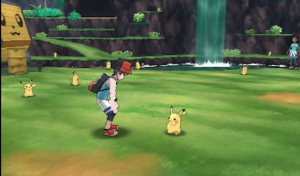 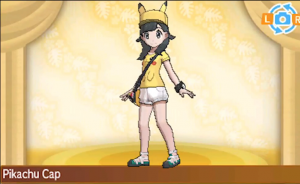 I’m just really hoping for better hairstyles especially. And it’d be nice to see other Pokemon costumes like a Mega Audino lolita-princess dress, but Mega Audino never gets any love so I don’t know why I’m hoping.

Next up is Lady Layton/Layton’s Mystery Journey which will be coming out for the 3DS early October. Even though I bought the Mobile version and all the DLC, I’m much more excited for the 3DS version and the Flora costume: 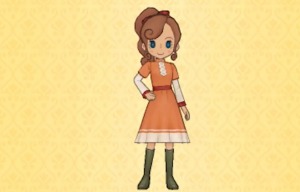 I still wish it came out worldwide here like it did in Japan :/ Considering it’s supposed to be the same content and the mobile version is voice acted too, I don’t really understand the delay.

Then I was very surprised by the Mario Party announcement…

I’m curious if it’s just the minigames or has an actual normal Mario Party mode too with favorite courses. I’d really like that, though, I think I would’ve preferred to see this on the Switch then the 3DS.

After that, was the Snipperclips DLC announcement which looked fun, some stuff on Dragon Quest Builders coming to Switch which I still want to try, and Project Octopath Traveler which looks interesting, but I’m still not sure if I’d personally play it.

We then came down to Super Mario Odyssey stuff which I’m just so excited for. 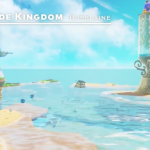 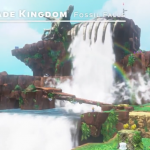 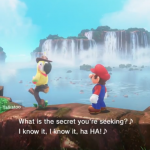 The worlds look amazing. I can’t wait to collect souvenirs: 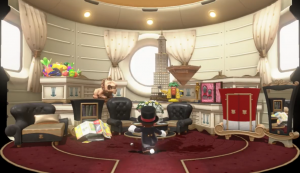 And between the playing with a dog and jumping into paintings (I have so much love for Super Mario 64), it just looks so good and I can’t wait.

I also really like this pouch and kind of want it, even if I’d prefer a different color: 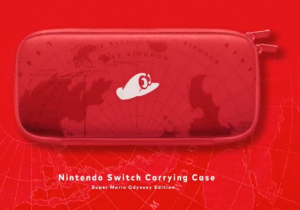 Now onto why I’m so frustrated… And the answer is, well, this:

A trailer for Girls Mode 4 (The Style Savvy series here) which was also showed during Europe’s Nintendo Direct as New Style Boutique 3, but absent from the US one.

It comes out November 2nd in Japan and November 24th in Europe. And maybe eventually in the US? For reference, the last game came out in April 2015 for Japan, November 2015 for Europe + Australia, and August 2016 for the US–nearly a year after Europe’s release despite it being a literal port using European terms, brand names, and spelling along with other edits they made (such as appearance changes to the characters).

And so that’s what I’m expecting here. Maybe we’ll see it in 2018, who knows, but I’m so angry about it because I LOVE that series and for some reason, we’re not also getting it in November? We are already ignored for the DLC by quite a bit. Why does Nintendo of America hate this game so much? I really want to know. I’d love to be receiving it November too, even if it’s just a port, but if we’re not, at least bother localizing it this time. Or explain why we’re once again stuck waiting.

Personally, I would’ve rather seen it on the Switch than on the 3DS again (and it’s only been two years since the last one in Japan… And I’m guessing because we got 3 so late is part of why we have to wait longer, but I genuinely don’t care and just find this upsetting), but it still looks really nice. There’s a new vocalized theme song, your choices have a lot more influence on the game’s stories, and the cutscenes look more varied too.

But we’re stuck waiting. Again. For who knows why. And it just… it really sucks. I’m not going to get a European version just to play it, but I just… need to impatiently wait for now I suppose. :/