So, this year I decided to do something differently as I didn’t think I’d have too much to say overall this year for many reasons. I mainly used Twitter for “as it happens” thoughts and figured I’d go on more about the rest after Nintendo’s conference. I worked on this after each conference so… :P I will most likely keep Treehouse Live stuff to my twitter though so be sure to check that out for any opinions I may have on Treehouse things.

EA’s conference was… boring to say the least. But a few things caught my eye, for one, Unravel 2!! 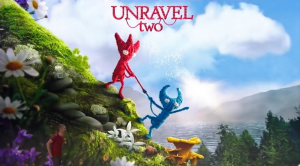 I love Yarny so I was super happy to see this game. And he has a friend now!! 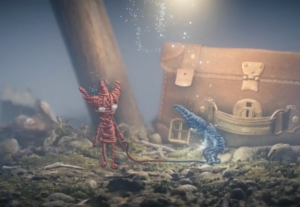 I really want to know their name too. I wish they’d make an official Yarny if only because all of my attempts to make one have gone terribly.

Sea of Solitude was the next game that caught my interest. 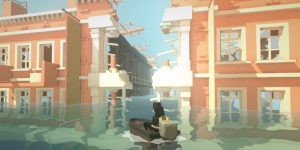 I think it looks gorgeous and sounds interesting, but I also feel it may be a game I’d rather watch than play.

The only other game to even kind of get my interest a bit was Anthem… In the sense of customization and being able to play with friends, but it depends on a lot more features and how it’ll work for me to know if I’ll try it or not. At least I know I can be pink.

They kicked it off with Halo Infinite which honestly looks very pretty.

I haven’t played the last few games, but it has a special place in my heart so depending on it, maybe I’ll try this new one.

Next up to catch my eye with Ori and the Will of the Wisps and it’s so beautiful. 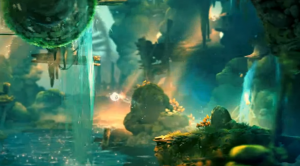 I really want to play it. I still need to play Ori and the Blind Forest though…

I made a few more comments on Twitter, but I will say I am kind of thinking of trying out Kingdom hearts 3 despite not really being interested… The new one just looks very interesting to me. Forza Horizon 4 also looks great and I CAN RACE IN A BUGGY.

I still plan to get Tomb Raider, Ms. Chalice looks adorable and I almost wish I liked games like Cuphead just so I could play as her, and I’m still excited for Tunic, but being already excited not much changed there.

I genuinely really enjoyed watching Xbox’s presentation despite there not being TONS of games I was interested in. It was a lot of fun and exciting regardless.

So, I don’t really play any Bethesda games so I don’t have too much to say, but here’s a few things:

-All the call-outs. Including on themselves. Wow.
-Surprised they did a concert, but I kind of enjoyed it anyway. I like rock music. The audience needs to learn to have some fun.
-Fallout 76 looks kind of interesting? I’d at least get to play with my husband.
-The Elder Scrolls: Blades… I wasn’t going to try it because mobile games, but I get to create a character and make my own medieval town and so I may end up doing so after all.
-The Elder Scrolls VI looks really pretty.

Starting out with Tomb Raider, but like I mentioned with Microsoft, I was already looking forward to it. Nothing showed really made me want it more or less so :P

In general, I think most of what they showed was nice and I really want to hear the full version of Utada Hikaru’s new song. It’s so pretty.

Also really curious about what exactly “The Quiet Man” is… The preview wasn’t really informative.

Ubisoft always has to start with some kind of musical performance. I can’t help but worry about them a bit sometimes. Despite the insanity, I still think Trials Rising looks kind of fun: 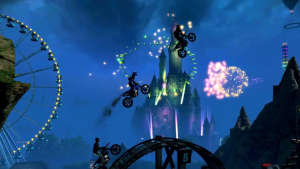 The next thing to really get my eye was the footage of Rabbids Donkey Kong DLC. I’m not a super big Rabbids fan or particularly fond of tactical gameplay, but I have to admit I really loved the new locations? So many nice places. 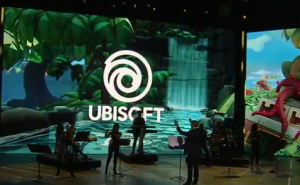 Also the music was fantastic.

Still genuinely excited for Starlink! It looks really good and I can’t wait to see all the different things you can buy and put together. And Starfox is in it?! It’s super exciting and Fox looks great. 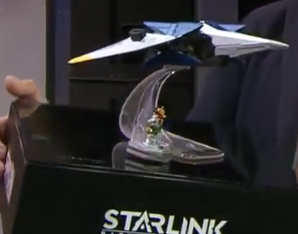 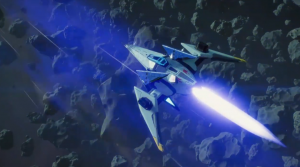 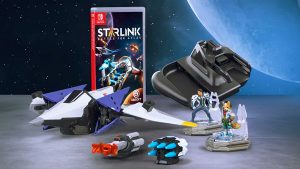 Even the figures look great.

So, I was looking forward to this show to begin with because I know Ooblets will be shown during it. But The Sinking City actually caught my eye as well. I really like Detective Games, but I’m also worried it may be a bit too creepy for me. I’ll have to see.

For the most part though, this conference has just felt so… slow and draining, but OOBLETS LOOKS SO GOOD: 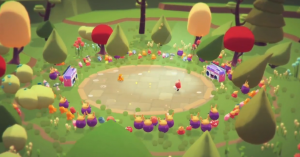 DANCE BATTLES. I LOVE THEM SO.

Sony… went a really unique way with their presentation–almost a bit creepy? At least to start… I do like the idea of kind of setting up the entire “booth” area for each trailer they did, but at the same time, at least the first was kind of unsettling.

Ghost Giant looked cute, but I don’t have any interest in a VR game. I wish there weren’t exclusive VR games.

The next area seemed a lot more open at least… I also don’t know how to feel about how they keep opening with someone playing a unique instrument of the theme, but it is nice to hear and a big applause to the lovely musicians.

Still pretty excited for Dreams too. Hoping I can maybe make the Little Big Planet idea I’ve always had in mind into reality. Kingdom Hearts 3 also looks even nicer in this trailer. I am so happy Rapunzel is in the game.

Sadly, that was really it for Sony. They didn’t show much, but it was still nice.

I still have so many questions about the Let’s Go Pokemon games and they weren’t really answered… But Pokeball Plus comes with Mew so now I need one even more.

We also got to see a bit of an upcoming Mario Party which while it looks good and shows some neat functions, didn’t show me enough to know for sure if proper maps are back, cars are gone, and/or if there’s online multiplayer T~T But fingers crossed it’s better than the last few.

The new Fire Emblem looks really good too, but after Fates I think I may just watch someone else play or something… I did enjoy Echoes though, but that was a remake so….

The Smash Brothers trailer is crazy and it’s so nice seeing EVERY single character back. I like how you start with the original roster as it grows too.

Also I want to buy this as a poster. And I can even play as a female Pikachu now aaaah T~T <3 AND AS A FEMALE POKEMON TRAINER YAY. Even though they didn't show much, that was crazy. I will admit I was surprised we didn't hear about several games we still could really use more information on, but maybe we'll hear more about them during Treehouse Live. --------------------------------

For the most part, I enjoyed this E3! More often than not, I felt hyped up even if I didn’t particularly want anything, so I still enjoyed it <3