So, with the press conferences having begun, I figured I’d at least make my E3 thoughts as usual :) I know I won’t always have tons to say, but it at least gives me a good idea on what upcoming games I want to get.

EA had put up their schedule ahead of time so I knew there wasn’t too much that interested me. Regardless, it was exciting to see more of Star Wars Jedi: Fallen Order both here and at Microsoft’s (and I wouldn’t be surprised if we see it again at some point during E3) which looks great. BD-1 is so cute and I loved how they had an actual one at the conference. 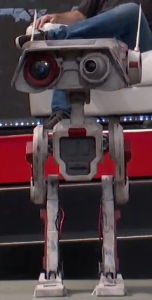 I’m really hoping some version of it could end up showing up at the Droid Depot (and even custom droid making) over in Galaxy’s Edge. Fallen Order also just really makes me miss playing SWTOR :(

The only other thing to stand out for me, unfortunately, was the new Sims 4 expansion which I’m so behind on expansions right now, isn’t super on my radar. I think it looks fun and I loved some of the new content it showed, but I think I like the idea of the Sims more than actually playing it. I don’t really play it to the full extent it could be, partially due to getting overwhelmed easily with too many options, and so I’m not sure when I’ll get around to picking it up along with the other expansions I’m missing.

The other thing at this point is it just gets so expensive picking them up too and I don’t know, some of these features I just wish made it into the full game. In general, it feels like games are often coming out a bit more bare bones because they can just patch it later or do DLC and it’s kind of exhausting to deal with.

Microsoft was absolutely my favorite of the day because despite technically also only one thing I was super interested in (that said, there were multiple things I liked or had some interest in, but only one thing that actually hyped me up), it was just a… fairly hyped up conference by the end. It absolutely started off slow and despite mixed feelings I’ve seen from some people about Keanu Reeves being there, I don’t really mind “celebrity” presences–I hope he does like games and he seems nice enough.

Cyberpunk 2077 is a weird game to me as I’m really interested in creating a character and the world, but I don’t know how much fun I’d have actually playing it so I may do something similar to when I played Fable 2 and 3 with my husband.

Ori & Will of the Wisps still looks absolutely beautiful and I really want to play it… But I still need to play the first game so it’s my goal to try and do that before the sequel ends up coming out. I get chills every time I hear the theme from the trailer for this game though and I absolutely love several songs from Blind Forest’s soundtrack as well.

Spiritfarer also looks like a really pretty game, but I don’t think the story itself is for me.

The Legend of Wright is what grabbed my attention next as it reminds me of those activity books you can buy for long trips or are available for kids through restaurants. I actually love those kinds of things so I felt a huge wave of nostalgia just looking at the game. 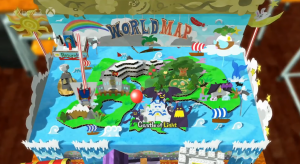 I really want to learn more about the game, but it’s definitely on my list of games I’m thinking of getting.

We then hit the full Indies slideshow which I always have mixed feelings on. I think it’s great to see Indies at the show, but it goes so fast and I don’t always manage to get the names or get a good idea of what the game is even about. Despite that, there were a couple that caught my eye:

Microsoft Flight Simulator’s main feature was that it looks really pretty, but I’m curious if they expanded it in any way or it’s still super focused on just being a flight sim, but in HD.

That said, it’s genuinely so pretty, I may have fun with it anyway. If only to fly and see all the animals.

12 Minutes is what caught my attention next, though, I think it’d be a game I’d prefer seeing Let’s Played over playing myself. In some ways, it made me think of 999, but I’m guessing there will be less talking to people through time and space.

Forza Horizon 4, which I genuinely still need to get, is getting a new expansion that is Legos themed and just… really made me wish there was kind of a Legos Racing game that was similar to Modnation Racers which was a great game and I’m sad it only really got one main installment.

We then hit something I don’t think I could have ever predicted showing up again, let alone thanks to Microsoft: Phantasy Star Online 2. The game came out in 2012 in Japan and was originally said to be out 6 months to a year later in English. Despite a demo with some dubbed voice lines in English, the project suddenly stopped getting any updates altogether in English. The site even closed down in 2017.

I had started playing the game in Japanese with a few friends and had a lot of fun with it, but the amount of hoops we had to jump through to stay updated, patch, and even be subscribed to the game was frustrating and it’s the main reason we stopped playing.

So to see the game resurface all of a sudden now after so many years is mind-boggling. I’d love to see them let us transfer our characters in some way, especially as I worked super hard on mine: 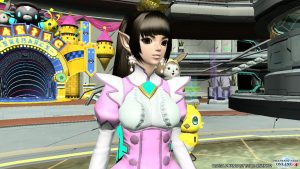 But I’m so happy it’ll finally be available in English. My head has honestly been reeling from this announcement since it happened and is part of why I’m still up at nearly 5AM buzzing with excitement. I still can’t wrap my head around that this even happened.

My husband has recently gotten into the Tales of Series due to one of our friends and so they were looking forward to Tales of Arise which honestly looks really nice. I really like this character’s design: 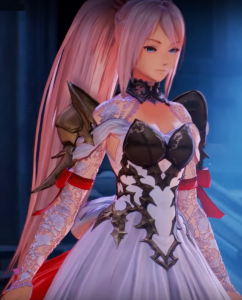 The sword pulling made me think of Dantalian which just makes me all the more curious about the game’s story.

Finally, Project Scarlett, the next “Xbox” was brought up and while we originally felt we would be unlikely to get another Microsoft console considering how little we play our Xbox One, the conference itself won us over to feel otherwise and pick one up anyway. Halo Infinite also looks really good and I’m looking forward to it. While I am a bit tired of new consoles at this point, I just hope it’ll be nice.

I sadly don’t have much to say about Bethesda, but I guess I’ll start with the Fallout 76 updates. While I’m happy they’re updating the game for those playing, I feel some of the features they added should have been there for the start (Like… NPCs and storylines). It shouldn’t have just been an empty sandbox. I’ve never been fond of Battle Royale modes so I have nothing to really add there, but it’s nice to see some improvements.

They did bring an update to Blades, their mobile game, but ironically, it seems to have just made some quests harder over more balanced. Or maybe they were supposed to be that hard before and weren’t–either way, I still feel stuck in the game no matter how nice some of the items in it are.

I will say one big issue I felt from Bethesda’s panel is a lot of the games they showed had fancy trailers, but really didn’t explain what the game was about or what was going on. Like a lot of flashiness, but not much substance.

If there’s a press conference I’ll have even less to say about, it’s this one. Devolver Digital continues to be more about its performance over any kind of news which I know some people have fun with, but I don’t. I’d take endless Ubisoft dance party parades to this.

It’s gore-y, it’s not funny, and it takes up so much time which I guess is to just fill in that they didn’t have much to show.

Despite that, I actually did enjoy a game they showed–Fall Guys.

It reminds me of some of the more obstacle-focused game shows (Like Sasuke/Ninja Warrior) and some of my favorite Mario Party minigames. It’s just fun courses to try and go through as quick as you can. I just hope maybe you can play with smaller numbers if you just wanted to play with friends and/or be able to play against AI versus 100 players always.

And that finishes up my thoughts! Our next conference is in about 7 hours now and I’ll likely either do a post with them later or tomorrow after Nintendo’s as well so Nintendo isn’t all by itself.